Anthony Calvillo was one of the greatest quarterbacks in CFL history. With a rich and rewarding career spanning 2 decades – 16 seasons...

Anthony Calvillo was one of the greatest quarterbacks in CFL history. With a rich and rewarding career spanning 2 decades – 16 seasons...

Anthony Calvillo was one of the greatest quarterbacks in CFL history. With a rich and rewarding career spanning 2 decades – 16 seasons with the Montreal Alouettes – he racked up numerous honours including three Grey Cup championship wins, three CFL Most Outstanding Player awards, and the record as the league’s all-time leader in passing yards and touchdown passes. Calvillo hung up his cleats earlier this year. But on and off the field, he remains strong, tough, and quick just like his wheels: a 2014 Jeep Grand Cherokee.

PG: Why did you buy a Jeep?

AC: “I really liked the way it looked. I saw it on the road and I was like, man what kind of car is that? Then I saw it was a Grand Cherokee and I decided to get one. I love the way it drives. It is very, very smooth on the road.”

PG: What does a Grand Cherokee say about you?

AC: “It’s a very nice looking car. What it says about me is I like to drive comfortably, in style, in a beautiful car.”

PG: Are you planning any family road trips now that you have this free time on your hands?

AC: “We always try and take off somewhere. Right now, the plan is to go back to Florida during spring break. We always travel with the kids. This summer was my first summer off so we went to Europe for five weeks. My wife has family in Germany and Greece so we had a chance to see the sights in Europe. It’s beautiful. We had a great time with the kids.”

PG: Did you drive on the Autobahn?

AC: “I did drive on the Autobahn. I was looking forward to it. I was expecting all of these cars to be going very fast and flying. Everybody was very respectable. I got up to 140 clicks at one point – I felt that I was going pretty fast. I was driving a rented Mercedes-Benz minivan.” 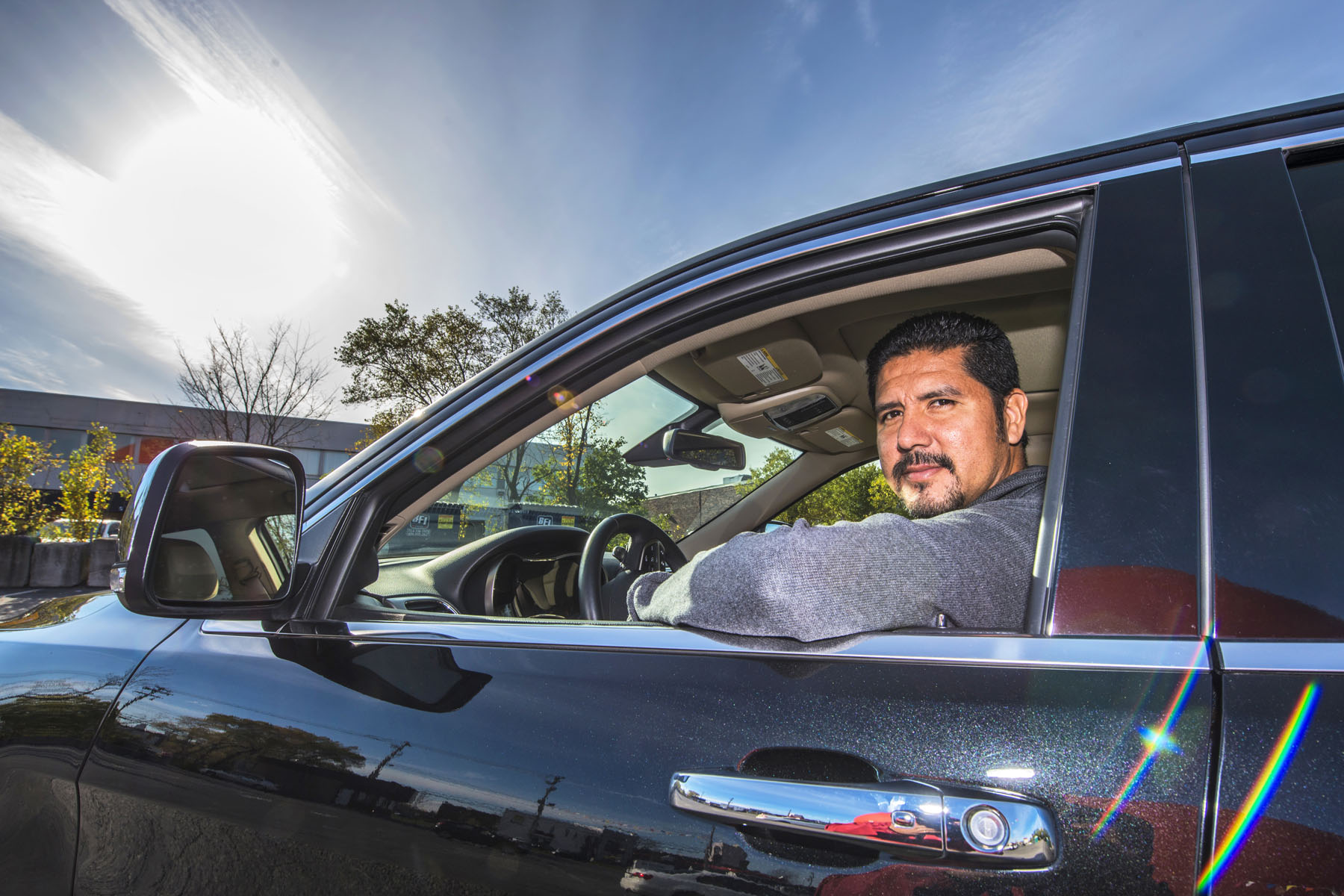 AC: “The first car I purchased was a Toyota 4Runner in 1995. At that time, it was about $18,000. I had it for a while and then I bought a Ford Expedition, a Ford Explorer, and then a Toyota Sienna minivan when the kids came along. After that I got a Dodge Ram truck.”

“The funny thing is I actually bought my mom a car. It was a Hyundai Accent in 1995. That car, believe it or not, lasted for about 18 years! That thing was passed from my mom to my brother and then to my nephews. It finally gave out about a year or two ago. It was pretty insane. That thing went forever. It was pretty amazing.”

PG: Do you prefer buying new or used vehicles?

AC: “We’ve done both. My Toyota was used. The Expedition was a one-year-old demo. The last few cars we’ve bought have been demos. They’re new, but they’re not brand spanking new.”

PG: What was your favourite ride?

AC: “The Dodge Ram. I never knew I was going to be into pickup trucks until I purchased one. The flexibility of being able to move things or pick up something from a store. And there was so much room in the back seats. It was like you were in a regular car. I really enjoyed that vehicle.”

PG: Have you owned any lemons?

PG: How old were you when you started driving?

AC: “I was 15. In California, I got my driver’s licence at 15 and then started driving right away.”

PG: What’s your driving record like – do you have any speeding tickets?

AC: “It’s good. I’ve had only one speeding ticket, back in high school. Other than that it has been smooth sailing.” 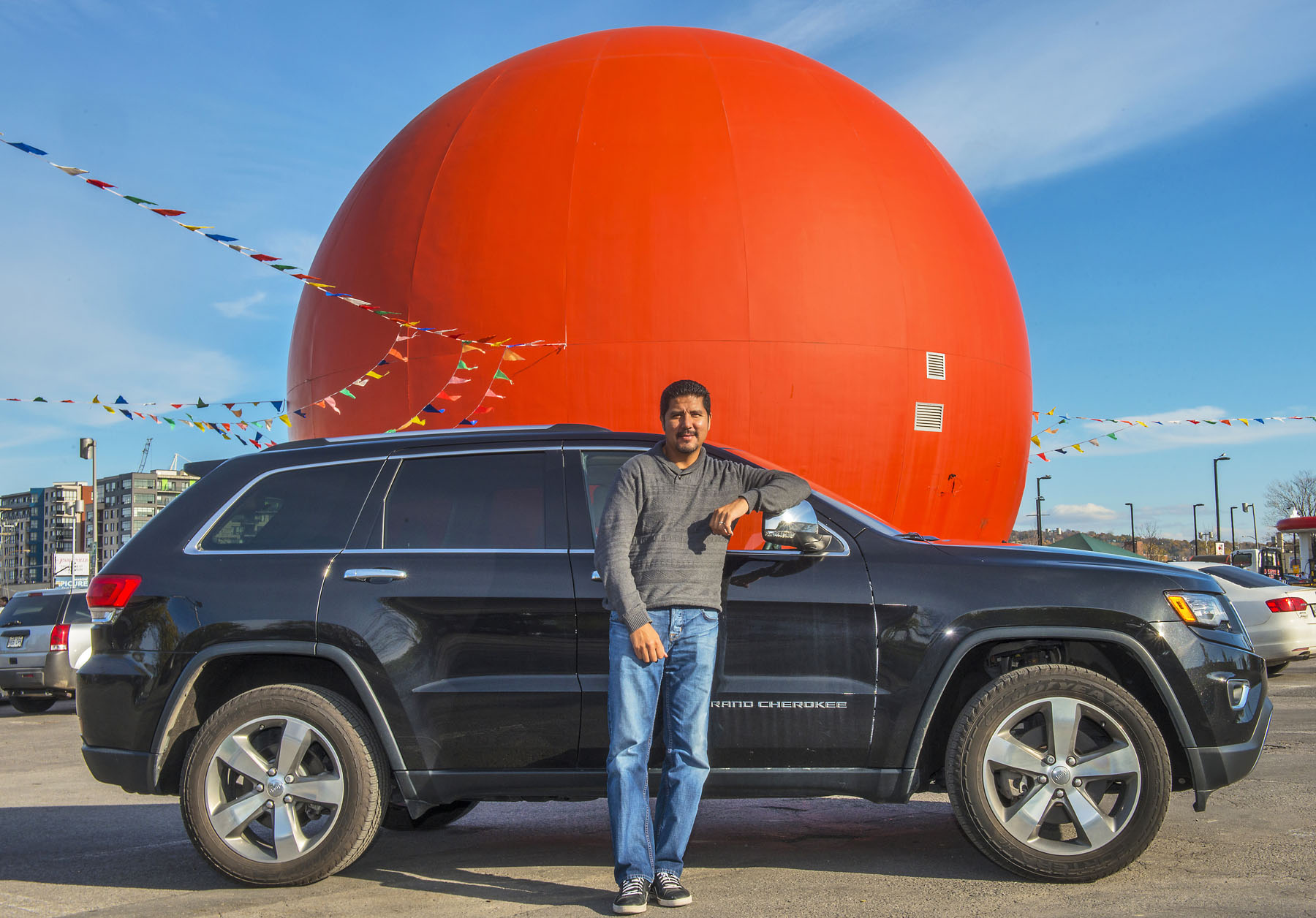 PG: Do your daughters keep you in line on the road?

AC: “They’re on me, believe me. They can tell when I push on the gas. When you push on the gas, it sounds loud and they think you’re going really fast. They monitor me pretty well.”

PG: What’s your best and worst driving story ever?

AC: “My worst: I wasn’t driving, I was a passenger in a Toyota Camry. I was at Utah State and I was traveling back to California with some friends. The driver fell asleep and we rolled a few times. I was laying in the back of the car sleeping with no seat belt on. I felt the car swerving. I looked up and I noticed we were on the median in the grass area of the highway and then all of a sudden we started slipping. I remember the back window breaking. I thought, “Am I going to fly out of the car?” I stretched out my arms and legs. We all walked away fine, but that was the scariest thing that ever happened. After that I always put on a seatbelt.”

“My best: I’ve actually driven to California from Montreal a few times by myself. It took three-and-a-half days. I enjoyed having the window down, eating sunflower seeds, blasting the music and driving. That was a fun time.”

PG: What music were you blasting?

AC: “I like R & B music. I usually listen to the Heat, an R&B station on satellite radio. When my kids are in the car with me it’s always on the Disney Channel.”

PG: Do you sing behind the wheel, too?

PG: If I could bring you the keys to any vehicle what would it be?

AC: “A Porsche Panamera. It’s too far out of reach for me, but it’s a beautiful car.”

Upcoming:
• Finishing his degree at Utah State via correspondence courses
• Plans to go into coaching

See more
My world revolves around cars! I'm an award-winning automotive journalist who covers cars for the newspaper, online, and TV.