He’s one of Canada’s brightest country music stars. Dean Brody has topped the music charts with hit singles such as Brothers, Bounty...
Advertisement

He’s one of Canada’s brightest country music stars. Dean Brody has topped the music charts with hit singles such as Brothers, Bounty... 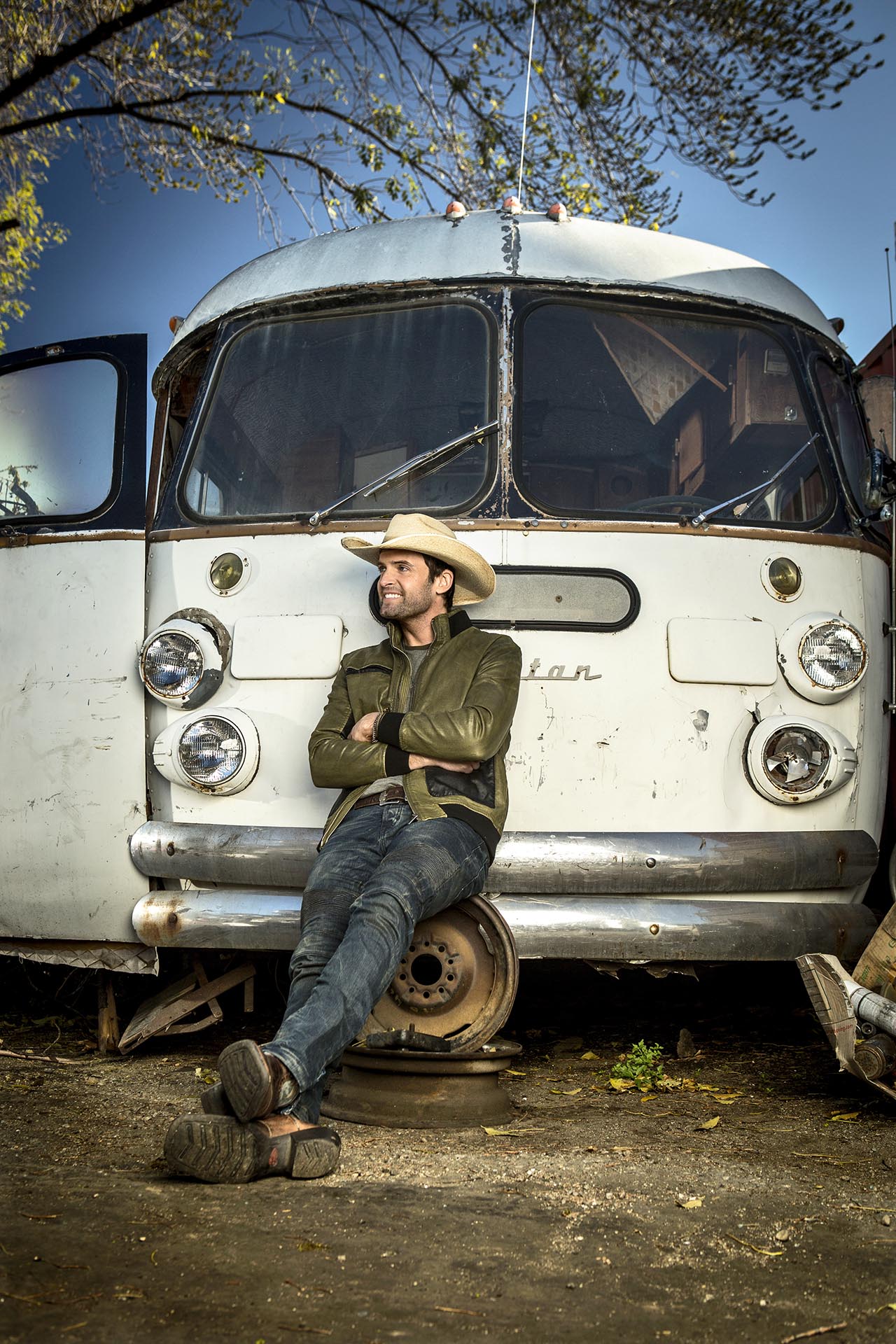 He’s one of Canada’s brightest country music stars. Dean Brody has topped the music charts with hit singles such as Brothers, Bounty, It’s Friday, and Canadian Girls. His last album, Crop Circles, swept the music scene and the awards circuit, winning a 2014 Juno for Country Recording of the Year and a 2014 Canadian Country Music Association (CCMA) award for Country Album of the Year. Brody hopes to repeat that success with his latest album, Gypsy Road, which goes on sale April 21, 2015. Shortly after, he’ll hit the road criss-crossing the country for his Canadian tour. But he won’t be driving his wheels: a 1999 Nissan Sentra nicknamed “Roach” because “she just won’t die.”

DB: “When we first moved to Nashville we had no money. At first, I had a bus pass, but they don’t have a good bus system in Nashville. So I bought a Ford Escort, but it broke down the same day I bought it. It had a cracked engine block. I had a mechanic look it over and he gave me the green light, but I didn’t even get it home from the place we bought it.

DB:  “But it’s been faithful. There’s something about it – you’ve made memories. You’ve gone through life in that car. That car saw my first days in Nashville. It saw me get my record deal. It’s really special. It’s like an old friend. A lot has happened between then and now. Something about the Roach helps me maintain perspective on where I’ve come from and part of me never wants to leave who I was when I bought that car. Maybe that’s why I have a love for something that a lot of people probably think I should just take to the wrecker.

“I know when I go through the Tim Hortons drive-through people are thinking, ‘what is Dean doing in this piece of junk?’ It’s got blue smoke coming out the back. The oil pan starts rattling when it’s idling. It’s embarrassing, but I always get a kick out of it. I love the unassuming aspect of driving in that car.

“My local mechanic always gives me a hard time when I bring Roach into the shop. He’s like I can’t believe the Dirt Road Scholar is driving a piece of junk! Even my wife is like, ‘You’ve got to get rid of that car!’ She generally doesn’t go around with me in this car so the passenger side becomes a garbage can. I take it to my worksite. I haul rocks with it, pieces of iron, rusty old bolts. It’s a joke in our house. Roach is just a garbage can on wheels.

“But it’s tough to let it go. It broke down a couple of times on us this winter so I’m thinking it’s about time I buy my dream truck. It’s not proper for me not to have a truck. For ten years, I’ve had my eye on a ’68 Ford Mercury pickup, but it’s hard to find.”

PG: “Why would you want an old truck?”

DB: “There’s something about time that is reflected in an older vehicle. It’s nostalgic and brings back memories. There’s something about the era – it’s a throwback. It’s vintage. It’s unassuming. It’s quite evolved, stylistically. It still has part of that malt-shop look to it. I finally have the ability to get my dream truck, but it’s hard trying to find it, especially out in the East Coast so I’ll probably end up with a newer truck this year. You’ll have to do another article after I get the truck so I can redeem myself!”

PG: “What was the first vehicle you ever drove?”

DB:  “My dad’s ’71 Chevy truck. I just loved it, but I could hardly shift it – it was awful. It was embarrassing. Getting into first gear was tough. It was a really embarrassing truck to learn on, but it was cool to be seen in. Man, the noises I made learning how to use that clutch at intersections were epic.”

PG: “What was your first car?”

DB: “The very first car I bought was a [Toyota] Celica. I felt like it was a hot car back then. It was $1,300. I worked all summer at the sawmill to buy it. I was really proud of it. Then, we had our first child and we moved into a Chevy Venture minivan. Then came the Ford Escort and then the Sentra. I have this thing about driving cars into the ground.  I’ve never actually sold a car – it’s just ended up in the wreckers.”

PG: “What do you listen to on the road – your own music?”

PG: “Have you ever been pulled over by a cop?”

DB: “The first time I was pulled over by a police officer was when I had my learner’s license. I was on a quiet country road and I thought I was driving responsibly. So when the lights came on in the rear view I was freaking out and so was my mom, brother, and sister who were also with me. The officer came to the window, apologized and said ‘Oh, I didn't realize you had other occupants. You matched the description of a guy who has been jumping out of his car in a housecoat and exposing himself to folks in the area!’ ”

DB: “The car is very unassuming and that’s what I love about it. It’s anonymous. I love to perform and I love to write songs, but there’s a big part of me that loves being anonymous. That car is past the point of anonymous now – it’s embarrassing being so loud and broken. When I’m driving in that car nobody can tell it’s me in there except for local folks.”

PG: “Do you ever drive the Sentra to gigs?”

DB: “No. That’s all buses and the big Prevosts. In the photo I sent you, we’re in front of an old ’47 Spartan coach – it’s a beauty. We did the photo-shoot in this old wrecker junkyard in California… it was like walking back in time. It reminded me of the malt-shop days and the kinds of buses musicians would have toured on back then. It was a great era musically and also stylistically in the automobile world.”

Notable achievements:
• nine-time CCMA Award winner and three-time JUNO Award nominee
• worked at a sawmill before pursuing his musical career
• released his self-titled debut album in 2009
• other albums include Trail in Life (2010), Dirt (2012), Crop Circles (2013)
• his foundation, The Dean Brody Foundation, helps rescue and prevent young girls from being exploited in child prostitution and human trafficking in Brazil and around the world