The BMW Isetta is one of the most iconic micro-cars of all time, but did you know that the boys from Bavaria didn't actually design...
Advertisement

The BMW Isetta is one of the most iconic micro-cars of all time, but did you know that the boys from Bavaria didn't actually design... 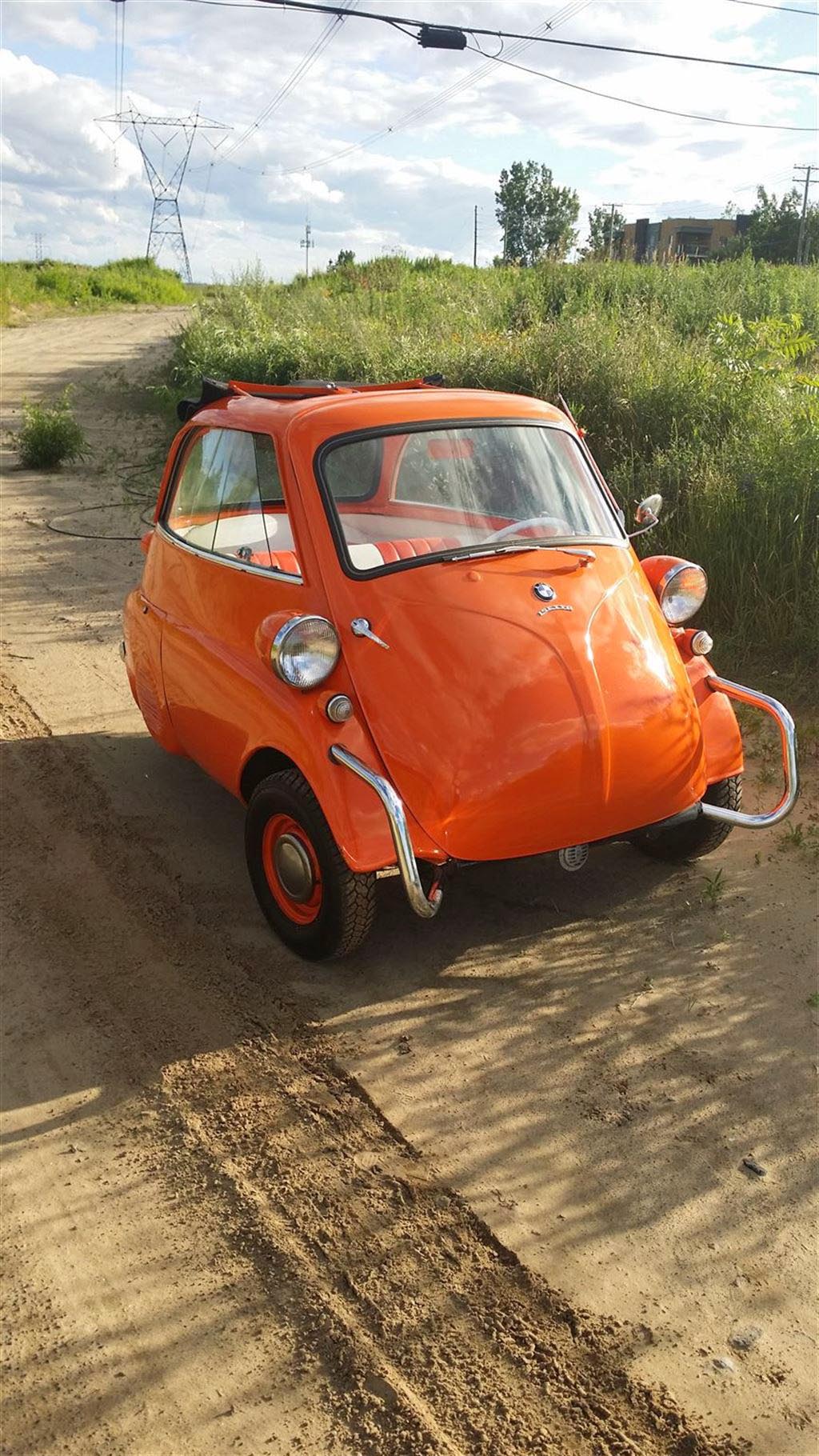 The BMW Isetta is one of the most iconic micro-cars of all time, but did you know that the boys from Bavaria didn't actually design this unusual egg? The original Isetta was in fact conceived by a company called Iso SpA, which hailed from Italy. More concerned with building appliances, scooters, and motorcycles than passenger cars, the 'Iso Isetta' (or 'Little Iso') was a novelty immediately upon its 1953 debut. No one had ever seen a mass-market car before that asked you to enter through a forward-facing door, or which featured a three-passenger design motivated by a two-stroke engine displacing less than a third of a litre.

The BMW Isetta belonging to Benoit Morin represents the fourth iteration of the bubble car concept, after experiments from both French and Brazilian automakers in licensing the design from Iso. Unlike past efforts, however, BMW poured a fair amount of resources into the unconventional commuter, giving it two new engine options (a 12 horsepower, one-cylinder four-stroke model, and a slightly larger version of the same good for 13 horses), and a significantly revised drivetrain. In BMW's hands, the Isetta became noteworthy not just for its oddball personality but also it's incredible frugality, with 4.0 L/100 km possible from careful drivers (are there any other kind in a vehicle this small?).

Benoit Morin purchased this particular Isetta just over a year ago from Canadian restaurant chain Pizza Pizza, which explains its bright orange 'company colors' promotional paint job. No stranger to the marque, the one-cylinder pumpkin is actually part of a trio of Isettas that he has accumulated over the years, and this model possesses the traditional oversize Isetta sunroof that was intended to double as an emergency exit in the event of a frontal collision (that was somehow survivable). Why choose such an uncommon car to collect? For precisely that reason, Mr. Morin told us: because it's an iconic and not-often-seen automobile that is nothing if not original.

We had to ask what it was like to drive a vehicle with a top speed of 43 mph (70 km/h) in modern traffic – especially one that takes half a minute to hit 50 km/h from a standing start. Benoit told us that despite the BMW Isetta's mechanical limitations, it's actually a joy to drive around town, and that everywhere he goes people are happy to see the car and crowd around him to ask questions about the little oddity. He also added that he can park absolutely anywhere, which we have no trouble believing, as you could probably put the Isetta in a backpack and take it inside with you if you didn't want to leave it on the street.