Dynamic duos Jonathan and Drew Scott gained fame after a string of successful hit TV shows including Property Brothers, Buying & Selling, Brother vs Brother and Property Brothers At Home. Jonathan, a licensed contractor, and his twin brother Drew, a seasoned realtor, have turned their passion for property makeovers into serious profits. But they haven’t splurged their earnings on exotic cars. Jonathan owns a 2008 and 2014 Chrysler 300; while Drew drives a 2013 BMW 328xi – his fourth Bimmer in a row. And when it comes to their wheels, their sibling rivalry is as strong as ever.

JS: “My original one, the 2008, is in Vegas for bumming around and my 2014 is in New York while we’re filming. I love the Chrysler because it gives me the headroom I like. We’re from a tall family and all my friends are over 6’ ft. tall. It’s definitely a spacious car. That’s what I like.”

PG: Drew, is your BMW better than Jonathan’s car?

JS: “I agree that Drew’s navigation is superior in some ways. But one thing I don’t like about his car is there’s no back-up camera. With my car I can see everything behind me, all the way around and I have the 360 sensors.”

DS: “I have the infrared on the BMW. I’m fine with that. But I admit I would prefer to have actual full cameras and the 360.” 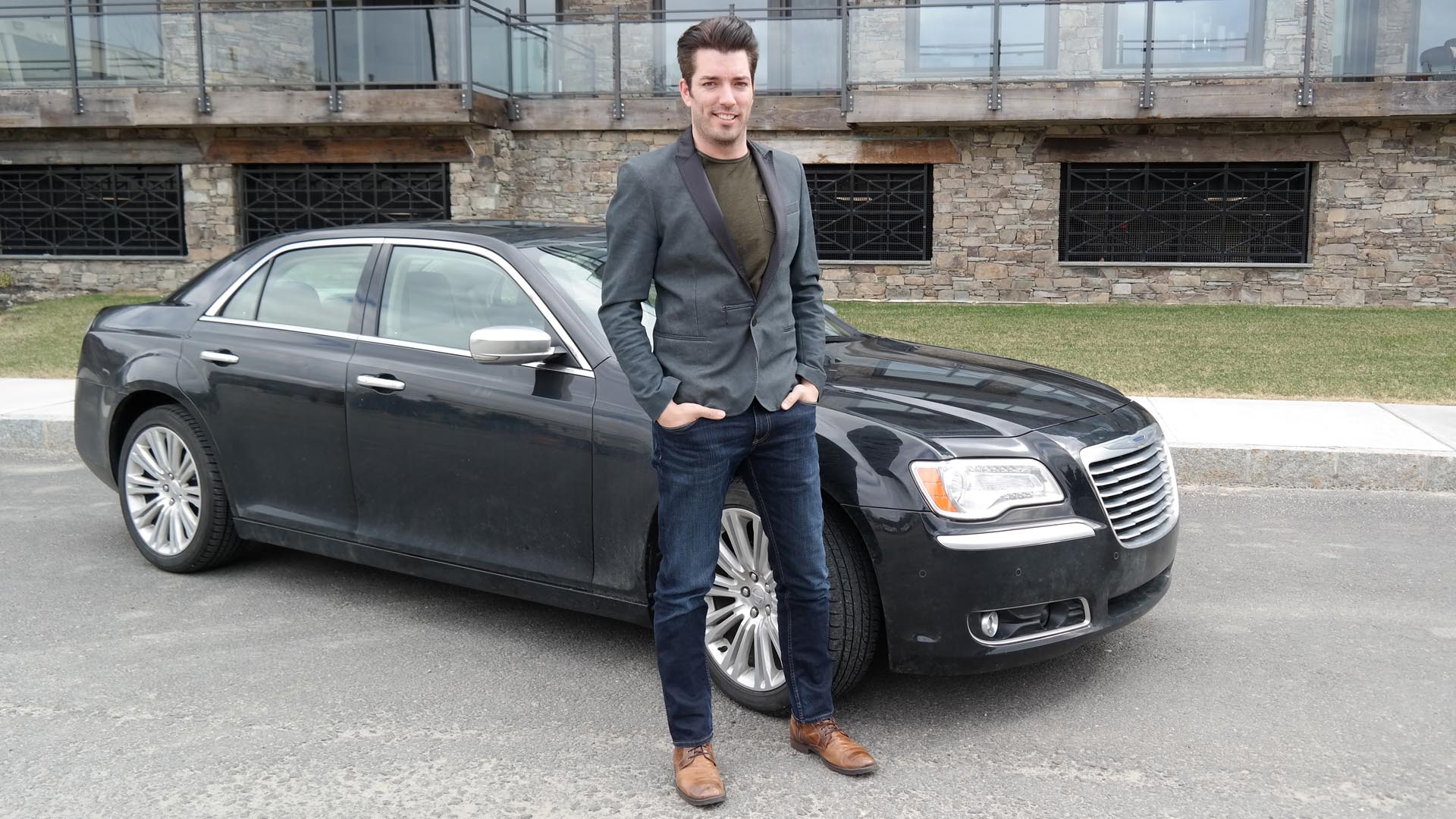 PG: Do you drive one another’s cars?

JS: “I let everyone drive my car. I don’t care. Although I just noticed somebody got a ding on one of my doors so I’m a little disappointed about that.”

DS: “I did it. Just to get back at you! I’m a complete over-the-top freak about organization and cleanliness. My car does not have a scratch or smudge on it.”

JS: “That’s not like me. I figure when you get a scar on your face it becomes part of who you are. There’s a story with the scratch.”

JS: “Drew hates it when I pick up lumber in his car. I used my older brother JD’s SUV to pick up lumber. I slid a 2x4 in and it went right through the windshield.”

DS: “He did the same thing with my third last BMW. He put 2x4s in the BMW, slid it across the leather seats into the back and scratched the tint. I was mad. My older brother also threw tools in the backseat and ripped the leather. Brothers, can’t trust them!”

PG: Who has the better driving record?

DS: “You can’t count the first year you had your license.”

JS: “I am not necessarily a safer driver, but I drive at safer speeds and I drive without rapid lane changes to catch an exit I’m passing.”

DS: “Jonathan is a granny driver! I would say I’m an efficient driver. I never cut people off. I drive the speed limit or a couple of miles over. For me, I want to be there on time. Jonathan will stay on the one road and even if it takes a little longer he’ll go that way. I’ll change lanes or I’ll take alternate routes if I have to stop at a light.”

JS: “Let me quote my parents: ‘We prefer driving with Jonathan. We don’t think we’ll lose our lives.’” 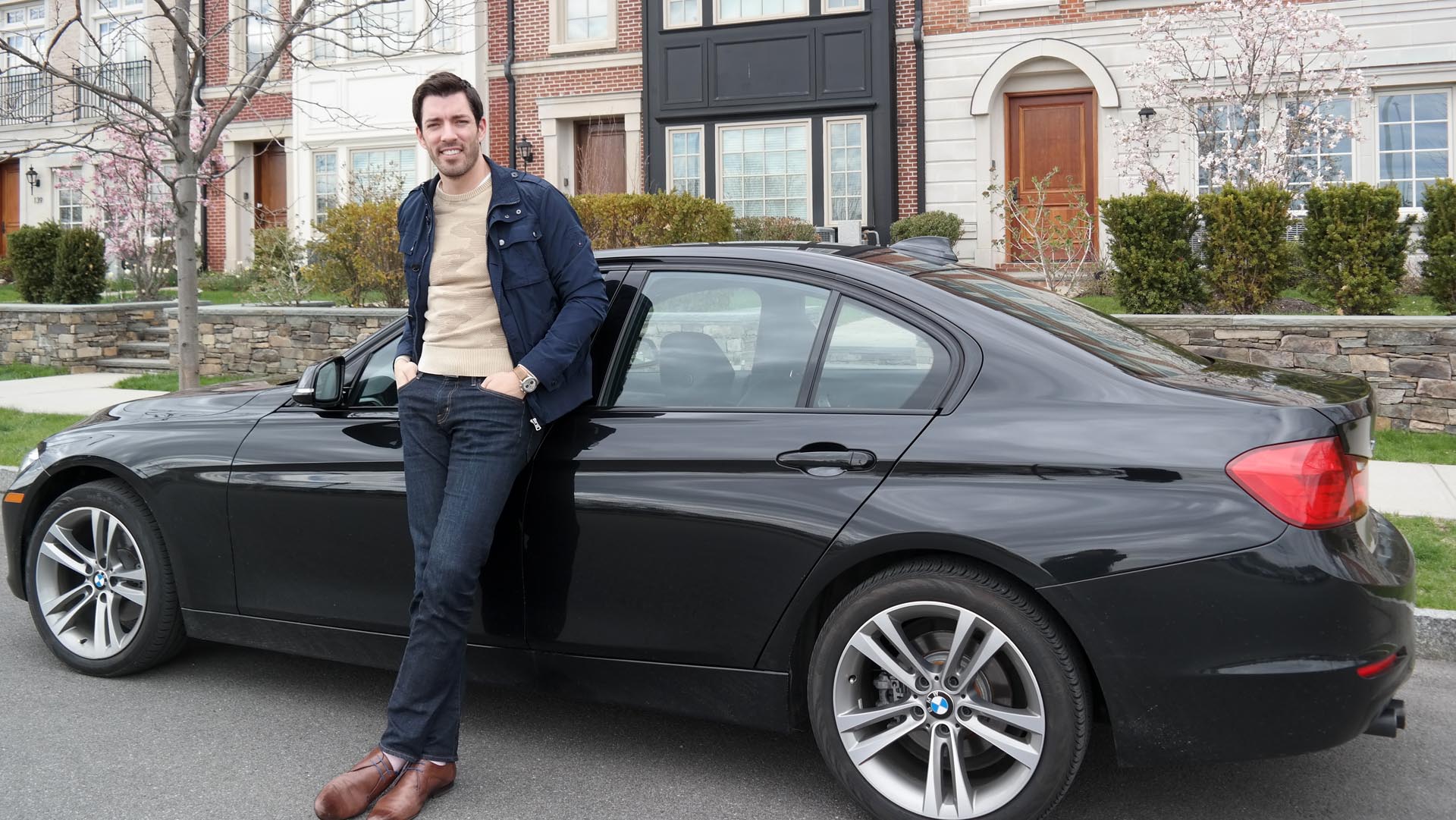 PG: What happened the first year you got your license, Jonathan?

JS: “I got into an accident in my first year and I had some tickets.

DS: “Jonathan and I shared a car when we first got our license and he had already dinged it up before I even got a chance to drive it!”

JS: “It was an Oldsmobile and I ended up totalling it. It was a write-off. Drew co-owned it with me, but he never got to drive it once!”

DS: “When a car is only worth $100 it doesn’t take a lot to write off! Our second car was a Chrysler E-Class and it spoke to you. It would say your door is ajar. We thought we were so cool. Then, we upgraded to a Thunderbird at 17. It was deep maroon red with a turboboost system, black leather, and power everything. It was pretty cool at that age.”

DS: “Jonathan and I have always been good with money… Because there were two of us instead of getting two okay cars we decided to pool our money and get one really nice car. Our older brother JD was driving at 16 when we were only 14. He got a truck, but he didn’t want the high payments on it. Before we were even old enough to drive we bought the truck off him because we figured we could clean it up, sell it, make a few dollars and put it towards our vehicle. We actually did.”

JS: “I had one car – I can’t remember the make. I bought it for $350 to kick around when I was a kid. The car lasted forever. The kilometres were hundreds of thousands and it never crapped out on me. In the end, I sold it to somebody for $650 – doubled my profit on it. It even had a cracked windshield and I still sold it for double the price.”

DS: “You would be that sleazy car salesman!”

PG: Have you ever bought or sold a vehicle on autoTRADER.ca?

DS: “Yes, absolutely. Way back in Vancouver, we sold and purchased several vehicles on there. It’s like what you do with real estate. We were very good at painting the picture, helping illustrate what the house is going to look like. The same thing with autoTRADER. We would maximize what we were able to put in the ad and we would put as many descriptives as possible.”

JS: “Yeah, it’s all about painting that picture. Obviously now, it’s a digital age so the digital version is so handy and so easy.”

Notable achievements:
• Property Brothers airs in more than 16 countries; it’s on W Network in Canada and HGTV in the United States
• Drew and Jonathan have managed real estate investments for nearly 15 years; they bought their first house at 18 and sold it the following year, making a $50,000 profit
• founded Scott Brothers Entertainment, which produces content for TV, film and digital platforms
• co-founded Scott Real Estate Inc., a real estate investment company with offices in Vancouver, Calgary and Las Vegas
• Drew’s TV acting appearances include Smallville, Breaker High and Madison
• Jonathan started performing at the age of 7 in small theatre productions and later performed as an illusionist
• Scott brothers have appeared on The Today Show, The View, Jimmy Kimmel, Good Morning America, and in the pages of Men’s Health, USA Today, Forbes

Upcoming:
• new episodes of Buying & Selling with the Property Brothers air Monday nights at 9 pm ET/PT on W Network
• recently launched Scott Living, a line of indoor and outdoor furniture and décor
• hosting their first-ever fan cruise called Sailing with the Scotts: The Ultimate Design Cruise to Cozumel from Nov. 16-20, 2015