No, Cape Breton Screaming Eagles forward (and Carolina Hurricanes draft pick) Clark Bishop’s car is not a Toyota Corolla; his car is up a notch on Toyota’s wheeled appliance for the masses, even if it is a 2004 example of Canada’s bestselling family car, the Honda Civic.

In Bishop’s case, that’s pretty much from his billet (the family that puts the St. John’s, Nfld. native up during the hockey season in Cape Breton) to school and from school to the rink. It was purchased for him by his dad, who drives a ’14 Civic himself.

As good as it is, however, if the opportunity presented itself to upgrade, well, let’s just say that a Civic of any vintage isn’t necessarily at the top of his list.

The Jeep Wrangler is up there, thanks to its ability to forge through the harsh winters in his home province, but what really revs Bishop’s engine, if you’ll pardon the pun, is the Ford F-150 Raptor pickup.

“I drove one at the beginning of last year,” he recounts. “It’s so big and powerful, you don’t have to worry about driving over stuff.” Indeed, “stuff” in the case of the Raptor could be anything from a pothole or an unsuspecting Toyota Yaris (or indeed, Bishop’s own Civic…) due to its Stadium Trophy Truck-like suspension setup.

Then again, with Raptors trading regularly on the used market (Ford last sold a new model in 2014) at around $50,000, it also carries a hefty price tag; it would help if he makes it to the big club in Carolina.

Then again, just being picked at all by an NHL franchise was a thrill for Bishop.

“It feels really good, actually,” Bishop says. “As a kid, I grew up watching the NHL and dreamed of playing in the NHL.”

Of course, like so many players, Bishop came to his draft year – 2014 – not knowing for sure if he was going to be picked. Regardless, that wasn’t about to stop him and his family from making the trek to the Wells Fargo Center in Philadelphia, home of the 2014 NHL Entry Draft.

“I talked to my parents and agent, and we decided it would be a good idea to drive down to Philly just to hear my name called,” says Bishop. He had to wait a while – he got drafted 127th overall, in round 5 – but it sure beats either not hearing your name called at all, or missing it because you weren’t there. Which, Bishop recounts, is actually a fairly common occurrence on draft days. 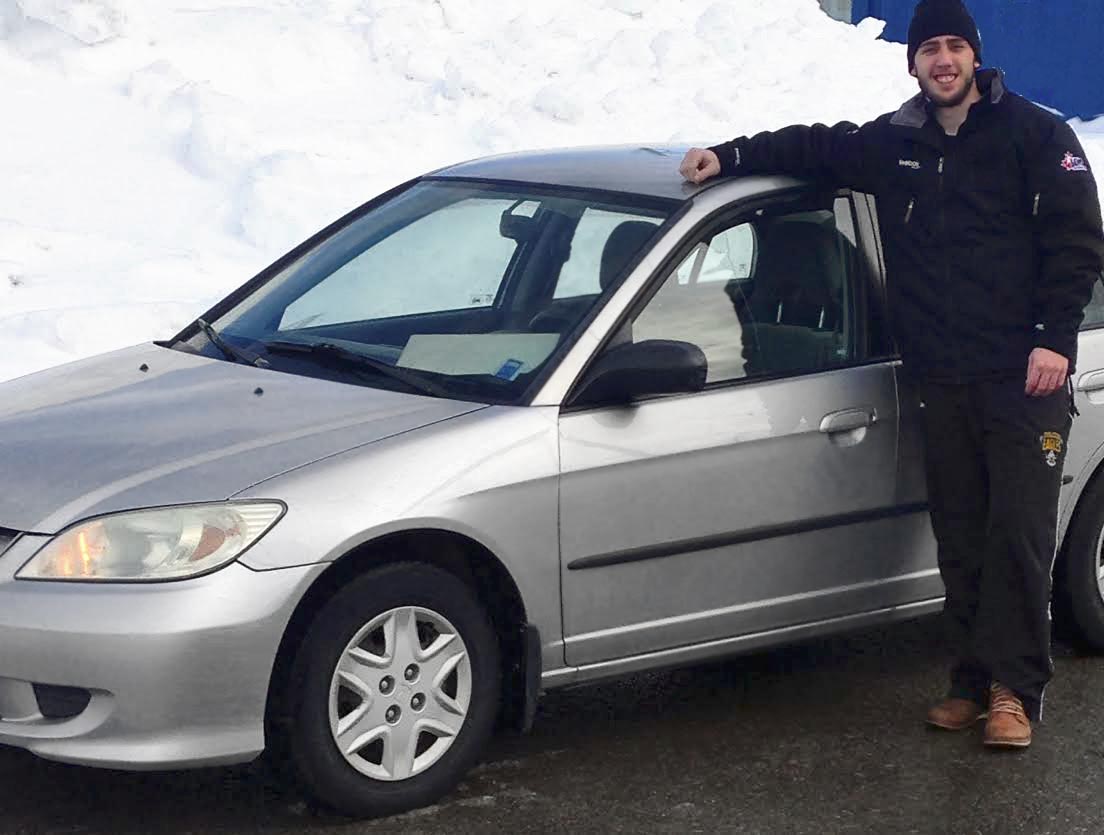