Yeah baby! This right-hand-drive Mini Cooper Classic will take you right back to the shagadelic swingin’ sixties of London for less than...
Advertisement

Yeah baby! This right-hand-drive Mini Cooper Classic will take you right back to the shagadelic swingin’ sixties of London for less than...

Yeah baby! This right-hand-drive Mini Cooper Classic will take you right back to the shagadelic swingin’ sixties of London for less than the price of a new Civic.

Actually, this specimen came from Japan, and while it looks like just about any of the 5.4 million Minis produced from 1959, it’s one of the last production Mk VII cars that make concessions to modernity with an airbag, fuel injection and a catalytic converter.

Perhaps the most unusual thing about this car, besides it being in Canada, is that fact that there is no evidence of corrosion. Almost all Minis from this part of the world have gone to rust heaven. 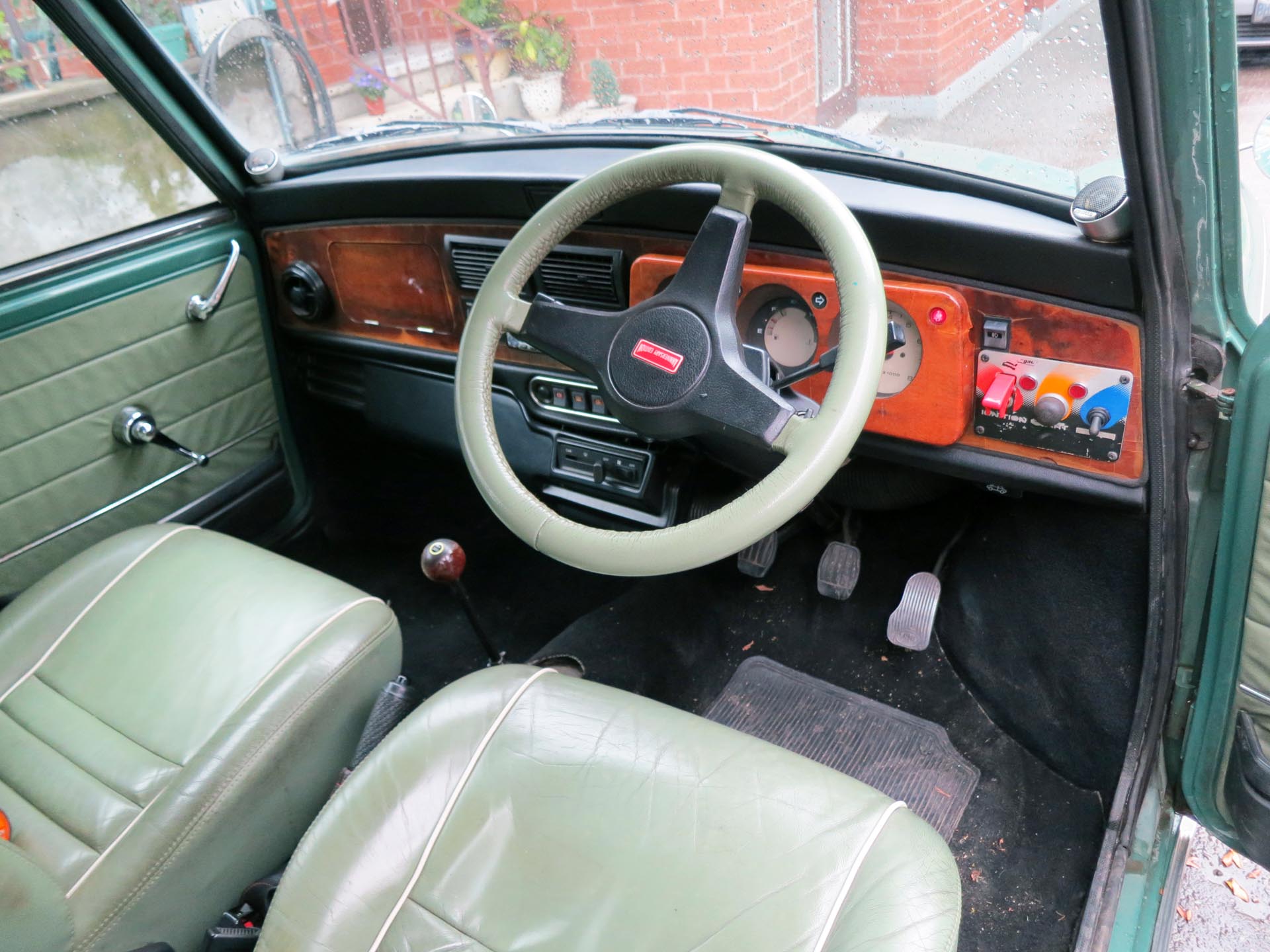 Nick works as a technician for one of Toronto’s most prestigious car vendors. This 1997 Mini Cooper Classic came in as a trade last year and it plucked at Nick’s heart strings. He doesn’t really want to sell it, but with too many projects on the go, he’s put it on the market.

The Mini sits in his driveway, idling with the distinctive gruffness of the BMC A Series engine. Adding to the aural experience is a big central exhaust that hints at an aftermarket system.

Nick doesn’t know much of this car’s history, but there are a few mods, including a finned aluminum valve cover, aftermarket air cleaner and push button start. Unusual for this car, there is factory air conditioning. The only thing Nick had to do was replace a couple of front ball joints.

The pale green seats have white piping and a Cooper crest embossed on the headrests. Up top is a big roof rack, suggesting a maxi road trip in this Mini would not be out of the question. The four rally lights perched on the front bumper pay homage top the Mini Cooper’s legendary giant-killing rally exploits of 50 years ago. 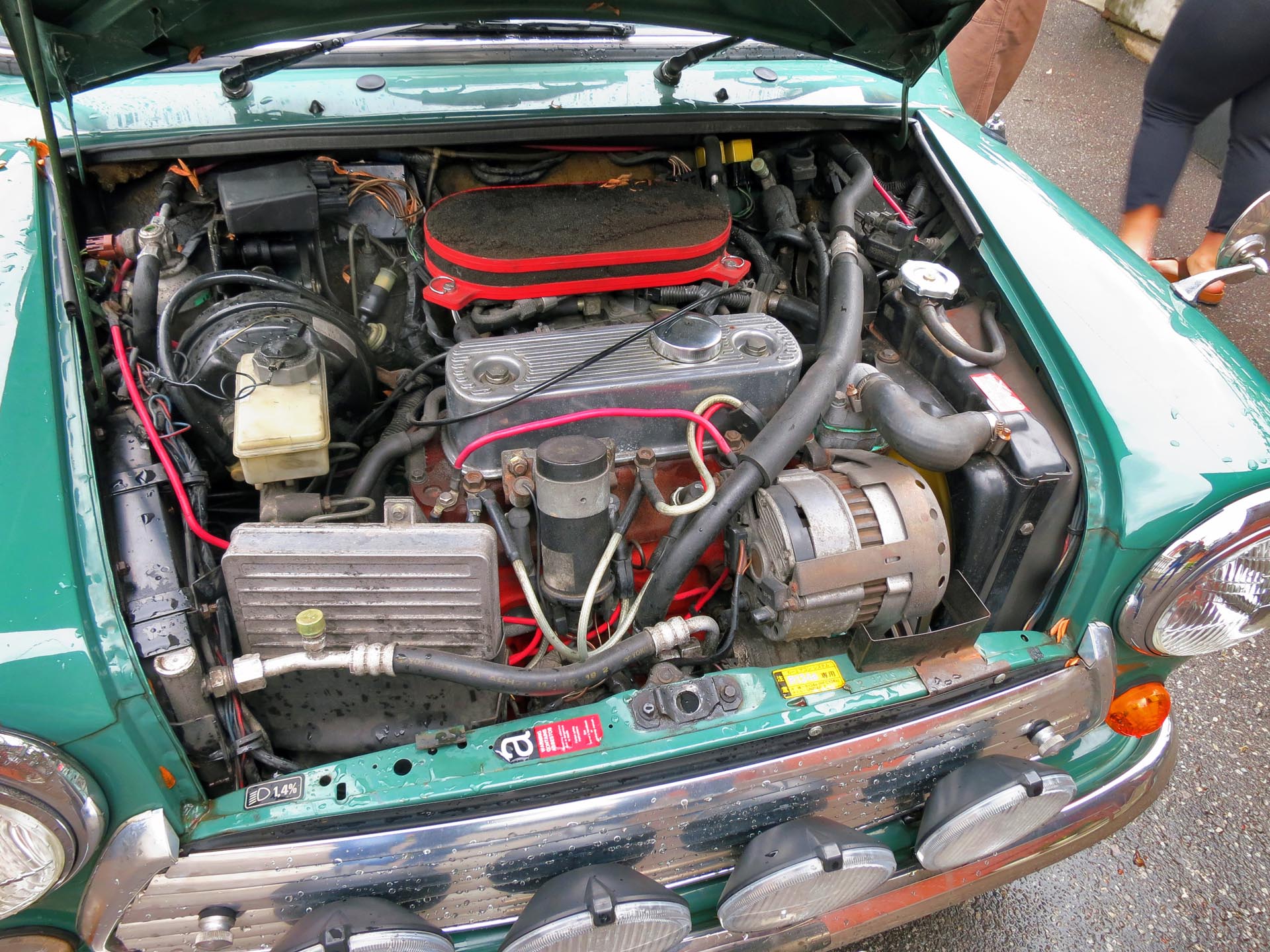 Under the hood is a 1275cc four with a factory rating of 63 horsepower and 70 ft-lb of torque. It drives the front wheels through a four speed transmission.

Modest power indeed, but with only about 700 kg to haul about, the tractable A Series four-pot does just fine. And for these 10-foot cubes with a 10-inch wheel at each corner, driving is believing when it comes to handling and agility.

Being a right-hand-drive car, a definite selling feature here is the ability to put your large dog in the passenger seat, roll the window down and drive around town. Hours of good clean entertainment.