A look at how some popular super-utes stack up as used-vehicle buys.
Advertisement

A look at how some popular super-utes stack up as used-vehicle buys.

You want to go fast, blast wicked sounds from your tailpipes and turn heads while you roll down the road, but you’ve got a boat to tow, kids and dogs to take places, and stuff to haul around.

So that two-seat tarmac-missile is pretty much out of the question. Which means you need a super-ute.

Not just a regular sports ute. Those are for suckers. You want a super-ute: the kind of SUV that has a rocket thruster for engine, brake rotors the size of trash-can lids, and exhaust pipe diameter on par with your average watermelon. In a super-ute, you’ve got room for the fam, room for the pets, room for your stuff, and the capability to tow your boat or tackle moderate trails. There’s also the ear-splitting exhaust note, bonkers acceleration, and performance moves to embarrass many of those sports cars your single buddies own.

Here’s a closer look at a few of the market’s popular super-utes, and how they stack up as used buys. Note that as a bare minimum, shoppers considering any of the models below are advised to have a dealer do a full pre-purchase mechanical and electronics inspection on any potential candidate, and budget for a full fluid change and tune-up if the service history of the unit in question is unclear. 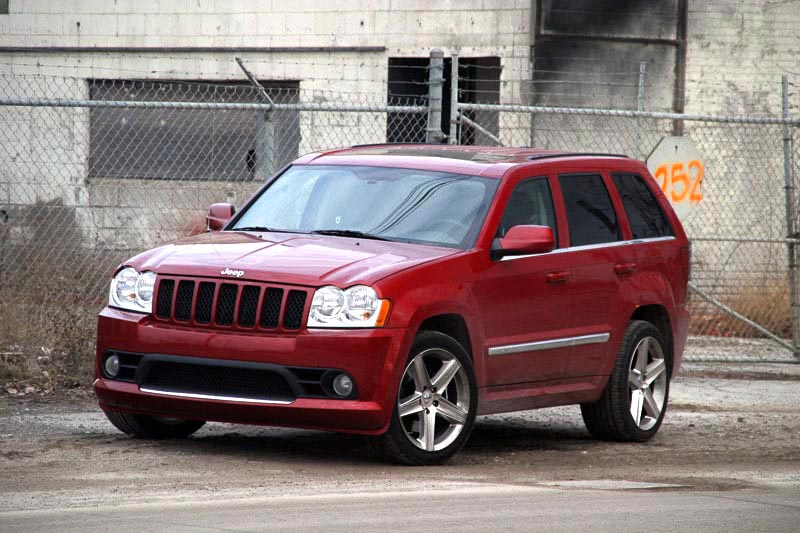 Unlike many super-ute models from across the pond, this HEMI-powered monstrosity didn’t require parting with an appendage to own or maintain, and used first-generation copies of the Jeep Grand Cherokee SRT8 are becoming reasonably priced these days.

Look for upgraded Brembo brakes, upgraded suspension, wheels and tires, and a variety of track-ready improvements. Forget taking this Jeep in the dirt though – it’s lowered suspension and front air-dam wouldn’t approve. Feature content included heated leather, navigation, premium audio, a sunroof and plenty more. Look for 425 horsepower and an automatic transmission, with All Wheel Drive (AWD) on all models.

First-generation Grand Cherokee SRT8 shoppers are advised, first and foremost, to scrutinize the condition of consumable parts like brakes, tires and suspension, and have the vehicle’s underside checked for signs of damage or leaks. Checking service records is also advised. Be sure the seller isn’t trying to pass off a unit that’s wearing a set of fried tires and brake pads.

Be cautious of any model that’s fitted with upgrades beyond simple intake and exhaust parts, as heavy modifications may adversely affect reliability and durability.

Have a mechanic inspect the transfer case for signs of leakage, which could indicate a bad seal. Look for any check-engine lights that may be illuminated, and be sure to triple-check the air conditioning system for proper operation, too.

Fluctuations or lumpiness in idle or power delivery could indicate an electronic throttle body that’s on its way out. Finally, check for proper operation from the hatchback struts, instrument cluster and all on-board electronics. Quadruple check that the sunroof opens, closes and seals properly, too. 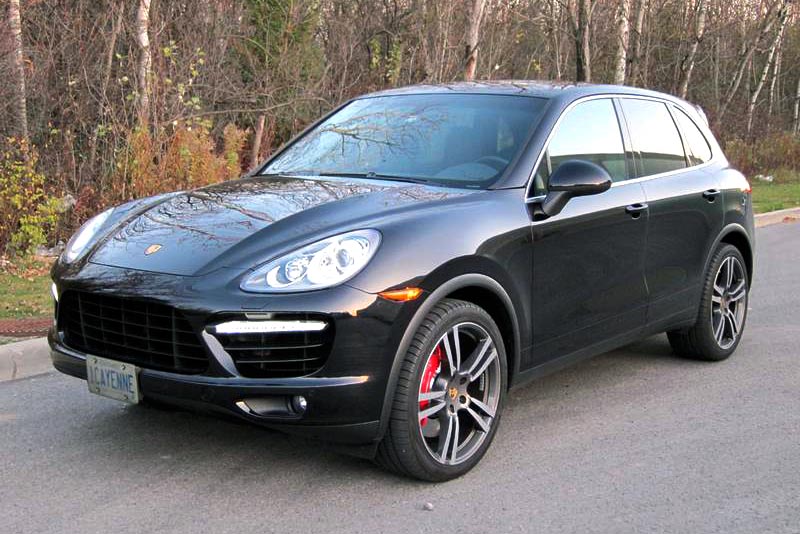 The Porsche Cayenne model range is available with a variety of powertrains to suit a wide range of needs and tastes, and none are more potent than the Turbo and Turbo S. Packing a twin-turbo V8 with output pushing past 500 horsepower, this big-dollar super-ute did it big where performance was concerned – and arguably started the performance-tuned SUV scene when the first-generation Cayenne Turbo launched some years ago. Look for all world-class luxury and high-tech must haves, and seek out a used model from a Certified Pre Owned (CPO) program at a Porsche dealer for maximum peace of mind. All models got all-wheel drive and an automatic transmission.

Have a Porsche mechanic check for signs of a potential coolant leak from a cracked thermostat housing or leaky water pump, and scrutinize the condition of the tires, and especially, the brake pads. Check for any warning messages in the instrument cluster relating to AWD system operation, and have any check-engine lights or messages investigated by a dealer before agreeing to purchase. Check for proper operation of the liftgate struts, ensuring they hold the liftgate open on their own, even with a little downward force applied. Check the panoramic sunroof for proper operation, too.

Note that the demanding and complicated electrical system in the Cayenne Turbo can experience numerous glitches if the battery isn’t fully charged, perhaps if the seller only drove the vehicle on an infrequent basis. If you’re planning to leave your Cayenne Turbo in the garage for extended periods, consider investing in a trickle charger. Check all exterior lighting for proper operation, especially the front turn signals. Rear tail lamps should be checked for signs of condensation on the inside of the lens, which could cause issues. Finally, have the computer system scanned for trouble codes, which can reveal a bad coil pack or excessive carbon buildup via a stored misfire code. A model with remaining and extended warranty coverage will be your safest bet.

BMW’s rocket-propelled X5M was the physical embodiment of a superiority complex. Look for the full range of BMW go-fast technology, 555 hp, and the almighty little M button on the steering wheel, engagement of which amounts to empting a syringe full of amphetamines into this rocket-ute’s jugular. Look for room galore for five people, blurty-burpy exhaust noises, explosive acceleration and all-wheel drive on all models. Feature content included an extended leather interior, panoramic roof, rear-seat entertainment console, powered tailgate, and plenty more. At some $50,000 less than a Porsche Cayenne Turbo S, this hot-rod X5 amounted one of the best deals on a go-fast German sports ute out there.

A BMW technician or service advisor should confirm that all software updates relating to the iDrive system and transmission have been applied to the model you’re considering, and that no recall work is outstanding. Through the years, BMW released improved software that dealt with issues relating to the X5 M’s electronics, so be sure to confirm all work has been carried out.

Some X5M owners have reported leaky radiators, leaky water pumps and even leaky hoses. Puddles of coolant or warning messages in the instrument cluster may be warning signs. Note that a sweet smell, possibly accompanied by evidence of an under-hood coolant leak, could be the result of a bad coolant hose, allowing coolant to drip on or near one of the turbochargers.

Have a BMW mechanic check the bolts holding the rear differential in place, and inspect the rear differential carrier for signs of stress-related damage. Though rare, and likely caused by abusive driving, some issues have been reported.  Interestingly, some owners have also reported odd burning-plastic smells, likely caused by melting of plastic shrouding above and behind the engine. 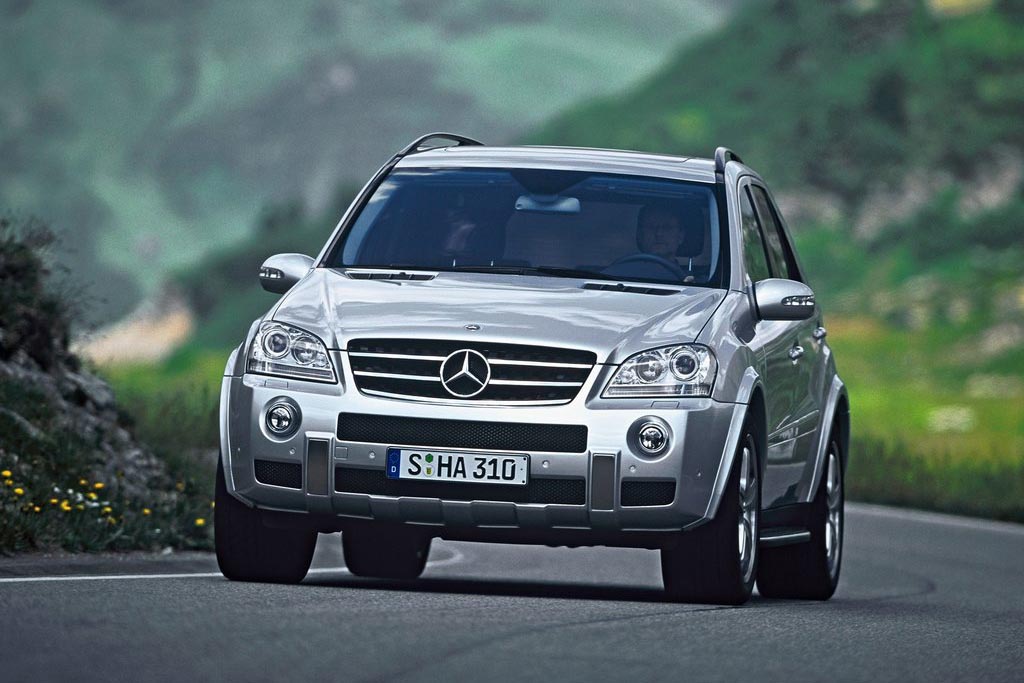 If you’d like to treat the wife and kiddies to the lusty snarl of the AMG 6.2L V8 on every drive, every day of the year, this is the machine for you. Look for the 6.2L mill, 510 hp, and 0-100km/h in five seconds – as well as room for the fam-jam, the dog, and all related gear. A full suite of world-class feature content, luxury amenities and proudly-displayed craftsmanship were all on offer, here. Plus, with AWD as standard, the ML 63 AMG is ready for action every day of the year. From 2009, a face-lift tidied up the looks.

Check for warning messages, check engine lights, fluid levels and other common test-drive stuff as a starting point. Note that the owner’s community says the ML63, like all of our rides listed today, thoroughly enjoys gasoline. Common issues are hard to track down thanks to a relatively small owner’s community online, though multiple reports of air conditioner compressor failure mean test-drivers are advised to check that their AMG crossover snortbeast blows cold air quickly when the system is engaged. This isn’t an inexpensive fix, so if the AC on the unit you’re considering is borked, call it into pricing negotiations.

With a vehicle like this, opting for a used model from a Certified Pre-Owned program and investing in any extended warranty available is typically a fantastic idea. 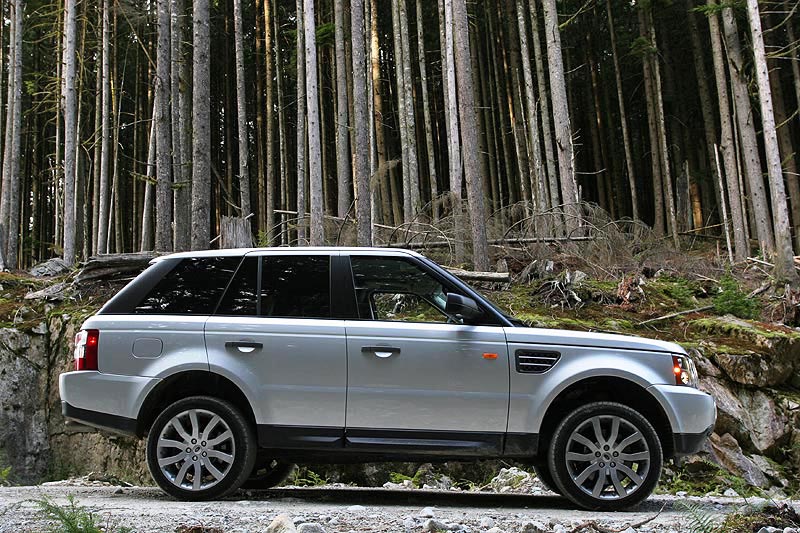 Smaller, shorter, cheaper and lighter than a Range Rover, the last-generation Range Rover Sport was introduced for 2006 to compete more directly with machines like the Porsche Cayenne and BMW X5. The Range Rover Sport Supercharged stood out with true off-road capability that led the segment, as well as prestige and world-class luxury.

Have the air suspension checked out by a Land Rover mechanic after you toggle it through its various settings to confirm it operates without any warning lights illuminating. This is an expensive-to-repair system that will eventually wear out and fail, so be sure it’s working properly. Some owners say problems with the valve block may cause the system to act up and fail.

Use your ears. Though inconclusive, some owners have reported unusual, unwelcome sounds as possible signs of issues with driveshafts, joints, axles or differentials. If anything sounds wonky, have it inspected.

Ensure the exhaust on the Supercharged model you’re considering isn’t smoking at startup, while idling, or under heavy acceleration. Though no reports were apparent in your correspondent’s research, a bad supercharger may allow oil to be blown into the intake tract and burned by the engine, causing unwelcome smoke.

Further, note that a hesitation, misfire sensation or power loss at heavy to full throttle could be caused by a fail-safe engaged in response to low coolant flow through the supercharger. The cause for this issue, which will typically illuminate a check-engine light, is an improperly-wired electric coolant pump, which isn’t a difficult fix.