The best infotainment tech going around. 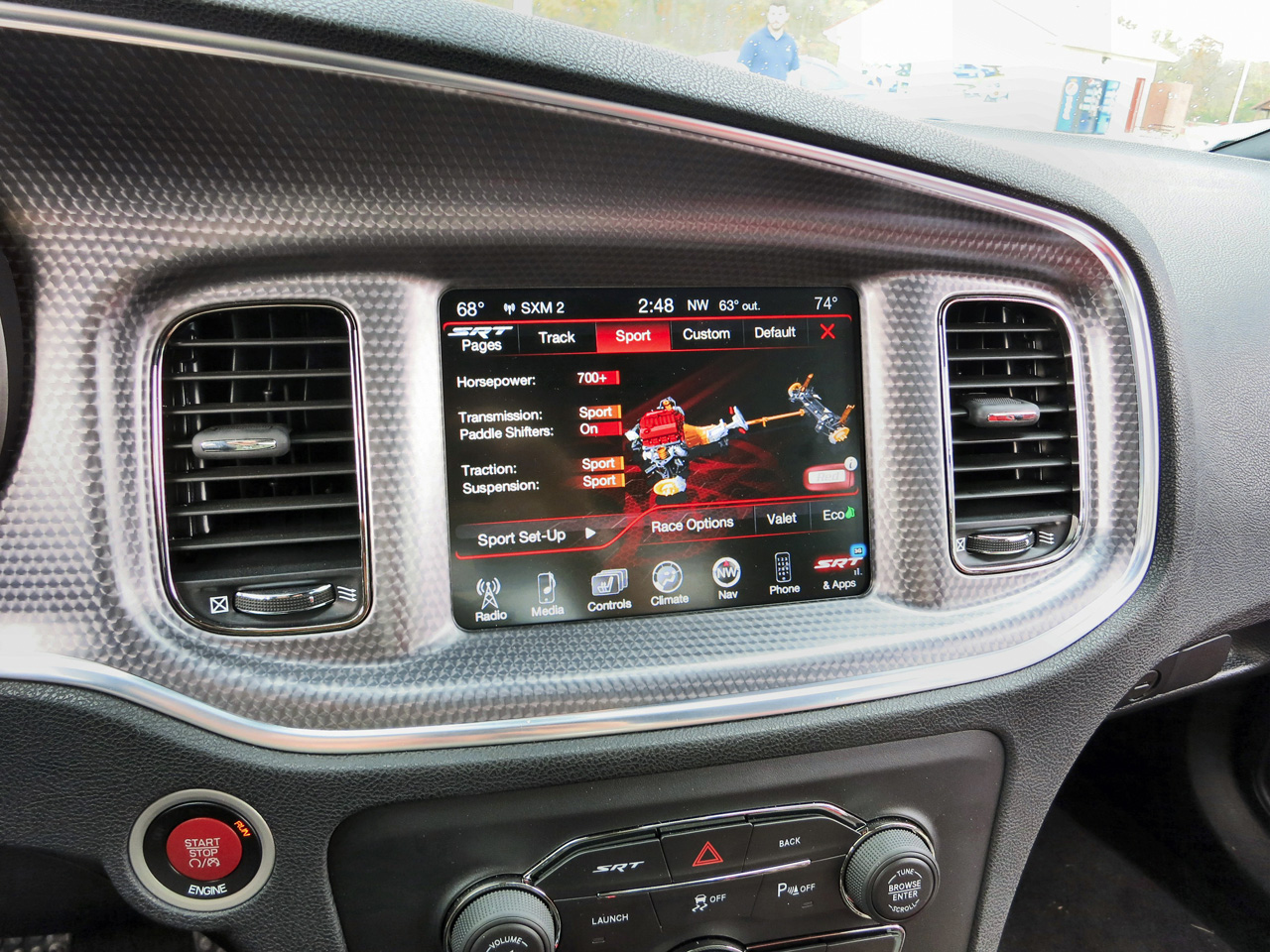 UConnect’s greatest trick is invisible. You can’t see it, some people don’t even know it’s there at first, but it’s brilliant. Around the back of the spokes, right where your fingertips fall are a set of multi-function buttons. Three on the left, three on the right. The middles ones control either audio input mode, or preset channels. The others control audio volume and song/station tuning. All of your inputs are reflected in the fully-customizable 7.0-inch TFT display nestled in the instrument cluster.

The graphics on the enormous centre-stack screen are vibrant and rich, and most commands are easily accessed through large, well-spaced buttons on the touchscreen. There is also a separate volume knob and tuning knob for the traditionalists.

Did I mention that the UConnect system allows navigation to be added afterwards? Or that you can rewind radio and SiriusXM satellite radio? No? Well you can. UConnect is fantastic. 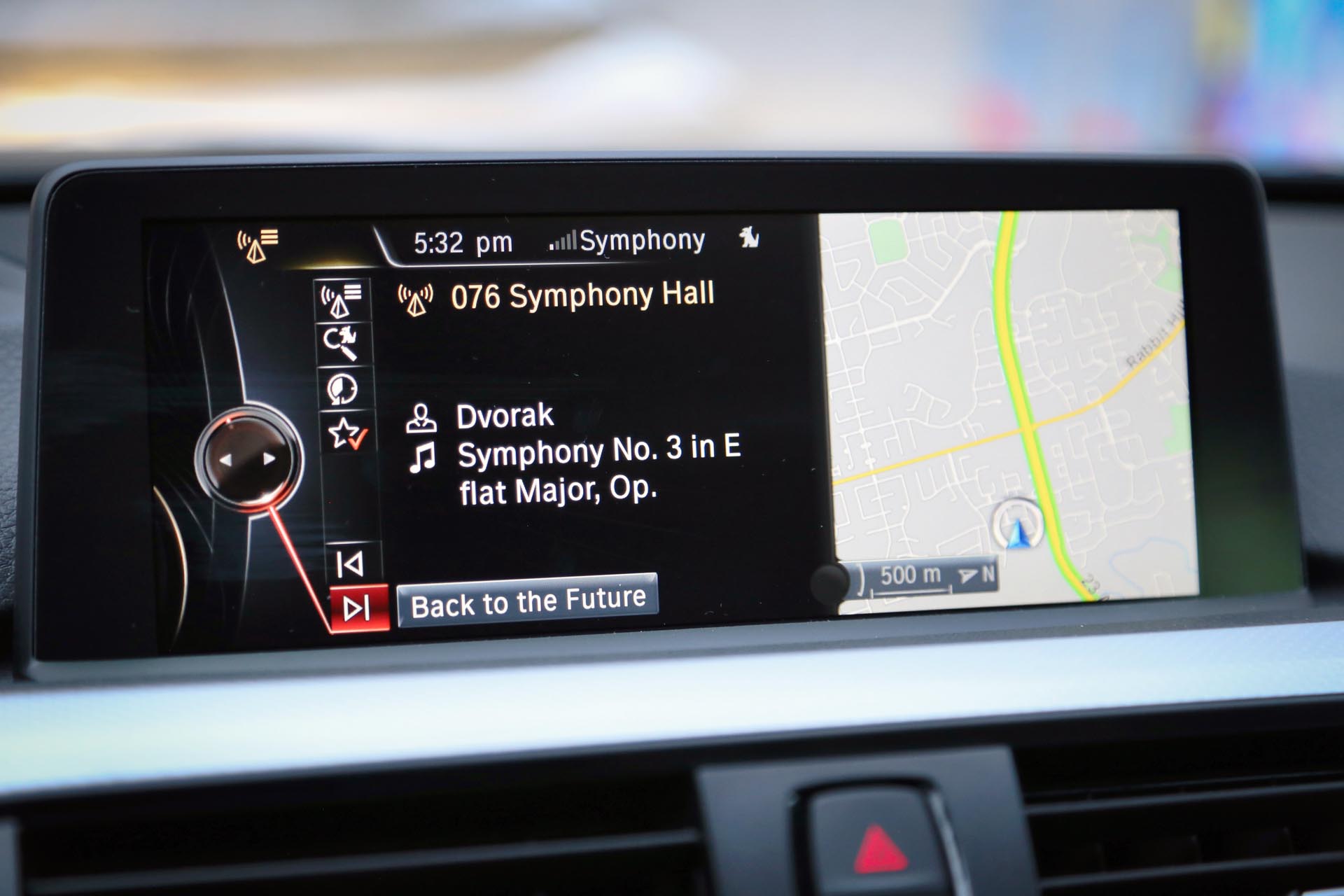 BMW’s iDrive system has come a long, long way. When it was launched it was roundly criticized for being too finicky and complex. But now, the large, wide screen set close to the driver’s eye line, the puck controller in a natural hand rest position (with handwriting recognition!) and a suite of shortcut buttons for telephony, radio, media and navigation make iDrive easy to use for anyone.

If you want to dive deeper into the system, almost-unparalleled functionality awaits. I’ve personally spent hours exploring the many different options and displays, all of which are beautiful – my favourite is the “Sport Displays” which call up two virtual torque and horsepower dials on the 8.2-inch screen.

You can surf the internet, get live-time traffic information and have text messages or even email read to you – turning your BMW into a genuine mobile office. 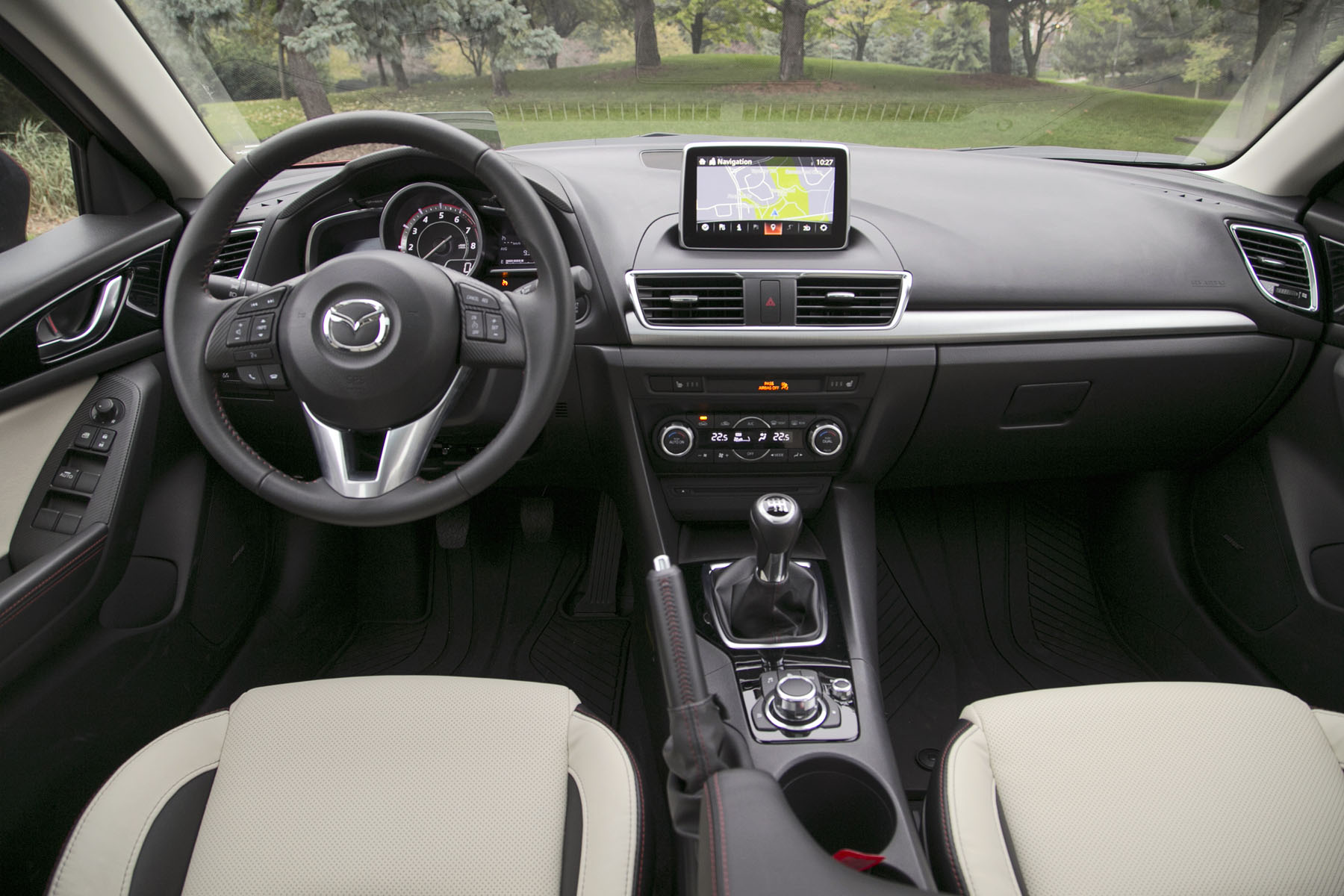 This system, if we’re honest, has some niggles still. The text-to-voice text messaging function is a little slow to load and the navigation can be glitchy, yet Mazda Connect still makes this list. Why? A head-up display for less than $30K, complete with a puck-style controller and a 7.0-inch touchscreen display placed high up in the driver’s eye line help. So do the stunning graphics, simple, intuitive operation for most features and scalable “apps” menu that includes things like a fuel monitor and HD Radio traffic updates.

Mazda’s Connect system has a beautiful blend of elegance, aesthetics and simplicity that makes it one of our favourites. 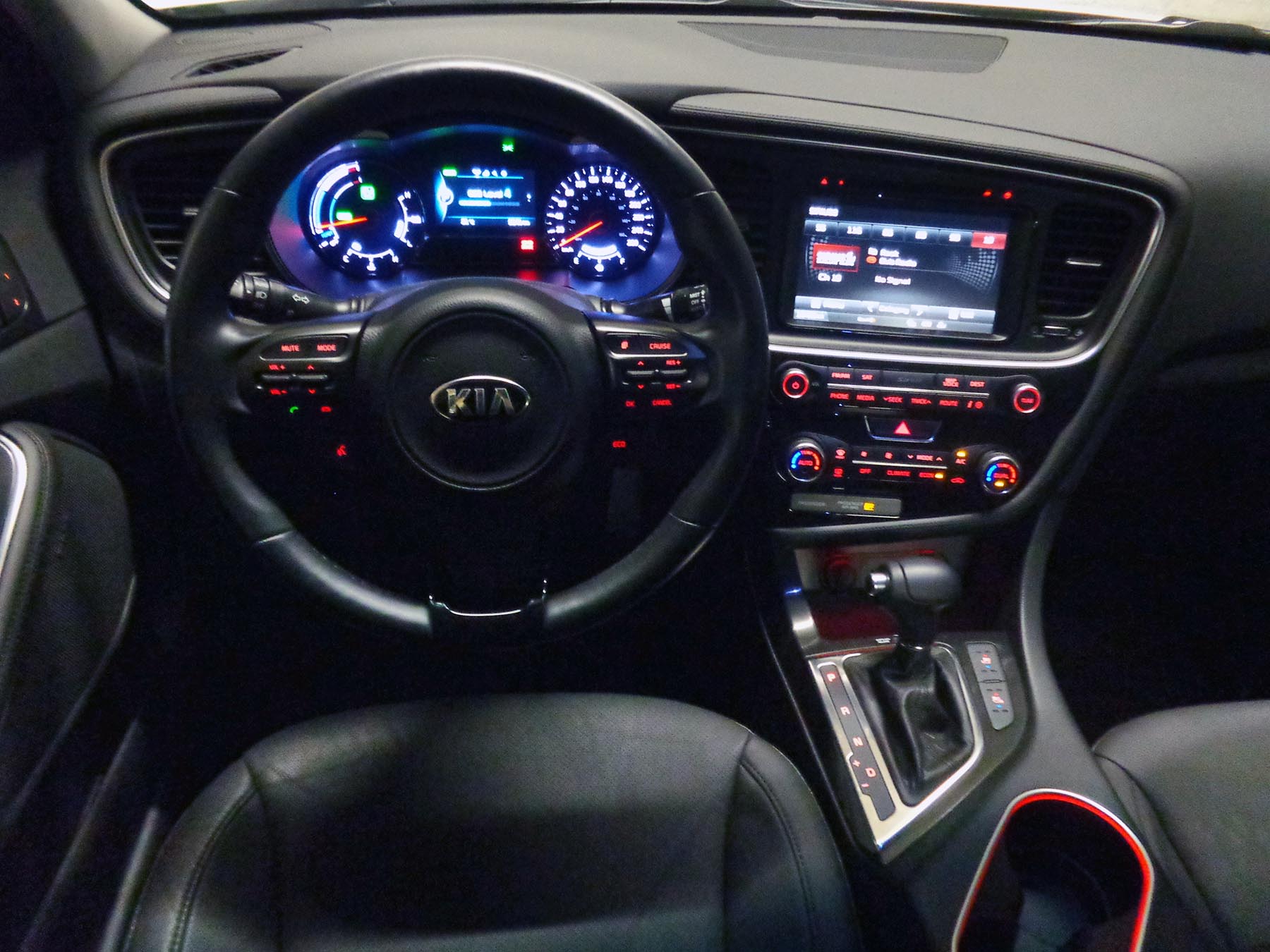 Kia’s UVO system shares the same Mazda philosophy of simplicity and intuitiveness – but with more redundant-yet-useful hard buttons to help you access your favourite features. The phone pairing works car-to-phone, not phone-to-car, which saves time and energy, and the graphic display is up-market.

But UVO is a tale of two systems - the first, simple and intuitive - the next detailed and attractive. You can control the entire system with the steering wheel and monitor it through the large, 7.0-inch TFT screen nestled in the instrument cluster. It's fantastic to have the two options, and UVO's execution is spot on.

It will link with a smartphone app to help you find your parked car! 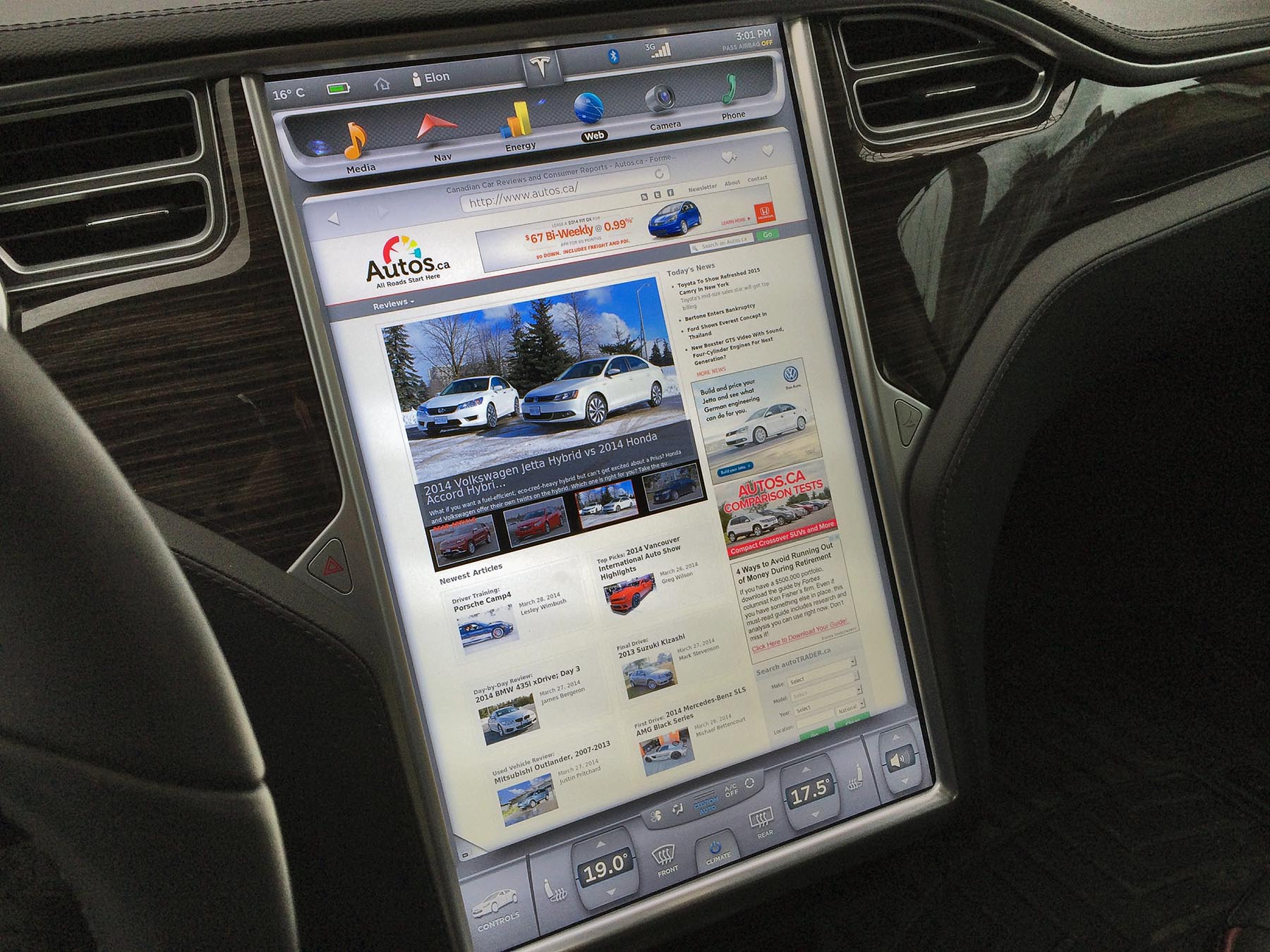 Sometimes someone does something so bizarre it actually works. Elon Musk is the poster boy for that concept.

No surprise then, that he decided to whack an enormous touchscreen computer interface into the dashboard of the Tesla Model S. No nanny-state intervention here – want to access a function? Any function? You can. Even when moving. Because sometimes, your passengers want to do stuff. Like surf the internet – which you can do. Even while moving – if you’re the passenger of course. There are no restrictions – which could be distracting for the driver, I suppose, depends on what sites your passenger dials up really….

The Tesla touchscreen is really the heart of the car and even takes over-the-air upgrades that affect the entire vehicle.

But the real reason Tesla is on this list is the button up in the top right, the one marked “Insane mode”. 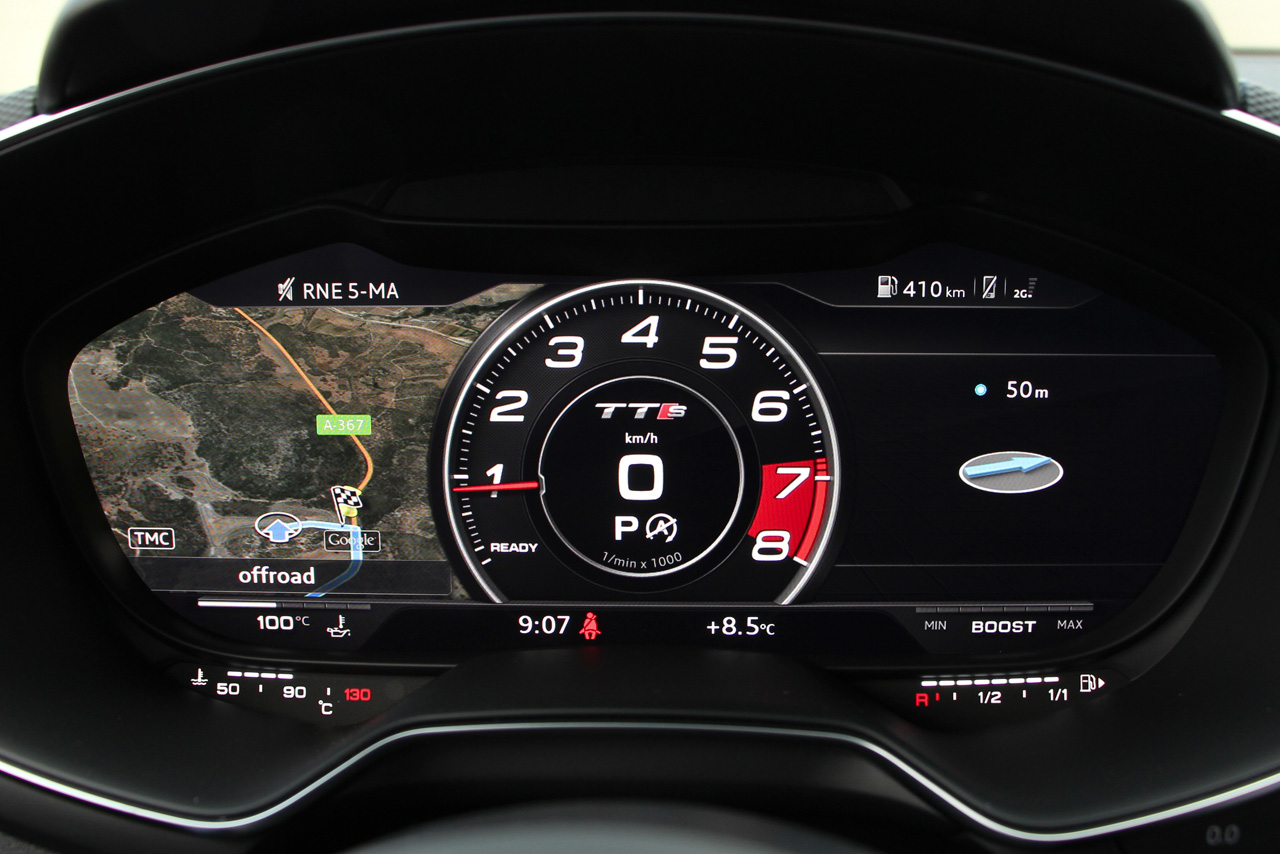 Audi’s new Virtual Cockpit, arriving later this year in the third-generation TT, combines the infotainment interface into a fully digital gauge cluster, controlled primarily by steering wheel scroll wheel and buttons. Granted, this is a very driver-focused setup, which is why it arrives first in the TT Coupe, then the R8 supercar, but it is one of the most effectively concentrated systems I’ve ever used. The digital cluster can be configured as either as an information-rich display with the audio, phone or navigation front and centre, minimizing the digital tach and speedo, or with a large tach front and centre when driving is the primary task at hand.

While positioning this information in the gauge cluster makes this display a natural part of a driver’s visual scans, the speed and clarity with which it is rendered are also stunning, with precise and clear maps, and ‘gauges’ that refresh quicker than the human eye can detect (60 frames per second, powered by a quad-core graphics chip with over a gigahertz of processing capability).

On the human end the steering wheel controls are usually enough while driving, but Audi also includes its main menu and large puck controller on the centre console, the face of which is a touchpad with handwriting recognition for quick searches. Though aiming for more natural speech recognition, the voice commands still revolve around certain keywords, and the true challenge is how well it recognizes less common names, which we’ve yet to have extensive opportunity to put to the test.