The cooler weather that denotes back-to-school season across the country often coincides with the scramble to locate a serviceable set of...
Advertisement

The cooler weather that denotes back-to-school season across the country often coincides with the scramble to locate a serviceable set of...

The cooler weather that denotes back-to-school season across the country often coincides with the scramble to locate a serviceable set of wheels for the upcoming semester. Just because you're a student on a tighter budget than most car shoppers doesn't mean you have to settle for something boring, however – there exists a wide range of interesting, if not always practical daily driver options out there for you under the $5,000 mark.

We've put together a list showing 10 intriguing, and in most cases, reasonably realistic cars and trucks to get you from the dorm to class on time, almost every time, and have a little bit of fun in the process. 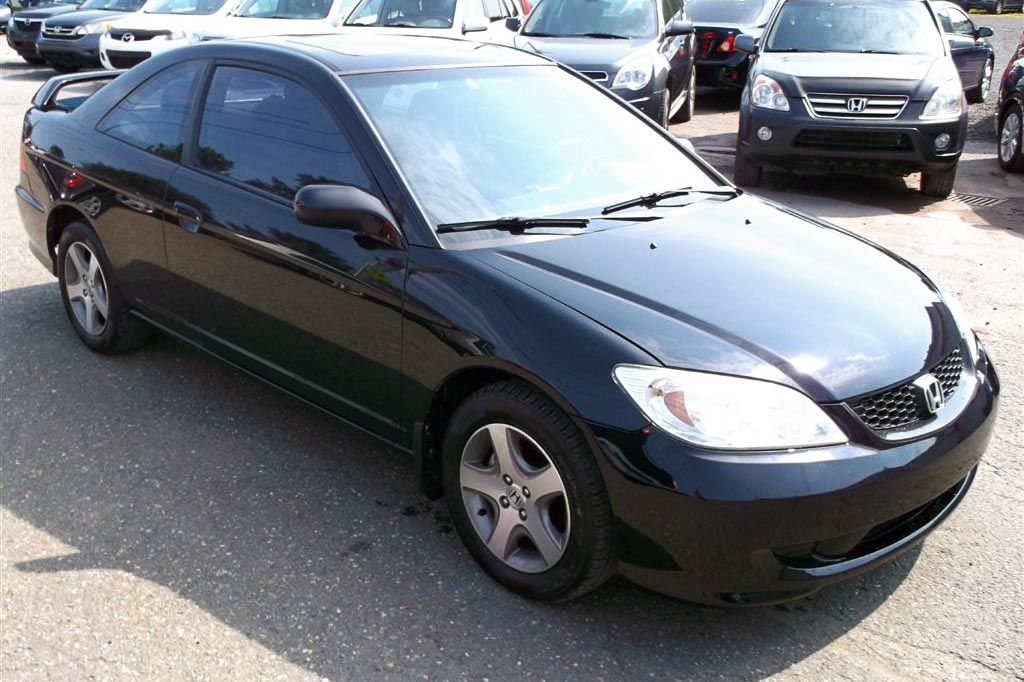 This 2004 Honda Civic coupe provides you with the best of both worlds: fun when you hammer the 127-hp, 2.0L four-cylinder engine all the way up to its 6,300 rpm redline, and respectable fuel economy and reliability that will keep your wallet full enough to avoid eating ramen all semester. As a bonus, the car's not flashy enough to attract too much attention, letting you fly under the radar and avoid costly speeding tickets. 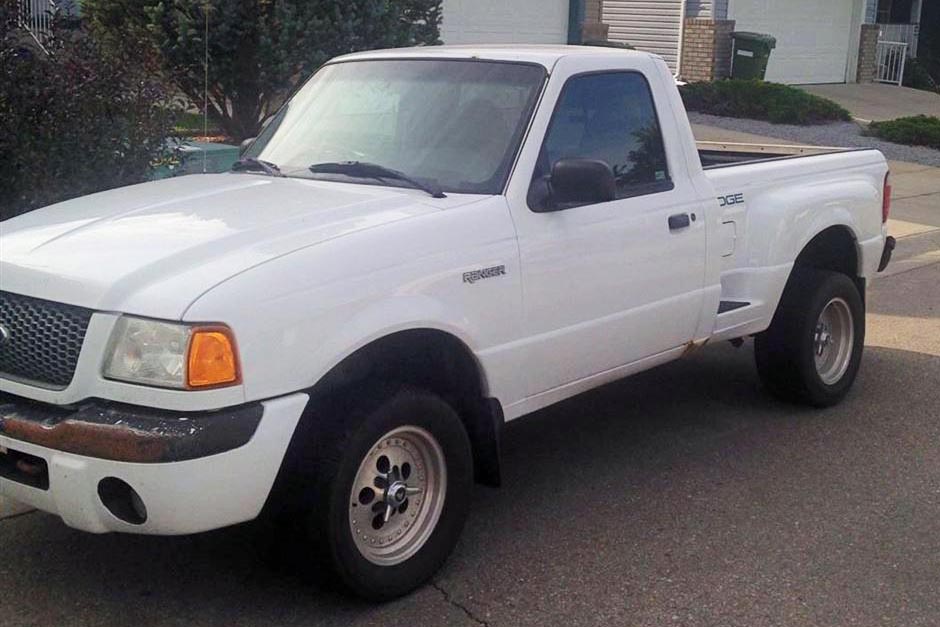 This 2001 Ford Ranger Edge is the perfect ride for fitting in at whichever Prairie university you see fit to attend. Not only does the Edge package give the Ranger a bit of a visual attitude, but the manual transmission and V6 engine combo are known to be reliable, and that open truck bed will allow you to run your own small business carting furniture around town for nomadic undergrads – or snagging that too-cool couch from the curb. 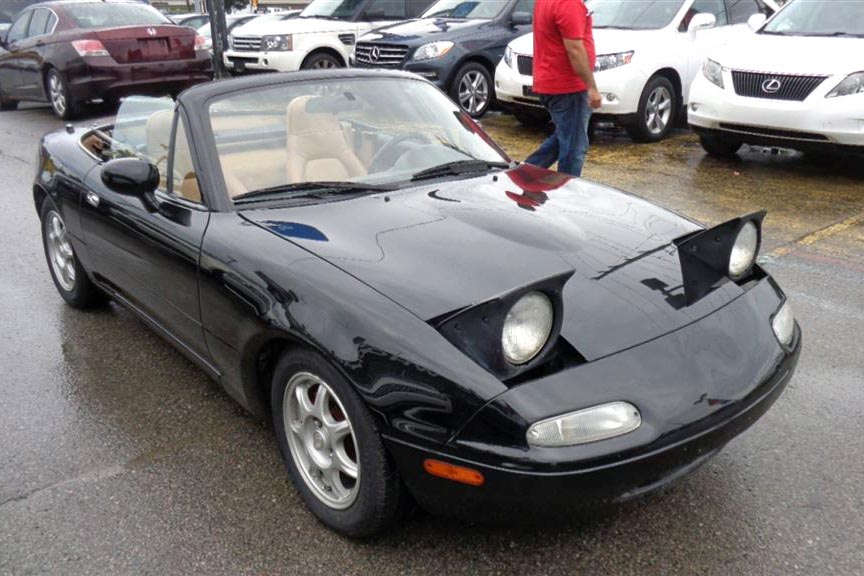 1997 was the last year of production for the first-generation Mazda MX-5 Miata, which is one of the best driver's cars ever built. This example features leather seats and power windows, so it's got a few more creature comforts than you'll typically find in a Miata, and it also boasts a top that goes down, good fuel mileage, and a perfectly balanced chassis. Reliable and enjoyable – like the Civic Si, only better – the MX-5 Miata is a great way to get to class (and perhaps hit a track on weekends) for less than $5,000. 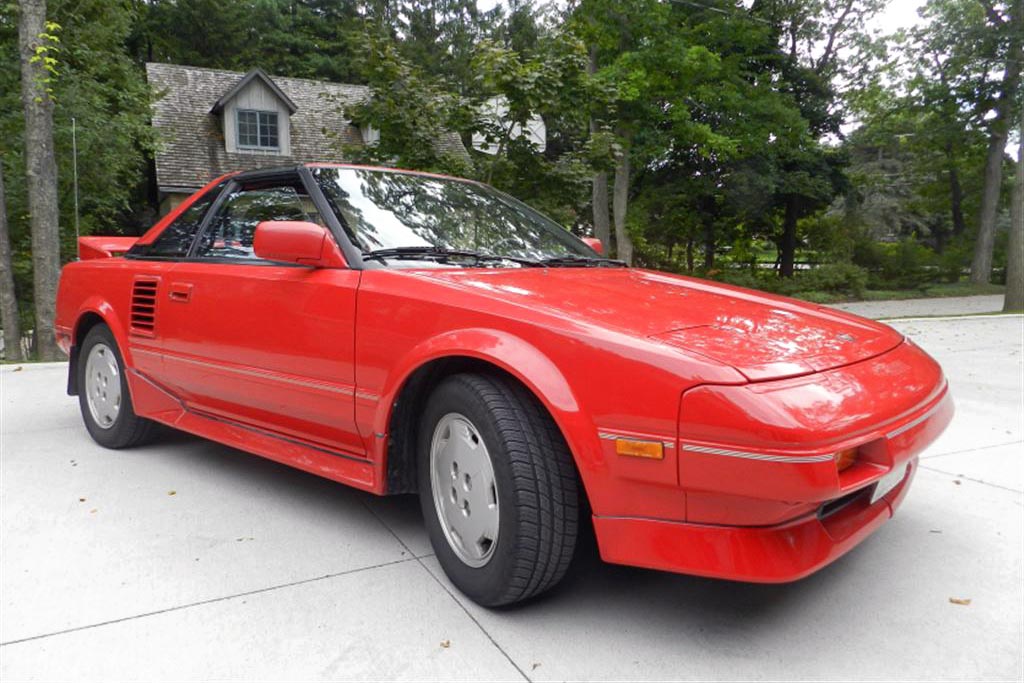 If you're willing to look back a little further in time, then this 1989 Toyota MR2 provides you with the chance to snag an exotic looking sports car that suffers from none of the maintenance hassles or scary repair bills associated with that class of vehicle. The mid-engine, rear-wheel-drive MR2 is bulletproof mechanically, offers T-tops for enjoying the occasional ray of sunshine, and it just might convince the object of your affection that you're 'kind of a big deal' on your next date. 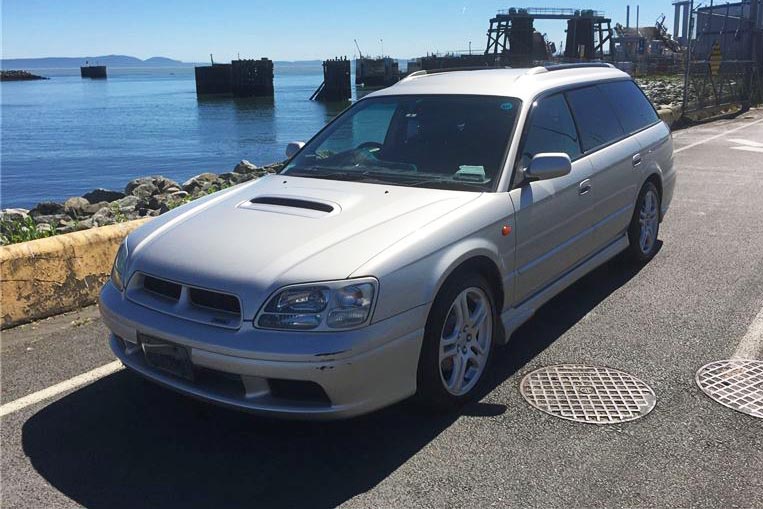 This 1998 Subaru Legacy GTB is the definition of 'sleeper' with its twin-turbo 280-hp four-cylinder engine wrapped in staid – and practical – wagon bodywork. Load up all your worldly possessions into its spacious cargo area and then put the pedal down for a hyperspace jump from your hometown to university. Fund your college education by taking money from dumb kids in souped-up Golfs and Corollas at your local drag strip, or convince your boyfriend's parents you're way more responsible than you actually are. 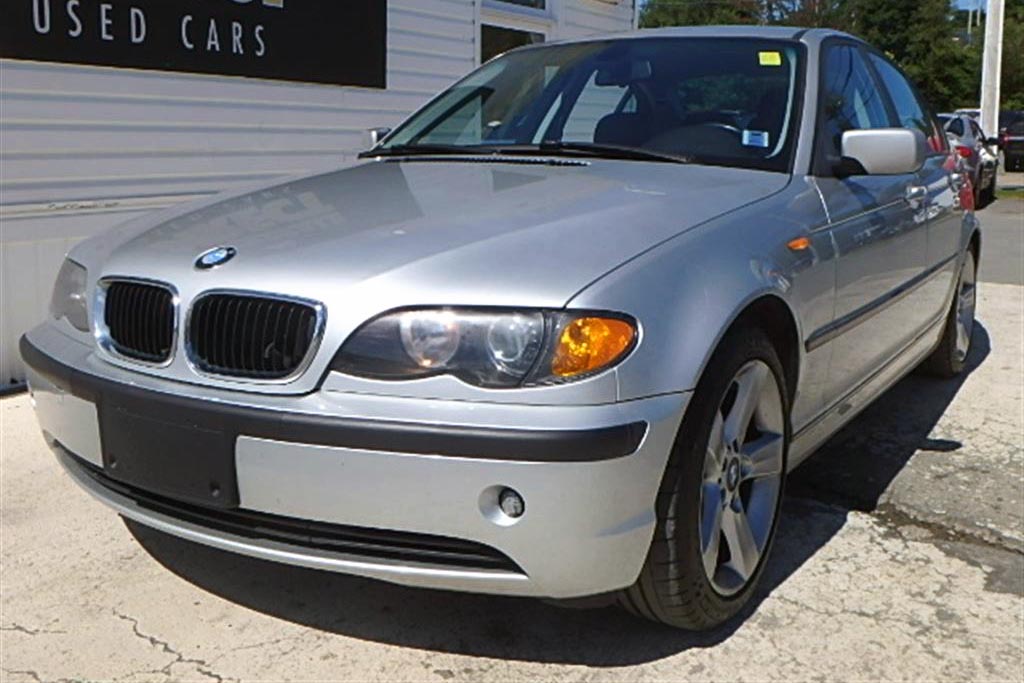 Feel like rolling the dice? This 2004 BMW 325i could cosset your university years in a cocoon of luxury and sport sedan pleasure – or it could drain your bank account through a series of a tiny, irritating repairs that are the automotive equivalent of death by a thousand cuts. The E46-generation 3 Series isn't quite as needy as later models, but it's very much ‘buyer beware’ when searching for bargains amongst German premium cars, even those as enticing as this one. 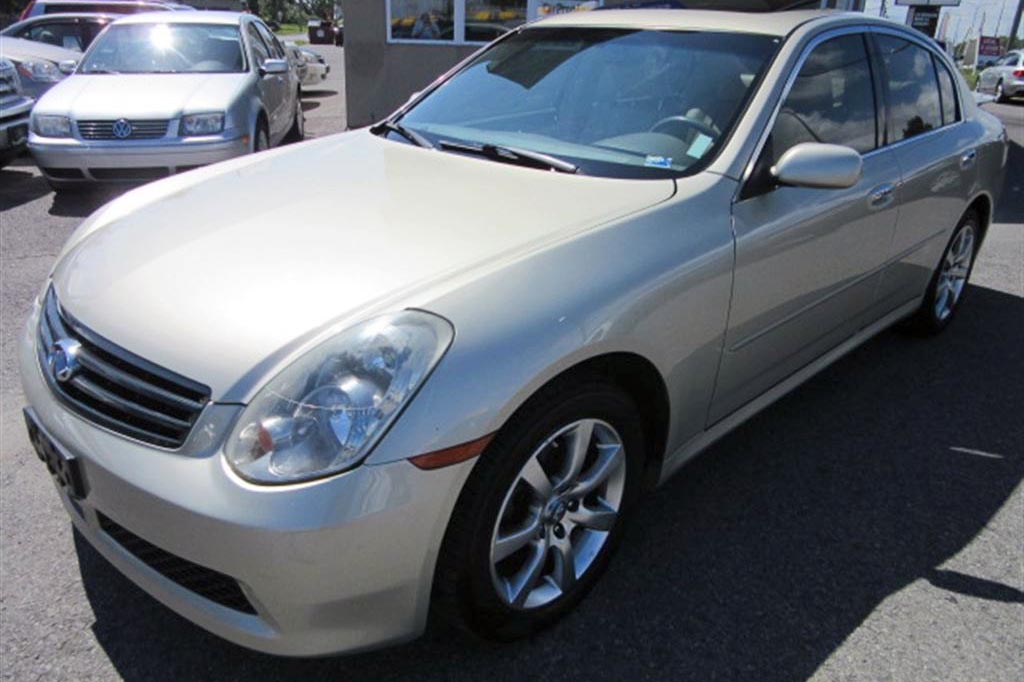 This 2002 Infiniti G35x gives you the chance to sample at least a percentage of the BMW's sporting charm and luxury look without exacting quite as stiff a penalty with your local mechanic. Not quite as communicative at speed, yet far more reliable – and with the bonus of all-wheel drive – this G35x is your ticket to respectability for the next four years of your degree. Oh, and its powerful V6 engine doesn't hurt, either. 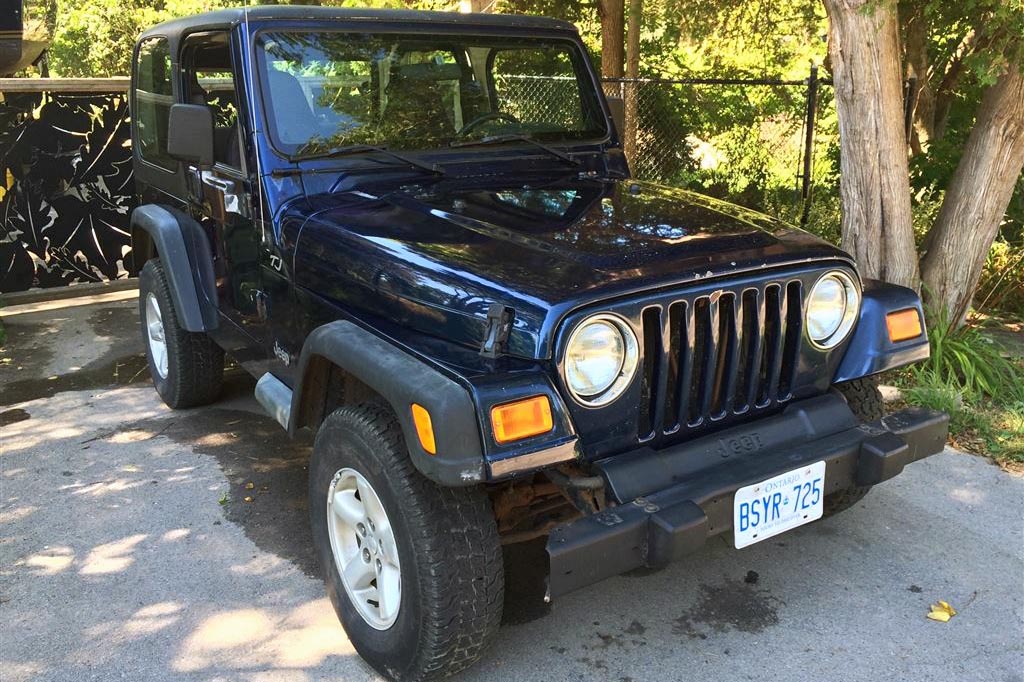 Are you the kind of student more likely to strap a kayak than a keg to the roof of your vehicle? This 2002 Jeep Wrangler has you covered, as its go-anywhere attitude will be the perfect match for your outdoorsy lifestyle. Cheap to buy and cheap to maintain, the Jeep Wrangler is known for needing a little TLC throughout its lifetime, but its simple design makes taking care of the occasional repair fairly simple. Once the warm weather hits in the springtime, you can also take the doors and the top off and have some fun in the sun. 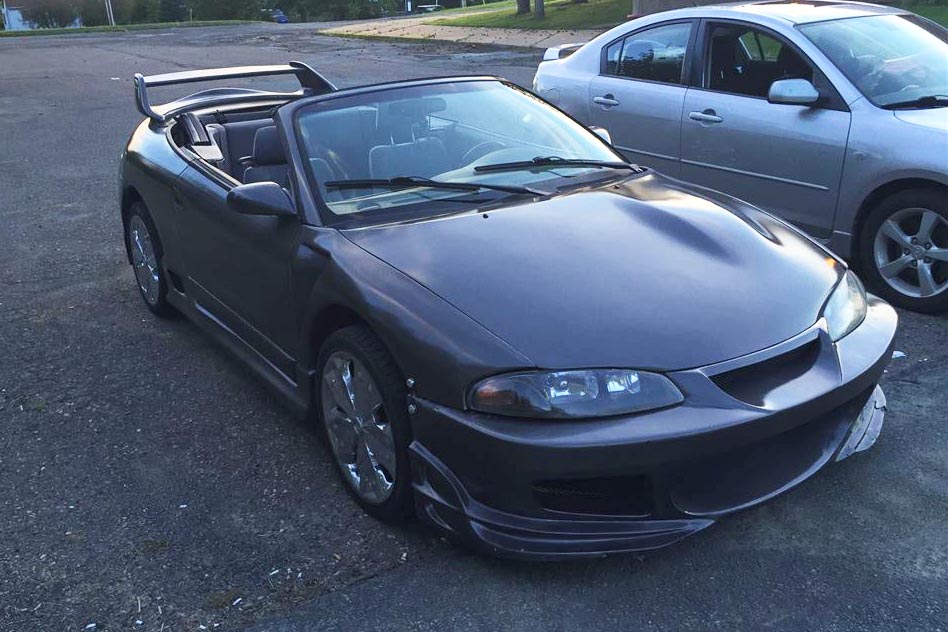 Speaking of sun-seeking: this 1997 Mitsubishi Eclipse Spyder isn't just a cheap convertible, but the body kit and customized touches added by the current owner will let you relive your inner Fast and Furious fantasies for pennies on the dollar. Relax – there's no turbocharged monstrosity under the hood of this GS model, just a reliable four-cylinder – but the car definitely looks the business, and as long as you don't line up beside anything more gutsy than a base Camry at a stoplight you'll be able to keep your reputation for 'living life a quarter mile at a time' intact. 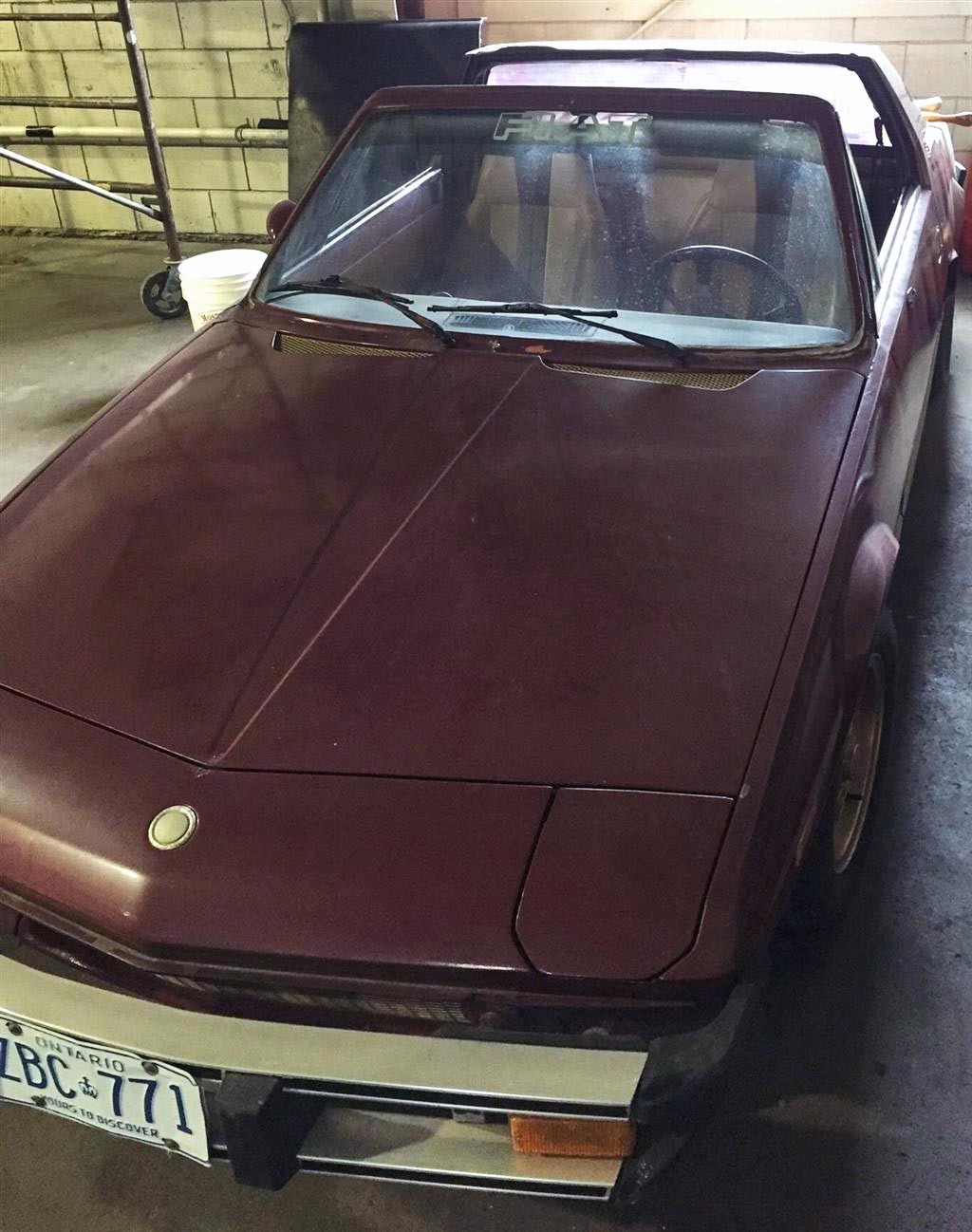 We chose a classic to round out the list: in this case, a Fiat X1/9, an Italian coupe that got its eye-catching looks from Bertone and its rear-wheel-drive, mid-engine design from the same minds that thought 61 horsepower was sporty enough for a Canadian audience. It might not be quick, but it's light and offers good handling for its era, and since the X1/9 was manufactured with few changes until 1987 you won't have any trouble locating parts when it's time to ‘fix it again, Tony’.