After delay after delay, Elon Musk has finally unveiled the long-awaited Model X to the public at a launch event in California. While the Mo
Advertisement

After delay after delay, Elon Musk has finally unveiled the long-awaited Model X to the public at a launch event in California. While the Mo

After delay after delay, Elon Musk has finally unveiled the long-awaited Model X to the public at a launch event in California. While the Model S has been making waves in the upper-tier full-size luxury segment as a viable all-electric sports car for some time now, now the Model X hopes to do the same in the luxury SUV segment.

While the rear-falcon-doored, all-wheel-drive, all-electric, premium SUV is first and foremost geared towards the family vehicle market, that doesn't change the fact that the Model X in top-tier trim can do a 'ludicrous' 0-60 mph run in 3.2 seconds from a standstill and run up to 155 mph or 250 km/h.

Seven seats, class-leading interior space, practicality, smart design with a heavy focus on active collision avoidance round out the family-first vehicle. This ensures the Model X has all the features that any well-to-do shopper with the resources can now have in their very own zero-emissions SUV with a range of 250 miles or 400 km. Not to mention an SUV equipped with a 'bioweapon defence' button - an air filtration system that's far beyond the capabilities of any other car on the road - just say no to the airborne zombie apocalypse.

Them's the meat and potatoes of the Model X so let's get into a little more detail. 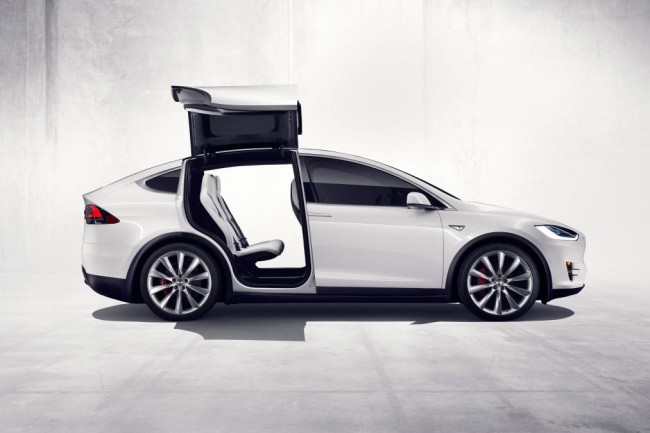 The Signature model is no slouch with a 0-60 mph (0-96 km/h) time of 3.8 seconds. Both models top out at 155 mph or 250 km/h. The Signature model has a slightly higher range than the Ludicrous mode-equipped Founder model and tops out at 257 miles or 413 km (I can't see that making much of a difference in anyone's mind).

Back to the family safety department - Tesla claims the Model X is the safest SUV on the road. Claiming an all-round 5-star IIHS crash test rating in every single category and only a 6.5% chance of serious injury in a high-speed collision, the numbers back up the claim. This is achieved largely due to the placement of the battery pack underneath the vehicle, as opposed to a high-mounted engine up front, enabling the Model X to have a large crumple zone and above average rollover protection due to an incredibly low centre of gravity.

About those rear falcon doors: while to the casual observer it may seem to be an attention-grabbing ploy, Tesla says the rear falcon doors are with equipped ultrasonic sensors to detect obstacles and automatically adjust the opening motion on multiple hinge joints, thus enabling the rear passengers easier ingress and egress in tight spaces. To that I say, hogwash! What about garage spaces with low roofs and pipes like many modern condo or downtown underground parking lots? 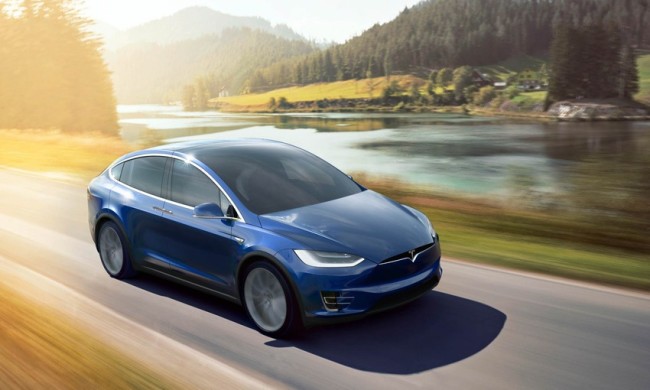 All that glass sounds like a recipe for a greenhouse and baking passengers, but of course, Tesla is on the ball and the glass is designed with a long, gradual, gradient tint with layer after layer of tinted glass. The Model X is also equipped with highly advanced sun visors that can stretch and expand to reach the rearview mirror and lock into place with a magnet if needed.

The odd-looking egg-shaped Model X allows an incredible amount of interior space. With massive trunks up front (large enough for a wheelchair, apparently) and in the rear and lots of cabin storage, the Model X is ready for any family outing with minimal fuss. If that's not enough storage, the Model X can tow up to 2,000 kg - this is huge but I wonder at what cost to the overall range of the EV. Current accessories feature a bike rack that fits four bikes or six pairs of skis and attaches in less than 10 seconds – with more accessories on the way, no doubt - I can't wait to see how they manage to fit a canoe rack on those falcon doors. 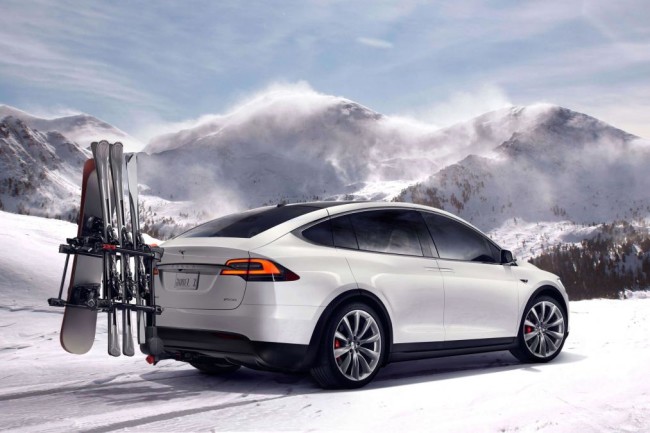 The egg-shaped Model X is also good for a drag coefficient of 0.24 - making it officially the most aerodynamic SUV ever with an active spoiler that deploys in three different positions according to the car's speed to aid performance.

Elon Musk has gone on record to say the Model X will double Tesla's global sales and plans to sell 55,000 vehicles in 2015... followed by a major boost once the Model 3 launches. 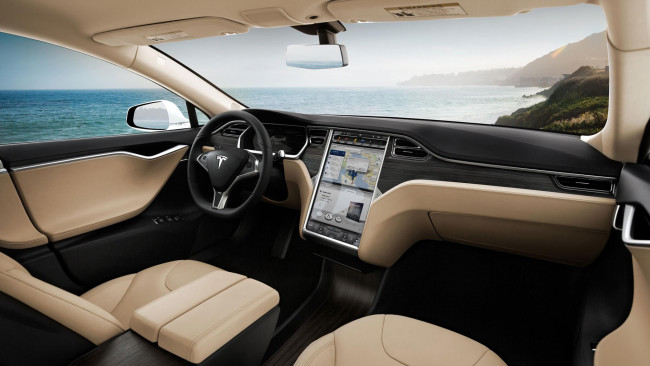 See more
Combining his passion for all things automotive, stunning photography, and the burning desire to share a good story laced with pop-culture references and humour, Ronnie has found his calling as a "do-it-all" in the auto industry.
Advertisement