If wild flights of fancy are the hallmark of the Tokyo Motor Show, then consider Mazda's RX-Vision concept to be both dream and reality. After years of denying that the RX-7 might be reborn again, here it is – in concept form at least.

As the sheets came off, the collective whirr heard around the world was ten thousand triangle-headed rotary fan-boys whirring to ten thousand rpm instantly. The sleek RX-Vision is impossibly long and low, fitted with ceramic brakes and sticky Bridgestones. As you might expect, it comes draped in Mazda's signature Soul Red paint, and the front end echoes the current ND MX-5's snake-like visage.

In side profile, that ultra-long hood gives the RX-Vision something of the look of a Toyota 2000GT. You have to wonder whether it actually needs all that space, given how compact a rotary engine is. 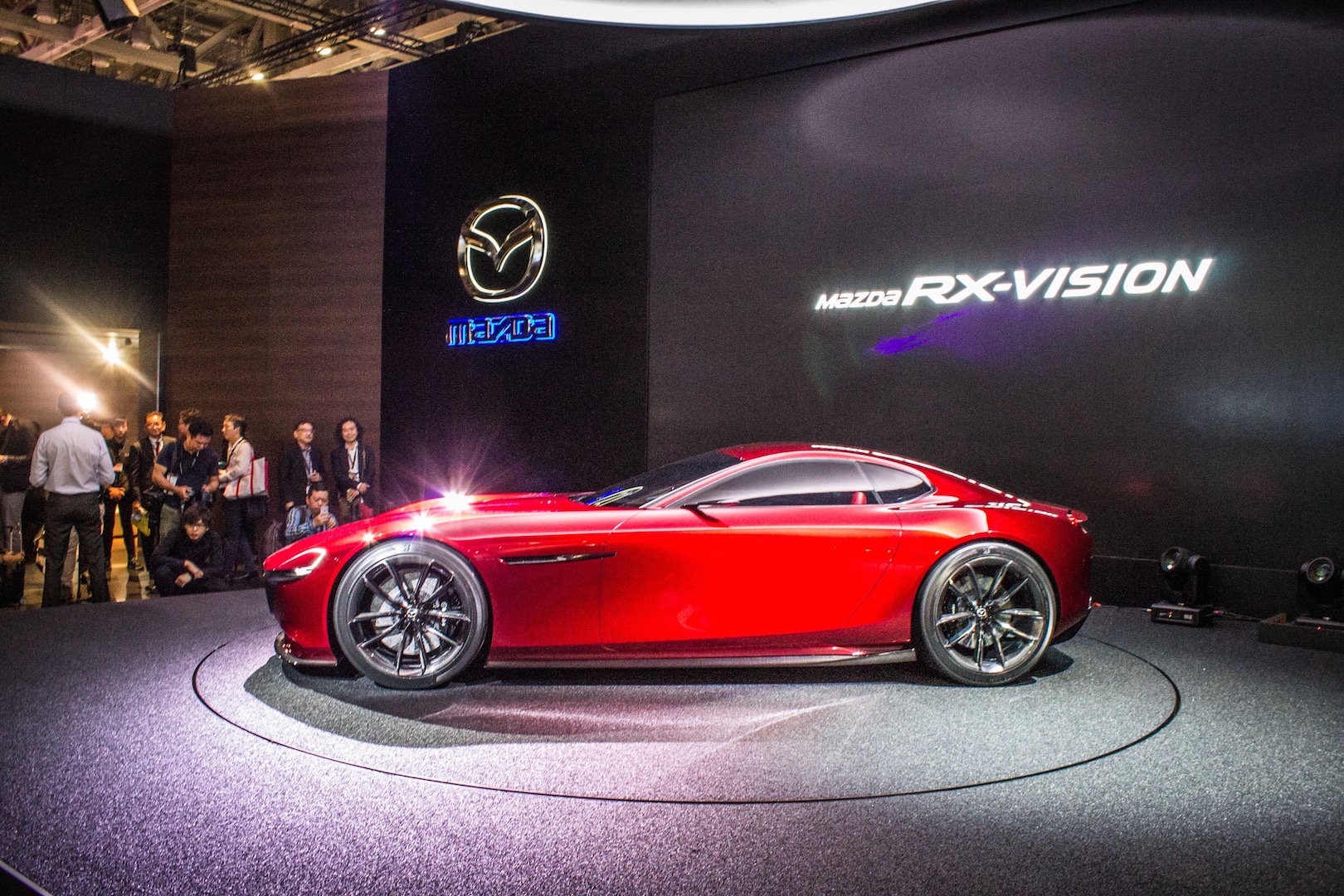 And yes, it's a rotary engine, and yes it's rear-wheel-drive. Beyond that, Mazda was tight-lipped on details; hardly surprising considering how long it took them to leak out specs on the current MX-5. However, they did dub their new engine Skyactiv-R, meaning that some part of Mazda's high-compression and precise injection management might be able to deal with the rotary engine's tendencies toward poor emissions and thirsty fuel economy.

As a side note, the sharp-eyed at the press conference might have noticed Canada's own Scott Hargrove piloting his third-gen RX-7 around. Hargrove's an experienced racecar driver, despite his young age, and the choice of an RX-7 as a personal car makes perfect sense.

Whether or not bringing back the rotary engine makes the same amount of sense remains to be seen. It'll certainly be a challenge, especially in these emissions-conscious times. However, it isn't the first time Mazda's faced down similar challenges to their unusual engine, and their engineers seem determined to make the rotary happen again. Speaking to Nobuhiro Yamamoto, powertrain engineer for the third-generation RX-7, he indicated that while the difficulties are different, the challenge to the rotary hasn't changed one bit.

Some will be puzzled as to Mazda's dedication to rotary technology; the fans will love it. A return of an RX model might seem a dream right now, but it looks like it's going to become reality.