Hit a button and the Nissan IDS's aircraft yoke of a steering wheel folds up and disappears into the dashboard, replaced instead by a touchscreen tablet. This, says Nissan, is the future: driving as a choice instead of a necessity.

While the enthusiast community might cry, “When you pry the steering wheel from my cold, dead hands!”, everybody else has a soul-sucking commute. An automatic chauffeur to handle the stop-and-go while you work on your candy crush score? Sounds good to me.

Add in a 60-kWh battery that's twice the size of next year's Leaf, and you've got a compelling argument that this concept might represent the kind of car you'd actually be able to buy in ten year's time. Ditch the coach-style rear doors (we get it, Nissan, it's a concept), tone down the great looking wood of the interior, and put more reasonably sized wheels on the IDS, and it could very well be the 2025 Leaf. 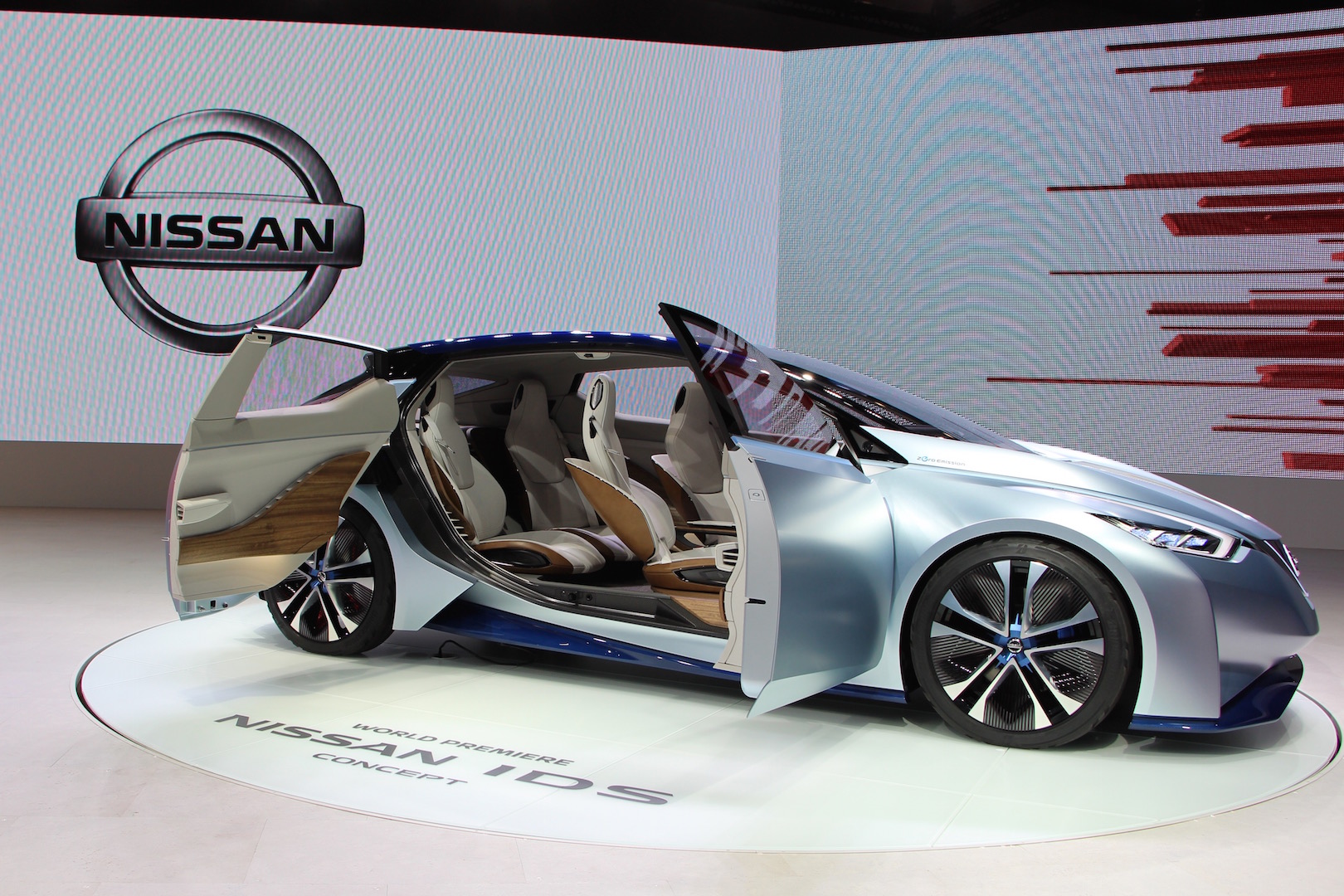 If Tesla tends to get the headlines, Nissan's zero-emission vehicle fleet actually leads the way in sales numbers. The Leaf provides the type of ownership experience that the Toyota Prius once did, and while it's a drop in the bucket compared to conventional internal combustion engines, improving battery technology makes owning an electric vehicle ever easier.

With the IDS, Nissan Intelligent Driving systems gain a new zero-fatality mandate, with camera and radar based technologies in place to deal with both driver error and take over driving functions entirely. Safety is improved, and the ability to let the car take over any time you hit a traffic jam sounds like a win.

But don't expect an autonomous Nissan tomorrow. The rollout of technology will likely come in slow phases, adding in layers of protection. First we had radar-guided cruise control, then lane-departure warning, then blind-spot monitoring – each successive layer of driver aid brings us close to the autonomous future. Granted, this is a lot less exciting than a new, hybrid-electric GT-R tearing up the track, but in our clogged modern streets, the former will have far more impact on how we actually live. When is the Right Time to Take the EV Plunge?
Autonomous Cars of the Future