Audi S8 Plus and RS7 Performance Rumble into LA There really is nobody that does big, fast motoring quite like Audi. Yes, the Mercedes S65 AMG is certifiably bonkers, but it seems to sit more in the “I’ll get you there quickly along the Autobahn” camp, rather than the “I could get you there quickly on the Autobahn, but you think maybe we can divert here and there for a curve or two?” side, which is where the two cars here reside.

The RS7 Performance model and the S8 Plus debuted at this year’s LA Auto Show, and if you thought Audi couldn’t get any more bonkers than the S8 and RS7, well, you were wrong.

It looks every piece the monster, this car. 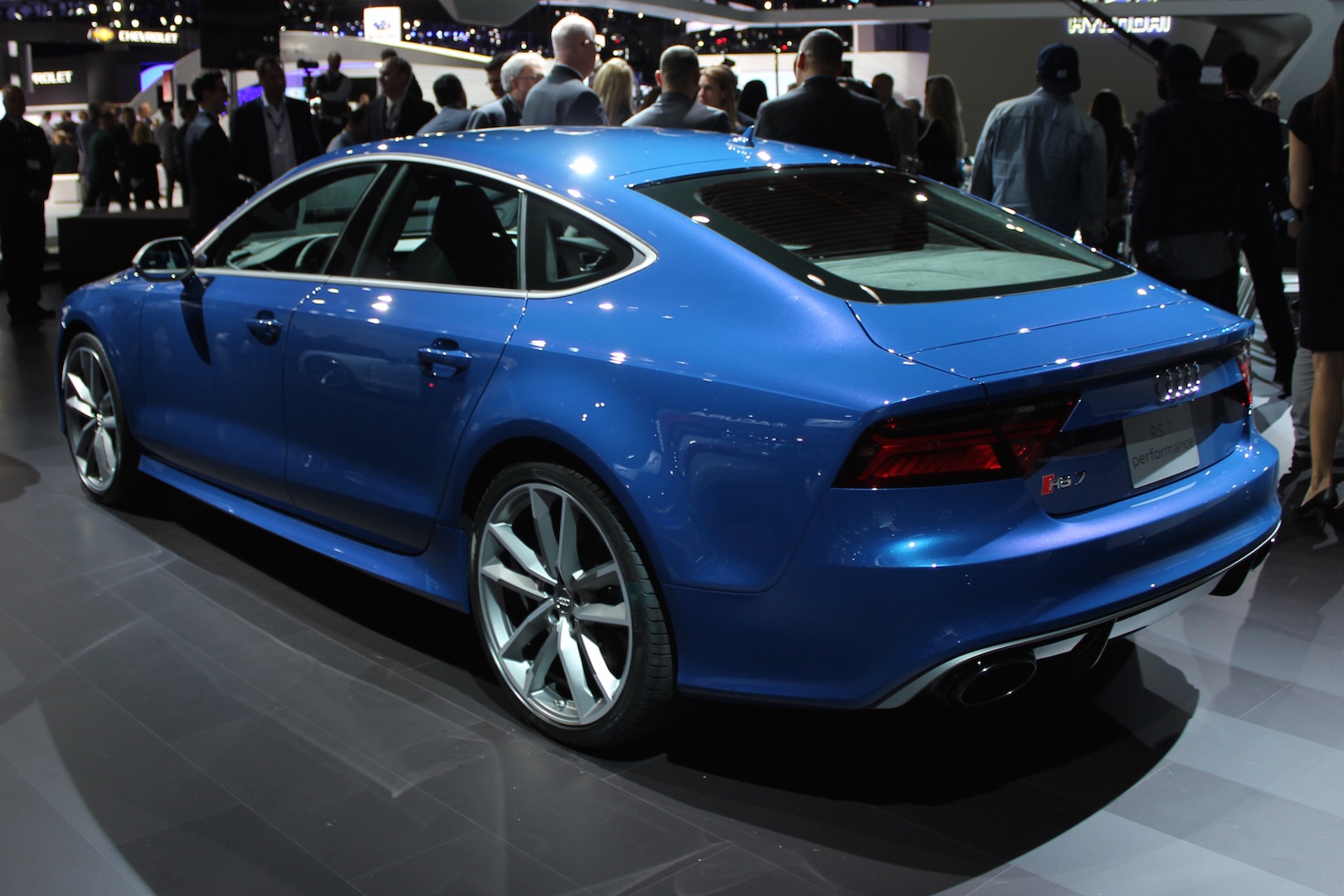 However, if you really want to throw a curve or two beneath your German behemoth, then the RS7 may be the ticket for you.

Essentially an S8 with a rear hatch, the RS7 Performance gets the same 4.0 TFSI twin-turbo V8 (605 hp, 516 lb-ft) as the standard RS7, but with an overboost function that allows torque to climb to 553 lb-ft.

The real addition comes in the form of standard carbon ceramic brakes and sport-tuned RS suspension with Dynamic Ride Control, while the 21-inch wheels are an RS7 Performance exclusive. The rear bumper has also been redesigned, and carbon mirror housings come as standard.