With Super Bowl season upon us, it’s time to take a nice, long look at everyone’s favourite pastime-within-a-pastime: tailgating. It’s a way for fans to congregate, demonstrate where their loyalty resides (and how deep it goes) and eat. Lots.

Check out our gallery of some of the craziest tailgating mods gracing North America’s massive stadium parking lots. 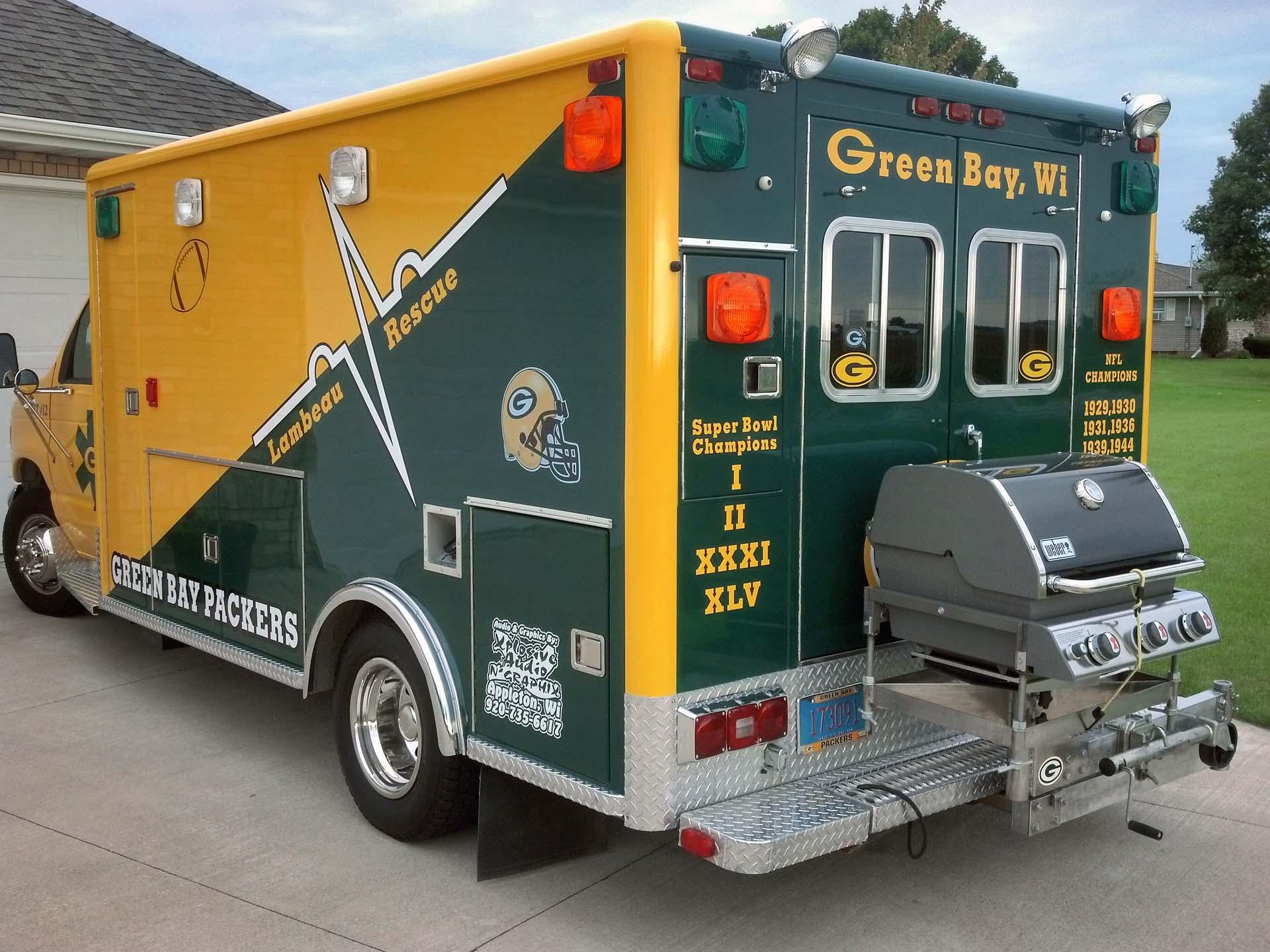 No, your eyes aren’t deceiving you; that’s a bona fide, retired Ford ambulance, converted for a full-on tailgating fest. Additions include a flatscreen TV, bumper-mounted BBQ and enough Green Bay Packer memorabilia to fill a basement. Even the warning lights are green and orange, to reflect the Packers’ unis.

A Bunch of Other Ambulances 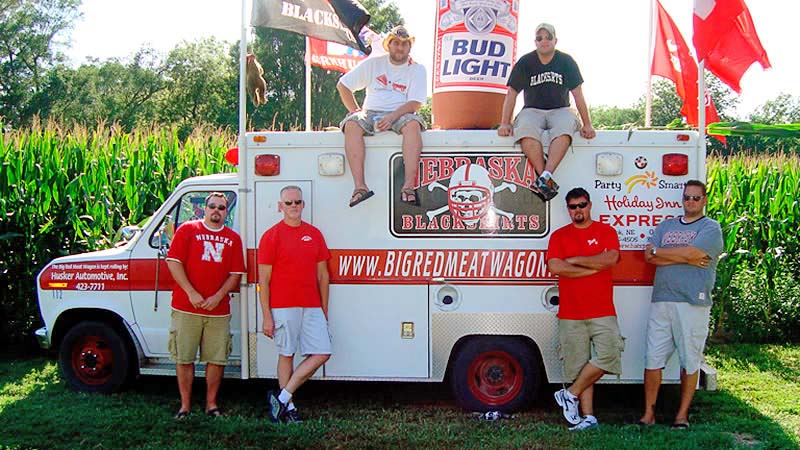 Green Bay fans aren’t the only ones; old, retired ambulances come pretty cheap, meaning fans across the country have used them as tailgate rigs. 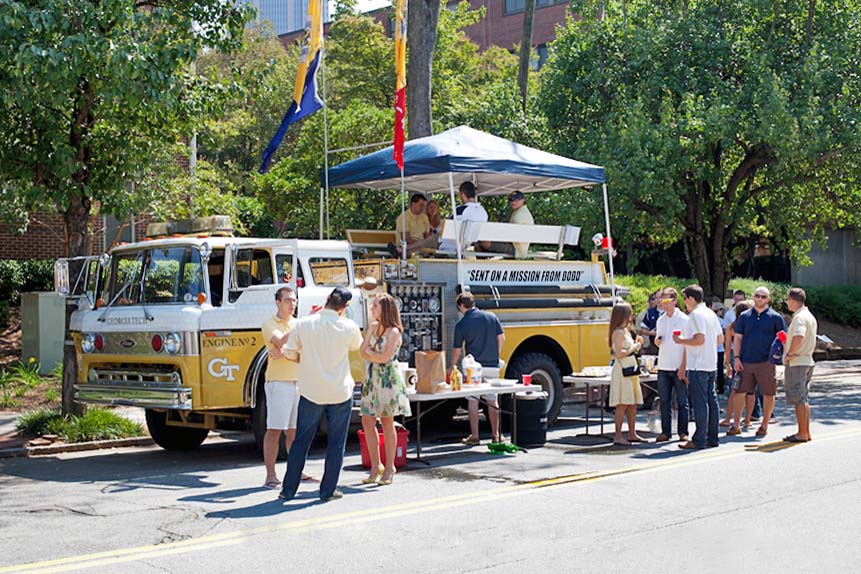 Why go for an ambulance when you can have a whole fire truck, like these Georgia Tech fans? 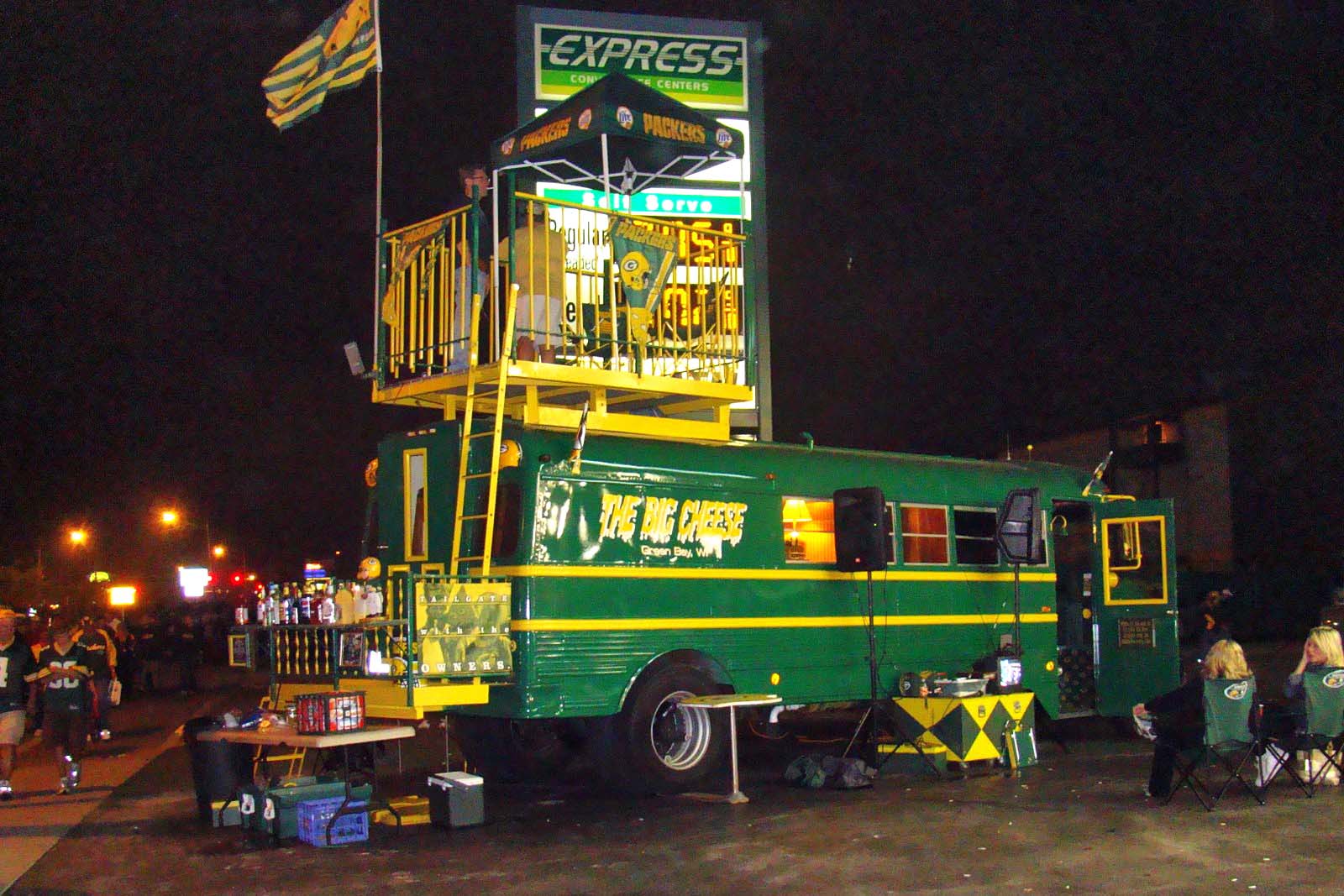 Ambulances, meanwhile, aren’t the only vehicles ripe for conversion by manic Packers fans, either; have a look at this former school bus (or maybe that’s “prison bus”; hard to say for sure). More than simply being outfitted with a set of booming speakers, it has been given a WHOLE OTHER STOREY. Nuts. 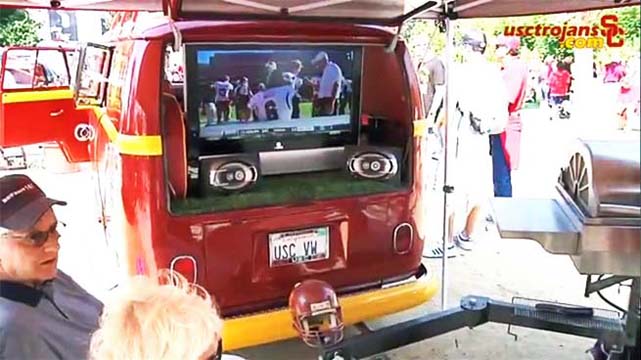 Of course, school buses aren't the only buses that could work; you could always slam a big-screen TV in the back of your VW bus… 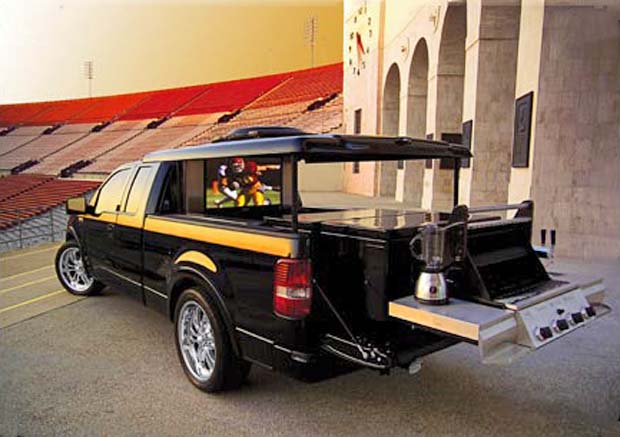 Oh, so you think you’re big because you have a pickup in which you can transport a BBQ? Well, MY pickup is part of my BBQ… 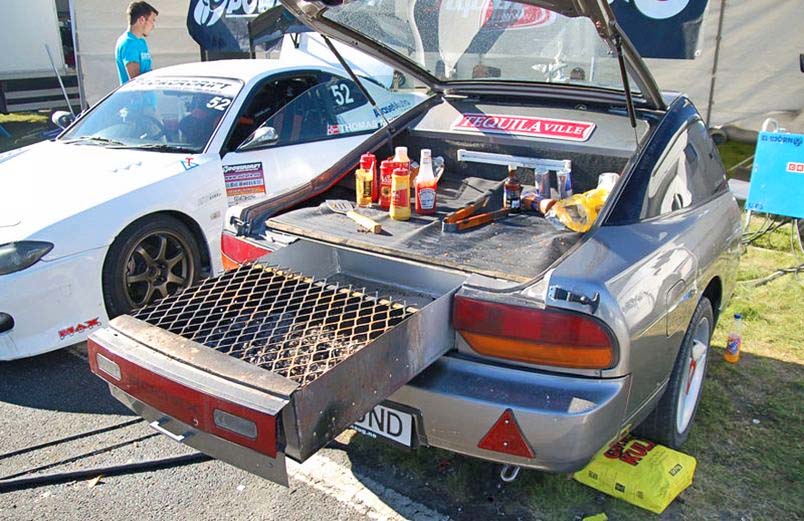 The only way this would be any cooler, is if it were attached to a running 240 SX. Perhaps with a RB2DETT swap. 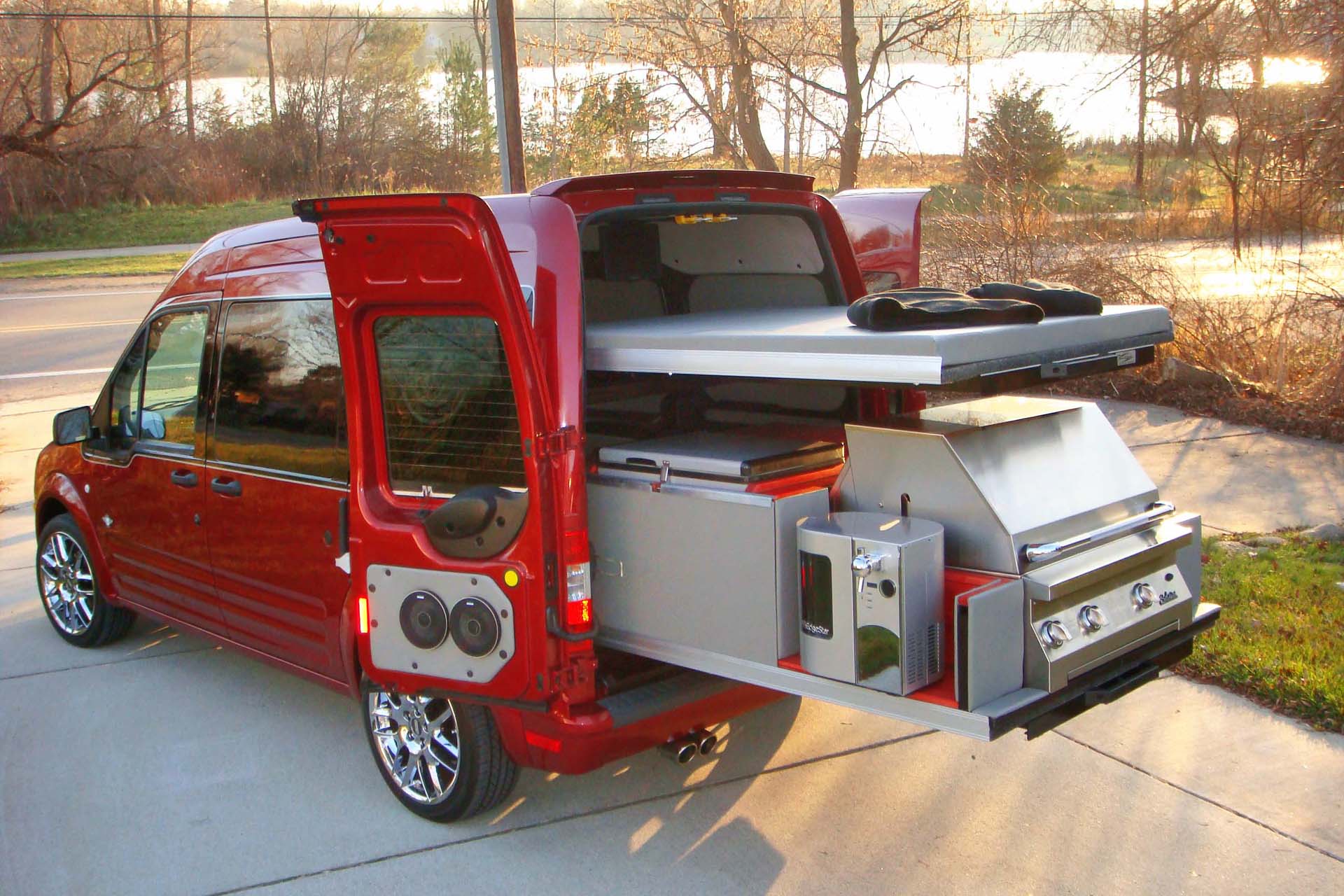 Popular among white van men everywhere, it appears the Ford Transit Connect can work as a BBQ, too. Can that chassis really withstand the weight, though? 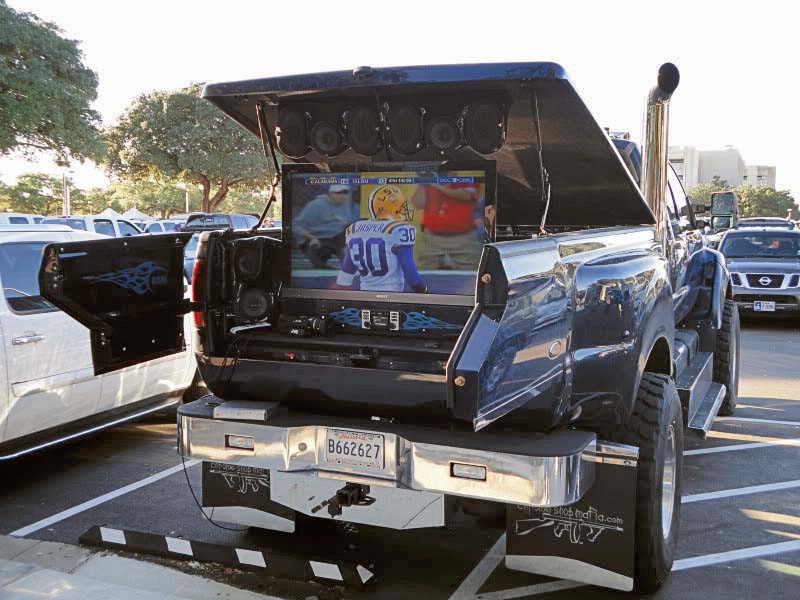 Chances are, when you roll up in one of these. You’ll have no problem finding a spot. Even if you’re wearing the opposing team’s jersey. And have their logo tattooed on your forearm. 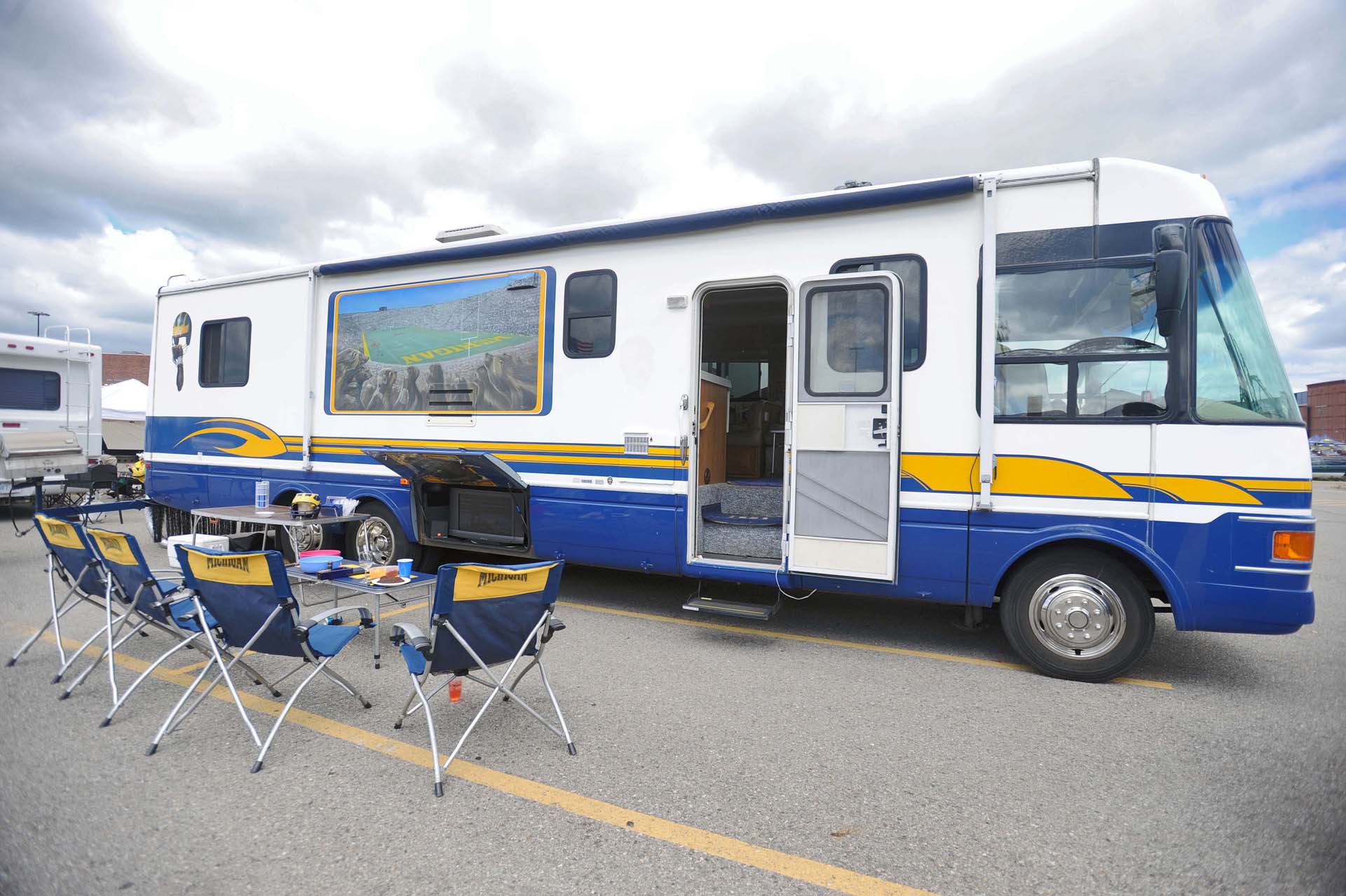 When you’ve got enough coin to do this to your six-figure RV, you know you’ve got it made in the shade. 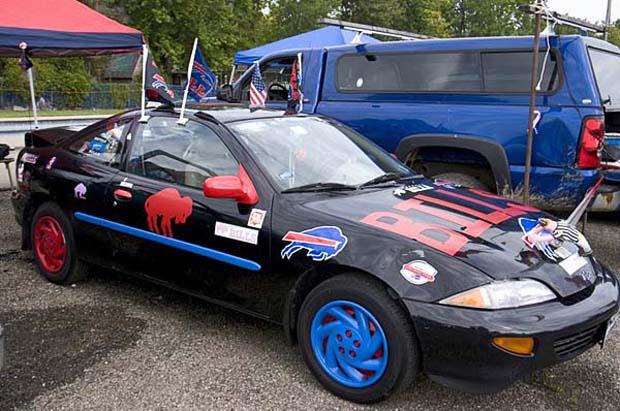 Yes, a former Wisconsin ambulance and a decked out, lifted pickup are all well and good, but something has to be said for the tailgating car that fits a team’s on-field performance oh-so well. 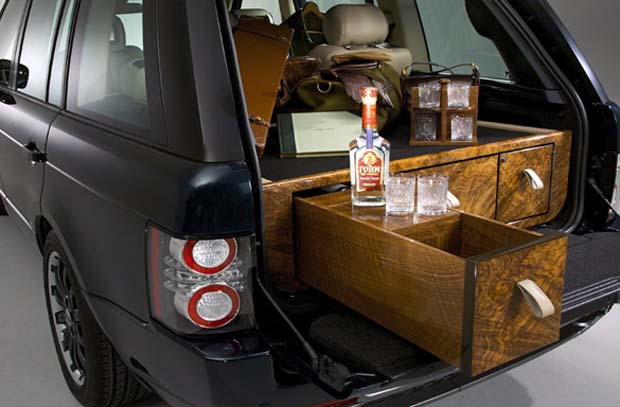 BONUS: There are some cheap tickets, but there are also some massively expensive ones. In the end-zones for example. Or along the sidelines. Or behind the team bench. For the discerning tailgater, there’s this: the Holland & Holland Range Rover.