Audi Shows Forbidden Fruit in Geneva, then Reveals SQ7 with 664 lb-ft of Torque This week Audi unveiled a trio of exciting cars... that Canada probably won't get. While automakers have been busy making their lineups the same across the globe, there are still some that don't make it to Canada or the USA. Sometimes that's for the best, and sometimes we wish we could get a crack at them. This is an interesting trio from Audi that isn't likely to make it here, but is still worth a look.

Start with the SQ7. The sports version of the full-size Q7 SUV has a 4.0L diesel V8 with not two, but three turbochargers. Two of them are conventional, but sit in the vee of the block. This helps with efficiency and with reducing lag. The third turbocharger is said by Audi to eliminate turbo lag completely. It has a 48V electric motor that is capable of spinning it to full boost in under a quarter of a second. This takes nearly 6000 watts of power, but is more than compensated for with the instant boost. It also has variable valve lift, including a feature that lets the computer adjust each exhaust valve in the cylinder separately. All of this means the SQ7 produces 435 hp and a massive 664 lb-ft of torque. The 48V electrical system also allows for more advanced suspension control including anti-roll bars that can uncouple for improved ride compliance in a straight line. Also included are more chrome, fancy wheels, and special interior trim. 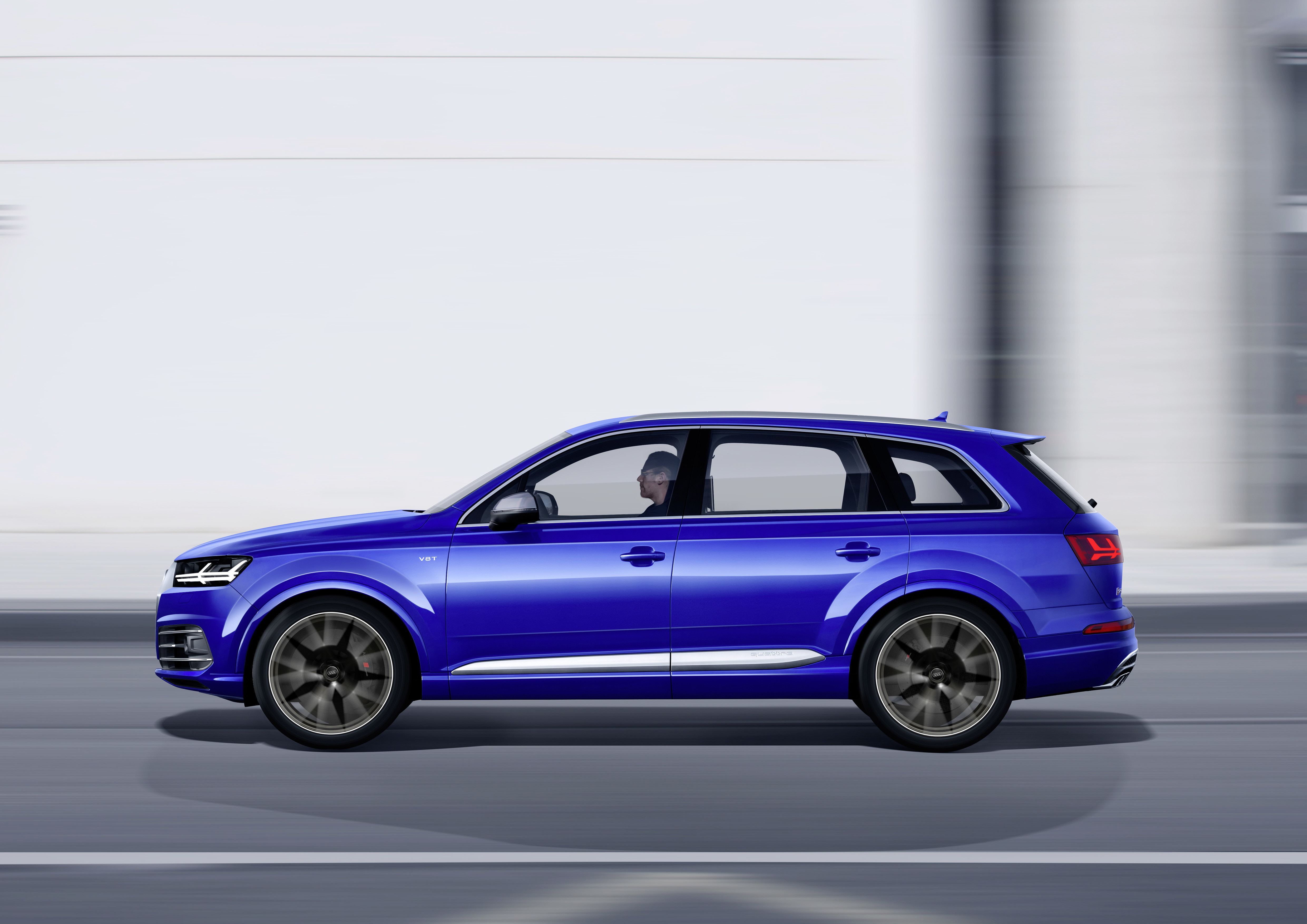 Next is an SUV that's almost the opposite. The all new Q2. This is a compact SUV. Very compact. Think nearly 10 cm shorter than a Chevrolet Trax. Standard with front-wheel drive and a 144 hp 1.0L three-cylinder engine. This is for urban centres. A wide range of power choices (six engines initially, with hybrid power a later possibility) all the way up to 2.0L gas and diesel models. Also available is Audi's hallmark Quattro all-wheel drive.

Possibly the most important thing about this mini-SUV is that it's the first production model from new Audi design chief Marc Lichte. Lichte also states that Audis going forward will have more unique designs. No more same shape, different size.

Also included, and a major benefit of Audi's extensive platform sharing, are many of Audi's newest safety technologies from its larger vehicles. Among them are autonomous pre-sense front braking (which recognizes pedestrian collisions), radar and video-based lane-change warnings, speed limit recognition, and even the ability to self park in both parallel and 90-degree spaces. 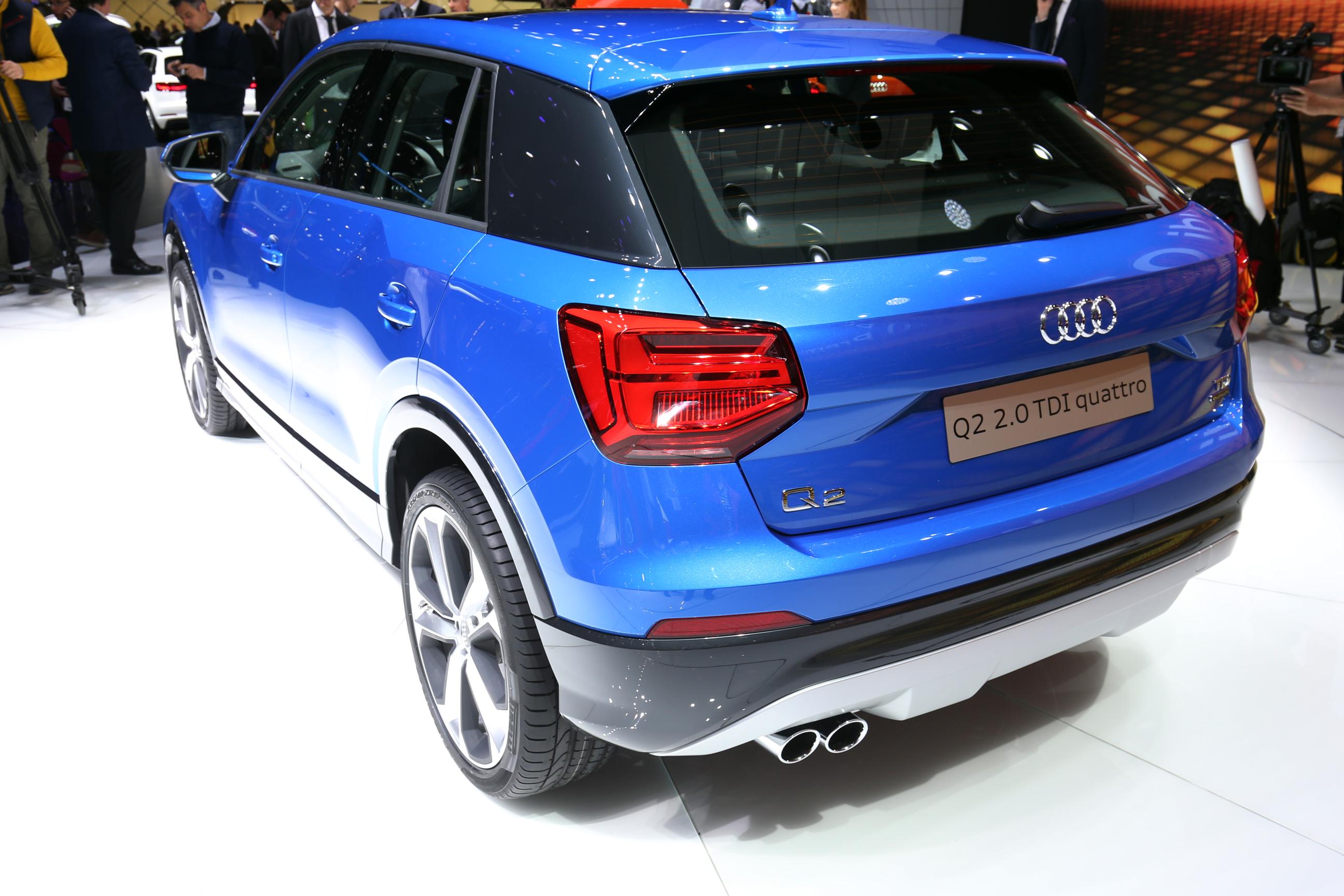 Lastly, but certainly not least, is the S4 Avant wagon. The S4 takes what we know and love from the latest S4 sedan, such as a 354-hp turbocharged V6, eight-speed transmission, Quattro all-wheel drive and torque vectoring, and then it adds over 1,500 L of cargo space in the back. This would be a great fit here, but since Canadians still seem to prefer SUVs to wagons, it's not likely that we'll see it here. 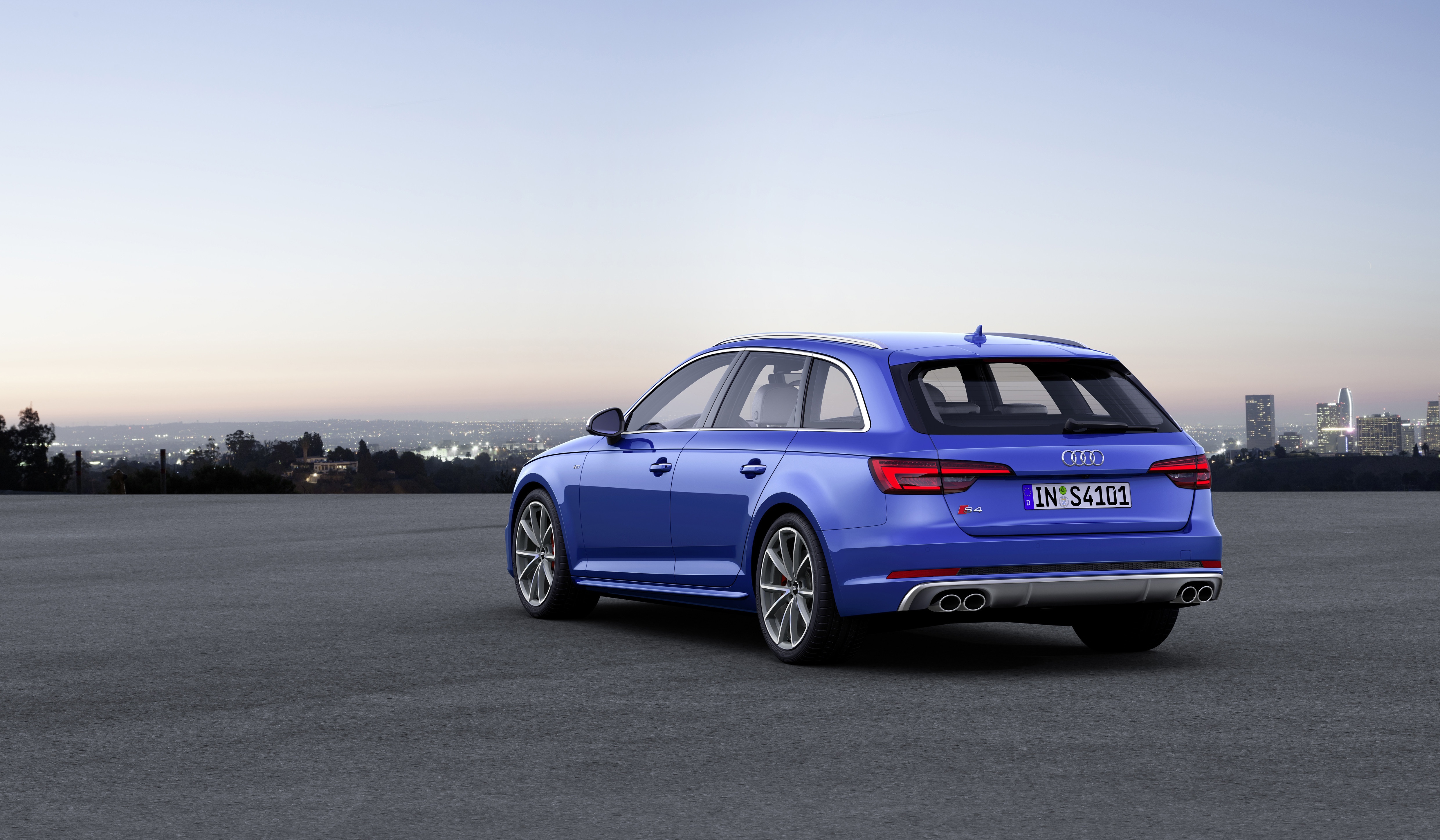 Look for all of these vehicles to be in dealers across Europe over the next year or so, but sadly not here in Canada.