Porsche has made its Macan compact crossover more accessible with a new entry-level model -- called, simply, Macan -- powered by a turbocharged four-cylinder engine.

The automaker says the 2.0L engine was specifically tailored to this vehicle, and incorporates the technologies we expect in modern motors like direct injection, variable valve timing, and intake air intercooling. Power figures of 252 hp (between 5,000 and 6,800 rpm) and 273 lb-ft of torque (between 1,600 and 4,500 rpm) are enough, says Porsche, to move the Macan from rest to 100 km/h in as little as 6.7 seconds (or 6.5 with the optional Sport Chrono package), and "enable fast overtaking maneuvers." If you fancy being arrested following a high-speed chase, the 2.0L Macan tops out at a claimed 229 km/h.

We hope you're not holding your breath to read the four-cylinder Macan will come with a manual transmission, because it won't: a seven-speed PDK dual-clutch automatic is standard kit, along with all-wheel drive. Air suspension with the Porsche Active Suspension Management system will be an option. Other standard features include eight-way power front seats with Alcantara middle panels, lane departure warning, power tailgate, and the latest generation of Porsche's communication management (PCM) system. Exterior cues include 18-inch wheels framing black brake calipers, black side window trim strips, and twin single brushed stainless steel tailpipes.

When it goes on sale in July, the base Macan will slot in below the mid-range S model, with an MSRP of $52,700. 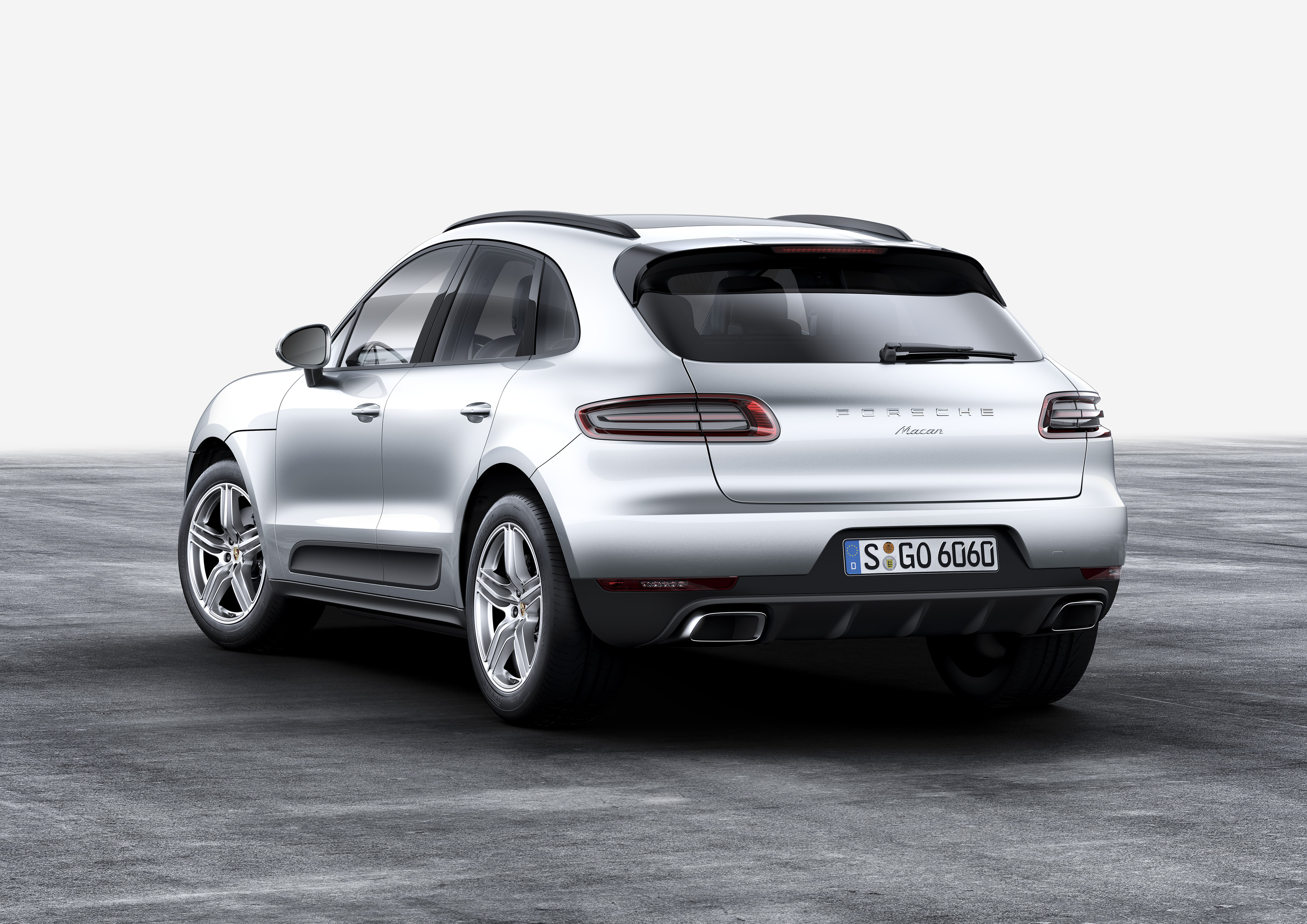