Get ready for heartbreak.
Advertisement

Get ready for heartbreak.

Quick question: If you're both a parent and car owner, which scenario would you prefer to see: (a) your car gets a scratch on its door or (b) your kid gets a scratch on his arm. Easy choice, right? Hey, the kid's gonna heal in a couple of days, but a scratch on the car? Now we're talking tragedy. So, in light of this protectiveness which most of us feel for our cars, it's both surprising and appalling that other owners are not so dedicated. Some of them, in fact, and as these pictures will attest, are even willing to turn their backs on very rare and valuable vehicles. It's crazy. Dubai, in particular, is undergoing a plague of insane abandonments. That's where most of these photos come from, but we'll diversify with a few pics from other locales. 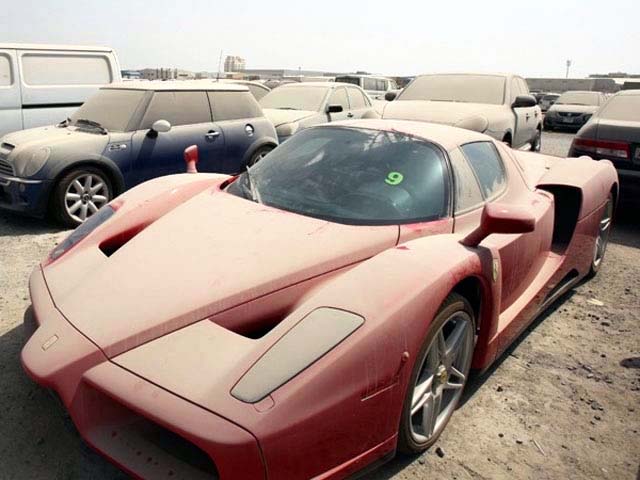 This is one of only 400 Ferrari Enzos ever made, yet despite its rarity has been left to languish in a Dubai impound lot for years. Valued in the millions, this car is the subject of a legal dispute and you can bet, with this car at stake, both sides won't back off an inch. We'll get to exactly what is going on in Dubai as the slideshow progresses. 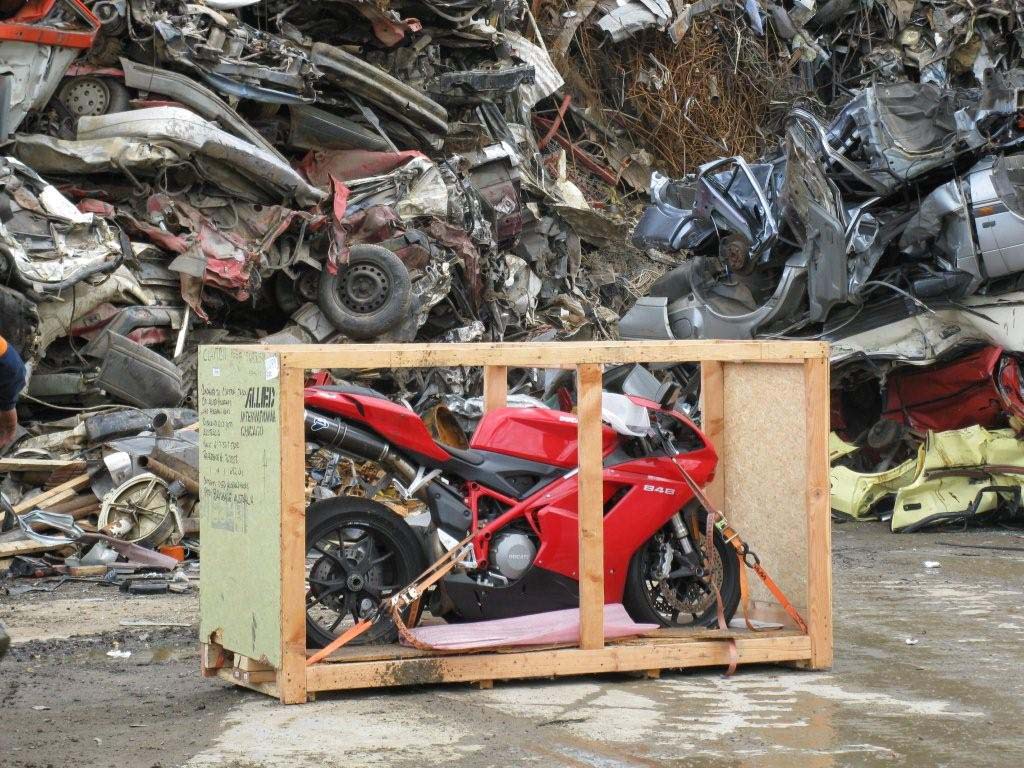 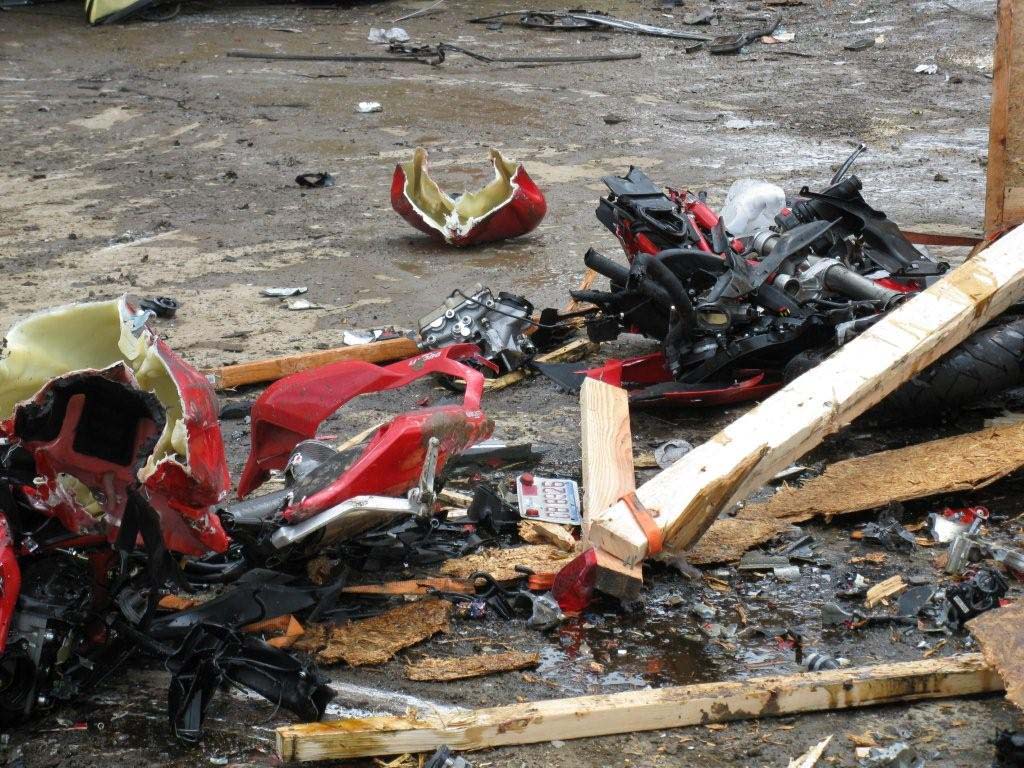 But first we'll take a detour to Australia, and hear the tragic tale of this Ducati 848. A few years ago, a man moved to Australia and brought along his bike, valued at about $14,000 U.S. Unfortunately, the Australian government ruled he had failed to follow the import laws, and that he now faced two choices: (1) export the bike immediately, until import regulations were satisfied or (2) they'd crush it. He must have thought there were too many forms to complete, because he chose option (2), and sure enough Australia followed through on the threat. Crikey.

Here's a Lamborghini whose owner parked it in the airport parking lot, hopped on a plane, and never returned. What sort of madness could cause someone to commit such a travesty? Well, about 10 years ago, Dubai was a river of cash, attracting all sorts of foreigners who immediately started racking up debt, to spend on things like fancy cars, secure in the belief the good times would never end… 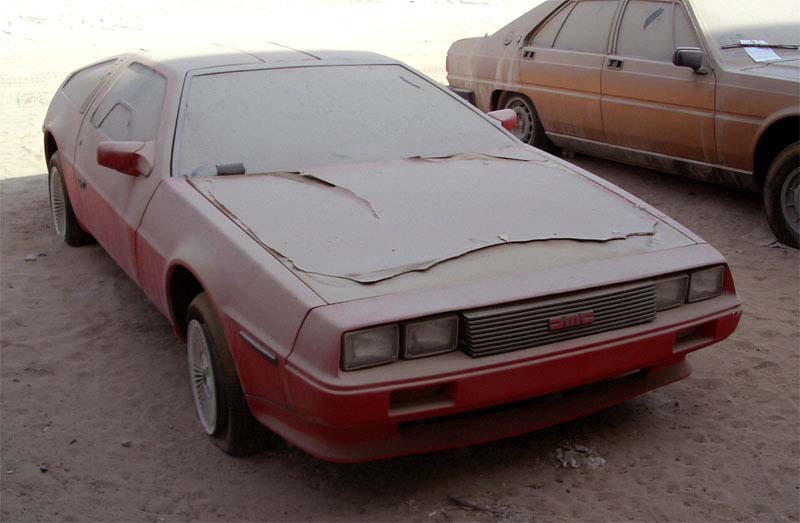 But of course the good times DID end -- and end badly. As the Dubai economy struggled, along with the rest of the world, debts started being called. Unfortunately for the debtors, they weren't in Canada. Debt is actually a criminal offense in Dubai, and a single bounced cheque can send you to jail. So imagine if you've spent more than you have on, say, a DeLorean. Do you go to jail, perhaps for years, or just race to the airport and leave, never to return? The choice is actually pretty easy. 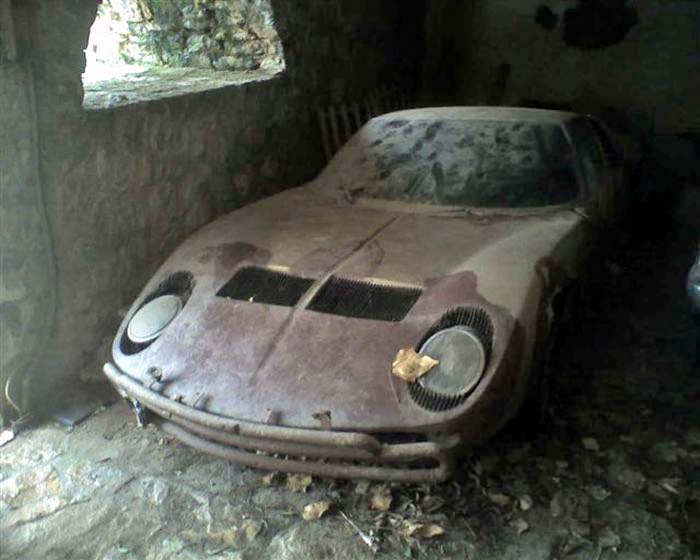 Not all abandonments have a similarly logical reason, however. The globe is littered with cars left untouched for years, whose stories will never be known. Here's a Lamborghini Miura, one of the most gorgeous cars ever designed, and of which only 763 were made (ever), essentially starting the supercar era as we know it, left to collect dust in someone's garage over years. Did the owner die? We may never know, but hopefully someone reclaims this beauty and gives it the respect it deserves. 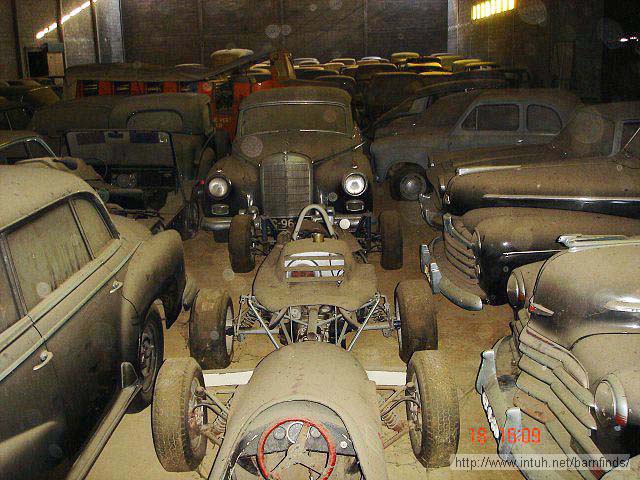 Similarly, there was an old barn in the Portuguese countryside that had lain unopened for years. One day, someone did decide to have a peek inside. Imagine their surprise to discover a collection of decades-old luxury vehicles, race cars and other classics sitting inside. It looks like something out of a post-apocalyptic film. Wasn't the first Mad Max set here? 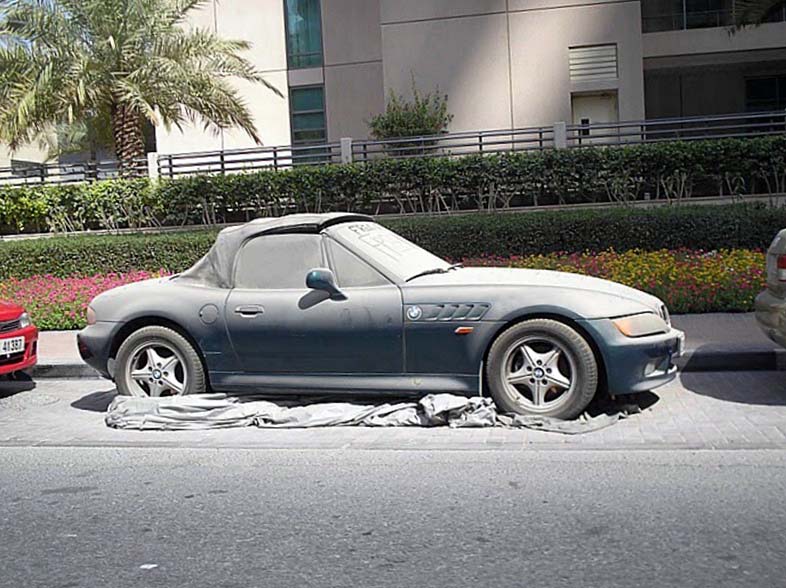 But back to Dubai for a moment. The onetime owner of this BMW couldn't even be bothered to pull his car into the underground garage. Instead, he just pulled over at the side of the road, leaving his car to bake in the heat. He must have been in a hurry. Maybe his plane was taxiing down the runway or something. 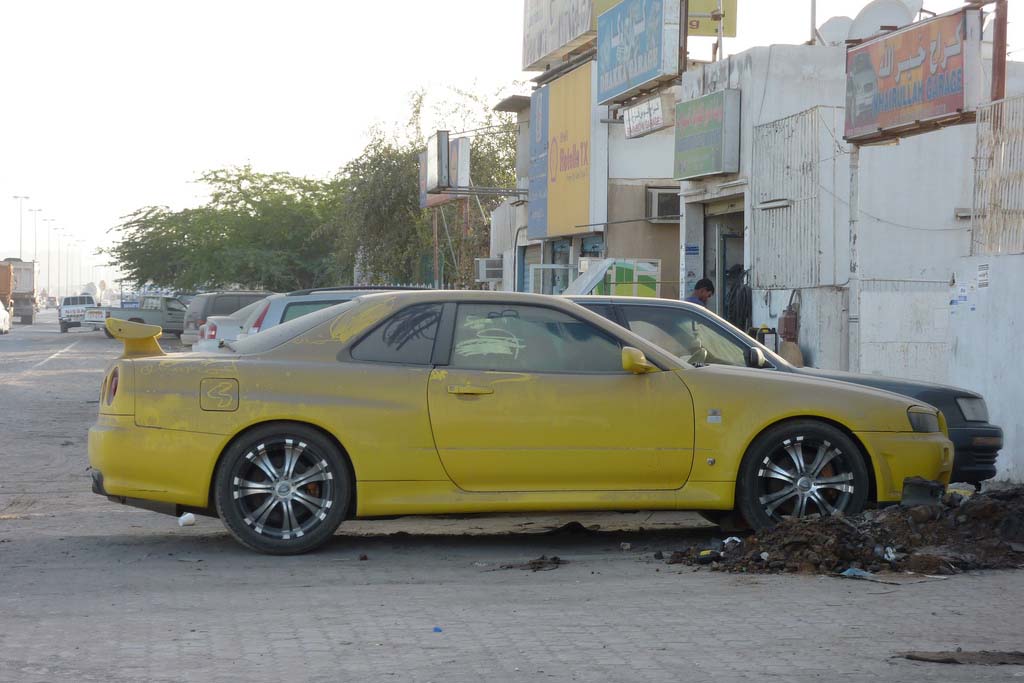 Similarly, this car's owner also couldn't wait to flee Dubai. To me, this area doesn't even look like the airport, more like a 7-11 parking lot. Maybe the owner pulled his Skyline in, got a Slurpee and walked the rest of the way to the airport.

Let's leave Dubai again for a moment, and visit this heartbreaking scene elsewhere. Now, I totally understand how a car might be abandoned if the owners disappears, but clearly there has been at least one person active in this area. Why would you pile construction debris around this classic Phantom? Does it start small -- just a brick or two -- but then before you know it there's a big pile? At some point don't you notice what's going on and say, “Wait, something's wrong here?”

And let's close things out with another stop in Dubai. This Porsche, too, has been abandoned outdoors, yet someone has tried to protect it with a tarp. Strangely -- does anything make sense these days? -- it appears that, instead of putting the tarp on top of the car, they've opted to wrap it underneath. Anyway, if you have a few extra dimes, and want a luxury car, albeit slightly soiled, you might be able to work out a deal with the authorities in Dubai.