Surround yourself in automotive history.
Advertisement

Surround yourself in automotive history.

Someday, they tell us, the automobile will be fit only as a museum piece. We'll commute by self-piloted pods or Futurama-like tubes, or by simply projecting our consciousness into our iPhone 58S.

But which museums are the best ones to go and visit our long-lost wheeled friends, when the time comes? For that, we'll have to wait and see; for now, here's a look at the ten best automotive museums in the world right now, and what they can each tell you about the ongoing story of the car. 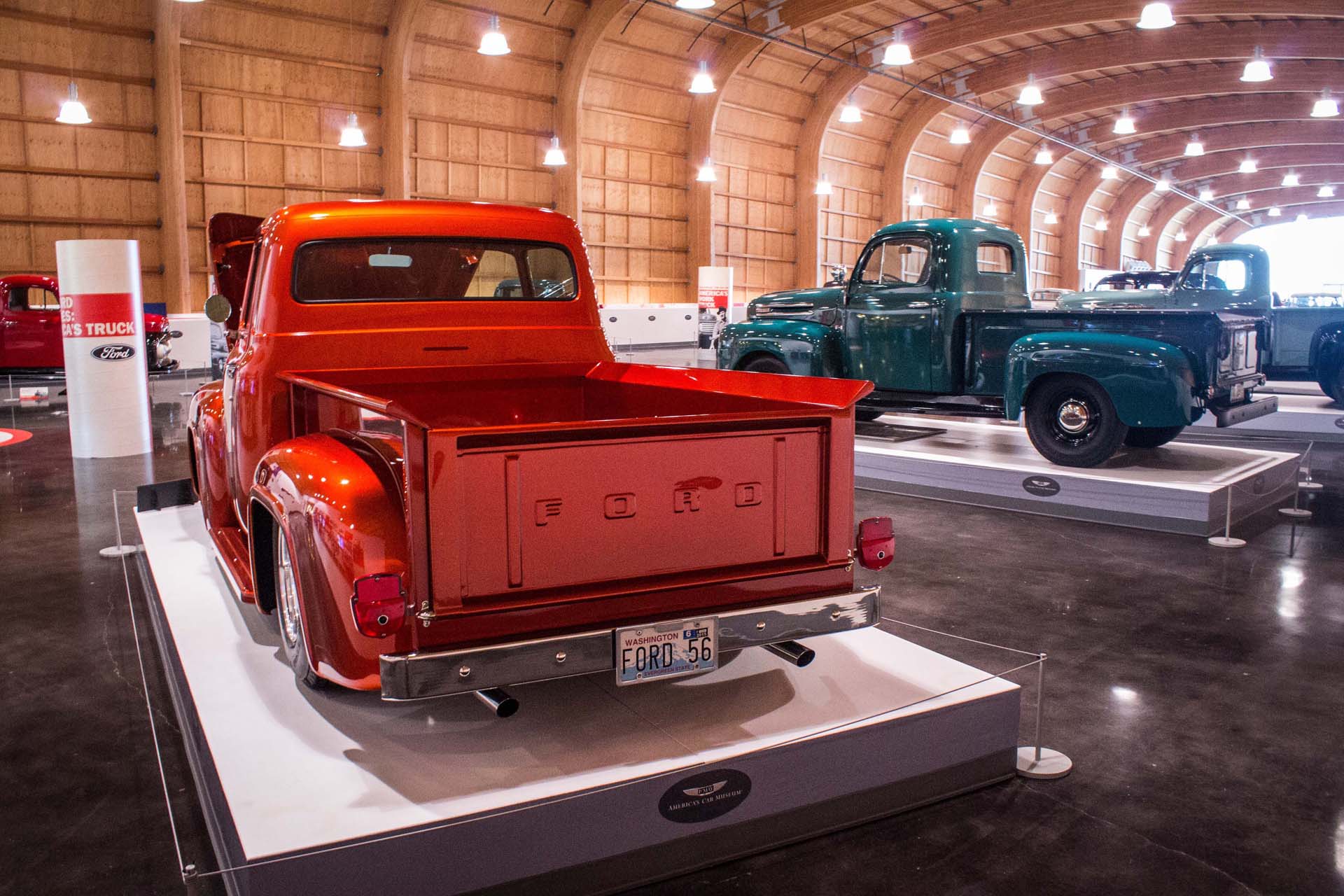 Shaped like the high-rise intake on a hopped-up '57 Chevy Bel Air, the LeMay museum is one man's dream, open to the public. We've visited the place a couple of times, including once for an all-generations display of the Ford F-150, but there's always something new to see.

Not only does the LeMay show off hundreds of classic cars throughout its multiple layers, but it also has more ordinary cars tucked through the centre of each landing. These can be anything from in-process restoration jobs to quirky oddballs to gleaming perfection. Quite simply, you never know what's going to appear around the next corner. 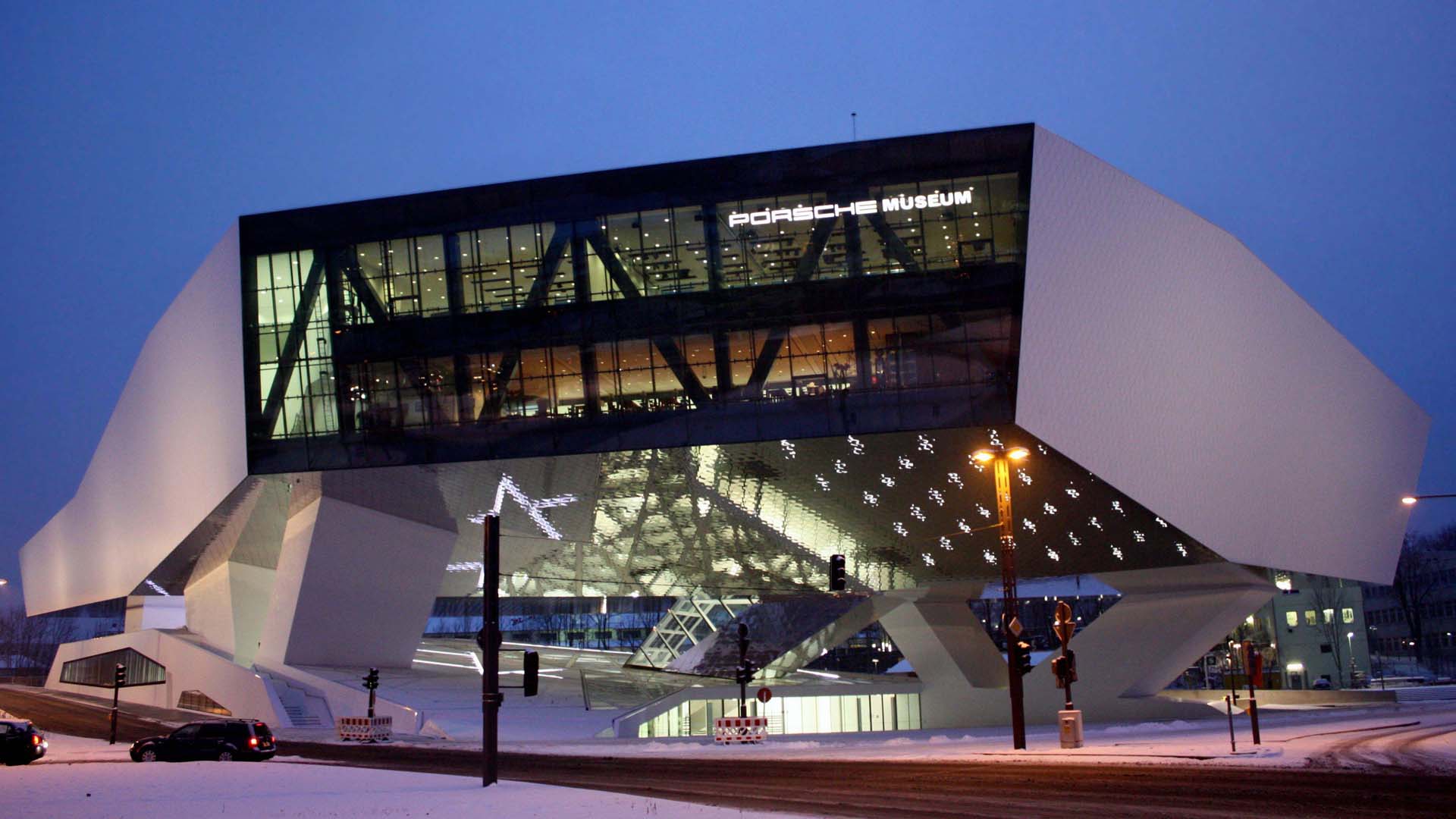 Porsche makes much of its heritage in racing, and you'll find all that heritage stored here. From early 356 racers to the flat-12 turbopanzers, all are on display to drool over.

And, surprisingly, they pretty much all run. If you're very lucky, you might even be around when Porsche's technicians decide to fire up some thing like their ex-Dakar 959. Stupendous. 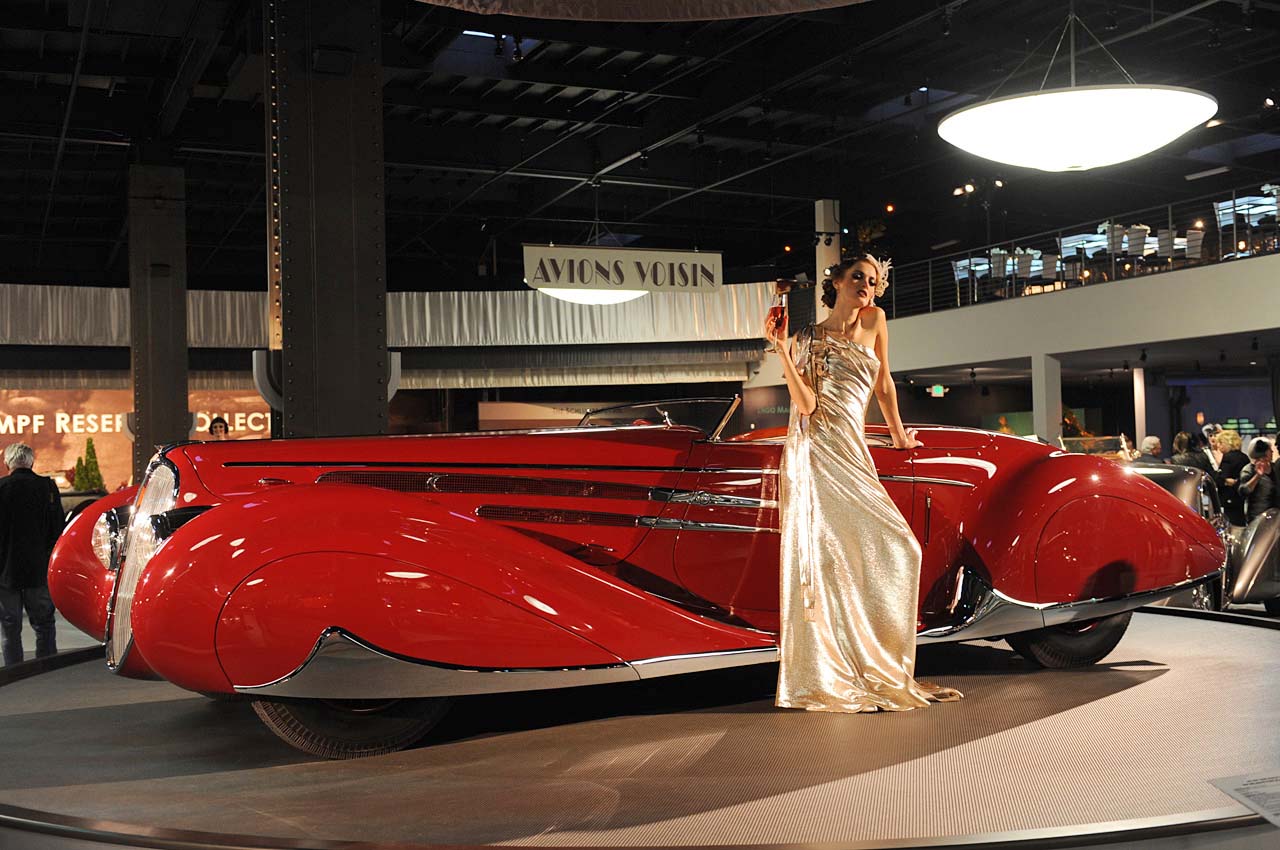 Some automotive museums are large enough to have a theme. Other, smaller venues focus on a single facet or era of the automobile. For the Mullin museum, it's the beauty of the art deco period.

Think Bugatti, and think very exclusive. The Mullin is only open to the public one Saturday a month, though if you push your luck, you might just be able to get a private viewing. 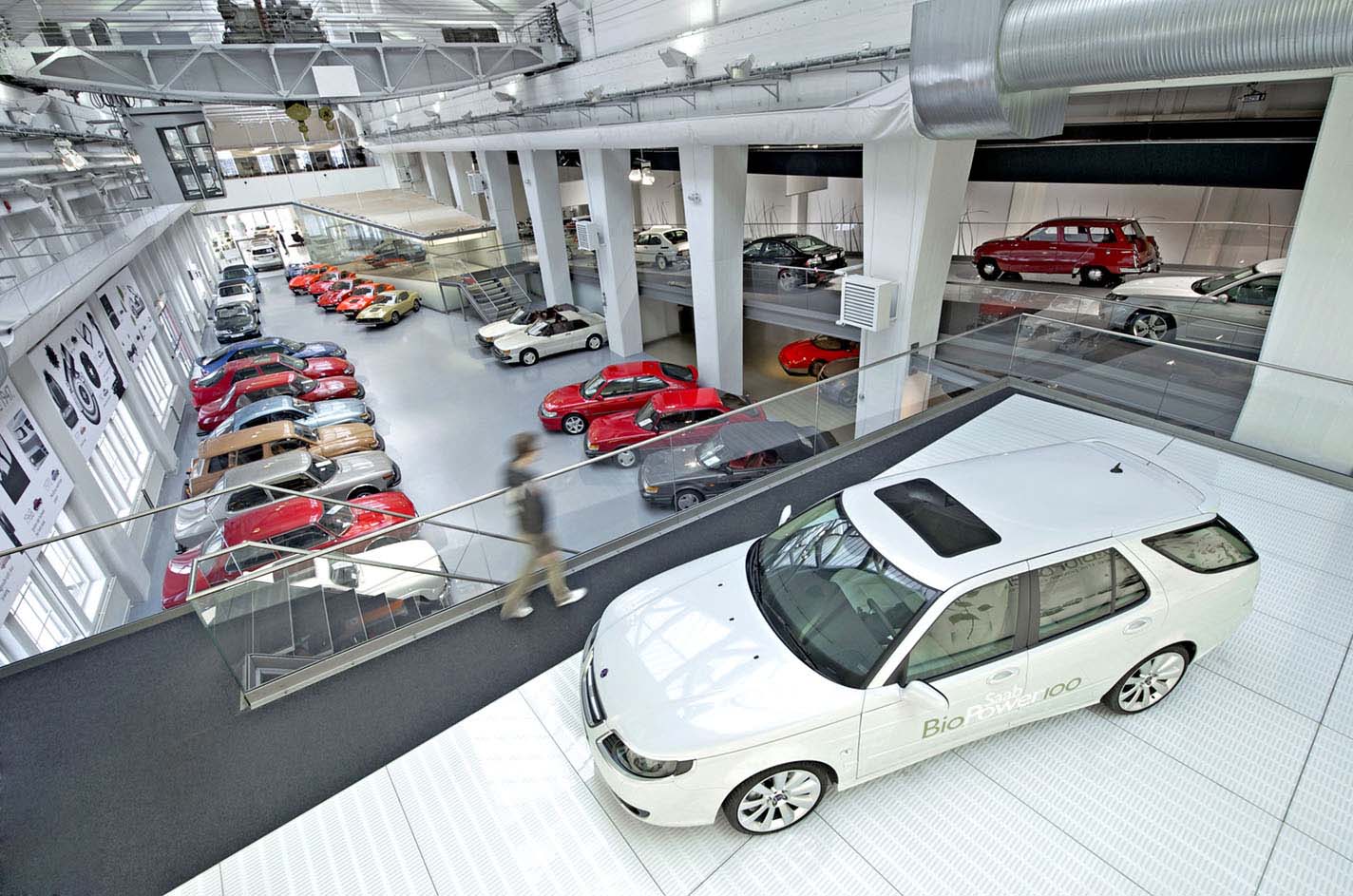 The Scandinavians were always very fond of burial mounds, so it's fitting that something remains to remember the now-defunct Saab. When the factory was shuttered and eventually sold off, the worry was that the Saab museum's collection would soon follow.

However – and happily – it's been saved. All the major Saab milestones are here, everything from jet aircraft to the strange-looking black Ur-Saab, to the feisty Viggen models. What could have been.

Officially housing the largest collection of automobiles from 1910 or before, the Louwman museum is privately owned, but open to the public. Situated in a park, it makes for a lovely visit, even without the 230 cars to view.

If pre-war cars aren't your thing, the collection also features the actual DB5 from Goldfinger, one of Winston Churchill's cars, an ex–Le Mans Toyota racer, and a custom Lincoln and Harley-Davidson. 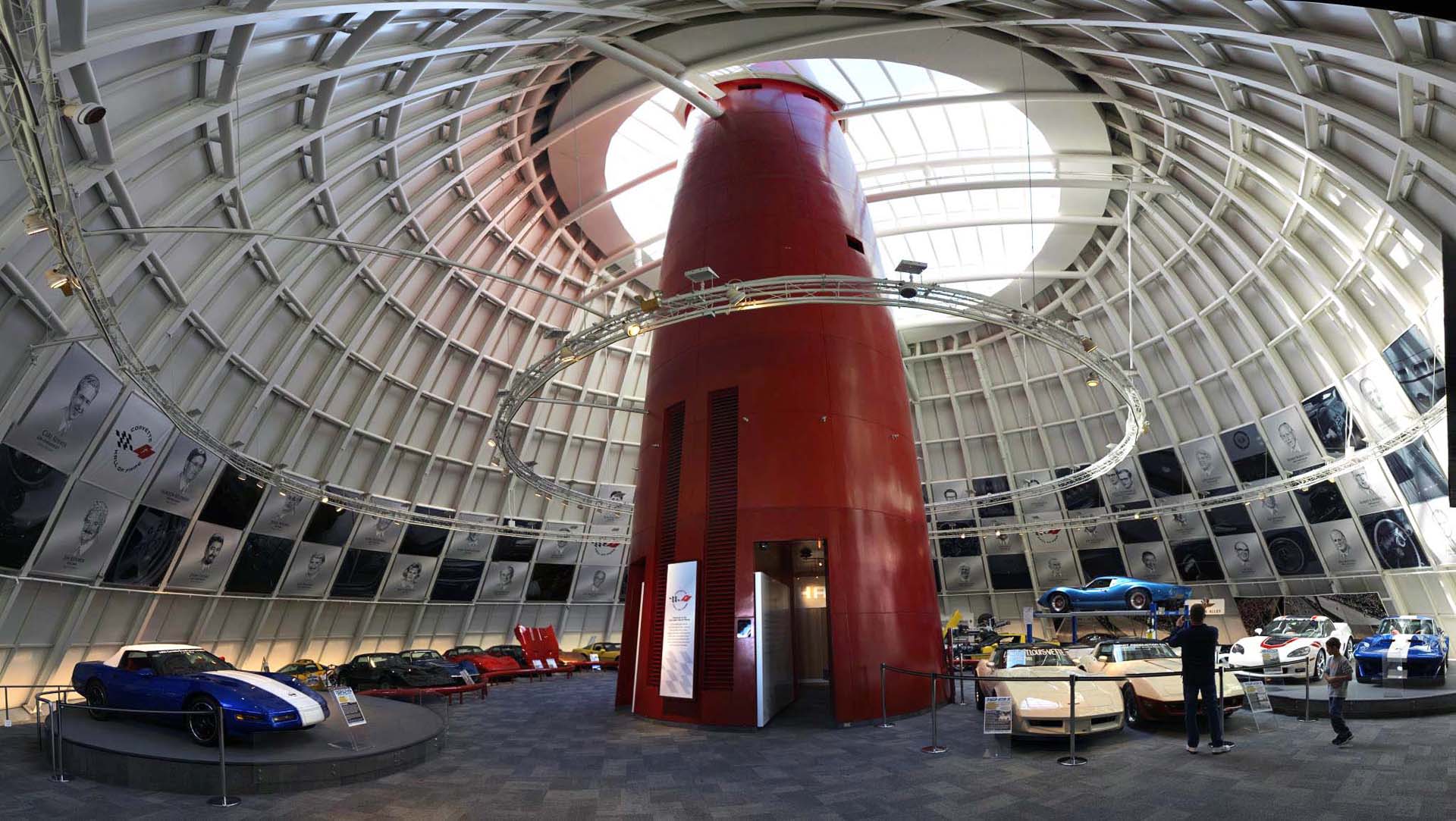 The Corvette museum made headlines for the massive sinkhole that emerged right in the museum floor, threatening to swallow up some valuable cars. It could have been a disaster for the museum, but the resulting publicity was actually good news.

Of the wrecked Vettes recovered from the rubble, some have been restored, some preserved, and some lost. It makes for a great story, and there's plenty to tell about America's supercar. 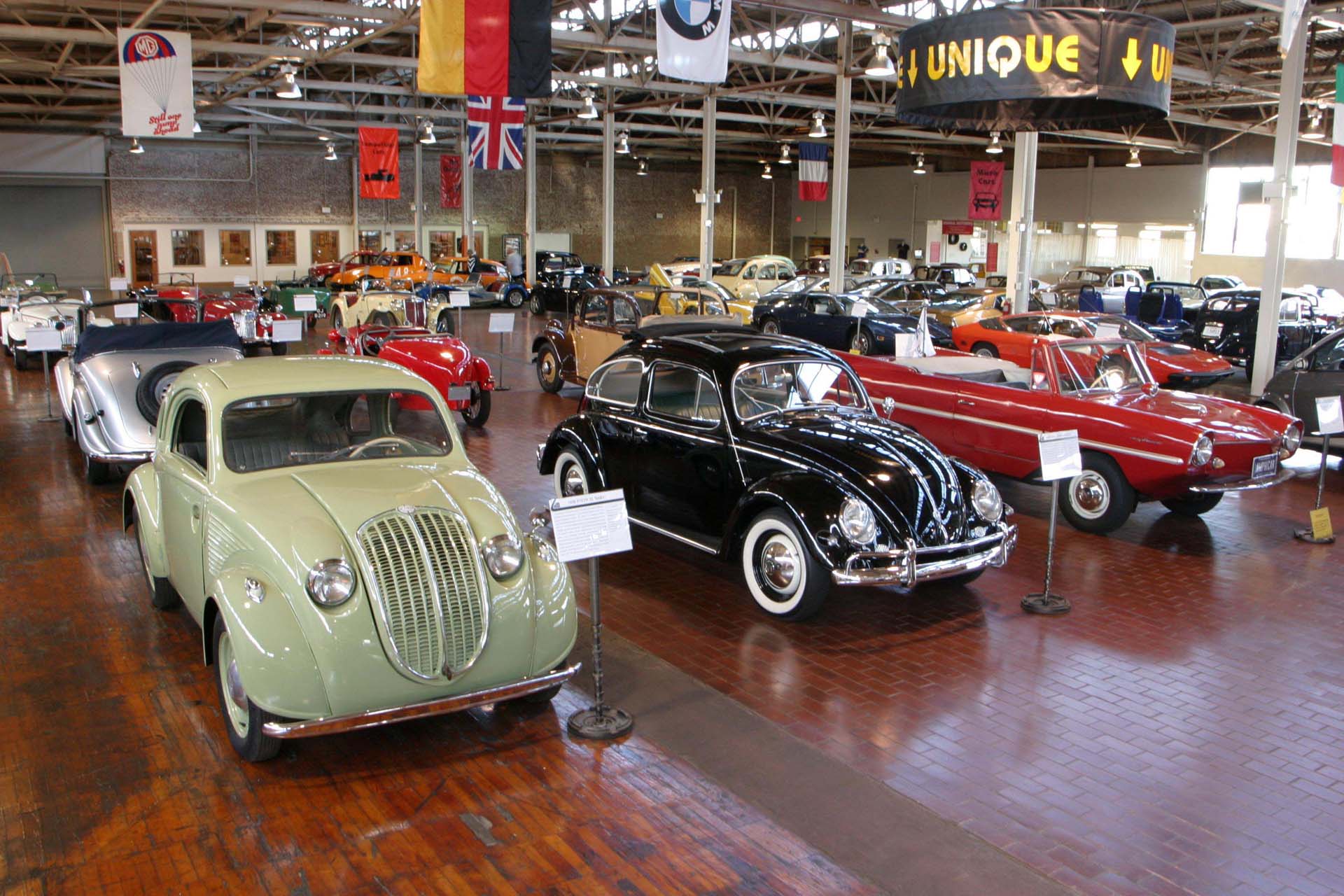 Probably the most amazing collection of oddballs you've ever seen, the Lane Motor Museum is the kind of place to visit if you're looking for a rear-steer aerodynamic machine, a double-ended Citroen 2CV intended for fire-rescue duty, or a propellor-engined Helicron. Now that's really not great for pedestrian safety.

Zany though its collection might be, the Lane Museum takes pride in keeping their fleet of machines rolling, and even occasionally lend them out for demonstration purposes. Skip the country music and head here instead. 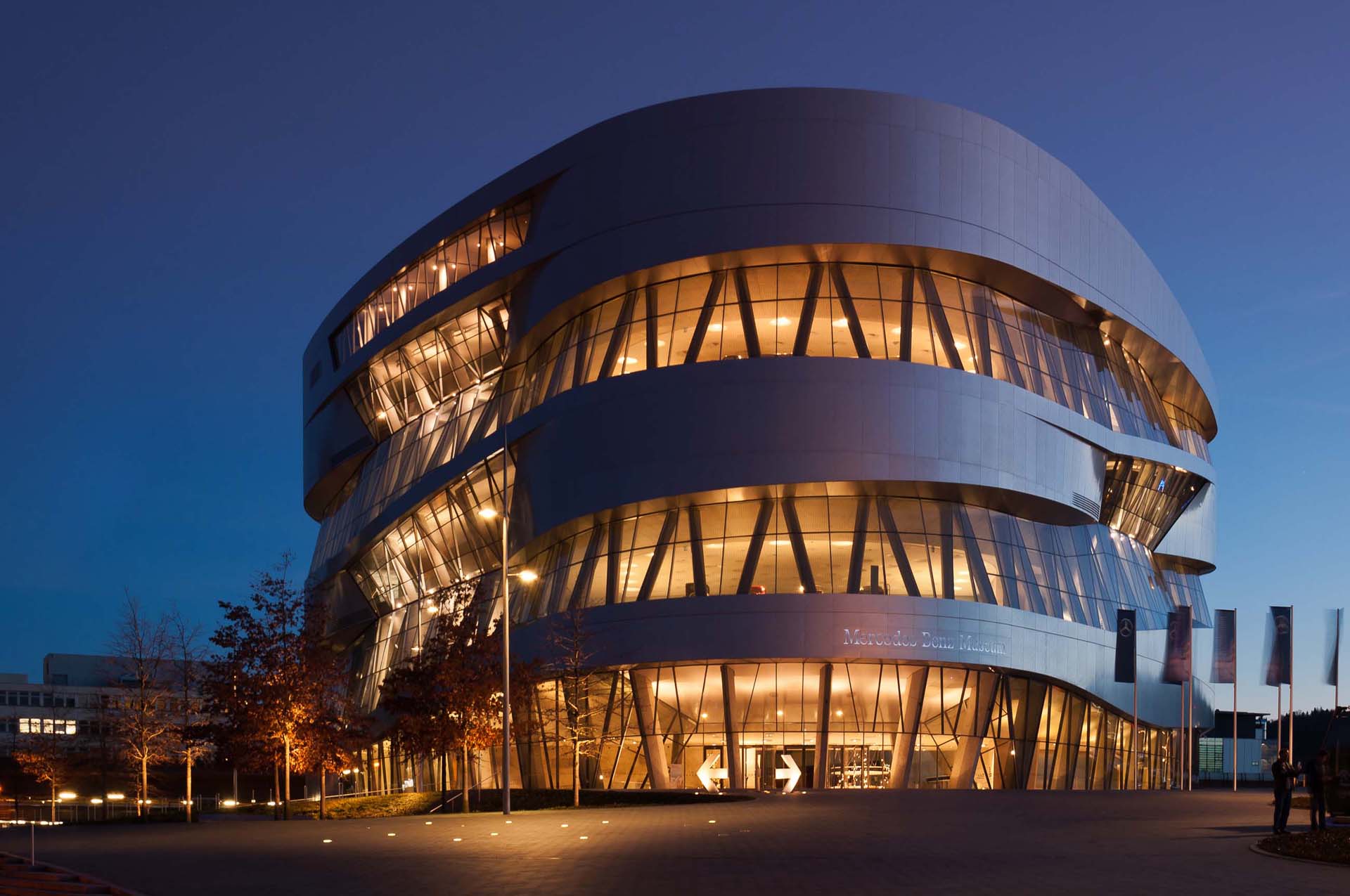 After checking out Porsche's museum, you might as well find some time to get a good look at the Mercedes version. Far older than their cross-town rivals, Mercedes has a huge collection covering a broader range than Porsche.

But they've got their winning race cars too, and a Popemobile, and the gorgeous Gullwing 300SL. Celebrating its 10th anniversary this year, it's a must-see experience. 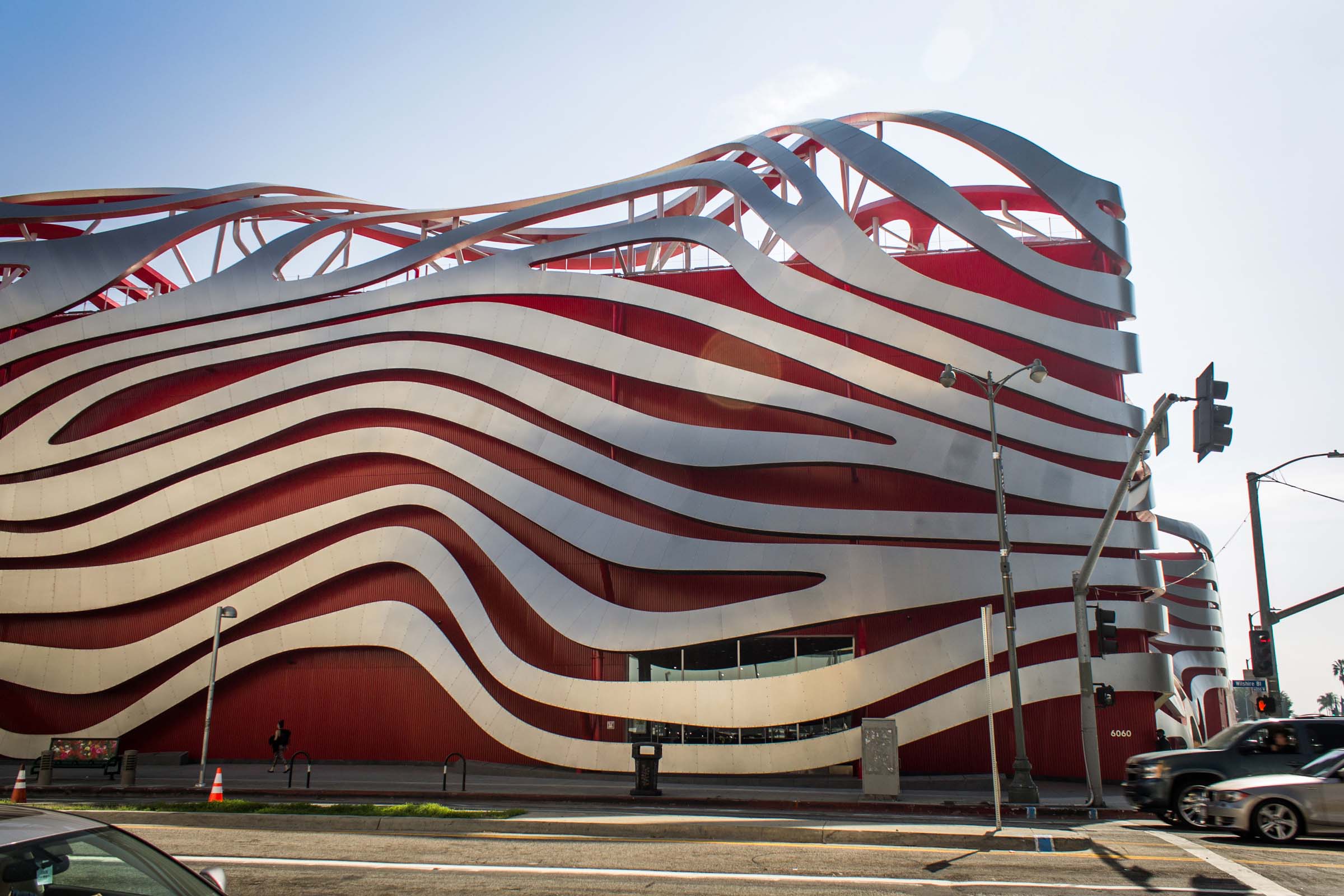 Freshly renovated, the Petersen museum is wild looking from the outside, and just as breathtaking inside. Buried deep in the heart of a city designed around the automobile, this sprawling museum has several floors of cars to look at – and a “secret” vault to boot.

The renovation was a fairly major affair, and the new space shows off the Petersen's ample collection to great advantage. They've got Elvis's Pantera, Saddam Hussein's Mercedes, the VW Beetle from Austin Powers, and the Magnum PI Ferrari. 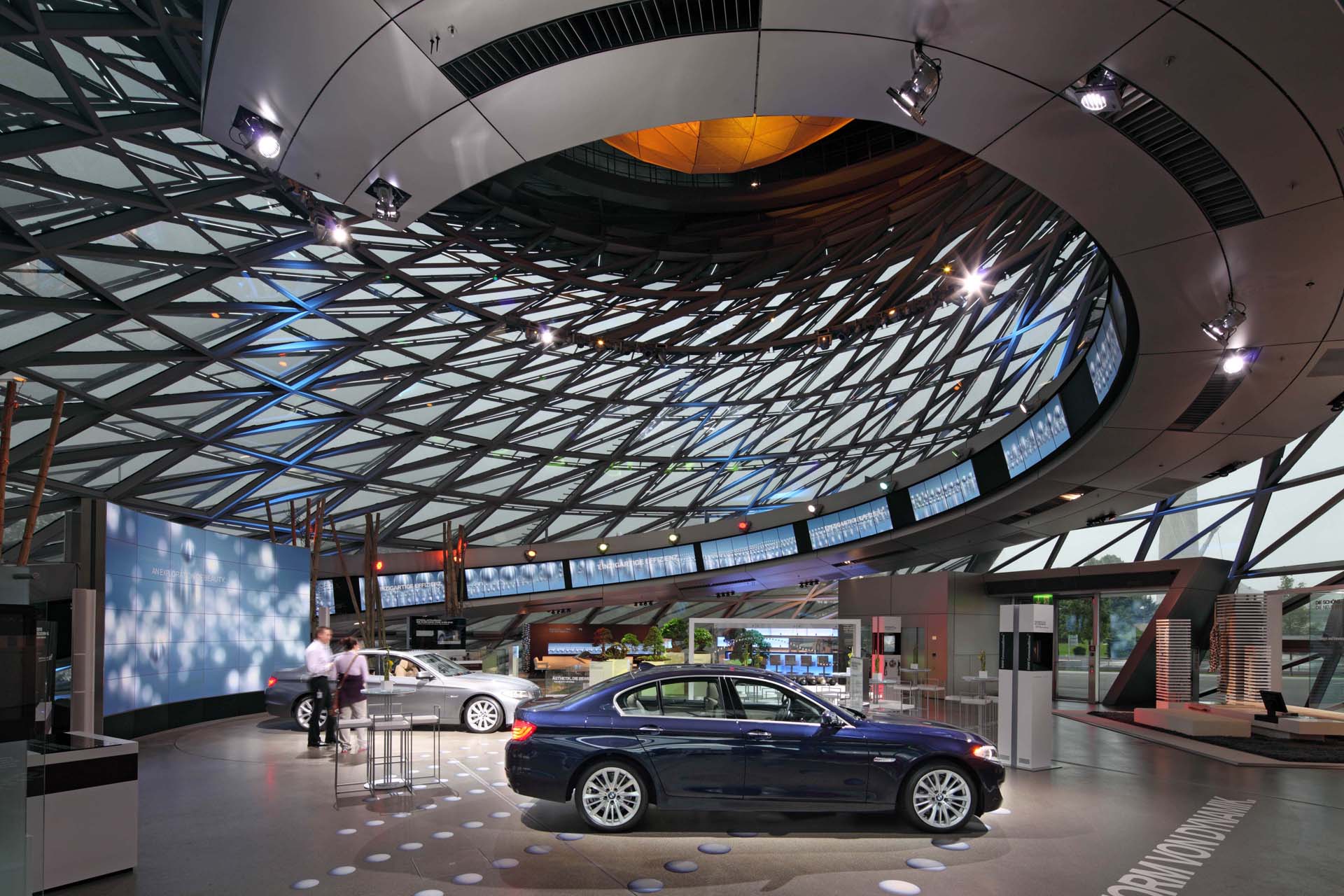 At a hundred years old this year, BMW has plenty of history to share with their fans. It does so at BMW Welt (literally BMW World), a massive exhibition centre and showcase located not far from company headquarters in Munich.

Nearly three million people visit BMW Welt each year, each one getting a chance to see everything from adventure motorcycles to the best Rolls-Royce can muster. As celebration of their centenary, BMW is currently showing off a huge exhibition of 100 masterpieces, each marking a stage in the evolution of the ultimate driving machine.

There are a surprising amount of automotive museums in Canada, though most are of the small, private collection type. The Canadian Automotive Museum, however, is different, its collection based around the history of the car in Canada specifically.

Founded in 1962, it's run by a charitable organization and features everything from an early Canadian-built Ford Model T to a Quebec-made Manic GT. Along with the Canadian-made vehicles, there's other neat stuff to look at as well, including a DeLorean DMC and a Rolls-Royce formerly belonging to the Eaton family.