As Tesla readies to launch its latest model, the Model X SUV (it’s actually rolling silently around some markets already), we take a look at five features to look out for – and which make the Model X stand out from the crowd -- if you’re considering dropping $5,000 to reserve yours today. 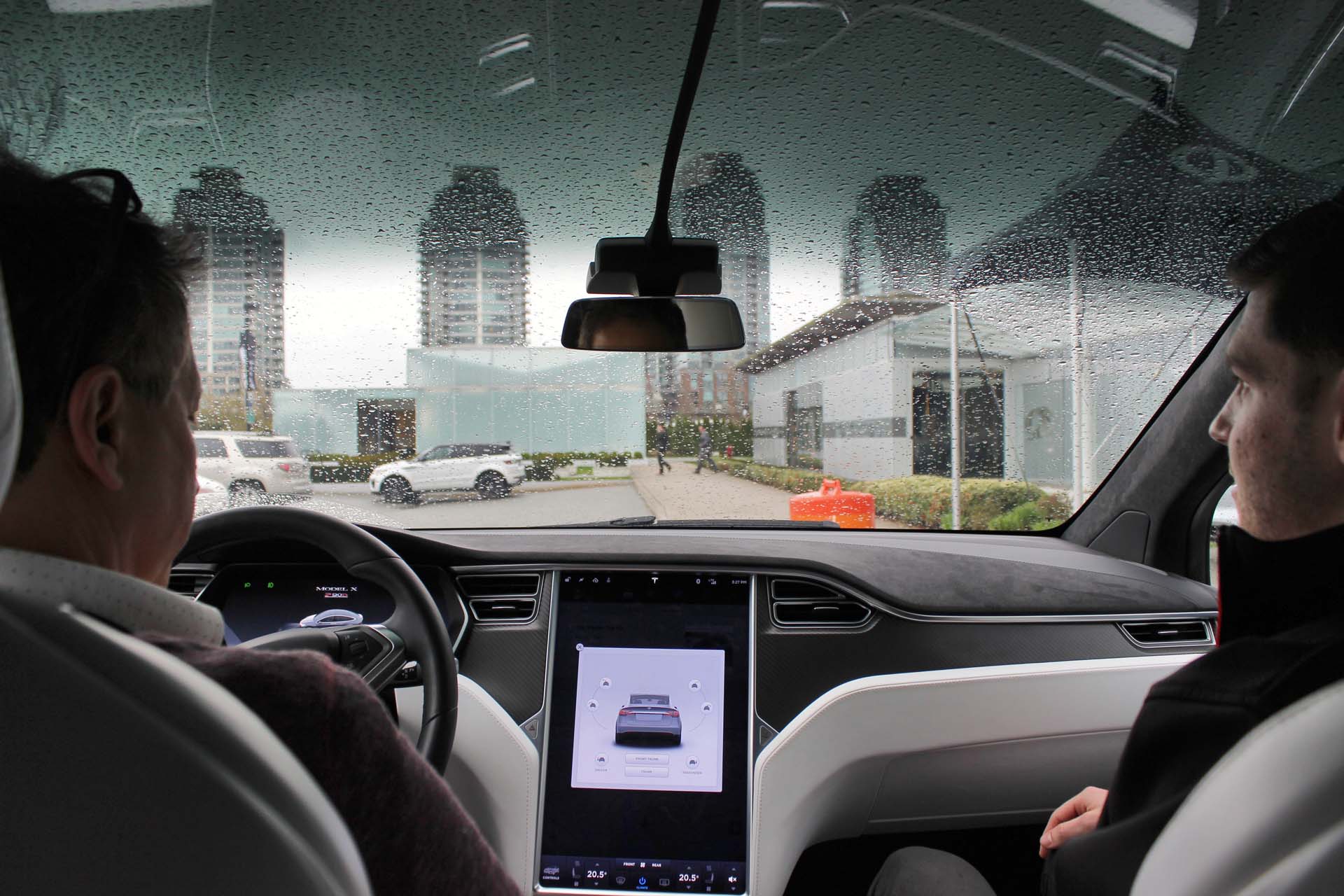 In keeping with the glassy buildings that abound in the cities where most of these are going to be driven, the Model X’s panoramic windshield uses the largest single expanse of glass found at the retail level in the industry today. It’s tinted to protect from 98% of UV rays, and to keep out 81% of the sun’s heat. If you’ve spec'ed a P90D model, then you have access to one of crazier drive modes – in name, anyway – found in the automotive world today: Ludicrous mode. It’s actually called that, as you can see from the photo. Activate it, and all 762 hp and 713 lb-ft of torque are put to good use, pinning you back against the (thankfully quite supportive) seat as it propels you to 100 km/h in just over 3 seconds. You will have a hard time replicating this feeling, anywhere.

It also has AWD as standard, with the front and rear axles each being given a motor. Since there are no gearsets to worry about, you don’t lose power within the drivetrain. 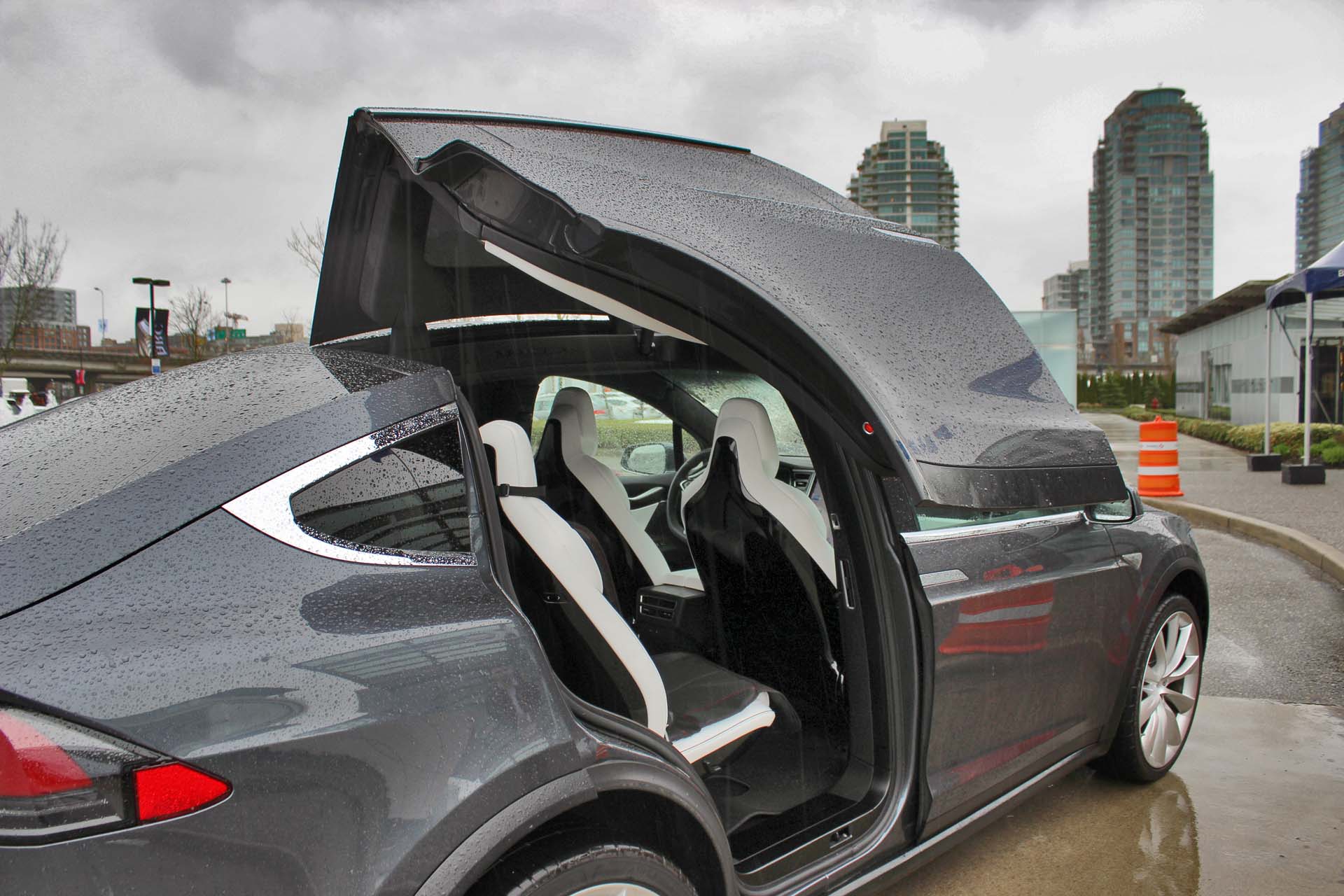 Perhaps the biggest talking point – in addition to that Ludicrous mode, of course – is the Model X’s “Falcon Wing” doors. They are opened automatically either with the key fob or by pressing the chrome strips that replace all four door handles in the Model X. They are dual-hinged, making them easier to open in tighter confines. They also have sensors built in so they don’t accidentally bang into parked cars or garage walls.

The front doors get the auto-open treatment, too, though they open conventionally. 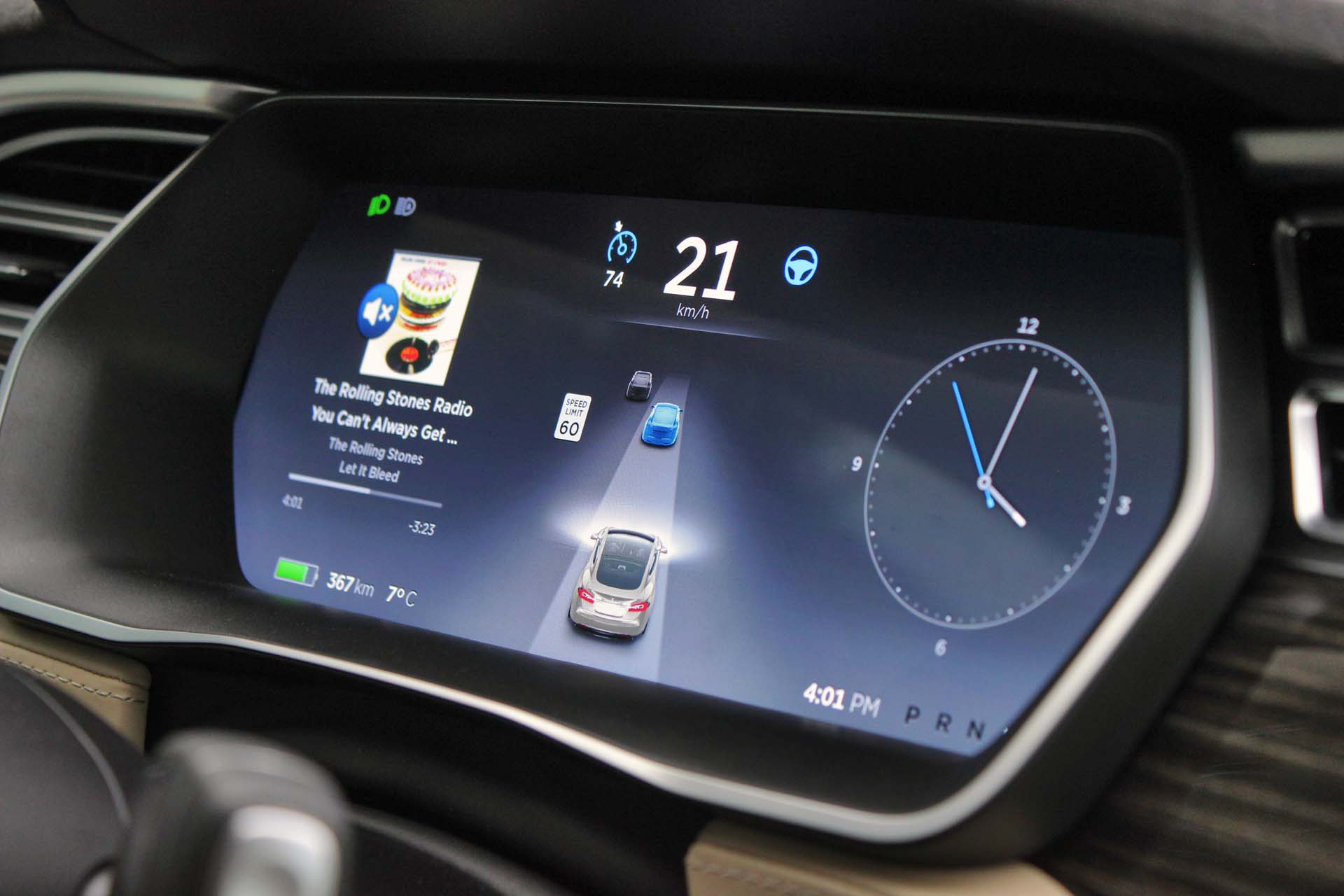 Tesla’s Autopilot system comes as part of a $3,400 option package, but it’s one that we bet many buyers will be opting for. It works in slow traffic as well as on the highway, making use of sensors to know what the traffic around you is doing. It won’t slow you all the way down to zero, but almost gets there, requiring just a tap of the brake to finish the job.

That’s not all tapping the brake will do; it’s also how you start the car once you step in, and is the only control input required during automatic parking maneuvers, which the Model X can do, in either perpendicular or parallel fashion. Just slowly pull up to a desired space, activate auto park, and the Model X does the rest.

It’s got a Supercharger, but not that kind 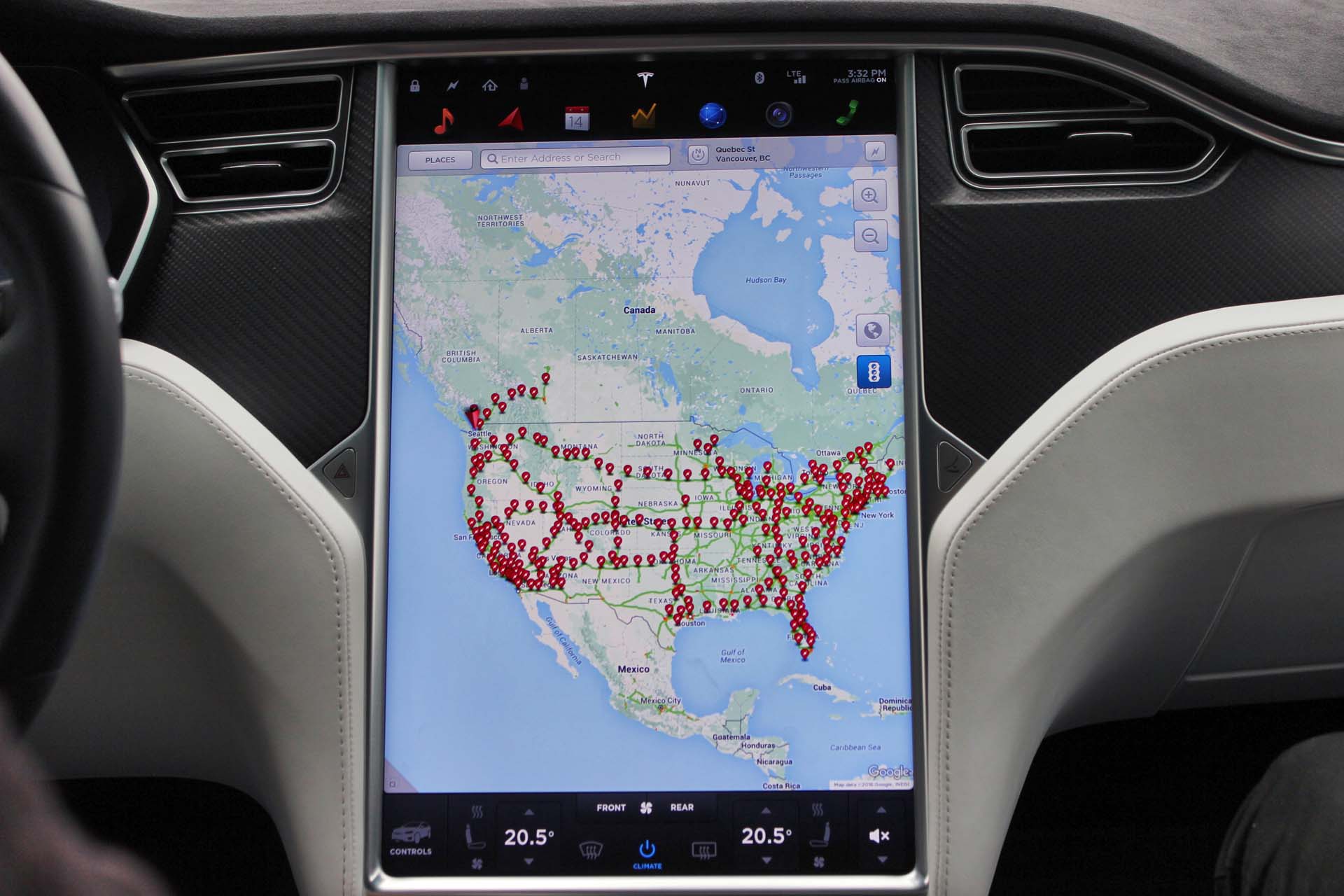 Tesla Supercharger stations are popping up all over Canada (each one indicated on the Model X’s 17-inch infotainment screen), often close to WiFi hotspots, cafes and so forth. They can charge your Model X from drained to an estimated 270 kilometres of range in just 30 minutes. Not that you’ll be doing it that often; depending on your model, the Model X can travel anywhere from an EPA-estimated 354 km to 410 km on a single charge.