AJAC’s green car awards are significant because of the association’s demanding and comprehensive qualifying process.  All vehicles eligible for the Green Car awards are chosen from over 40 new vehicles participating in AJAC’s Canadian Car of the Year awards after meeting certain criteria for fuel economy, emissions and green technology.  All CCOTY vehicles are initially evaluated in AJAC's annual week-long "TestFest" event, where more than 70 of Canada's top automotive journalists drive and evaluate category entries back to back on the same day, and in the same conditions. The Green entries are then re-evaluated under a separate set of specific Green Criteria, along with their original category scores. Vote tabulation and results were handled by international accounting firm KPMG.

"A Green vehicle isn't always just the electric car, or the smallest car," said AJAC spokesperson, Kevin Corrigan. "A fuel-efficient gasoline four-cylinder or a six-cylinder luxury hybrid can also be considered a Green vehicle in its segment of the market.” 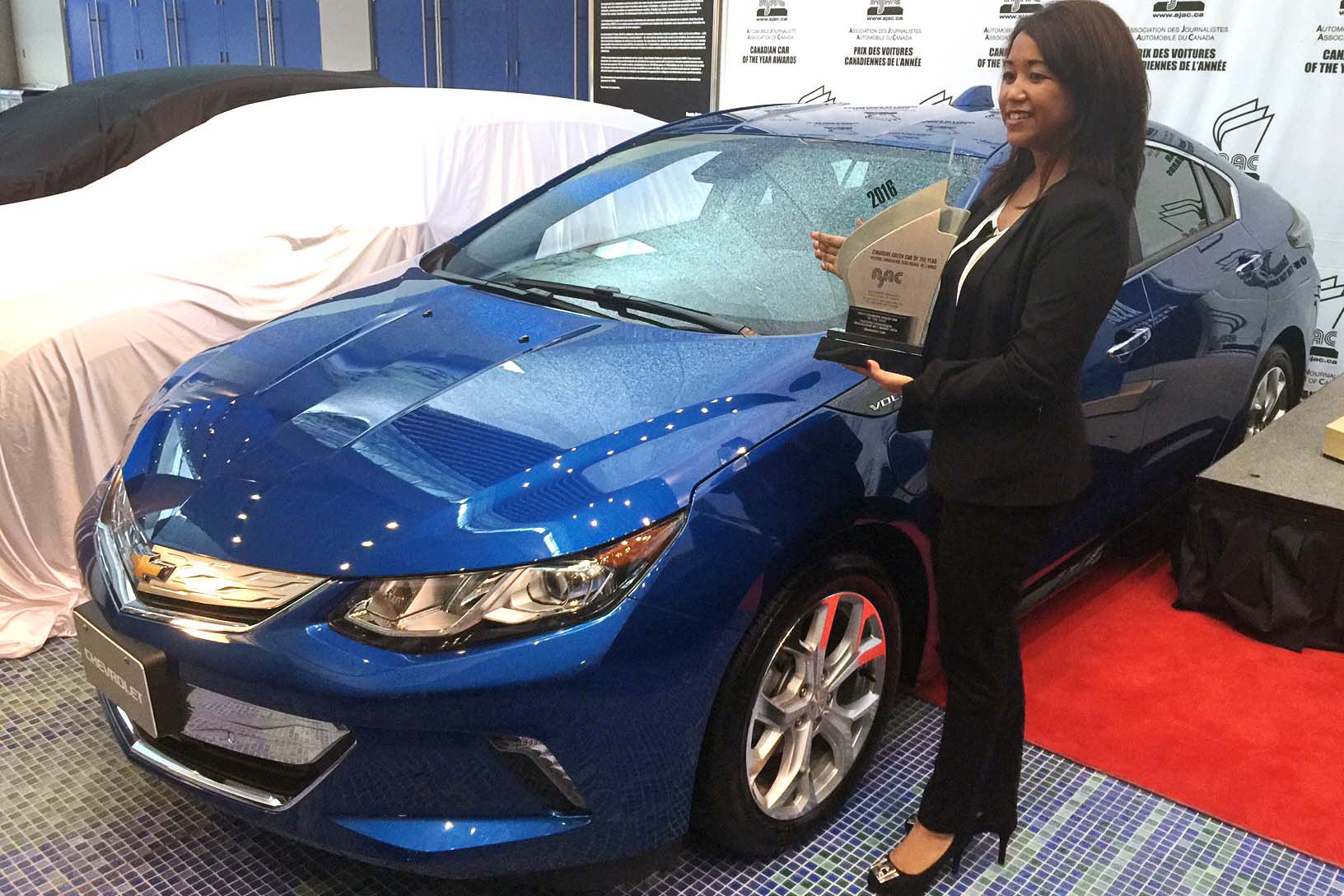 A good example is this year’s winning Green Utility Vehicle of the Year, the 2016 Mazda CX-3. This lightweight, compact crossover incorporates Mazda’s SkyActiv technology that maximizes efficiency and minimizes weight.  The CX-3 is powered by a normally aspirated 146-hp 2.0-litre four-cylinder engine mated to a six-speed automatic transmission, and offers fuel consumption of 8.8 L/100 km city and 7.3 L/100 km highway when equipped with optional all-wheel drive.

“We are very proud to accept the award for Canadian Green Utility Vehicle of the Year, which goes hand-in-hand with the Canadian Utility Vehicle of the Year award that AJAC presented to the CX-3 at the Toronto auto show,” said Kory Koreeda, President, Mazda Canada. “The CX-3 has proven itself to be an extremely capable vehicle, not only representing the style, vehicle dynamics and all-wheel drive that consumers are looking for, but also excellent fuel economy which allows consumers to have the best of both worlds – that is, capability in any weather without the fuel penalty often associated with owning an AWD utility vehicle.”

The 2016 Canadian Green Car of the Year, the second-generation 2016 Chevrolet Volt, is more efficient and more powerful than last year’s Volt.  The Volt is an extended range electric car (or plug-in hybrid, depending on who you ask) that can provide up to 85 kilometres of EV range at which point its onboard 1.5-litre four-cylinder engine automatically kicks in to increase total driving range to several hundred kilometres.  When using the engine alone, the 2016 Volt offers a combined fuel consumption rating of just 5.6 L/100 km using regular unleaded gas.

“Chevrolet is honoured to receive AJAC’s Canadian Green Car of the Year award, as it reinforces our commitment to being a leader in electrification,” said Laura Pacey, brand director, Chevrolet in Canada. “The second-generation Volt is a no-compromise electric car, delivering up to 85 kilometres of EV range, greater efficiency and stronger acceleration, making it the most innovative plug-in vehicle in the industry.”

See more
An automotive writer for over 30 years and co-founder of one of Canada’s first automotive websites, Greg Wilson has moved into the editorial slow lane and now contributes occasional vehicle reviews and features to autoTRADER.ca’s editorial section. Greg is a member of the Automobile Journalist’s Association of Canada.
Advertisement World Car of the Year finalists announced in Geneva