It's German for "art".
Advertisement

Maybe you're looking to enter one of the big road rallies, like Bullrun or Gumball. Maybe you want to tell your friends that you can do a sub seven-minute lap of the Nurburgring. Maybe you just want an amazing piece of art from Stuttgart. In any case, if you are looking for some serious speed this summer, this Porsche might be exactly what you need. 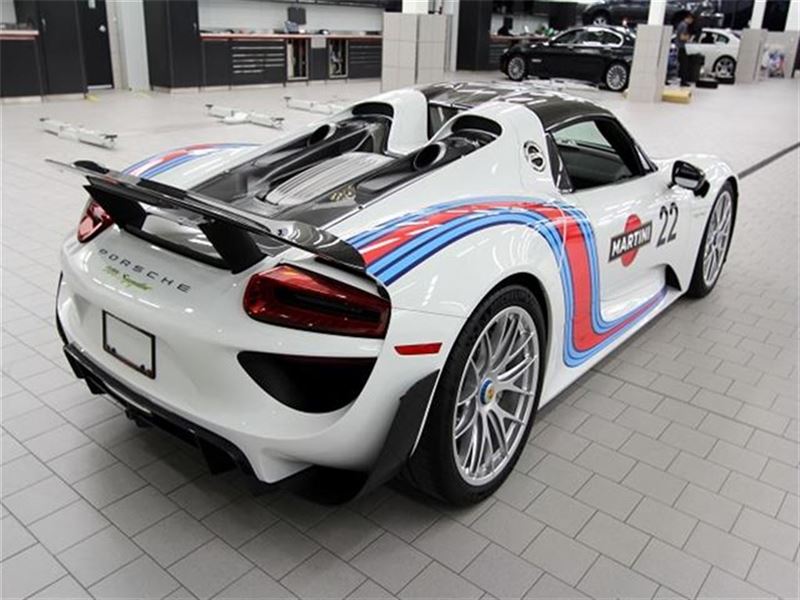 The 918 Spyder was Porsche's first Hybrid supercar. Taking the place of the V10 Carrera GT, built on the architecture of the Le Mans class winning RS Spyder, and building on lessons learned from the GT3 R Hybrid race car and the Panamera S E-hybrid, it was a remarkable achievement when revealed in 2013. The 918 Spyder is powered by a 4.6L V8 engine developing 608 hp at a sky high 8,500 rpm and sending the power to the rear through a seven-speed PDK dual clutch gearbox. Added to that are two electric motors, one making 125 hp and applying it to the front axle, the other making 154 hp and sending it to the rear. The combined total is 887 hp and an astounding 940 lb-ft of torque. This launched the car from 0-100 km/h in 2.5 seconds, to 300 km/h in under 20 seconds and a top speed of 351 km/h. What might be the more impressive achievement is that the 918 has a range of 20 km, a 0-100 km/h of 6.1 seconds and a top speed of 150 km/h on electric power only. This was made possible with a 6.8 kWh battery that can charge in 2 hours with a 240-volt plug. 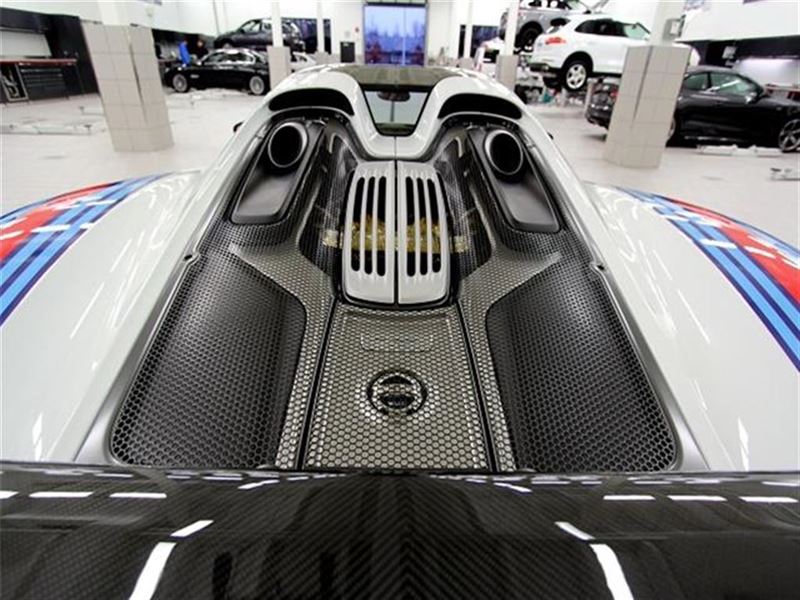 The 918 was built on a carbon-fibre chassis, has 15.4-inch carbon brakes, rear wheel steering and a center of gravity that is somewhere below your knees. It goes fast, it stops faster, and turns before you realize that's what you want to do. The controls in the interior are solid aluminum, and the mesh engine cover is actually a solid sheet of stainless that has 7,335 laser cut holes in it. Portions of the tire sidewalls have been laser etched to look like suede. There were only 918 built over two years, and only an estimated 28 sold in Canada. This is a car that shows off, and a car to show off in. 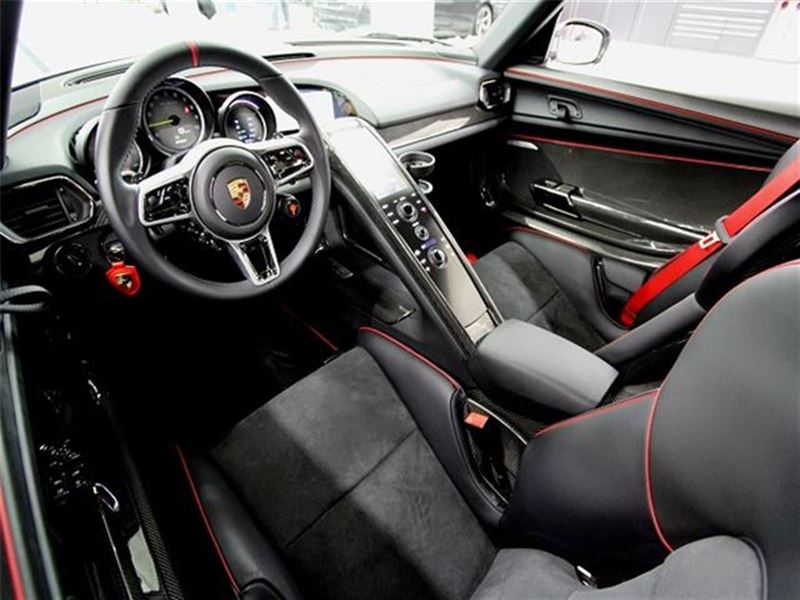 This particular 918 has some extra special features hiding on the build sheet. The first is the Weissach Package. Named for the German town that is home to Porsche's R&D centre, the package is designed to provide the ultimate track ready 918. The package includes magnesium wheels (gratuitously sized in 20-inch front and 21-inch rear) with a single center bolt fastener, lighter brakes, ceramic wheel bearings, and even titanium fasteners in the chassis. It removes some interior niceties, adds more carbon, racing harnesses, and flame-resistant upholstery. Outside there are more aerodynamic aids and a light weight body coating instead of paint. All-in, the Weissach package shaves 41 kg from the standard 918. 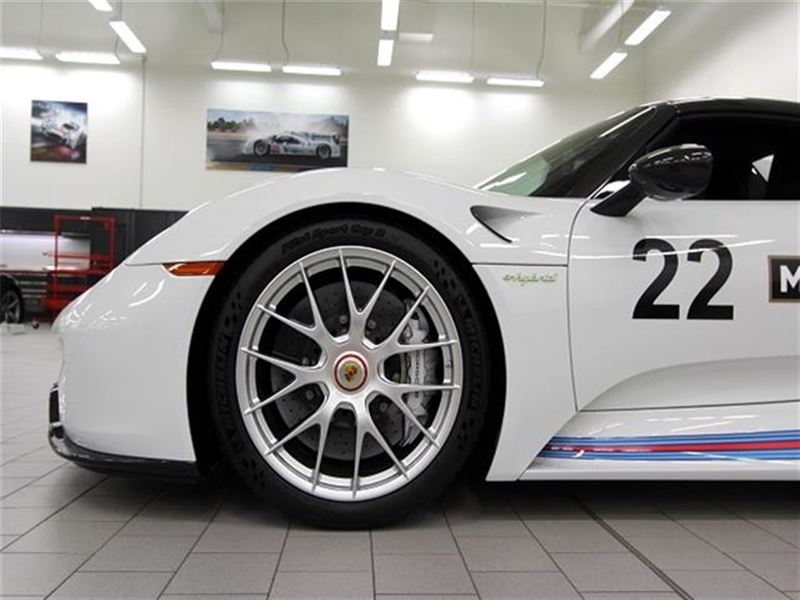 The last special feature, and one that makes this a very rare version of a very rare car is the choice of Martini Livery. It is modeled after the iconic Martini Racing Team livery which has been appearing on racing Porsches since 1968, including three Le Mans winning 917's in the 1970s.

This 918 Spyder only has 938 km on the odometer, and is for sale at Porsche Centre Langley, listed for a cool $2.5 million, but in the words of Ferris Bueller, if you have the means, I highly recommend picking one up. One way or another, it would make for a pretty great day off. Soccer stars and their cars