You know what makes Hot Wheels awesome? The variety. The collectability. The orange race track. The fact that it’s keeping Mattel’s stocks competitive, as the Barbie brand continues to sputter.

You know what makes the Forza Motorsport gaming series great? The immersion. The graphics. The realism (yes, there are more realistic sims out there, but as far as “simcade” games go, FM is right up there with Gran Turismo and Project Cars as the industry leader). The replayability. And yes, the collectability, too, as the sheer number of cars the various games offer require some real commitment if you even want to snag 75% of them.

Of course, what makes both of these great is how they tap in to our love of the car and everything that surrounds it. From racing to playing and collecting, there’s something from these two brands for most any car enthusiast.

Until now, however, we’ve never really seen a compelling combination of the two. Unlike Lego, Hot Wheels has had a hard time cracking the video game world; probably because why play virtually, when you can spend a few bucks on some orange track, and play for real?

As far as Forza goes, while the series has had partnerships in the past – with Top Gear, ALMS, Meguiar’s and more – the furthest they’ve gone with Hot Wheels was a contest whereby players could design a Hot Wheels-themed car that would actually make production.

What was needed was a compelling mix between the two. Something that stays true to both brands, without watering down either one.

This could very well be that something.

Starting today, Forza Motorsport 6 players will be able to take to the track with two cars that actually got their start as Hot Wheels specials: the Bone Shaker rat rod, and a version of the Ford Mustang that Hot Wheels built especially for SEMA.

The latter car may not be quite as well known as the former, for the Bone Shaker remains one of the most popular models every created by Hot Wheels, and it’s not even based on a real car! That being said, a real-life version has since been developed, and you have to think it had something to do with developer Turn 10 including a virtual example in FM6. 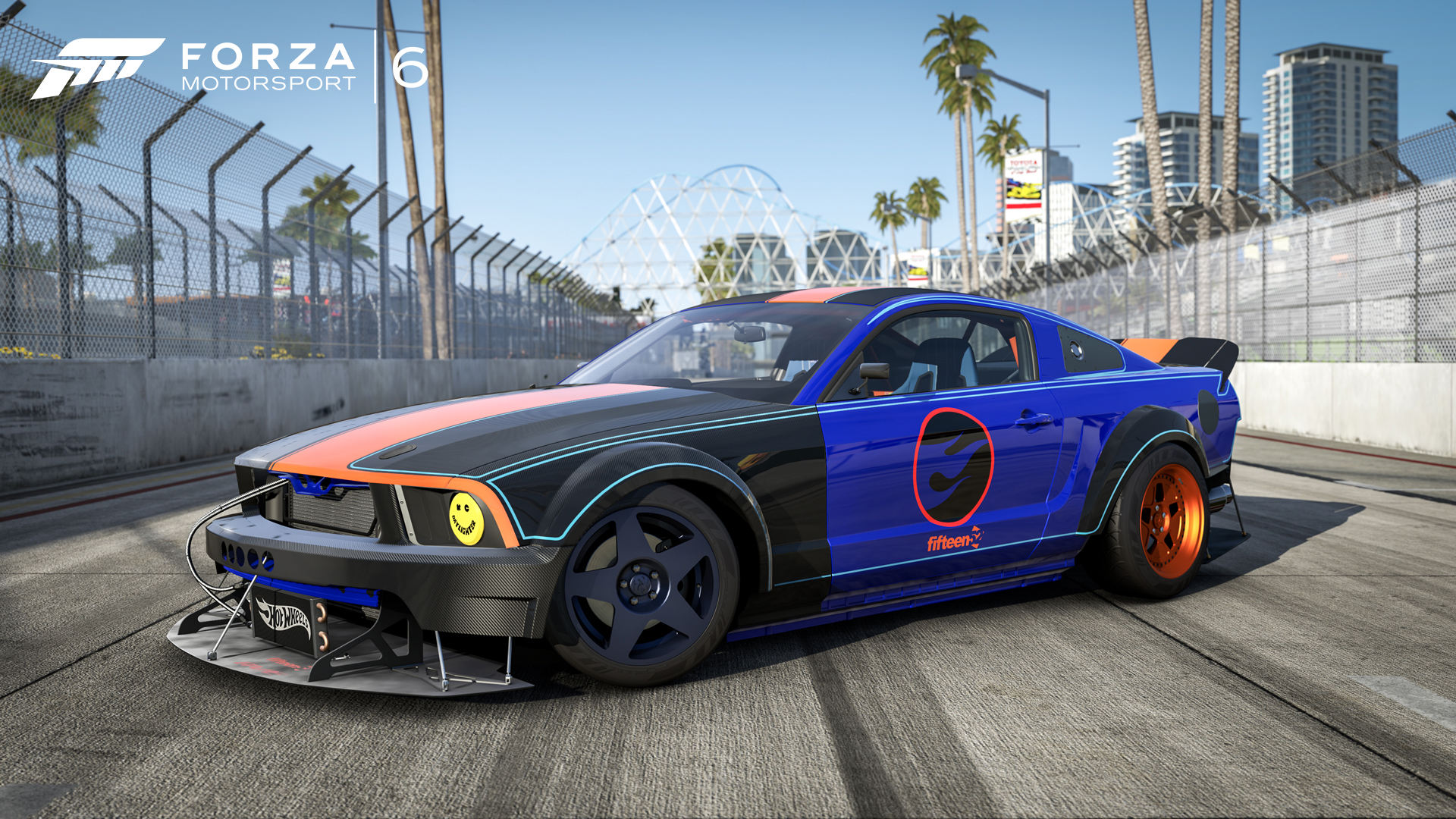