“Because everyone is a performance driver at least once in their life.”

ACP calls them “accidental performance drivers”. Those of us who through inattention, either ours or someone else’s, find ourselves suddenly asking more of our cars then we usually would.

Think about the forces generated when you make a sudden swerve, under braking, to avoid the person who just pulled out in front of you. Or the stress that builds up steadily but quickly when you hit that highway off-ramp just a little too hot. You might not be a racer, or even a wannabe racer (I am), but you still might sometimes demand racing-like stress from your tire. So grip matters.

That’s why the BF Goodrich Advantage T/A Sport – while not a performance tire – has been designed with performance in mind. To prove that point, BF Goodrich took us to NOLA Motorsports Park in New Orleans for some back-to-back testing. 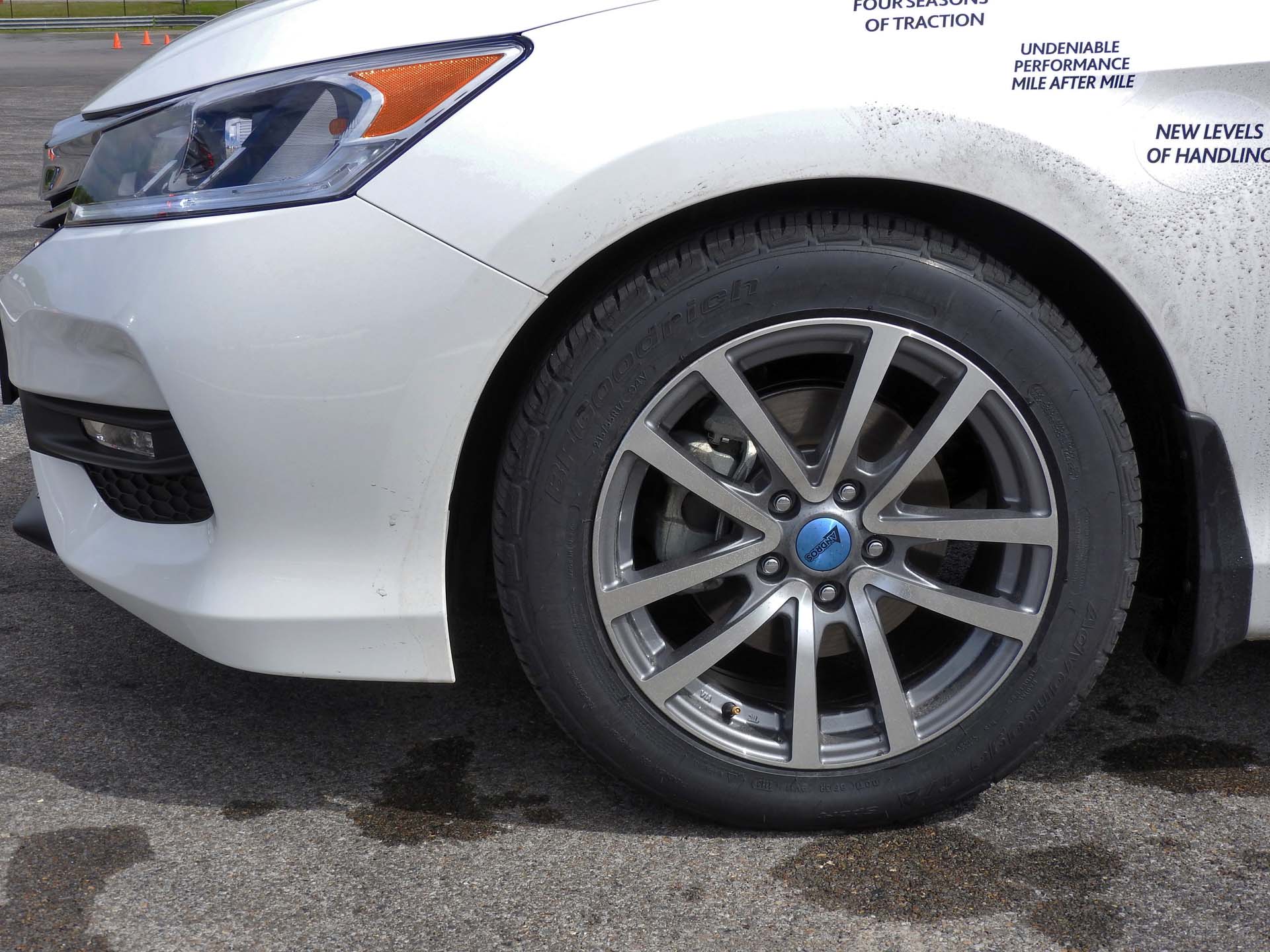 To be clear, this is a mainstream tire, the sort you fit to a Honda Accord, Toyota Camry or perhaps a Mazda6. It’s aimed at drivers who want to drive more spiritedly than most, but it’s not a performance tire – it’s a regular tire built with performance top of mind.

Perhaps one of the most significant pieces of technology in the tire is BFG’s three-dimensional siping. Sipes are the tiny grooves in a tire tread block that bite into the road – especially when it’s wet or icy.

Marketed as an all-season tire, the Advantage T/A Sport is more of a three-season tire here in Canada where consistent temperatures of seven degrees Celsius and lower throughout winter mean winter tires are a far more sensible option. I’ve experienced first-hand the difference between a dedicated winter tire and a regular tire and can attest that you want to be on the winter – but if you do get caught by a freak May snow flurry the siping in your tires could help.

Three-dimensional sipes are a step above the regular siping you’ll find. By cutting a curved line down through the tread block the sipe can be deeper – so it’s present throughout the tire’s entire usable life and not just the first few thousand miles. 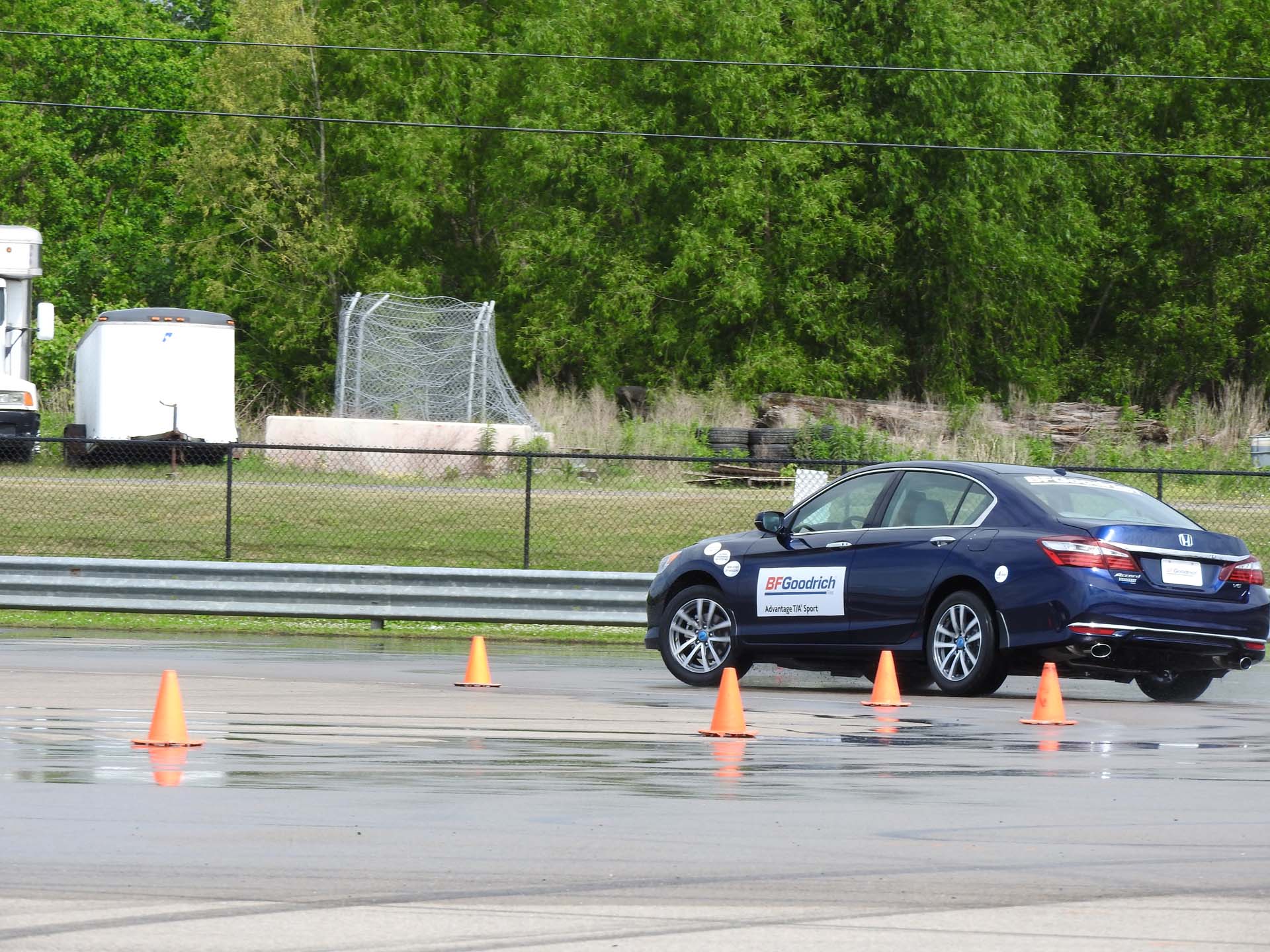 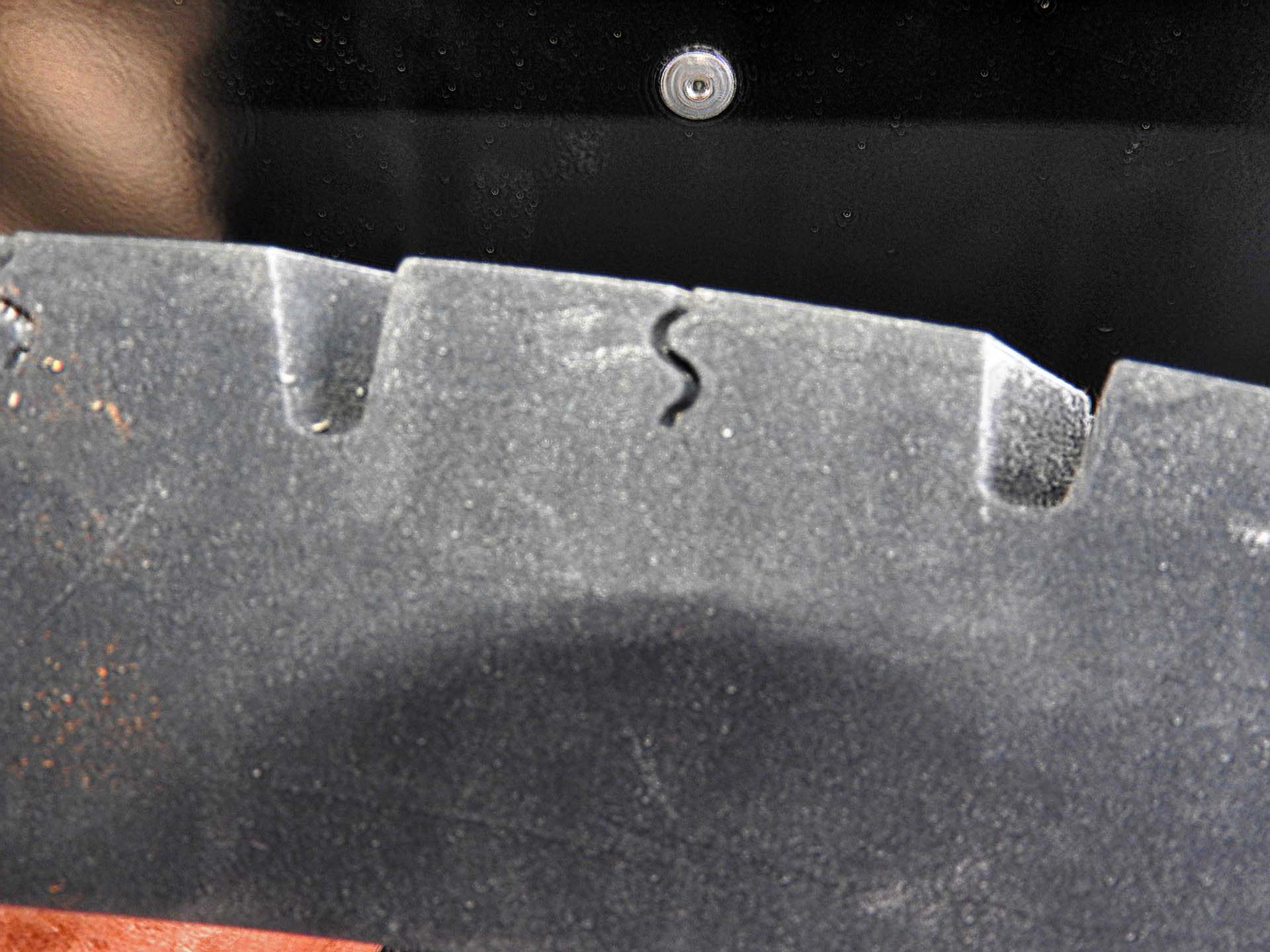 But that’s only half the story. The curves also allow the tread blocks to lock together under cornering, the arcs in the sipe supporting the tread blocks and holding them in place. I was sceptical of this claim. It seemed more like a wild marketing claim attached to some pretty cuts in a tire than anything of real substance. I was wrong.

This was demonstrated with dramatic effect on a wet circle pad. Where the competitive Goodyear tire began to chatter and vibrate violently at moderate g-force loads, the Advantage T/A took far longer to give up grip, and when it did, did so with less vibration and chatter through the wheel. The cars were the same, the tire pressures were even the same: this was a straight apples-to-apples test.

The BFG tire also let go more progressively, and regained grip progressively too. The Goodyear was letting go rapidly and then catching its grip again suddenly, which generated instability in the chassis and magnified the corrective inputs from the driver – potentially snowballing the incident.

Now, I should pause here to point out that the Goodyear product tested, the Assurance Fuel Max is engineered to offer low rolling resistance and therefore better fuel economy. It is not engineered with the same ethos as the BFG – and that’s the point here. Tire manufacturers will often focus on different aspects of the tire’s performance. Those factors include things like dry grip, wet grip, fuel economy, tread life, tire noise, and ride comfort. 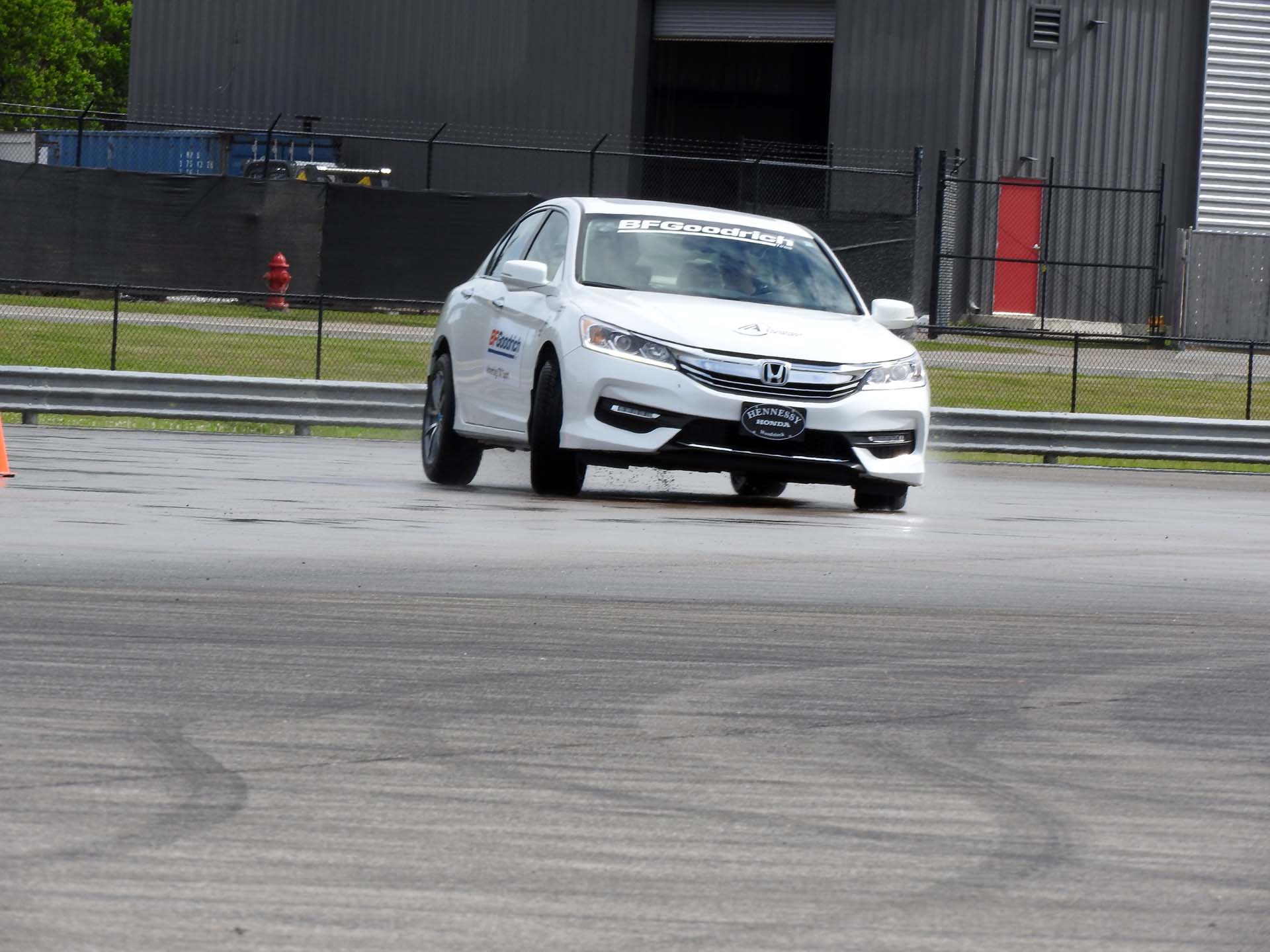 For BF Goodrich, the focus was very much on wet and dry grip and tread life, with the other factors coming in behind.

This was further demonstrated with some repetitive back-to-back braking tests in Subaru Crosstreks, which in the dry showed consistent improvements to stopping distance with the BF Goodrich versus the competitor tire again. We observed less chatter and vibration as well as better grip.

An autocross course in Mazda6s was enough to cement for me the ability of the BF Goodrich to deliver positive performance even as I tried to impress the racing drivers on hand to guide us through the course – it didn’t work.

Again the Goodyear showed a lack of progression and in fact completely snapped loose through some of the transitions, while the BF Goodrich hung in and let go a lot more smoothly. The chatter in the tire was eliminated, in large part due to the 3D sipes but also because of the G-Wedge sidewall – something taken from BFG’s g-Force tire range. That sidewall support helps maintain the contact patch.

In fact, when I asked why I felt like the outside front was “tucking under” driving on Goodyear tires, ACP explained it was because of the sidewall collapsing and letting the rim drop towards the pavement. BFG has focused on maintaining the contact patch using reinforcement of the sidewall and the centre of the rubber loop.

A quick Google search shows that the previous generation T/A Advantage has a reputation online for rapid wear but this one is backed by a 110,000 km treadwear warranty – only time will tell if customers find this wear life satisfactory.

In the meantime, when that truck pulls out in front of you on a country road, what is it you’ll be looking for from your tire? I bet it’s not tread life, fuel economy or even road noise. It’s grip.