Dieselgate from the Driver’s Seat, Part 1 Launched to a steady stream of rave reviews, the seventh generation of the Volkswagen Golf marked the North American debut of VW Group’s MQB platform, a modular concept that will underpin nearly all forthcoming products from the German manufacturer. Along with all the positive press it received, the Golf started to accumulate titles and awards: 2015 North American Car of the Year, amongst many others.

Up here in Great White North we used up everything we could find in the Writer’s Guide to Superlatives while reviewing the “Mk VII” lineup. It was only a matter of time before an auto scribe put his money where his word processor was, and I had the honour of doing so last summer.

Having to deal with a recently licensed offspring, Montreal traffic and what passes for pavement here in Quebec, I eschewed my GTI dreams and set my sight on a two-pedal mid-trim Comfortline five-door. Once I found a black-on-black new old-stock unit with a panoramic roof and cash on the hood, I was hooked and swept it off to my driveway. My car came with an extra special bonus for a car guy: the TDI engine.  Then about a month after my purchase, the diesel debacle erupted in the media. Oh my. 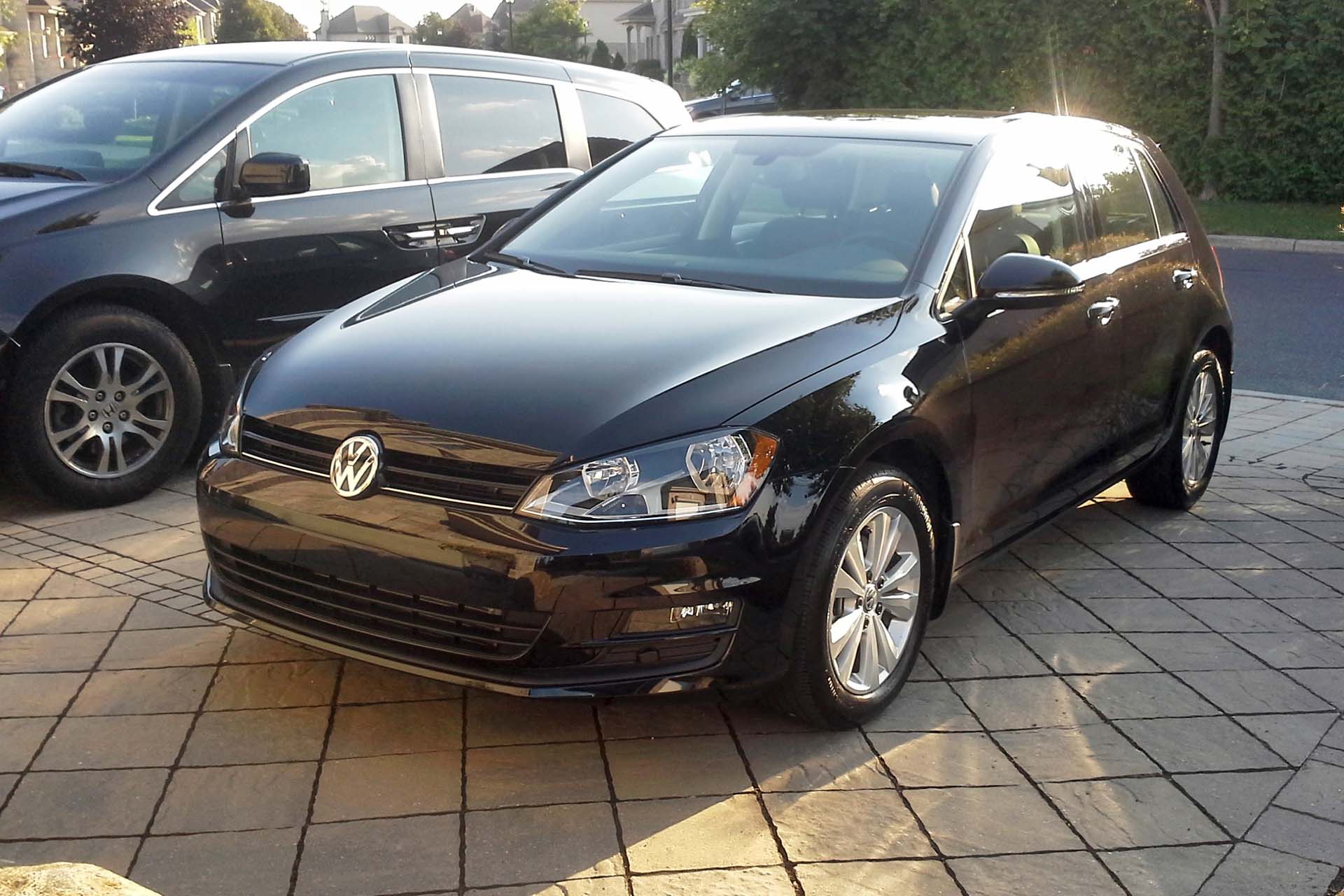 The general media had such a field day over this that by now even the neighbour’s dog will be aware of the VW diesel emissions scandal, trending under #Dieselgate. But just in case you’ve been drifting on a raft somewhere for the last nine months, let’s clear the smoke and have a look at the chain of events.

VW is well-known as the only mass-market manufacturer to achieve North American success with diesel engines in passenger cars. Depending on model line, uptake rates for diesels at VW easily reached 25 to 50% of overall sales. Buyers flock above all to diesels because of their terrific fuel economy over gasoline engines. However, the emissions from the combustion of diesel fuel form the engine’s Achilles’ Heel, with more particulates and nitrous oxides emitted vs gas engines.

When the EPA tightened their emissions standards, VW’s diesels had to take a hiatus for 2008 while engineers worked on figuring out how to meet the new stricter standards. In Europe, where reducing CO2 emissions is a regulated objective, diesels account for more than 50% of all cars sold as they have a net advantage over gas engines for that specific target.

Both the press and buyers lauded the new 2.0L TDI turbodiesel four-banger when it came out in 2009. Prodigious low-end torque, snappy acceleration, fabulous fuel economy and emissions so clean that the Jetta TDI won that year’s Green Car Award in the US. VW came out with a “Clean Diesel” advertising slogan, and sales took off. 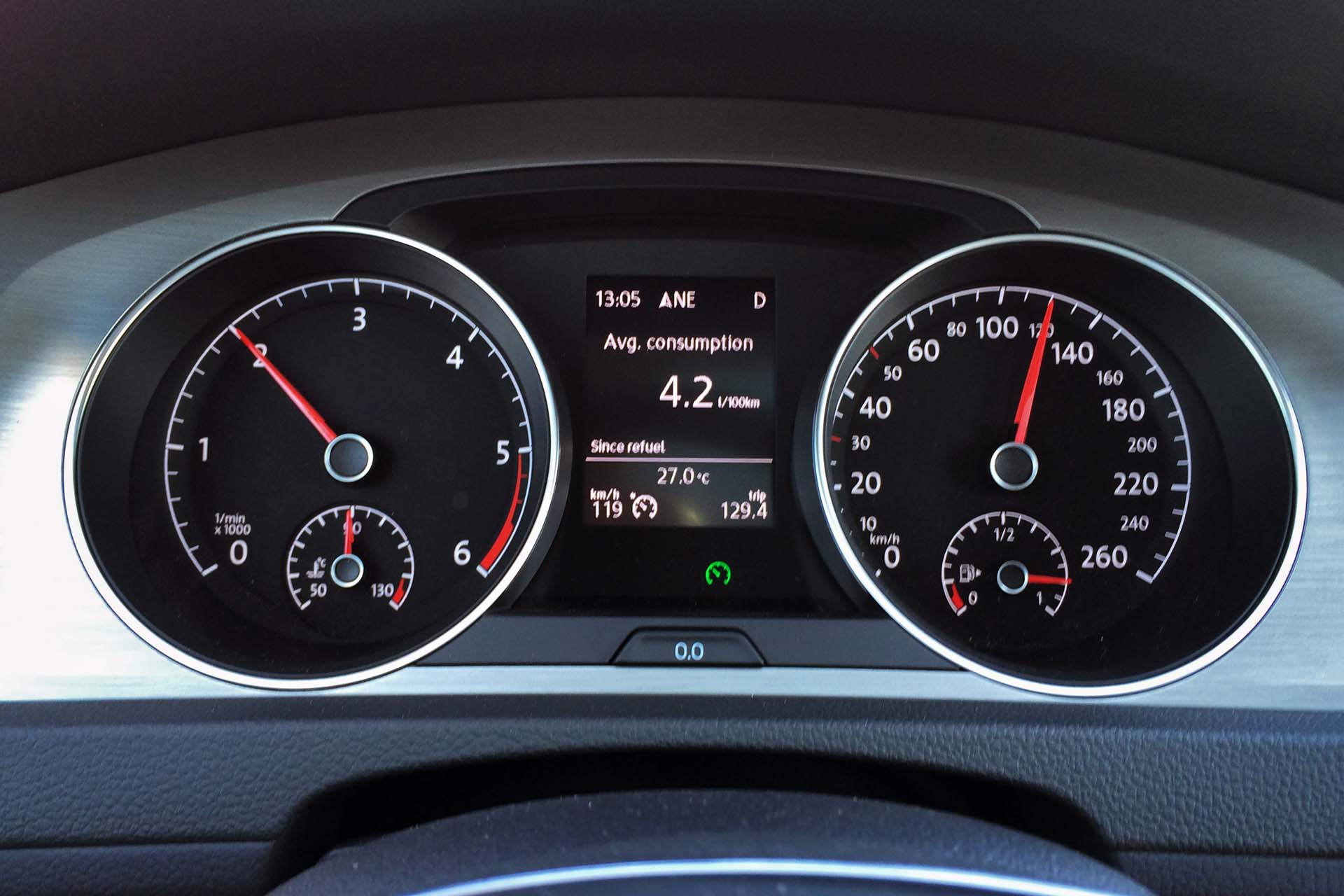 According to VW, the TDI met emissions targets thanks to the use of filter traps that burn off particulates, which caused the competition to scratch their heads; if it was that simple, why couldn’t their own engines meet EPA regulations? The fact that VW did not need urea injection to meet emission requirements puzzled more than one observer, indeed. The larger, made-for-’Murica 2012 Passat offered an exclusive new iteration of the engine that did feature urea injection. The larger car had the room for the extra hardware, and it seemed logical for VW to prepare the vehicle for the next revision of emissions standards.

In time for the 2015 model year and the launch of the new Golf, a completely new 2.0L diesel replaced the older TDI in all Golf, Jetta and Passat models. The new engine was highly advanced, with cleaner combustion, improved catalysts and standard urea injection in all applications. VW’s TDI fleet was now cleaner than ever. Or was it? 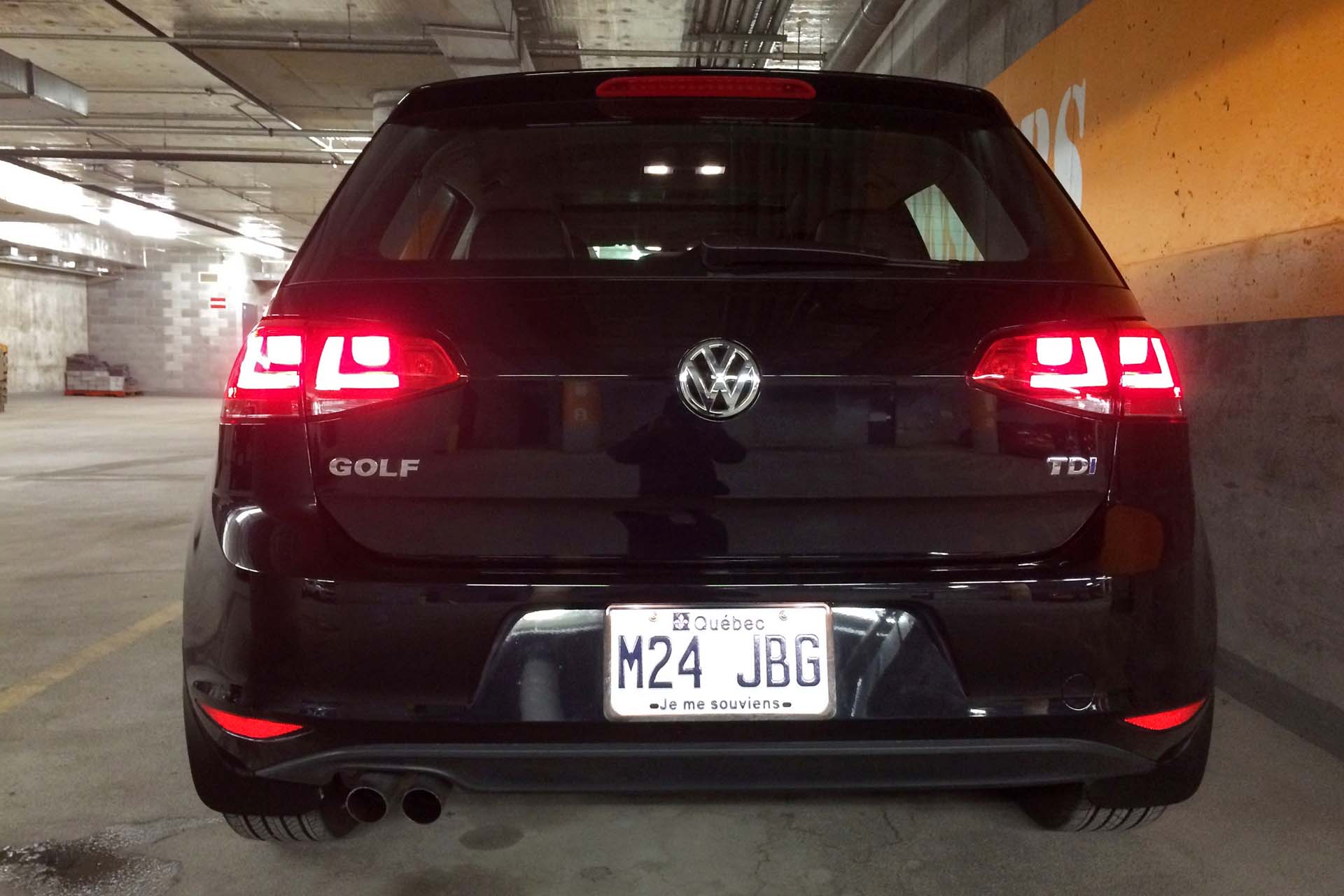 The TDI’s march into the green mainstream came to a screeching halt in September 2015. Independent testing by both the International Council on Clean Transportation and researchers at West Virginia University revealed that diesel VWs “knew” when they were being tested for emissions. During lab tests, the cars would downgrade their performance to meet emission targets, and later resume “normal” operation when they were back on the road, emitting 10 to 40 times the allowed levels of nitrous oxides.

A stop-sale was immediately put in effect, creating a glut of unsold inventory at dealerships. 2016 TDIs were not approved for sale either. All three generations of the 2.0L diesel built between the 2009 and 2015 model years were affected by the emission scandal, urea injection or no. The media picked up and ran away with “Dieselgate” and we watched the whole scheme unravel in press headlines over a period of months, like a slow motion car crash, with bits and pieces flying off-screen at regular intervals – high-profile executives and obscure employees alike getting the boot.

First was Martin Winterkorn, CEO of Volkswagen, who resigned – or was prompted to – not long after saying “We are sorry” to the world and denying knowledge of the emissions testing cheat. VW’s head man for America, Michael Horn, a popular executive with the dealer body and a leader that proved more supportive of the little guys than of Wolfsburg’s board room, had to face a very angry US senate. Not the kind of person to beat around the bush, his most famous quote from the senate hearing: “We totally screwed up.” He resigned a few weeks after his brilliant senate appearance.

VW is conducting an internal inquiry to find “those responsible” for the cheat software, saying from Day 1 that “a small group of employees” were at fault, that something like this could not have come from the senior management.

We recently learned that the cheat software was developed at Audi, for unknown purposes, but don’t yet know how it made its way to the ECU of nearly 11 million cars worldwide. Dieselgate won’t bring VW down – the group was sitting on the industry’s biggest cash reserve – emphasis on the past tense – but it may have dealt a fatal blow to the image of a clean diesel engine.

VW of Canada kept us owners in the loop, with written apologies and updates sent by electronic and paper mail, and through a new section of their website devoted to the “EPA situation”. While not answering detailed questions, VW was bold enough to include a lot of questions we were asking ourselves in the “FAQ” page they wrote. 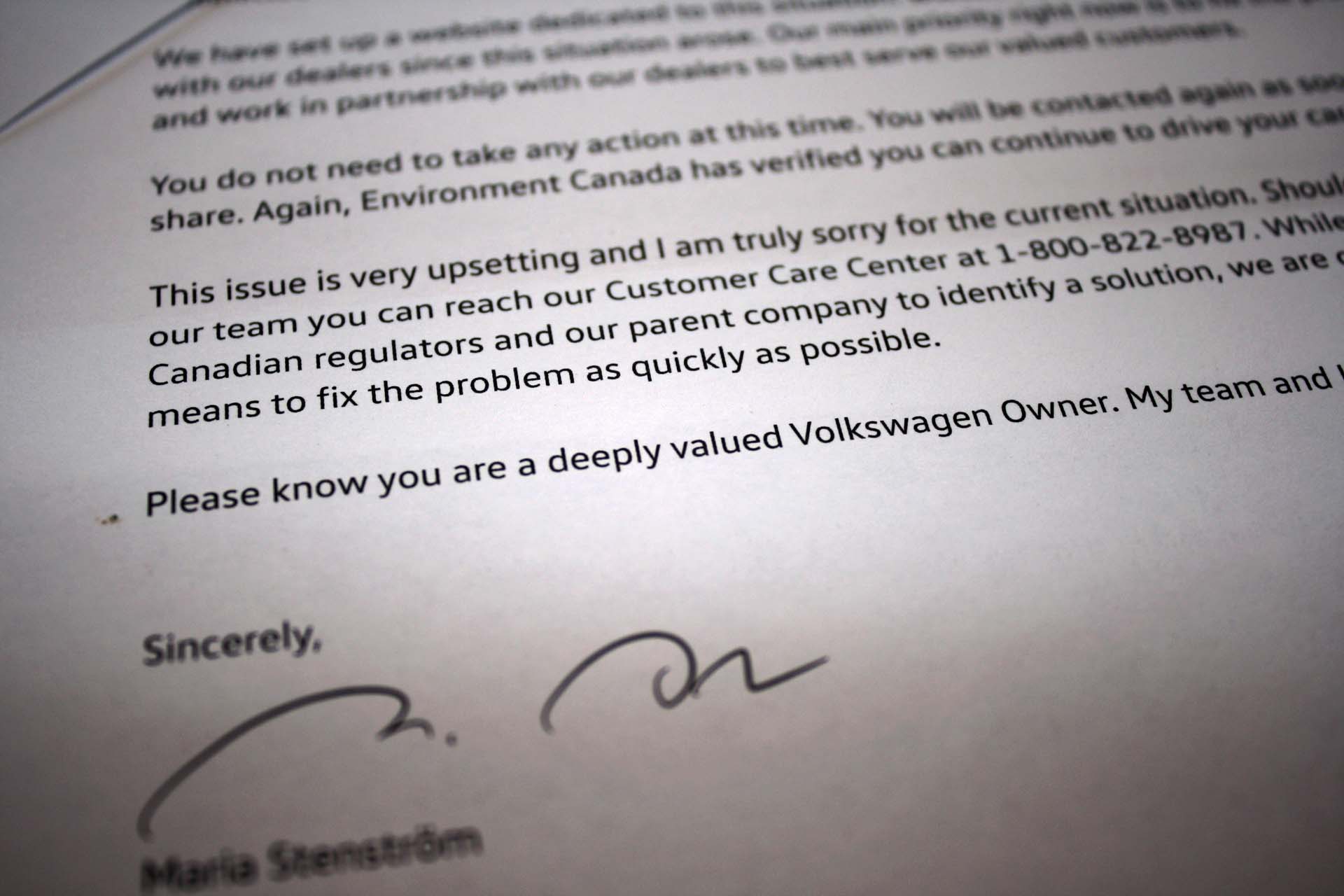 The first damage control gesture made by VW last September was to offer TDI owners a $2,000 rebate on a new Volkswagen of their choice; at the time, however, even VW dealers did not want TDIs as trade-ins, stuck with their own unsellable inventory, so that measure was mostly a smokescreen behind which the PR department was scrambling to handle their worst-case scenario come to life. More effective measures followed: by registering on VW’s website, TDI owners were eligible for a $1,000 owner compensation package, consisting of two $500 pre-loaded credit cards valid for one year. The black card could be used everywhere, while the white one must be spent at a VW dealership.

What happens next is pure speculation at this point. Comments made by the EPA make one thing very clear: there’s no way a diesel can meet emission targets without urea injection. Retrofitting all the required hardware into an older car is not cost-effective, if not outright impossible.

The new MQB platform on the Golf needed to shed its independent rear suspension to make room for the urea tank. Cars also need outdoor filler necks for the blue additive, plus room for catalysts and other hardware. That’s a lot of re-engineering on 2009-era cars. It thus became clear that buy-backs would be inevitable, something VW later confirmed.

Here’s what Canadian TDI owners like me can expect:

What will happen to bought-back cars? 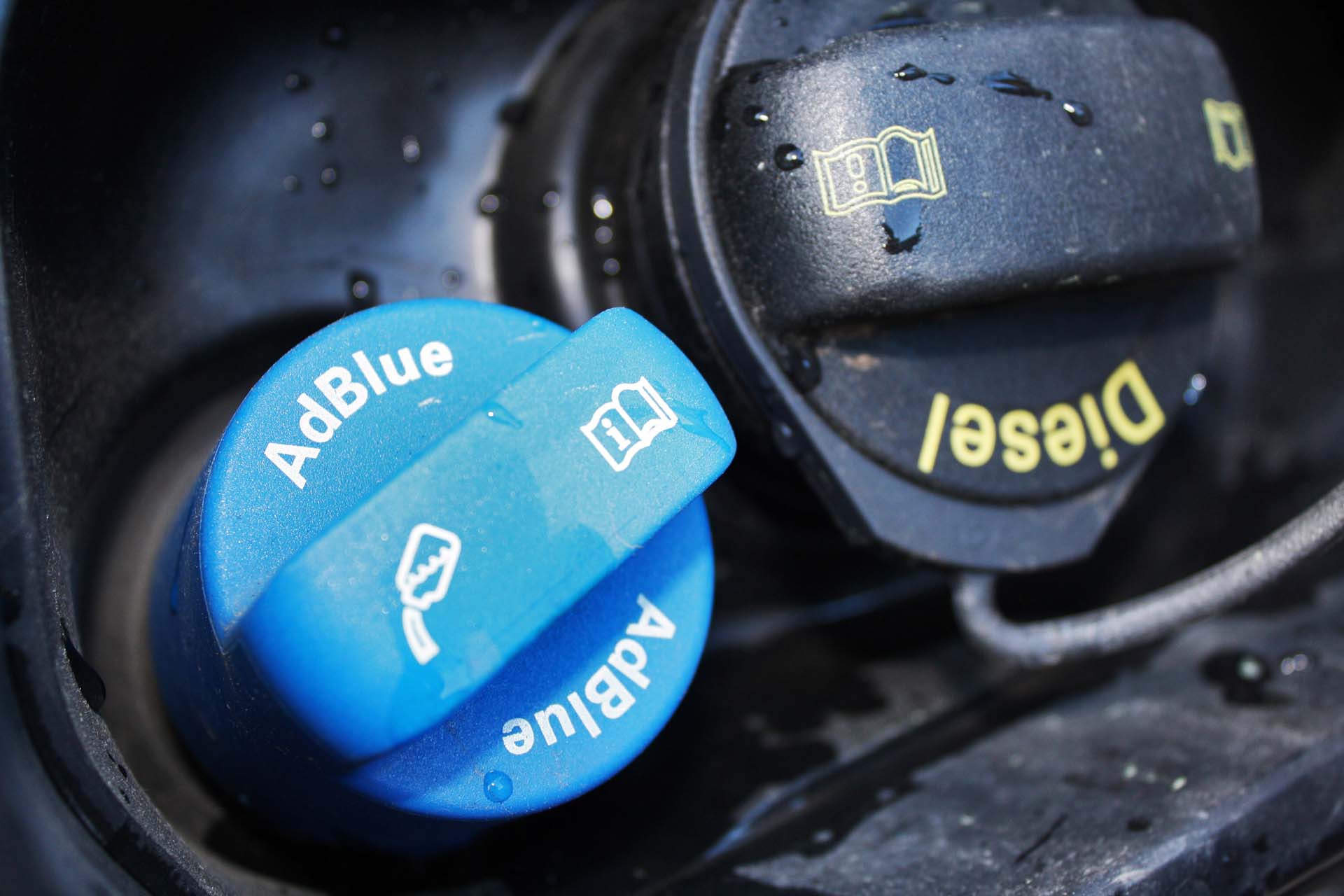 As of now, the answer is: nobody knows. The logistics behind a buy-back of this magnitude are mind-boggling: 482,000 cars are affected by Dieselgate in the US, and a little more than 100,000 in Canada. Even if only half of the owners opt for the buy-back, the total number is still flirting with a full year’s worth of sales for VW in the US; do you know how many boat, train and truck rides it took to bring all these cars to their new homes? That’s a lot of metal to move on short notice, even at the dealership level where they are still stuck with unsellable late-2015 TDI inventory.

This is a mess that will take years to clean up. A popular idea around the interwebs is that the cars will be shipped to less restrictive markets; it seems nice enough and not wasteful, until you look at the numbers. Too many cars to move, plus VW doesn’t need the additional negative image that would result from the “dumping” of polluting cars in other markets. The more one thinks about it, the grimmer the picture gets.

It’s almost certain the non-urea cars will simply be crushed before their time. The urea-injected cars may be “fixed”, but only if such a fix is approved by the EPA; the 2015 cars with the new, advanced 2 L TDI stand a better chance here, but as of now we don’t even know if VW has a fix to offer at all, or if the EPA will give them more time to develop one. The cars are able to pass emissions test in the lab, but only VW knows if locking the software to its emissions-compliant mode will support all driving conditions without impairing drivability, performance and fuel economy. If no fix is approved, all urea cars may also face the cold steel jaws of the crusher, unless a “carbon tax” approach is taken to allow the less dirty cars to stay on the road as-is. 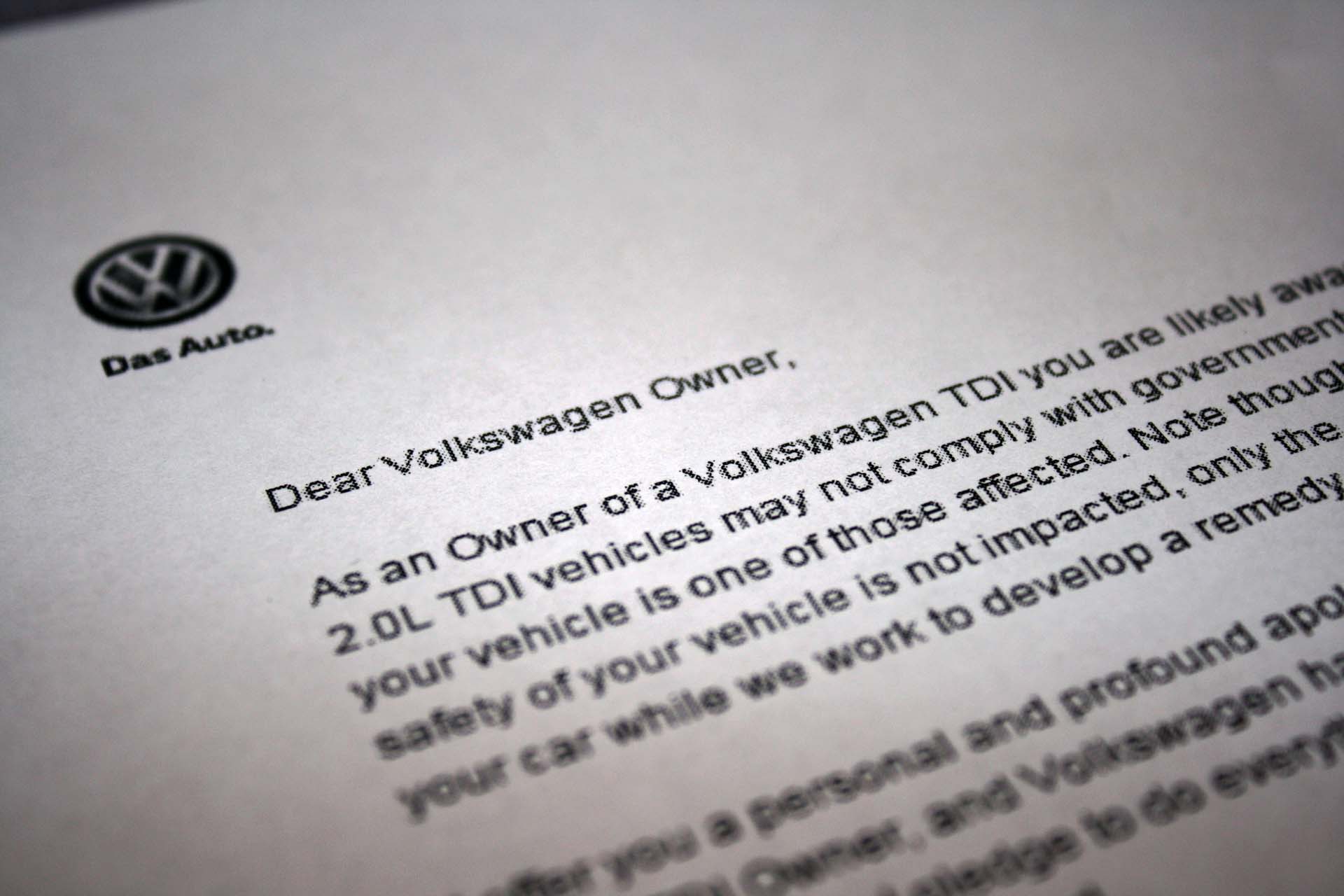 On June 28th 2016, VW of America and the EPA will meet in a California court. This is when and where all the details on the agreement between the manufacturer and the government agency will be made public, and rumours will be laid to rest. However, we TDI owners won’t know right then what to expect until a second hearing on July 26th where the ruling will be finalized. Since both the government of Canada and VW’s Canadian arm have already pledged to follow the American ruling, we can expect to receive direct instructions, offers, options or recall notices in our mailboxes later this summer.

In the meantime, the suspense is driving me nuts. When a car guy shops for a new vehicle, the process is passionate, elaborate and complicated – just ask my significant other. And last year, after 11 months behind the wheel, I can say that I really nailed it. The Golf is a tight, comfy, refined, entertaining and frugal urban executive express. Being an engineer, I notice all the attention to detail in the various assemblies, I can see, feel and touch the over-engineering that is built in my car’s components. On the highway, I get the car down to 4 L/100 km despite setting the cruise control at 119 km/h while using A/C. Getting in the 5’s in urban driving is easy to achieve.

Of course, these stellar results come at the expense of the atmosphere, thanks to lines of creative code in the ECU. So I’m anxiously waiting for the court dates, and for an envelope to show up in the mail later this summer. Is my Golf just getting a software update? What will be the impacts on driveability / fuel economy? Will I be offered a buy-back and compensation? Am I being sent on a time-constrained new-car shopping marathon? Is my car being sent to the crusher?