[Earlier we bought you an Evolution of the Mercedes-Benz G-Wagen – in which we made the point that it hasn’t really evolved in its 37-year history. Of course outwardly, that’s true. But that isn’t the complete story – Ed.]

It shouldn't exist of course. Like the horseshoe crab and the hammerhead shark and the saltwater alligator, the Mercedes Geländewagen is an antediluvian throwback that has simply failed to move with the times. Everything about it is ridiculous: the curb weight, the capability, the consumption, and the cost.

Driving one feels almost like some obscure German joke we're not quite getting. The Mercedes-Benz G-class (M-B stopped calling it the G-wagen in 1998) is theoretically capable of crossing any terrain, but everybody buys the overpowered AMG version with tires intended to increase cornering grip. Not that they do, of course, not with the tippy, boxy body and military-grade chassis. It does not make sense. 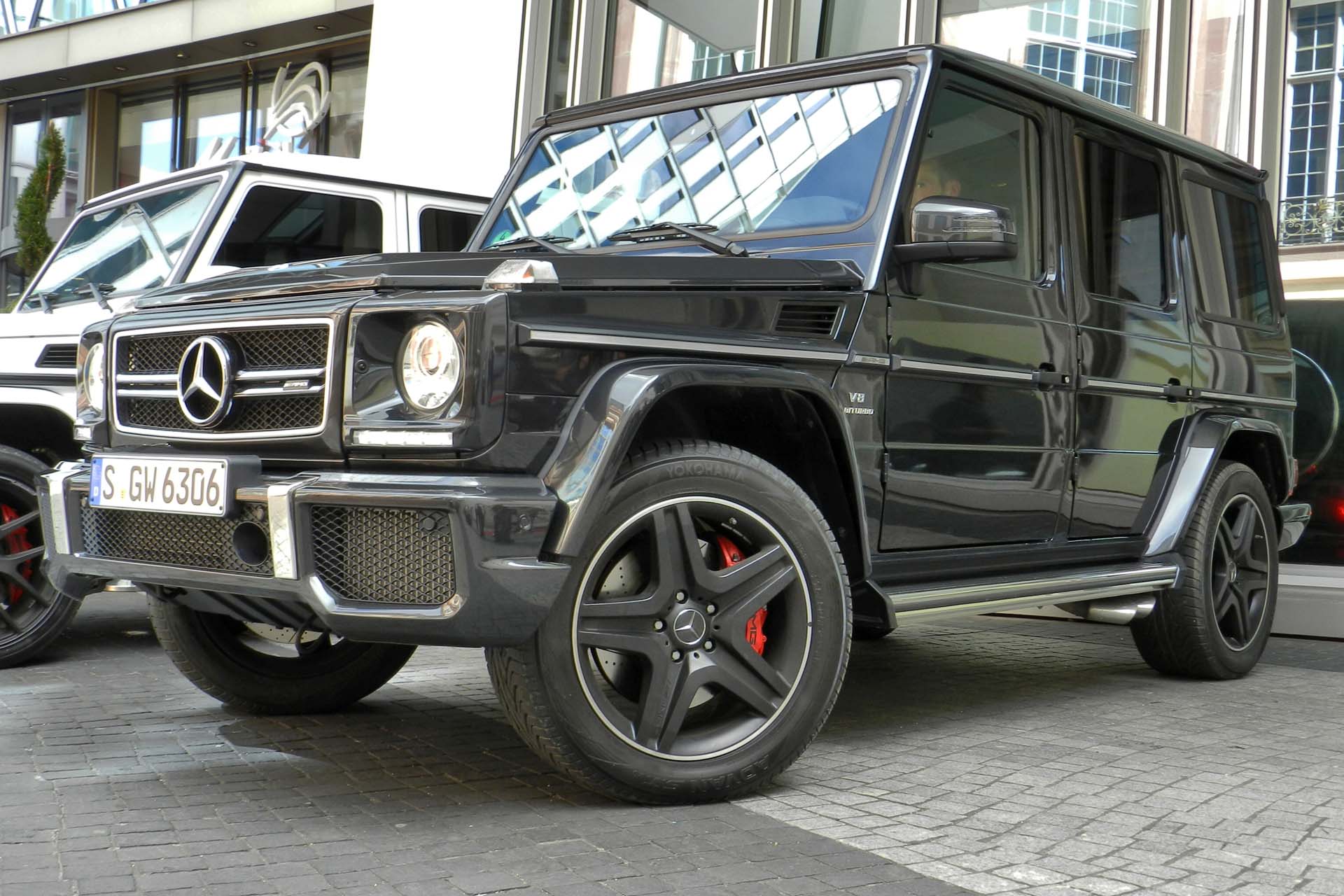 However, if you go back to the Geländewagen's roots, everything starts becoming a little more clear. The genesis for the G came out of a colossal 20,000 truck order from the Shah of Iran in the 1970s. A major shareholder in Mercedes-Benz at the time, the Shah's order represented a hugely lucrative deal at the time, and Mercedes jumped at the chance.

In order to fulfill the Shah's requirements, Mercedes needed to call in some outside help. They turned to Steyr-Daimler-Puch, a military equipment manufacturer based in Graz, Austria. Steyr-Daimler-Puch, which was broken up into component companies about a decade and a half ago, built monsters like the Pinzgauer, a military transport with available 6x6. As we shall see, this six-wheel-drive DNA would float to the surface in future G-wagens.

Developing the G was serious business, with all-weather testing performed everywhere from the Sahara to the Arctic. Steyr-Daimler-Puch hand-built each machine in Graz (where the G-class is still made), and the result was boxy, and honest, and slow. Basically, 1979 arrived and the world got a Land Rover with a German accent. 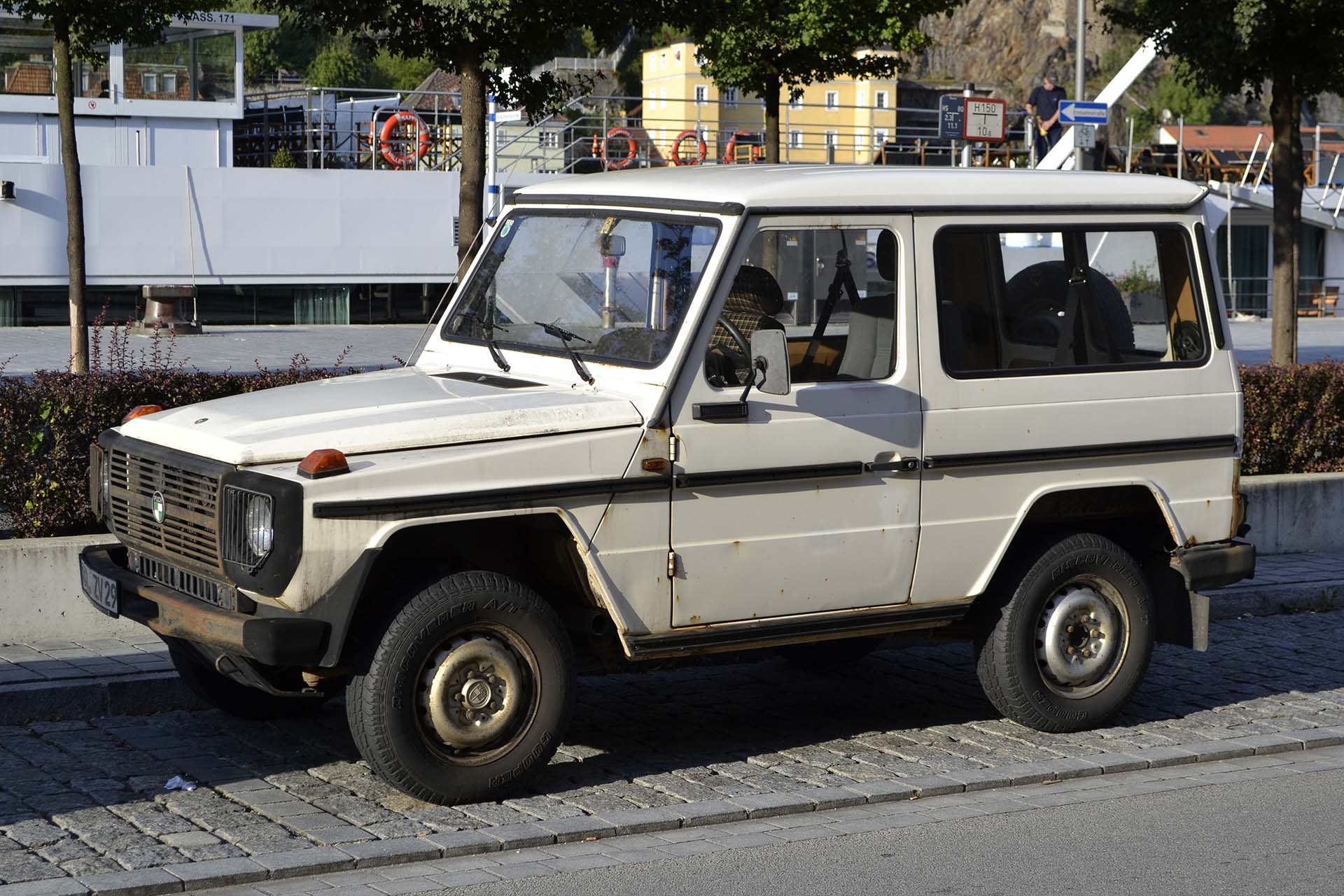 The original G-wagens, called the 460 for civilians and 461 for the military, came in short- or long-wheelbase variants, and with two- or four-door versions. You could get a big sort of van, one that would be suitable as a military ambulance, or a canvas-roofed version as a scout car for performing reconnaissance on the enemy. Our own Canadian armed forces have been running the basic G-wagon since 2003, replacing the flimsy Iltis.

Engine choices were at first very sane. At the time, Mercedes was producing some of its finest work, and the stout-hearted diesel options were nearly unstoppable. Yes, the original G plodded along on the highway, but it could easily handle mud, sand, and anything the world could throw at it. 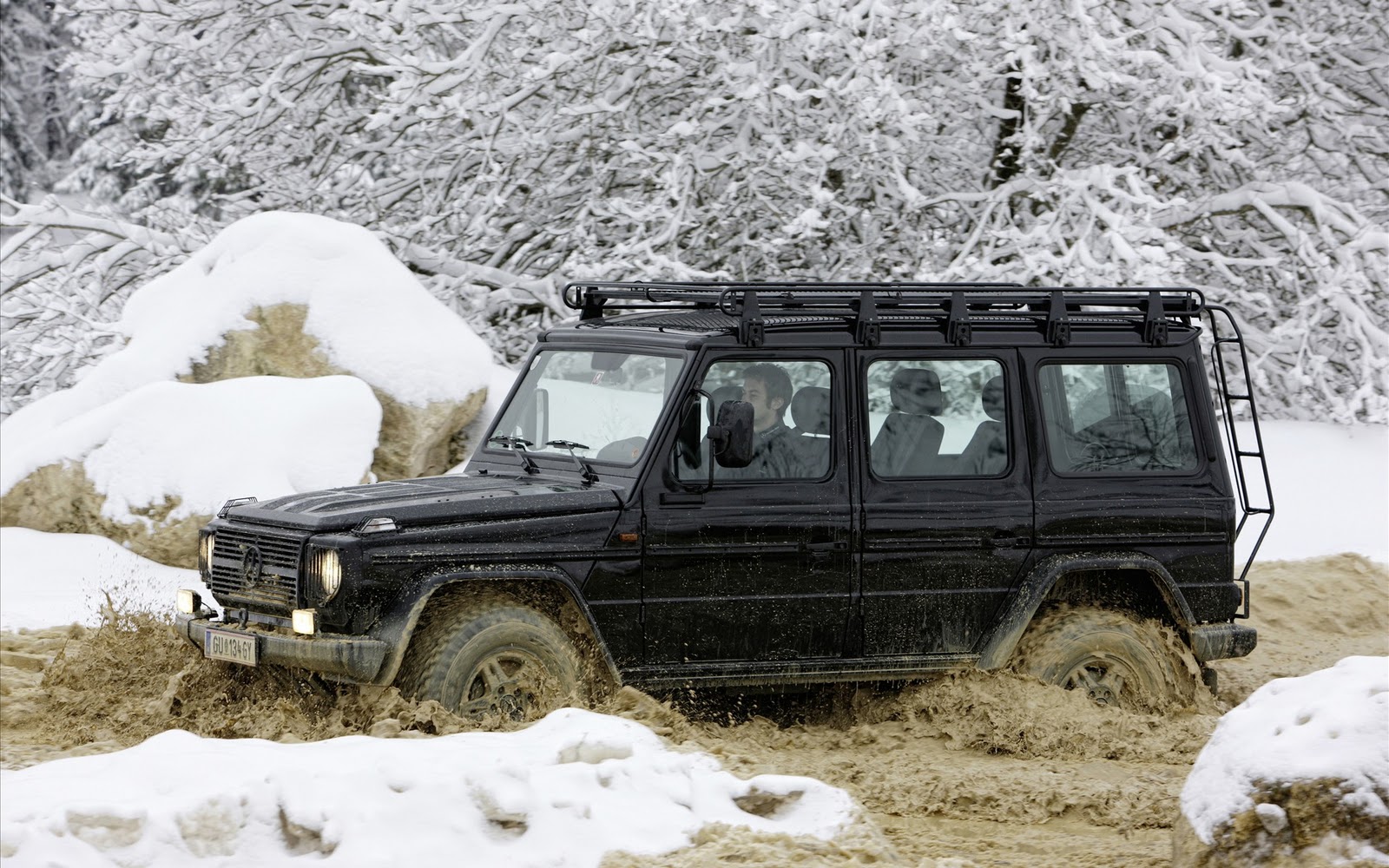 Unfortunately for Mercedes, what the G-wagen couldn't handle was the full scale Islamic revolution that deposed the Shah at the end of the 1970s. The Geländewagen was finally ready for its patron, but he was in exile, and Iran was now a theocracy. Oops.

Around about the same time, Land Rover was classing up its own agricultural-grade machinery with the first-generation Range Rover. Mercedes-Benz took one look, somebody in a Stuttgart board office said, “We can do zat too!” and a once-simple military vehicle began transforming into a luxo-barge.

Between 1981 and 1989, the G gained an automatic transmission, air-conditioning, seats nicked out of M-B's sedan lineup, power windows, ABS, and eventually even wood trim and leather. It was still the same go-anywhere machine, just a far more expensive one. In 1983, one of the two-door van variants won the Paris-Dakar rally race, with Belgian Le Mans champion Jacky Ickx at the wheel. 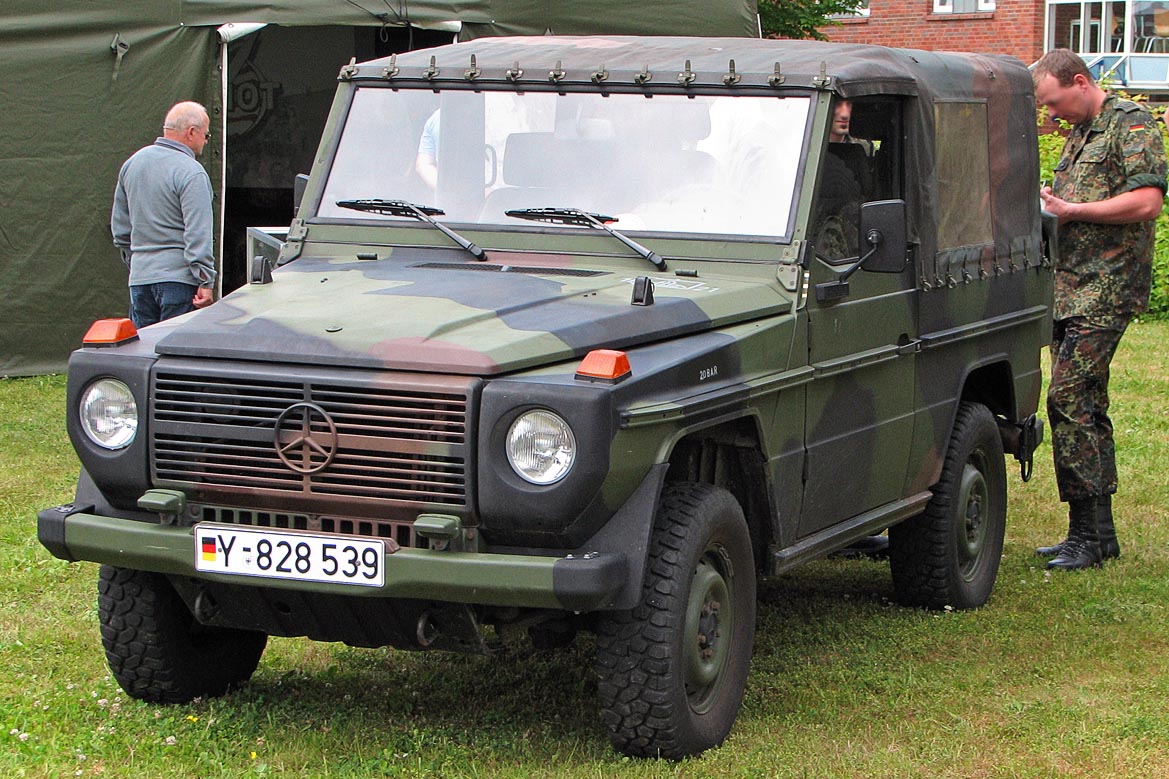 Geländewagen, "cross country vehicle" was developed from the get-go for both military and civilian life, and has seen service in dozens of armed forces around the globe, including our own Canadian military. While military versions have stuck with mostly efficient and durable diesels, the arms race on the civilian models has reached an alarming level." width="620" height="413" data-id="94516" rel="94516">

The police drove them. Well-to-do farmers drove them. They were used as fire-fighting equipment and for search-and-rescue. Even the Pope got one, specially fitted out with a bulletproof clear glass dome.

In 1990, the G-wagen got its first (and really, its only) major upgrade. The new 463 chassis is essentially the same one you'd recognize today, larger and boxier than the first generation Gs. A V8 was made available for the first time, and as a result the G-wagon began floating into conspicuous consumption territory.

And then AMG got hold of it.

AMG, as you are no doubt well aware, started their career making a huge, heavy limousine compete with sportscars. They called it Der Rote Sau (the Red Sow), so getting the porcine G-wagen to dance should be a cinch, no?

Well, sort of. AMG didn't refine the G-wagen's tarmac dynamics, they just sort of enraged the thing. The new 5.4L supercharged V8 turned the G-wagen into a howling menace of a thing, like a brick flung out of a catapult. If you've driven a G55, you'll know what I'm talking about – there is very little lateral stability, the steering feel is that of an ocean liner, but the acceleration is berserk. As an added bonus, you can watch the gas gauge needle move every time you floor it.

From honest beginnings, an unmitigated level of lunacy. And people loved it. The G55 sold very well, and while Mercedes-Benz continually threatens to stop selling the car in the North American market, the profits are just too tempting. As expensive and unnecessary as it is, the sales results are simply too good to kill the beast.

Mercedes seems a bit bewildered by the G-class's success, and is currently responding by trying to make it as crazy as possible, as if to see if there's a G that the public won't buy. Thus, they built the G65, powered by a twin-turbocharged V12; the G63 6x6, with six driven wheels and a pickup bed; and the G500 4x4², which has portal axles like a Unimog and comes in day-glo orange.

You'll rarely catch a G riding dirty, especially the AMG models. However, the G-class is genuinely capable offroad, and the current G550 isn't even all that inefficient. If you put giant off-road tires on one, spent your weekends driving up mountains, and never, ever washed it, you might even get a little respect from the Jeep crowd.

As it is, and much like the supercar market, there's quite a lot of posing going on here. Having said that, it's nice that the G-wagen still survives, almost unchanged. It's not another crossover. It makes almost no concessions to modern traffic. It's an anachronism. It's an icon.