Playground Games has revealed over 160 vehicles for Forza Horizon 3, scheduled for release at the end of September. Series fans will note the return of many classic favourites – such as the BMW M3, the Toyota Supra, or the Lamborghini Huracan which graced the cover of Forza Horizon 2 – but look closer at the list and you'll see why we're careful to say "vehicles". 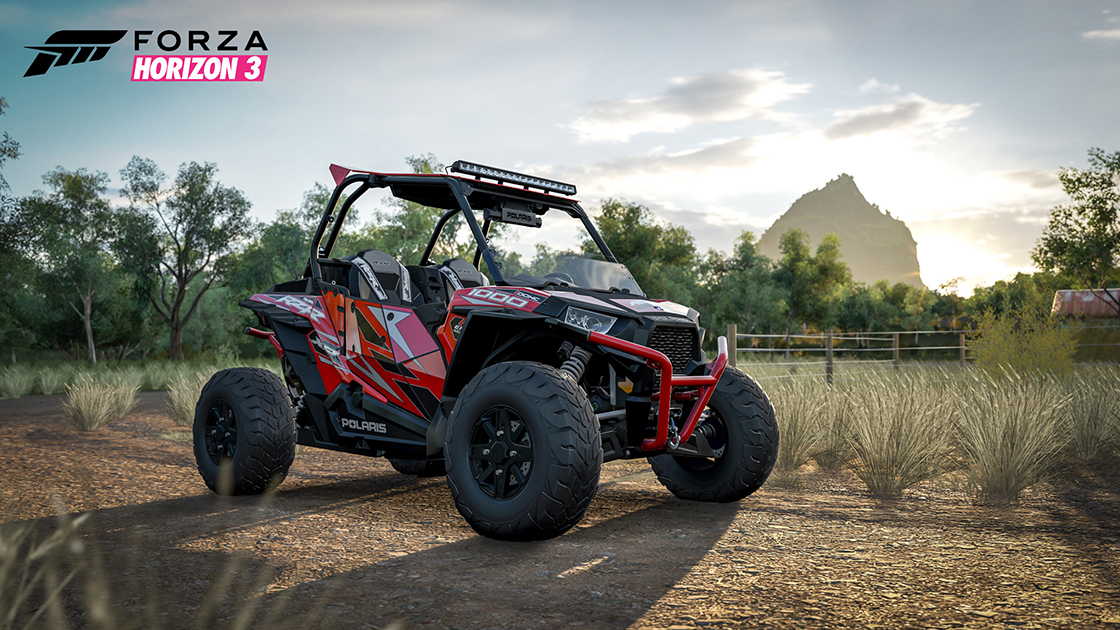 The Storm Island expansion for Forza Horizon 2 brought players their first taste of truly inclement terrain and extreme weather. This newest instalment in the Forza Horizon spin-off series, which is characterized by spirited, open-world driving, is set in the majestic, rugged landscape of the Australian Outback; is it any wonder then, that this set of photos features performance cars, souped-up trucks and purpose-built dune buggies in equal measure?

Check out the full list of cars and car-like machines below – note that this is only a portion of the final list, which will boast more than 350 vehicles. Forza Horizon 3 is coming to Xbox One consoles and Windows 10 PCs on September 27, 2016.