All three trims to come standard with a stickshift!
Advertisement

All three trims to come standard with a stickshift!

Honda Canada has officially announced its first Civic Hatchback model in 17 years, arriving this fall with an all-turbo lineup. Honda has also confirmed the hot Type R variant will come to Canada next year, probably as a 2018 model.

The hatch will come in LX, Sport and Sport Touring trims, all of which will use the fab 1.5L turbocharged four-cylinder engine available in the sedan, and enthusiasts will be happy to learn all three versions will come standard with a six-speed manual transmission. That engine's output is rated at the same 174 hp and 162 lb-ft it cranks out in the sedan, but Sport and Sport Touring get a small bump to an even 180 hp. 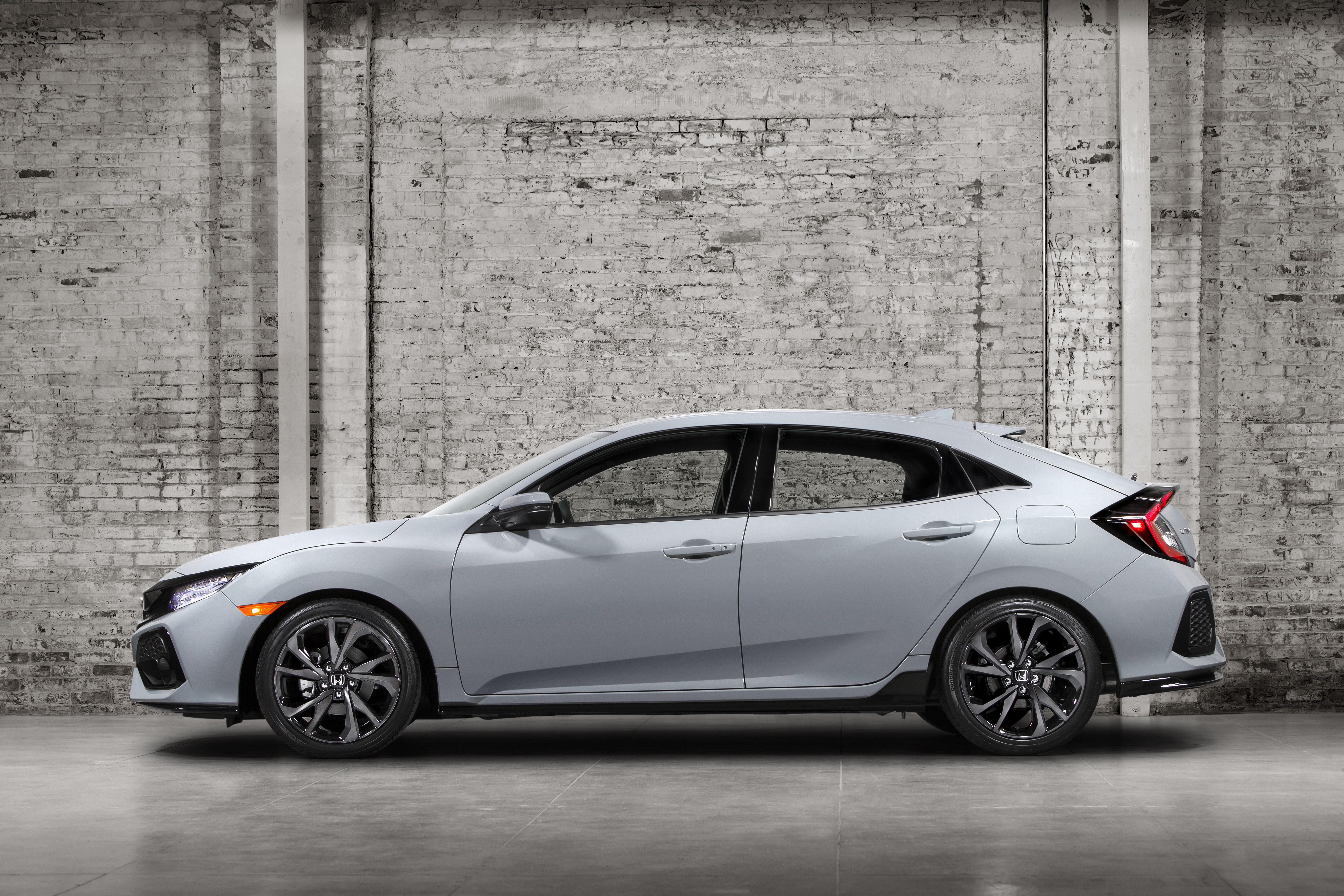 The CVT automatic that is standard in the turbo sedans will be an option here.

These first production car photos don't show us much we haven't seen, but Honda says the Sport and Sport Touring will get the centre-exit exhaust you see here.

We'd hesitate to call the new hatch's rump pretty, but if we're honest, we're more interested in the 728 L of cargo space under it, which expands to 2,752 L with rear seats folded.

Honda hasn't given us a full feature list, but it will be similar to that of the sedan. All three hatch trims will be available with the Honda Sensing safety suite, including forward collision warning/collision mitigation braking, lane departure warning/lane keep assist/road departure mitigation and adaptive cruise with low-speed follow.

Pricing will be announced closer to the car's on-sale date. 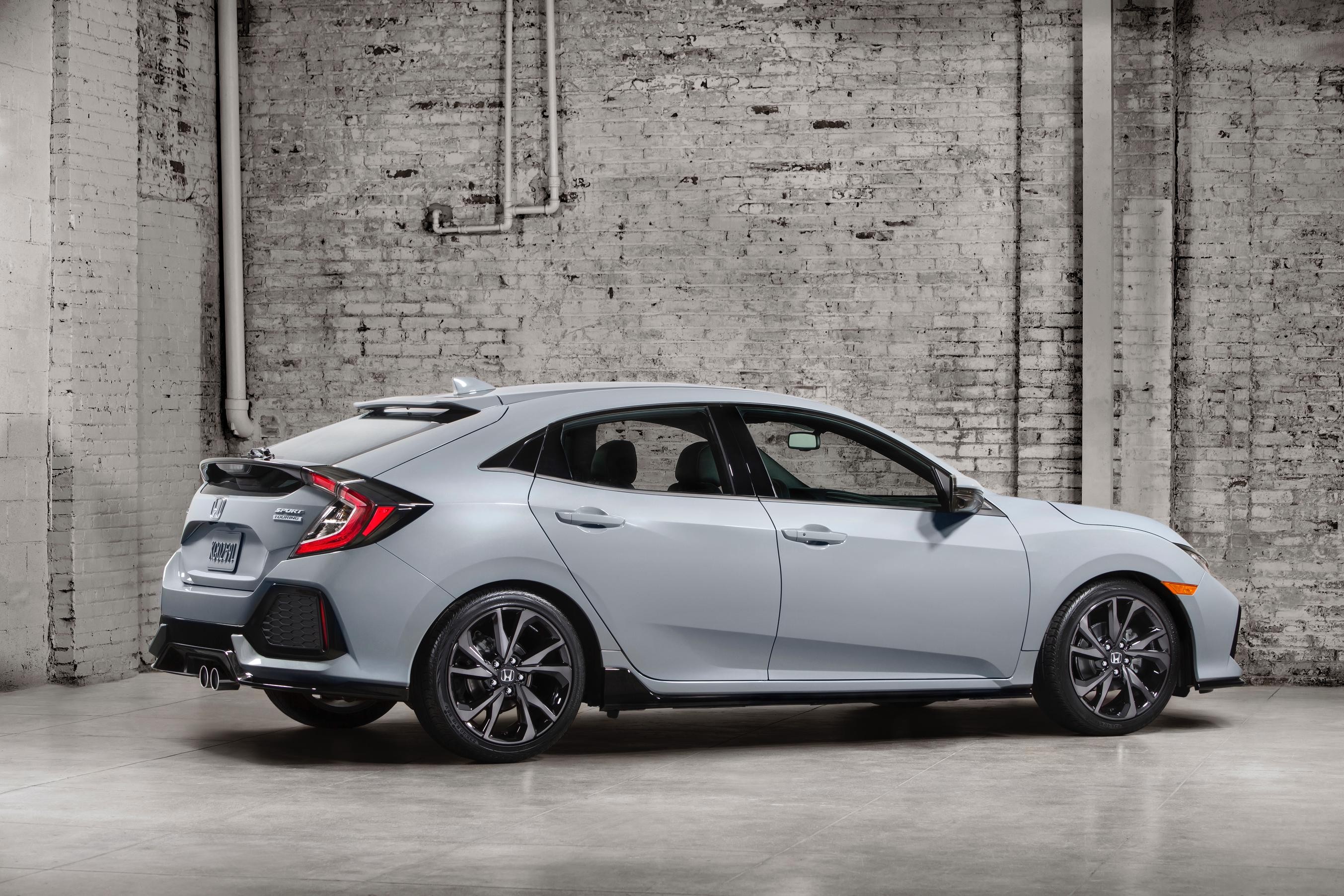