Why do Car Makers Market to Millenials? "Half the money I spend on advertising is wasted; the trouble is, I don't know which half.”
Advertisement

"Half the money I spend on advertising is wasted; the trouble is, I don't know which half.”

"Half the money I spend on advertising is wasted; the trouble is, I don't know which half.” – (allegedly) John Wanamaker, iconic early 20th century American retailer

The following is exceptionally biased opinion dressed up as research. In other words: marketing, which is something we all do. Whether it’s asking our younger cousins to like our Facebook support group for recovering VW diesel evangelists or asking other millennials to buy cars when they don’t have any money, we all market stuff constantly.

Let’s talk about the latter example. Why do auto manufacturers bother marketing to millennials, that target market born between around 1984 and 2000? 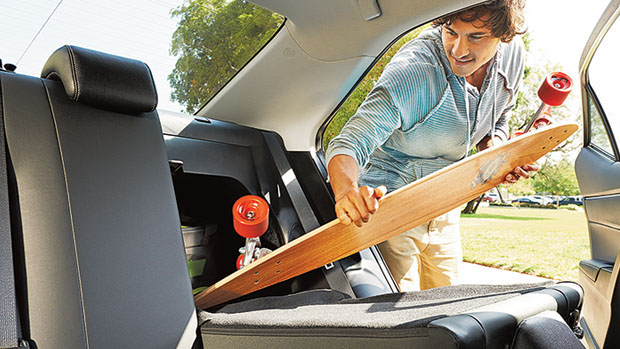 Time for some "research": Most millennials have far less money than previous generations. Moreover, they’re less likely than earlier generations to even have a driver’s license.

(The theory is that earlier generations viewed their driver’s license as a ticket to freedom. It was how they could connect with their friends. Twenty-somethings are already connected with friends through their phone. Why get a license when there’s Uber on your parents’ credit card?) Demographics seem to be almost as much trickery as marketing.

But why sell a car to somebody who doesn’t have the money to buy one or even a license?

At about this point in the age-old mating dance known as a successful sale, the audience is probably intrigued but skeptical – and therefore reassured by a testimonial from a recognized authority.

Meet Trina, easily the best marketer I’ve ever had the pleasure to work with. 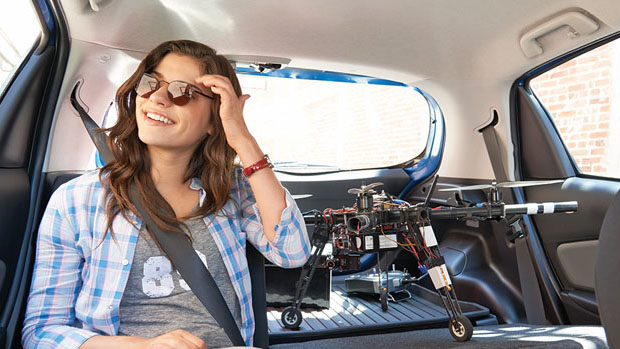 What's life if you can't capture it with a flying drone?

A leading-edge baby boomer, Trina’s recently become a "consultant", marketing speak for "no dental plan". She believes deeply in the "science" of marketing and, listening to her, it’s easy to get caught up in the excitement. You start to believe it too. That’s the essence of sales. You want to believe.

Trina talks about two upper strata of millennials who can afford to buy cars.

The first group is the woman- or man-child who still lives with their parents. When you’re not paying rent, you have a good deal of disposable income no matter how little you make. So they can afford that Honda Fit or Chevrolet Spark, Smart car. Beyond cars, “this group has expensive tastes. They know their good wines.” When you eat dinner with your parents regularly, you get comfortable with their better quality of eating and drinking. 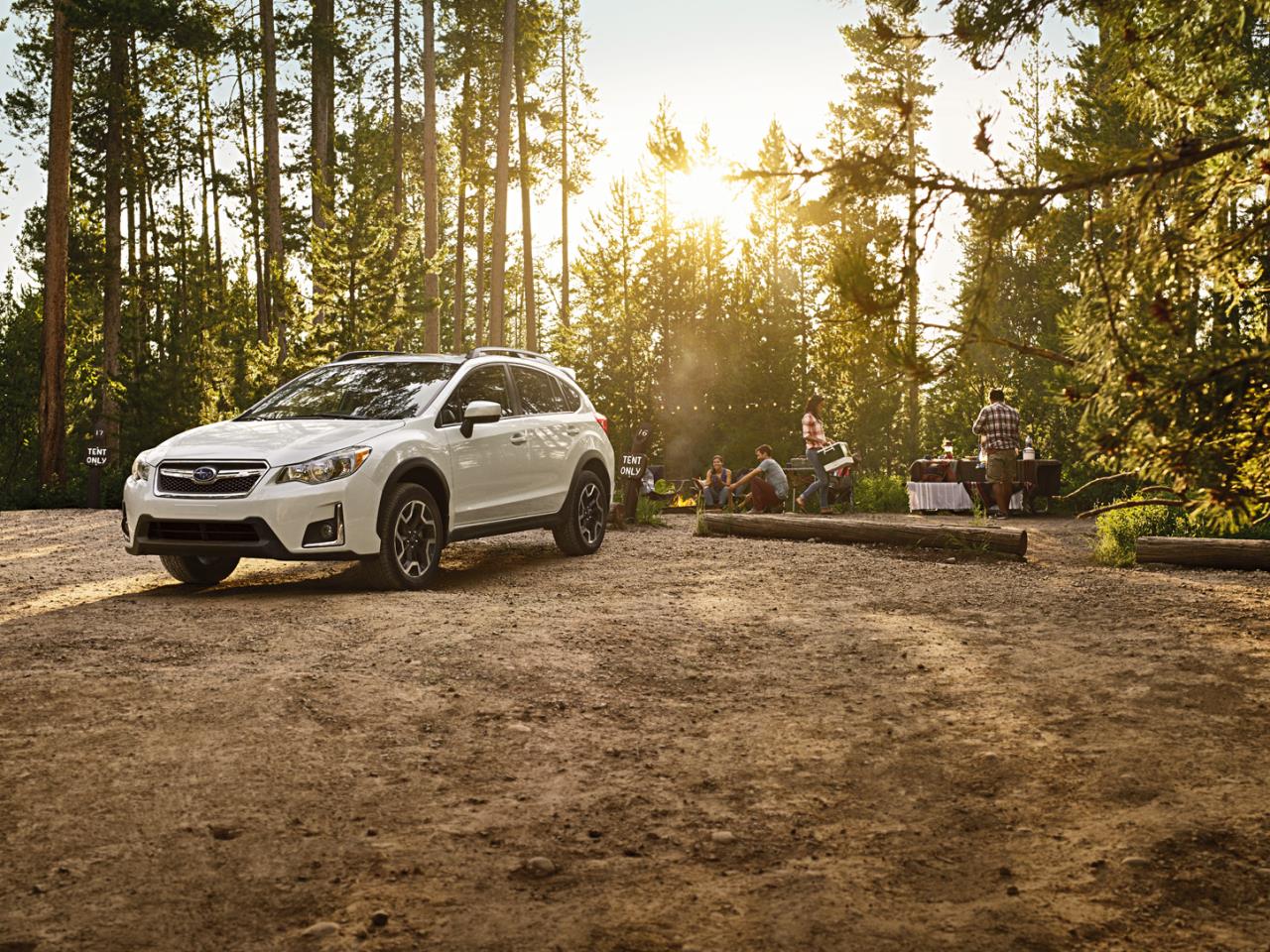 You know they're all drinking really hoppy IPAs.

Like all clichés, these stereotypes actually come from somewhere. Trina acknowledges these groups are a tiny sliver of the market and are usually, ahem, aspirationally depicted in advertising. (During the Olympics, the Royal Bank of Canada was repeatedly broadcasting a spot where a bearded, tattooed and tieless Braumeister hosts dudes in his sparklingly successful brewery-cum-art gallery.) Tiny or not, these groups represent an important market with sway.

Besides (hold your nose), money’s "free".

Speaking of bank managers (albeit parenthetically), another reason to market to millennials is that money is cheap these days. Millennials are far more comfortable with the idea of debt – or maybe just resigned to it – having witnessed Generation X go bust on student loans well into their 40s.

With zero-down leasing plans, a millennial can bag a sick ride for a measly few hundred a month. Logic and the fact that the majority can’t truly afford a car be damned. 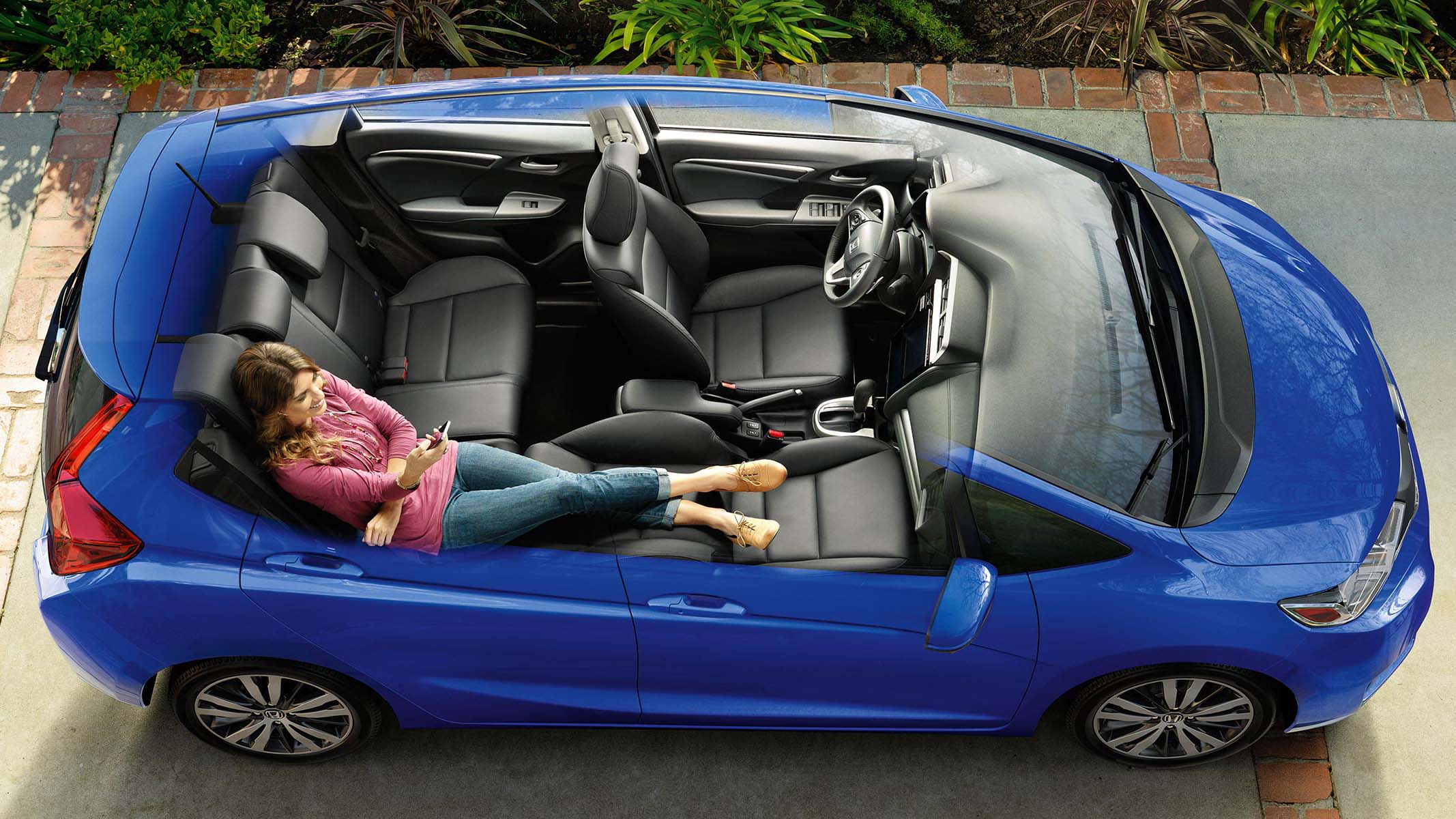 Bigger than your apartment.

Hold your breath. We may all be in for a bumpy, not sick, ride soon. Bad debt nearly broke the world economy in 2008. Signs indicate that it’s about to drive us all off a cliff less than a decade later.

And finally, millennials look hotter than clapped-out boomers. The above mentions the "aspirational depiction", a favourite marketer’s euphemism to erase ugly old people from ads. 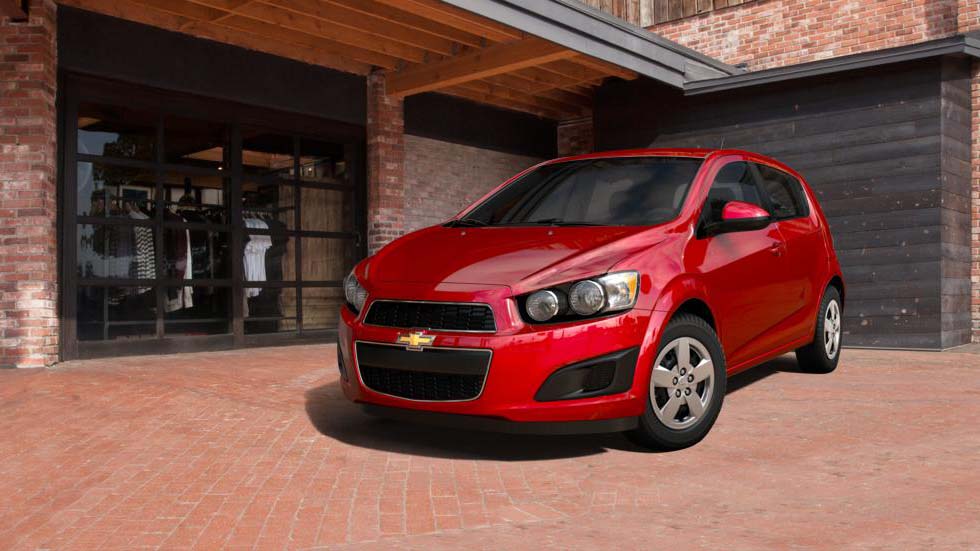 Why yes, that is reclaimed wood panelling.

A few months ago I wrote a piece for this website’s sister publication about the Chevrolet Spark and their marketing efforts towards millennials. I must’ve had a toothache at the time because the 20-somethings came off looking rather poorly. So let’s leave them be. As baby boom hero Peter Townshend said, "the kids are alright."

Before diving back into the marketing fiction, let’s examine a couple more facts. First, if you agree that crossovers are still SUVs, then Canadians are buying significantly more SUVs these days than cars. Second, over 80 percent of Canadians live in cities crowded within an hour’s drive in their Ford Escape of the American border.

We’re a rational folk: It’s easier to pick up better TV signals down here without sacrificing free healthcare. Third, our cities are more congested than ever in our history. 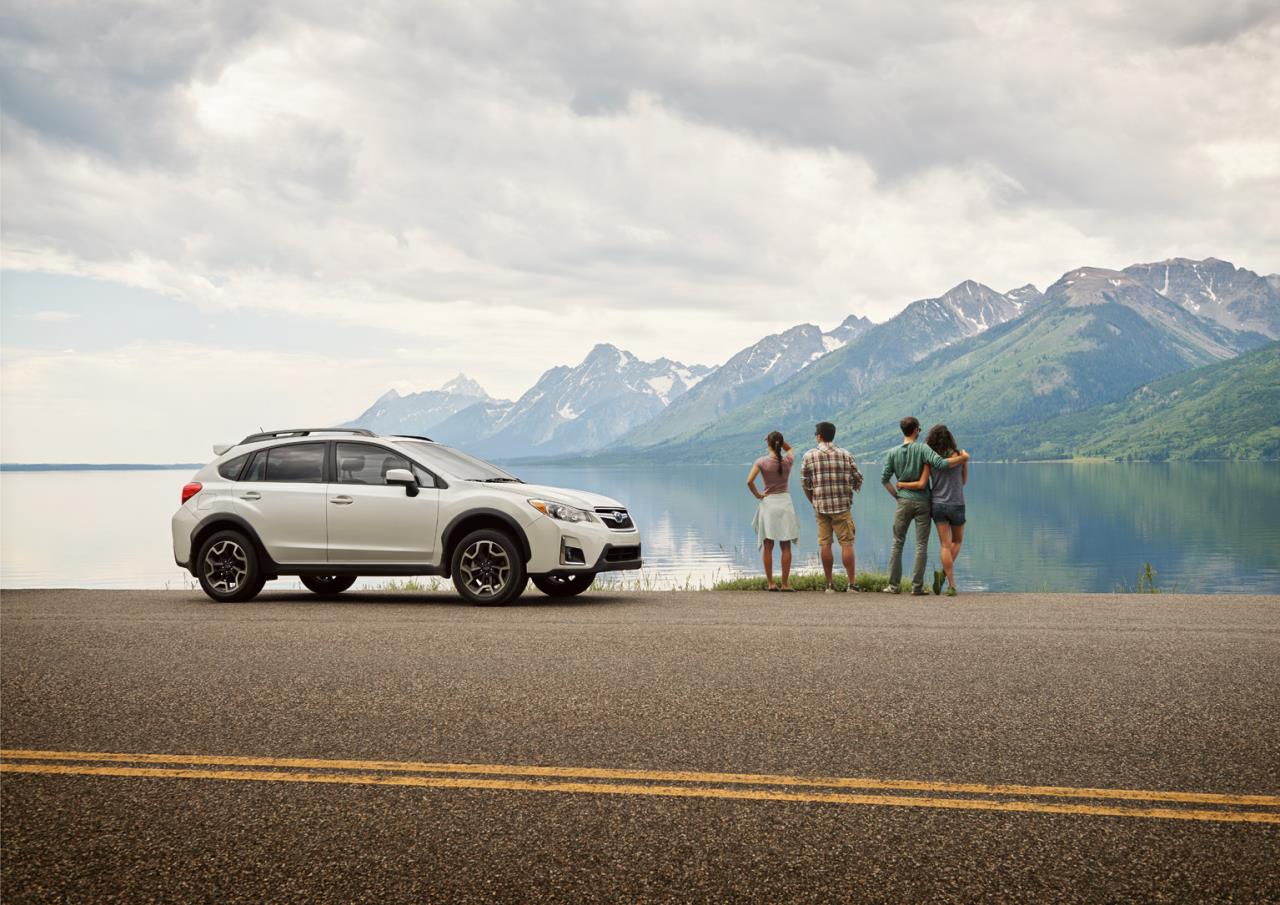 "That's a farmer's market across the lake, right?"

Yet if you saw the ads for pretty much any SUV, you’ll see off-roading panoramas of mountains with your favourite 4x4 conquering it. And what roads there are, are bereft of other vehicles.

Does anyone know anyone who does that?

Funnily, Canada’s big city that actually has mountains (on those few days when you can see the sky), Vancouver, is vying for the worst traffic in the country – and continent. Depending on which publication you read, it’s worse than Toronto or Montreal.

So why sell 4x4s to people who don’t need them? Easy. They want them.

Put simply, mountains, like millennial models behind the wheel, look nice. A marketer’s job is not to report facts. It’s classic rhetoric, which hasn’t evolved much since the ancient Greek philosophers regardless of what your content strategist tells you is trending on Twitter. 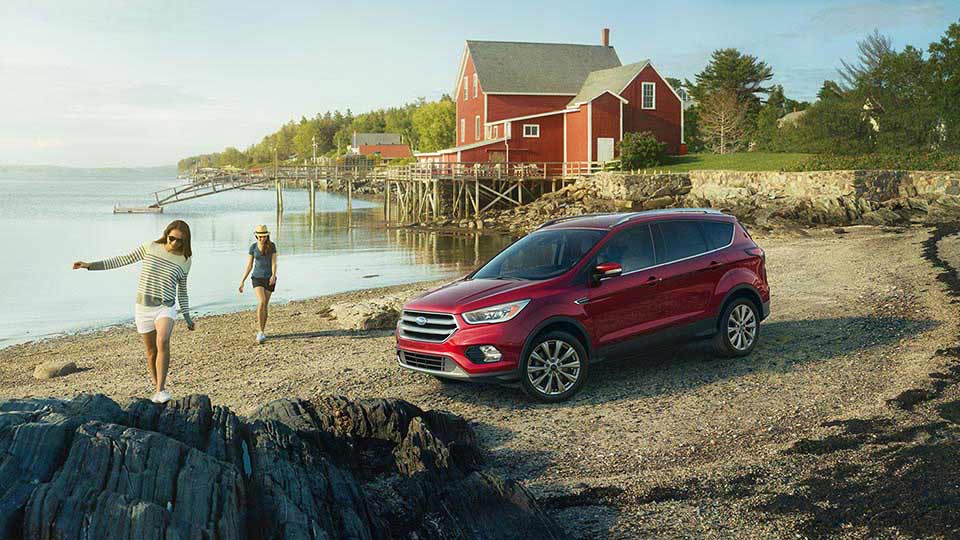 Summer Pro Tip: Can't find parking near the beach? Park on the beach!

Despite its obsession with counting and instantly reporting clicks, likes and retweets, genuine marketing is mostly theory posing as fact and is unquantifiable.

This obsession with numbers as facts comes from a deep-seated fear of the unpredictability of humans. Ask any game theorist who went beyond Wikipedia for his research paper. People are not numbers and do not behave rationally.

As much as they love to use the word, "creativity" scares marketers. (Ever wonder why nearly all SUV commercials look the same?)

Marketers would love to eliminate risk and commodify advertising creativity. They want to convert what is a massive immeasurable dive into human psychology – aka selling people stuff they don’t need – into science. So they justify their decisions on "research". But much of the research I’ve witnessed over the years – from questionnaires with heavily leading questions; or others that only allow black and white answers in a colourful world; to focus groups full of people who all look 10 years older than they claim – is just slightly north of witchcraft. 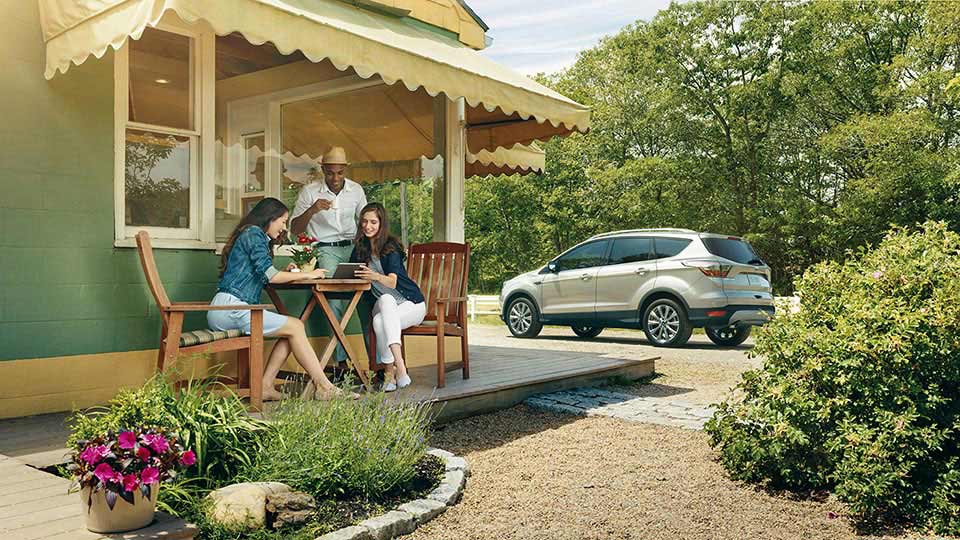 Okay, this is the cutest coffee shop ever, and they've got free Wi-Fi so let me show you this cat video!

Fact: In my first advertising writing job, I worked on the Wanamaker's account.

Fact 2: Wanamaker’s 19th-century flagship store was the most famously beautiful landmark in Philadelphia for decades.

Until they erected the Rocky statue. Which says about all you need to know about the decline of the American Empire. Anyway, I couldn’t confirm that this was his quotation. But despite all the hullabaloo about how online media takes the guesswork out of marketing, I’m convinced his insight is still true. Marketing is ultimately impossible to quantify because people aren’t targets; they’re people.