Production-ready Model X challenger to hit the market in 2018

Production-ready Model X challenger to hit the market in 2018

Electric Vehicles (EVs) are all the rage now that we’re seeing mainstream contenders with useful range. We’re also seeing some formidable performance to complement the zero emissions and overall green profile. The Jaguar I-Pace Concept is a case in point, a ground-up EV design, as opposed to an adaptation of an existing design. It features a floor that houses its lithium-ion battery and it uses two compact permanent-magnet motors generating a total of 400 horsepower at 13,000 rpm and 516 pound-feet of instant torque that blasts the I-Pace from 0–97 km/h in “around” 4.0 seconds.

But the I-Pace is more than that. The company regards this car as nothing less than the start of a new era for Jaguar, and it’s now well-known that this really isn’t a typical “concept”, as pretty much what we saw at the Los Angeles Auto Show will be in production and on sale in early 2018.

Furthermore, combined with its astonishing acceleration, the I-Pace has a projected range of 500 km on a charge, and, depending on the charging infrastructure, can be charged to return 160 km of travel in 20 minutes. 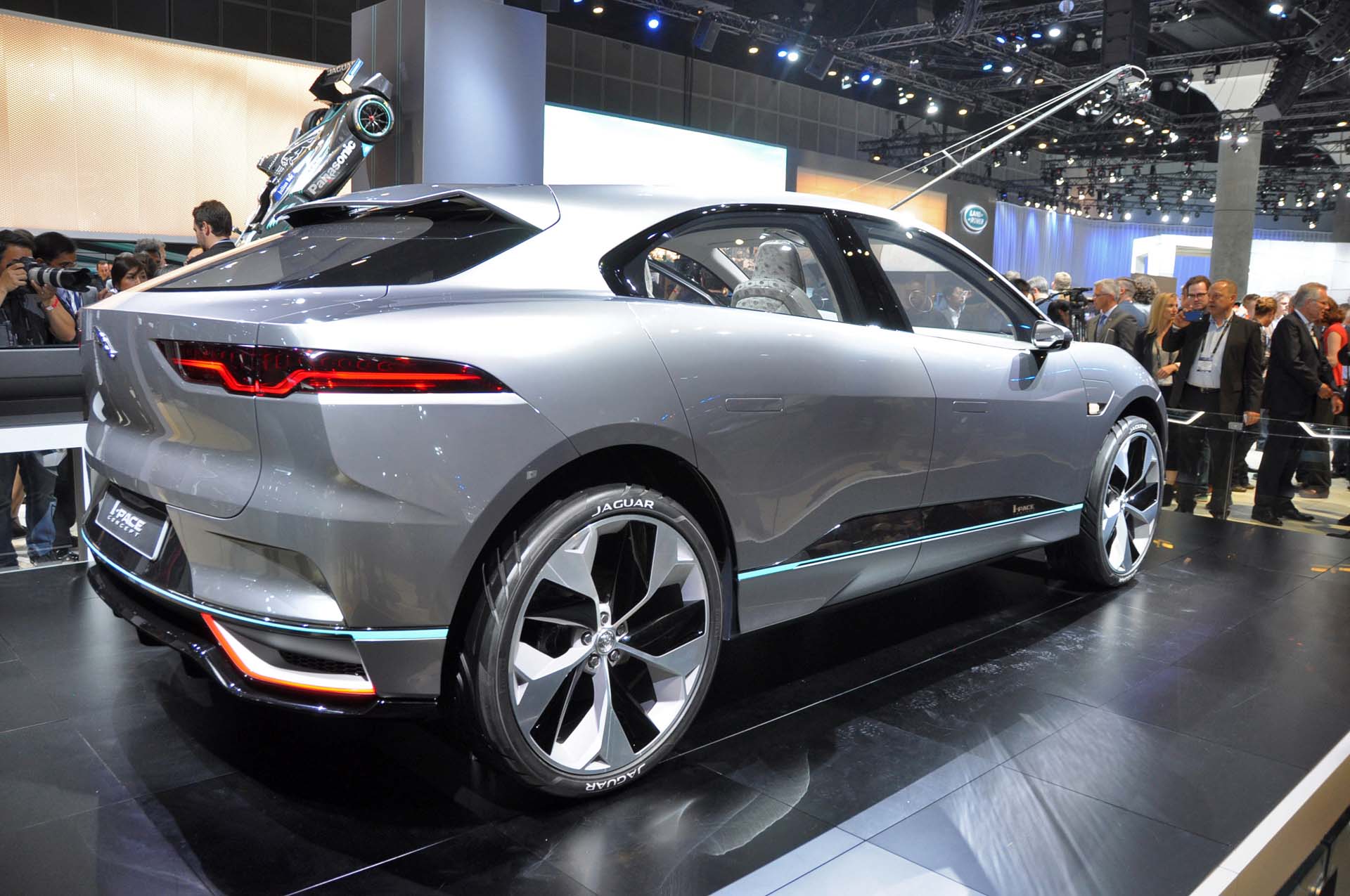 Jaguar describes it as a “sports car, a performance car, a family car and an SUV all in one.” As you can see from the images, this is essentially a four-door, five passenger sport hatch of sleek and sporty proportions in the Callum style. Because the front and rear electric motors are compact in size and the liquid-cooled 90 kWh battery is located in the flat floor permitting a “cab forward” design, there is an abundance of passenger space, leg room and 530 L of cargo space available in the trunk. The wheelbase, says Callum, “is the longest of any vehicle in its class, and the vehicle’s design was unconstrained by conventions required with gasoline-powered cars. Essentially, we threw out the rulebook.”

Being a Jaguar, the I-Pace is designed to handle, using the double wishbone and integral link suspension from the XC, XF and F-PACE. It also uses an electric brake booster to maximize stopping power. The interior is based on the F-Type sports car, although I must say the upholstery in the show car is, shall we say, distinctive.

The sleek (0.29 coefficient of drag) concept I-Pace rides on big 23-inch wheels, which don’t visually overpower the car. One expects, though, that the production model will dial back on the wheel diameter a little, along with receiving other detail changes both inside and out.

Want one? Jaguar invites you to its website where apparently there’s a red button you can press that simply says, “I WANT ONE.”