Three-row SUV to enter production in 2018

Three-row SUV to enter production in 2018

Over the past few years, the mid- to full-size three-row SUV has gained in popularity, with most manufacturers now offering at least one example in their lineups. Subaru initially tried a three-row, seven-passenger SUV in the form of the B9 Tribeca a decade ago, but it was a slow seller despite refreshes, ultimately considered too small and retired in 2014. This fall, Subaru announced its return to the three-row segment with an all-new vehicle, although no concrete details were forthcoming.

The concept vehicle shown at this year’s Los Angeles Auto Show – the Viziv-7 SUV Concept – fills in some of the blanks. However, although it does accurately represent its size, it does not, stylistically at least, reflect the final vehicle. The production version will be the biggest vehicle Subaru has built and part of the news here is that it will be built in the US at Subaru’s Indiana plant in 2018. At this point we don’t know if it will debut as a 2018 or 2019 model, but we are told it won’t be called the Viziv-7, which is derived from the VIZIV diesel-electric hybrid SUV-coupe concept from 2013. 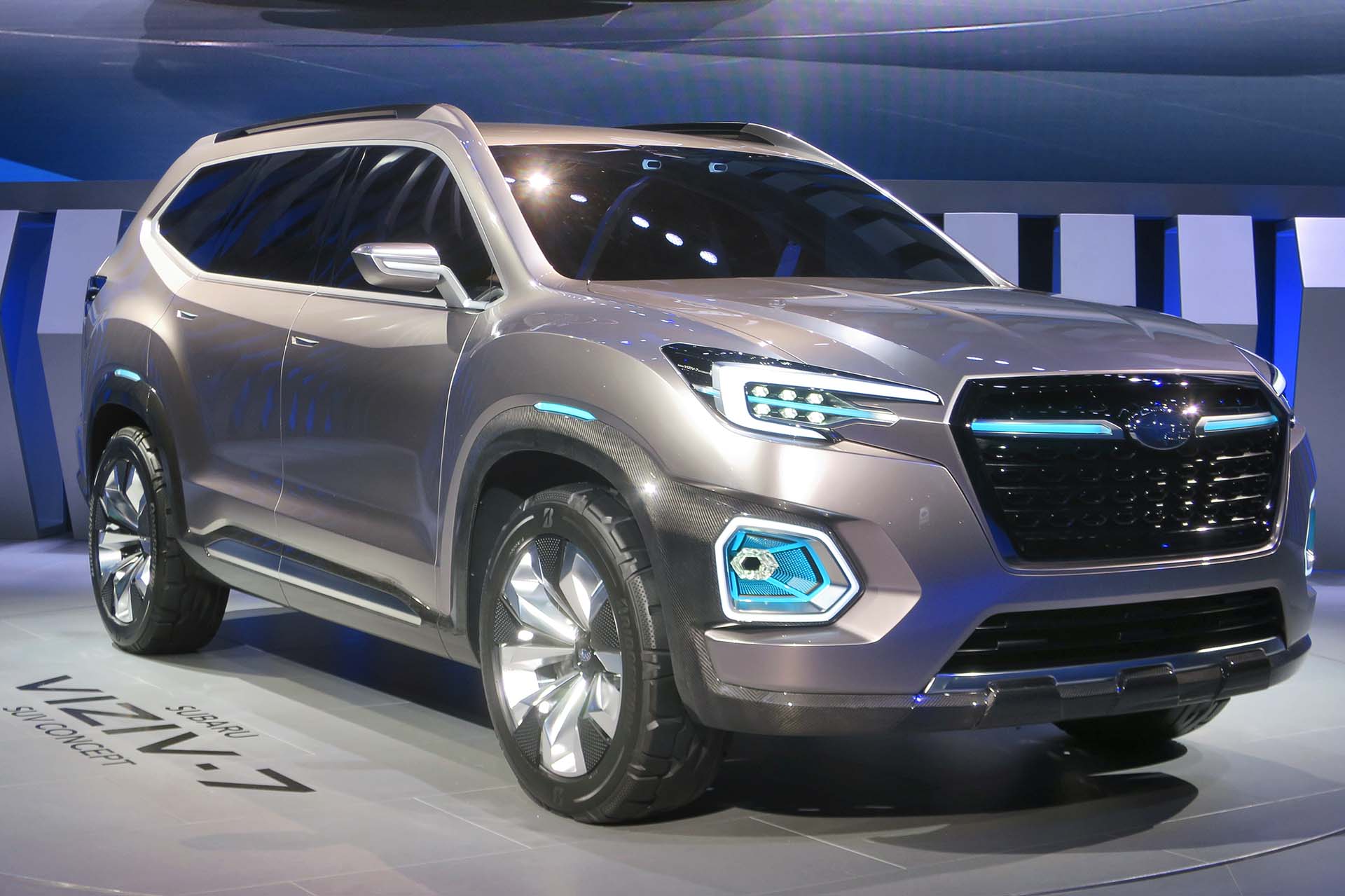 Built on Subaru’s new global platform that now underpins the 2017 Subaru Impreza, the intention here in LA is also to demonstrate that this modular platform has the flexibility to be adapted to a full range of vehicles, be it a compact sedan or a three-row SUV. Taller and wider than the Tribeca, the production version will also be longer and presumably better suited to accommodating seven passengers. The Viziv-7 is 5,200 mm long, 2,030 mm wide and 1,830 mm high, with a 2,990 mm wheelbase; these are not the exact measurements of the production model, but are close, says Subaru. And its final styling will likely fall in line with Subaru’s current line-up.

Short on detail, but long on promise, Subaru’s SUV plans will definitely be of interest to Subaru loyalists and, as Subaru’s been on a sales roll lately, expect to see a broader market interest in the upcoming SUV than the Tribeca received.