Paul picks his best drives of 2016 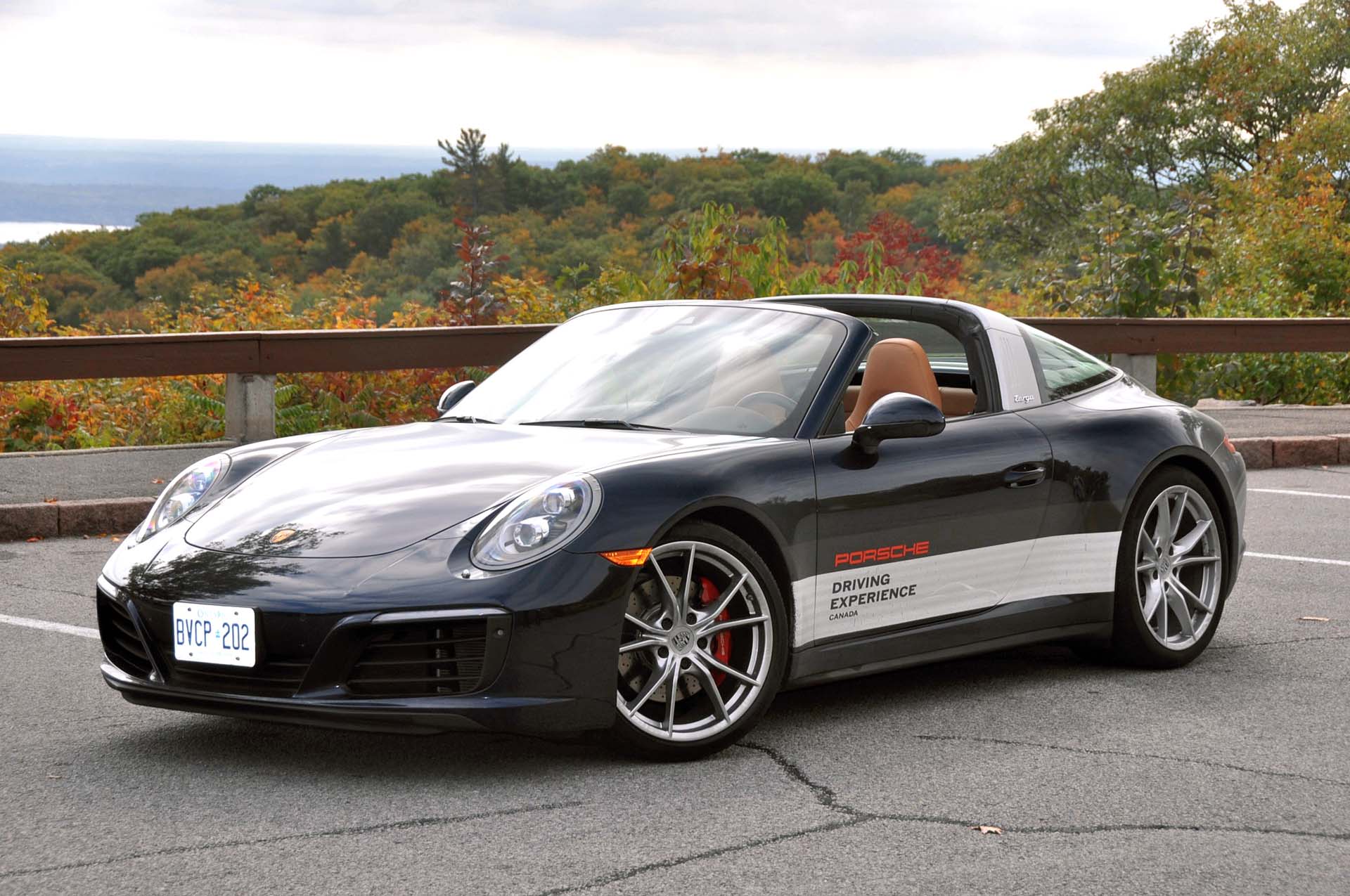 I had the wonderful opportunity this year to participate in the Porsche Performance Tour held in eastern Ontario and southern Quebec. Over two days Porsche put us in an array of its vehicles on the road and on the track. It was non-stop driving in 718 Boxsters and various flavours of 911 at speeds topping 200 km/h; honestly, it was a car enthusiast’s wet dream.

What did I like best? I liked them all, because like most auto writers covering Porsches, objectivity quickly goes out the window when you settle into the seat and behind the wheel of these exciting automobiles. Starting that engine, pulling out into traffic, vaguely noticing the heads turn… it’s energizing, exhilarating.

But I loved the 2016 Porsche 911 Targa 4. It leaps from standstill, brilliantly combining power, grip and elegance in a package that begs to be driven hard and long. Like all Porsches, you can take it on the road or to the track. That’s versatility! But this model’s lines with that exquisite and distinctive roof – so modern yet so vintage… As someone once said to me, “If I won that car in a lottery, I’d keep it!” 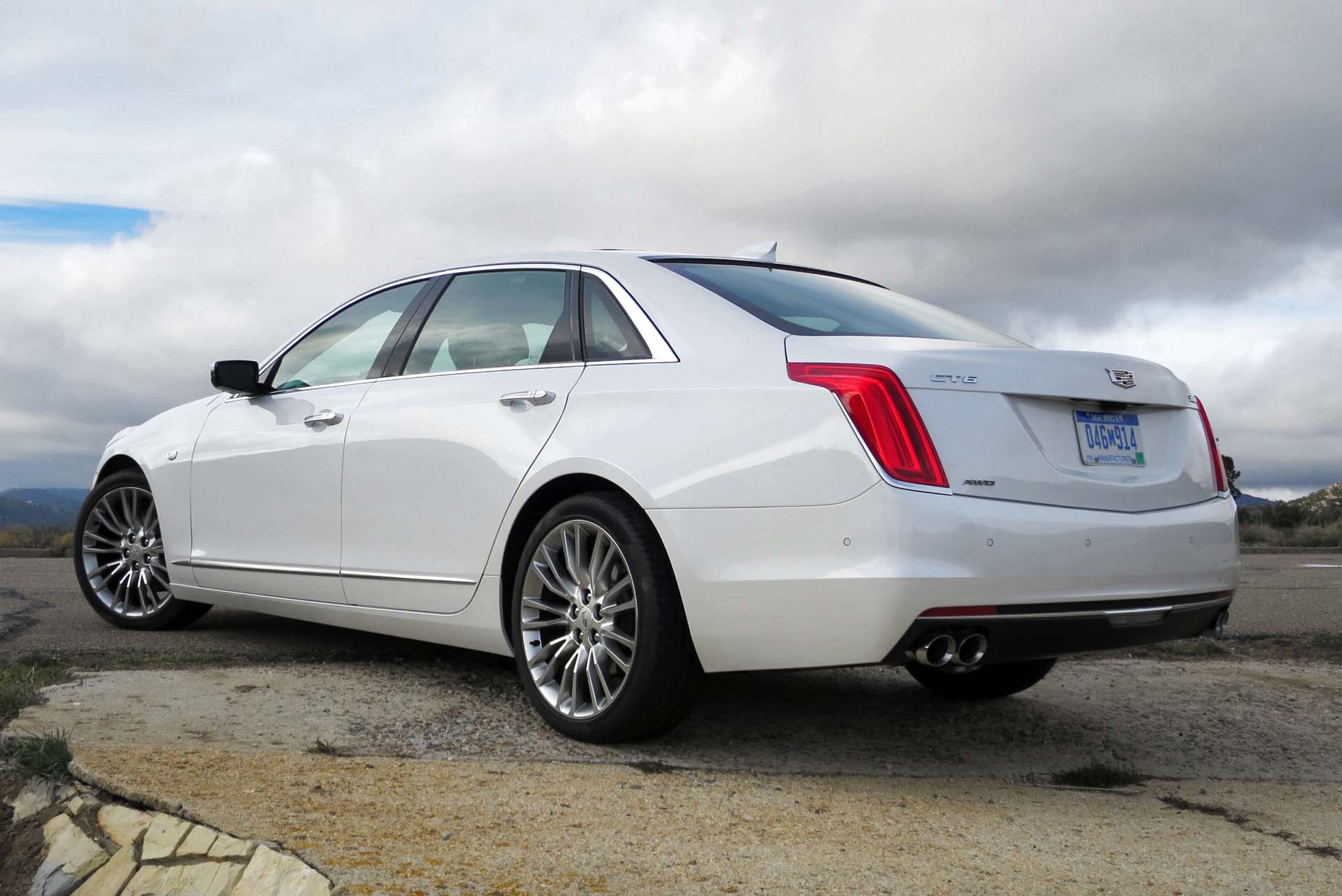 For the past few years Cadillac has been pulling out all the stops in an effort to build genuine competitors to German luxury cars.

It ain’t easy. Because as most of us agree, the Germans pretty much own luxury on wheels. But on the other hand, they make for a good target. You know what you have to do, in other words, and Cadillac doesn’t want to embarrass itself.

I’m willing to give them their due, because compared with Cadillac products of the recent past, the brand really has vaulted itself into contention with a suite of products that offer style without glitz, quality without excess, and performance with genuine punch. The CT6 is right up there, impressing with its fit, finish, paint, design, performance and palpable quality throughout.

As Rich Brekus, Cadillac Global Director of Product Strategy, said at the 2016 CT6 launch in Los Angeles, the CT6 is “agile, not staid, not bulky, not pretentious.”

It’s funny, when you think about it, that this car, and all current Cadillacs really, have to be described by what they’re not. Glitz, once the defining feature of the brand, is no longer an option. Got that? 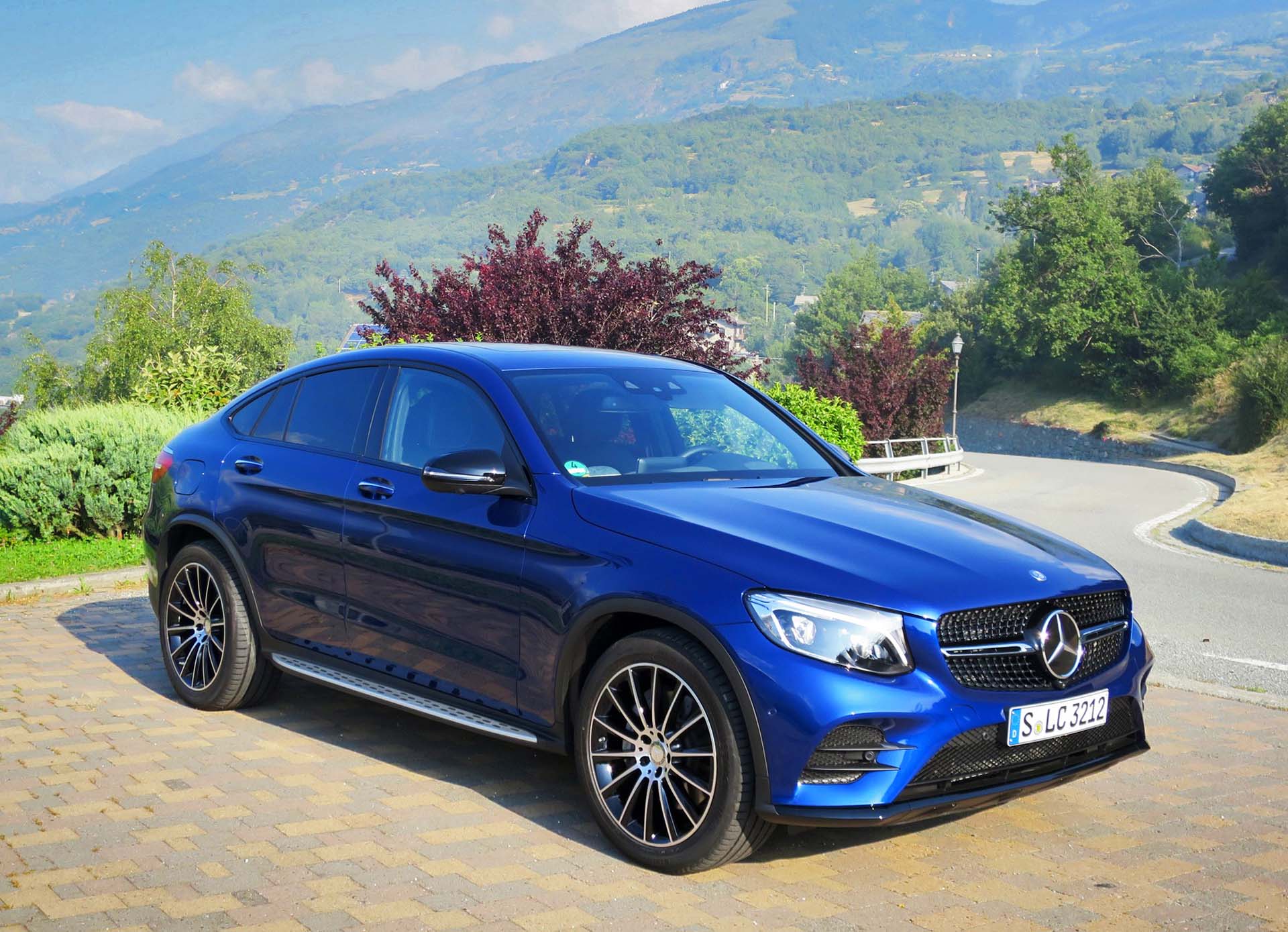 Those in the know will realize that while this vehicle is referred to as a “coupe”, the “G” designation means that it’s an SUV. So it is that you’ll find the GLC 300 Coupe in the SUV section of mercedes-benz.ca. It has a coupe-like shape, let’s leave it at that.

This is a vehicle that both shrinks and grows on you. Yes it’s tall-ish (although not as tall as the GLC SUV) and carries some heft, but after you’ve been around it for a while its lines lengthen, its curves appeal, its rich paint and character lines flatter the exterior, and it can look dead classy at the reception area of a swank hotel.

Open the door and welcome to German luxury! Everything looks, smells and feels high-end; better than average, more than sufficient. This is what you want in a luxury-brand vehicle, right? A genuine experience, which happily the GLC Coupe delivers.

The GLC 300 Coupe grows on you even more on the road. At speed on multi-lane highways it’s quiet, refined and composed: an excellent long-distance cruiser. But it’s on narrow, twisting country roads that the GLC 300 completely surprises you. You can really have some fun in this vehicle; it handles like a sports car!

A luxury Sport Utility Vehicle that’s heavier on the sport, lighter on the utility. Just the right balance, I reckon. 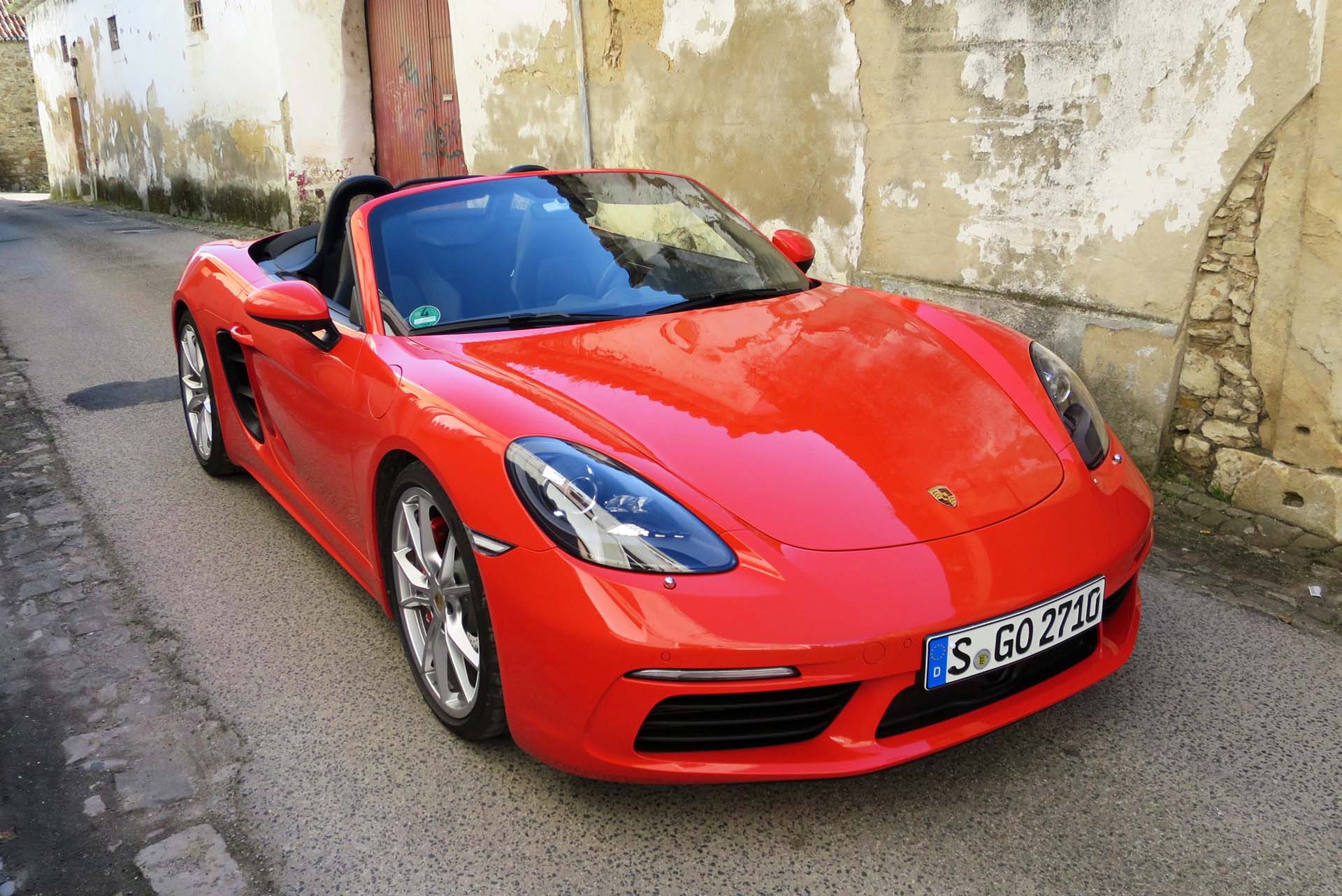 Two Porsches on my list. What can I say…?

For many Porschephiles, the big news with the latest Boxster was that it’s missing two cylinders. I know: it’s like a Mustang with a six-banger (or, heaven forbid… a four!). But really, in the Boxster S, 350 horsepower is 350 hp, no matter how many cylinders it has. It pumps out 309 pound-feet of torque, too, and can legally accelerate you to 285 km/h in the right country. So you’re not hobbled, in other words; in fact, you’re empowered!

But performance aside, just look at this car. It’s magnificent, especially wearing our test car’s Lava Orange, that coincidentally is also the signature colour on Porsche Canada’s website (on which, while I was there anyway, I conservatively spec’d out “my” 718 Boxster S at $110,700, plus 13 percent HST. Desire collides with reality…).

On the road, performance equals the stunning design and I must say that the immediacy of the throttle, brakes and chassis response on this car – along with the fabulous noises it makes under both acceleration and deceleration – just have to tip you in favour of the Boxster S over the Boxster. It’s not just the extra 50 hp, it’s that the entire car feels instantly more awake, more alive. Makes you feel that way, too.

The only thing that hobbles this car is your nerve and our speed limits. 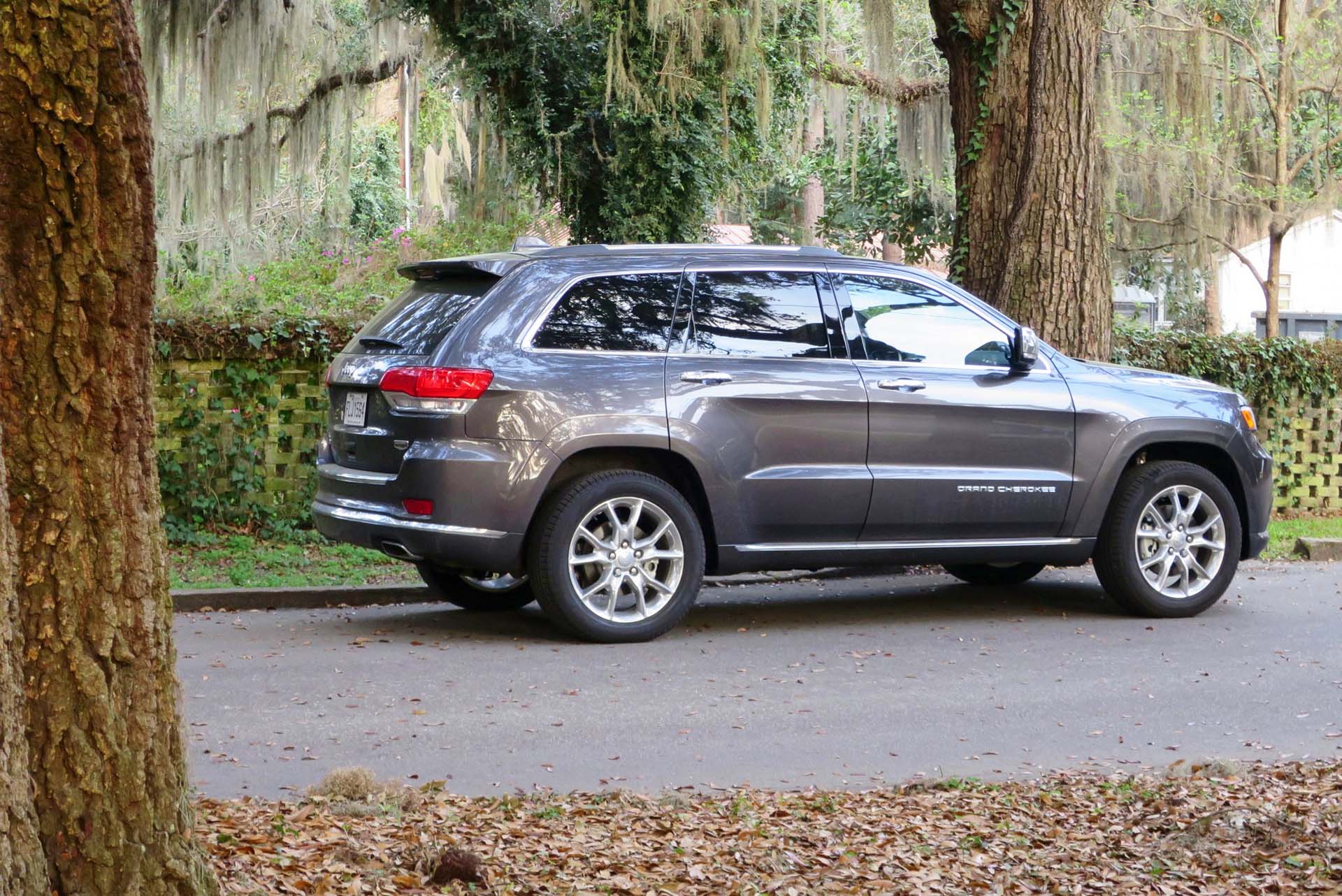 So far, my top picks are all about luxury and/or performance. It wasn’t planned that way; I guess it’s just what I remember. The Jeep Grand Cherokee Summit EcoDiesel may be an outlier, therefore, but it certainly packs in just about every option that you can imagine (it exceeds $70,000 so it’s no budget truck). While it’s no road rocket or slalom contender, that doesn’t mean it’s not high-performance. It’s just that it skews toward utility over sport, with a healthy dose of creature comforts.

For instance, this SUV tows 7,200 pounds, which is not too shabby from a 3.0L V6. It also returns an estimated 8.4 L/100 km on the highway (although we got 7.6 at an average speed of 115 km/h but granted, we weren’t pulling anything). It also, and I know this from experience, is an extreme off-roader should you feel the urge. But the big thing for me is that I drove about 5,000 km in this vehicle over a two-week period and let me tell you, this is a quintessential travelling machine.

It has solidity and presence on the highway. Cars regard it as a truck, and give it room. It looks actually more massive than it is, but it feels totally planted on the road. Cross-winds don’t seem to affect it, surface irregularities are soaked up, it stays pointed where you put it, has piles of room for you, your passengers and all their stuff, and has a great audio system, to boot.

Snarly when you get going, the diesel engine retreats into a reassuring hum on the road. It’s probably a bigger vehicle than I, personally, need, but on a long trip, it’s definitely one I’d want.