Sometimes, big active families need big, activity-ready vehicles: ideally with plenty of space and traction and flexibility, and often, more so than what’s offered in a typical crossover CUV.

Today, we’ve compiled three of our top picks for big families from the used vehicle marketplace with a focus on 4x4 or all-wheel drive (AWD) traction, space to spare, and plenty of flexibility and utility. “Three”-row crossover models weren’t invited to this mashup – and we focused on vehicles that offer even larger and more spacious cabins, and more generous, adult-friendly three-row seating configurations instead.

If you’ll soon be hitting the used market for a high-traction family hauler, be sure to give these three picks a look. 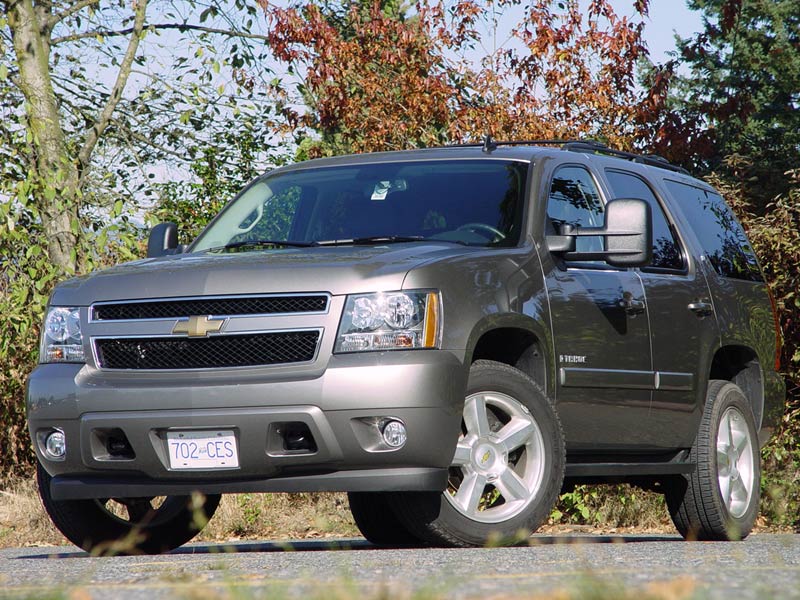 The so-called GMT900 models from GM cover numerous models from numerous brands, which share many under-the-skin characteristics. All of these SUVs ride a tough and durable truck platform, pack appreciable towing capacity, and were built to target shoppers after a full-size, full-function sports-ute with generous towing, hauling and trail-tackling capabilities. The extended-length Suburban and Yukon XL variants added even more space, and room for up to eight occupants. Look for standard V8 power on all models, and four- or all-wheel drive, depending on the unit selected. Family feature content favourites include the remote start system, OnStar, rear-seat entertainment consoles, and available climate-controlled seats.

Shoppers are advised to check the oil condition and level ahead of their purchase, and to confirm that the seller was fond of doing the same. Have a GM dealer use the VIN number to pull up all service records, noting any records that may indicate an oil consumption problem, reported by numerous owners, of units with the 5.3L engine.

Listen for unwanted “clicking” or “clacking” noises from the top of the engine (i.e., the valve lifters), with the hood open and engine idling. Unwanted sounds like these could indicate problems, possibly related to the potential oil consumption issue. Note that this issue seems most likely in 2007 to 2009 models, and only those with the 5.3L V8.

Don’t take the sellers word that the 4x4 system is working properly – check it for yourself by switching between modes, and driving in each one, several times, on the course of your drive. If the system doesn’t engage, or you note any “Service 4x4” warnings, be sure to have a GM mechanic determine why. Note that since the Cadillac Escalade runs an always-on AWD system, no switching is possible.

It’s unclear just how widespread the reported oil consumption issues with the 5.3L engine are, but remember: other engine options are available. The 6.2L V8 engine looks to be a powerful and solid performer, and comes standard in the Escalade too should your budget allow for it. If you opt for a model with the 5.3L monitor its oil consumption weekly, and have any issues documented by a GM service centre immediately – especially if the model is still under warranty.

If service records are unavailable, and especially on higher-mileage units, budget a few extra bucks to have all vital fluids changed – including power steering, brake fluid, differential / transmission fluid, and engine coolant. You can’t over-change fluids, and fresh fluids circulating throughout your new-to-you SUV’s insides can provide a warm and fuzzy feeling, and added peace of mind. 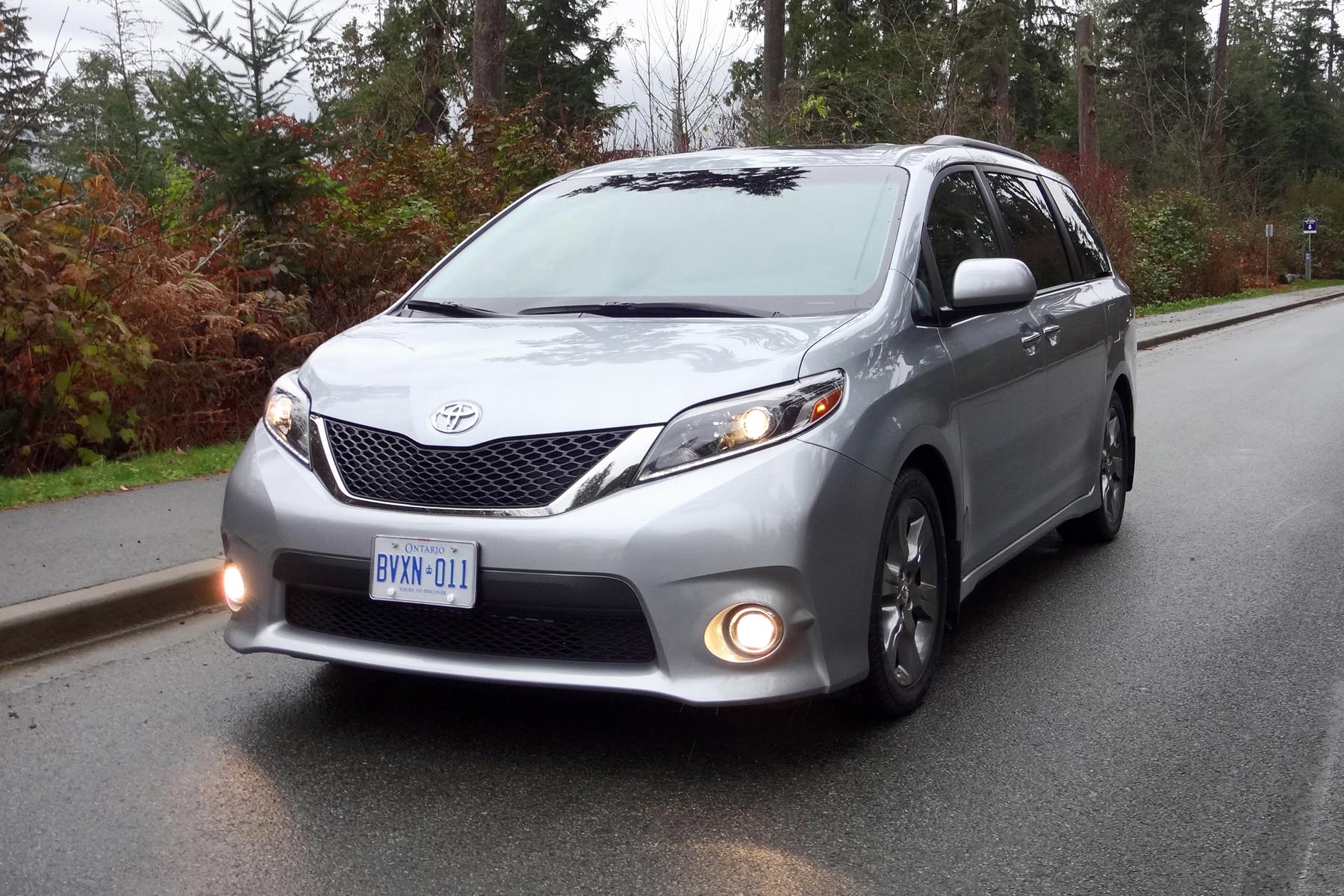 It’s tough to beat a minivan where space-for-the-buck is concerned, and the Toyota Sienna remains the only minivan on the market to offer all-wheel drive, too. Sienna AWD packs heaps of room, top safety scores, proven short and long-term value, and a reputation for reliability. Sliding doors and motorized tailgate add family-friendly convenience, and an on-board 120 volt power outlet is tremendously handy. Best of all, with plenty of headroom, and easily configured seating provisions that flip, fold and disappear, the Sienna can be switched from a seven- or eight-person shuttle to a cargo van, lickety split.

Think accessories. Sienna AWD’s powetrain looks solid and robust, but owners have reported niggling issues with door locks, window switches, remote keyfobs, motorized door and tailgate provisions and the like. Check all of these on your test drive, several times. Further, confirm proper operation of the climate controls in each seating row, confirming that a bad blend door or HVAC system servo isn’t preventing air of the desired temperature from being directed where you’d like it.

Other checks should focus on the cruise control system, and the suspension. Regarding the latter, listen closely for banging, popping or clunking sounds from beneath the Sienna as you travel over rough roads at various speeds.

Finally, be certain to have a mechanic inspect the Sienna AWD’s underside, with an eye for fluid leaks from the AWD system hardware, most notably the transfer case / power take-off unit and rear differential.

Be aware that Sienna AWD has no spare tire, thanks to the AWD system hardware chewing up space beneath its rear floor. A set of run-flat tires are used to compensate, but some owners say this negatively affects ride quality.

Especially on newer Sienna AWD models, software updates relating to the central infotainment / navigation system may be useful in addressing any issues with parasitic battery drain. If the Sienna AWD you choose has any sporadic issues with its electronics, or seems to be losing battery charge, ask your Toyota service advisor if any software updates are available that may help. 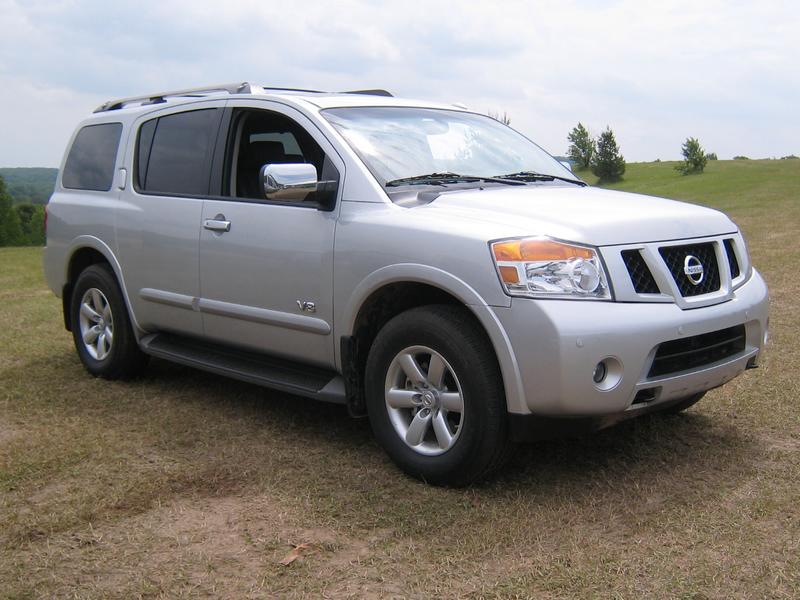 Nissan’s shot at the Tahoe and Yukon was called the Pathfinder Armada – and the last full generation of this long-ran SUV model was available from model years 2004 to 2015. Shoppers get a truck-frame chassis, seating for up to eight occupants, standard power from a Nissan 5.6L Endurance V8 engine, and four-wheel drive. Off-road and towing capabilities are highly rated. Fuel economy is not.

Inside, Armada shoppers enjoy an available motorized third-row seat and plenty of storage for maximum flexibility. This is backed by generous second-row legroom, a full-length overhead console, and 14 cupholders dotted throughout the cabin. Look for a six-disc CD changer, Intelligent Key system and Bluetooth, too.

Here’s another candidate for a full accessories check – focusing on proper operation of the door latches, the tailgate release, and rear-seat climate control system. Try all of the upscale goodies, including push-button start and the central command / infotainment system too, confirming proper functionality. As numerous owners have reported poor durability from the finishes on their Armada models, scrutinize the paint job, especially in vulnerable areas, for signs of excessive damage, peeling or rust.

Unwelcome vibrations at cruising speeds, or a slamming sensation as the Armada comes to rest at a stop-light, could be the result of a bad driveshaft or associated components.

An on-the-hoist inspection by a Nissan technician is highly recommended ahead of your purchase. Ask the tech to check the Armada’s rear axle seals for signs of leaking, especially if the model is running non-factory wheels or oversized tires. Transmission cooling lines and power steering lines should also be inspected for leaks. Note that a loud ticking sound from under the hood could be the result of an unlikely but possible cracked exhaust manifold.

You should probably avoid a Pathfinder Armada model that’s been modified by a past owner, especially with non-factory suspension and wheels / tires. Numerous problems, including leaky axle seals and unwelcome vibrations, have been reported as a result of fairly popular modifications like these. Stick to stock where possible, for maximum peace of mind.

If the Armada you’re considering illuminates a Check Engine light or exhibits any sluggish or sporadic performance, during your test drive or after your purchase, the likely culprit is a bad Engine Control Module (ECM) or drivetrain sensor, and not the mechanical portion of the vehicle driveline itself. Don’t throw money at a check engine light by deciding to replace sensors or parts until it goes out. A check engline light is your invitation to have a mechanic scan the machine’s computer, which will precisely identify the problem.