How Design Rules at Kia

Kia may have originated in Korea, but the lifeblood that fuels the brand’s passion currently flows from Germany.

Since Peter Schreyer became the company’s Chief Design Officer in 2006 and turned design into its foremost influence, Kia’s trajectory has trended steadily upward, culminating in the unexpected launch of the gran turismo-inspired Kia Stinger sport sedan this week at the North American International Auto Show in Detroit.

To enthusiasts, Schreyer hardly requires introduction. Born in the far south of Germany in Bad Reichenhall, Bavaria, he joined Volkswagen Group in 1980 and spent 25 illustrious years influencing Audi and Volkswagen designs that won him multiple awards, including the Design Award of the Federal Republic of Germany and an honorary doctorate from the Royal College of Art. Following his move to Kia in 2006, he was promoted to the role of President in 2012.

From the earliest days in his career, Schreyer has worked within a philosophy that has shaped every project he has touched.

“If you think back to the first cars that I was involved in, you can already see that they set the kind of direction,” he explains. “In the beginning I had this philosophy, the simplicity of the straight line. There is no straight line on a car, but it’s about simplicity and pureness, (like a) snow crystal, very architectural. From project to project, it develops itself further.

“At Kia, still holding on to that same philosophy, we can do a very big variety of different cars for different segments. The Optima and the Soul and the Sportage and now the Stinger, it’s such a wide spectrum that Kia is able to do and still follow the philosophy.”

Schreyer calls the introduction of the Stinger the realization of a dream, a milestone that will be remembered as a turning point for the Kia brand.

“For me, at the moment, this is the most remarkable car that we’ve come out with so far,” he says. “It’s a halo car, but it’s also at the moment – except the K9 or K900 that is very limited to certain markets – to me, the Stinger is the flagship. Even if it’s not maybe the biggest ship we have, it’s a big statement. 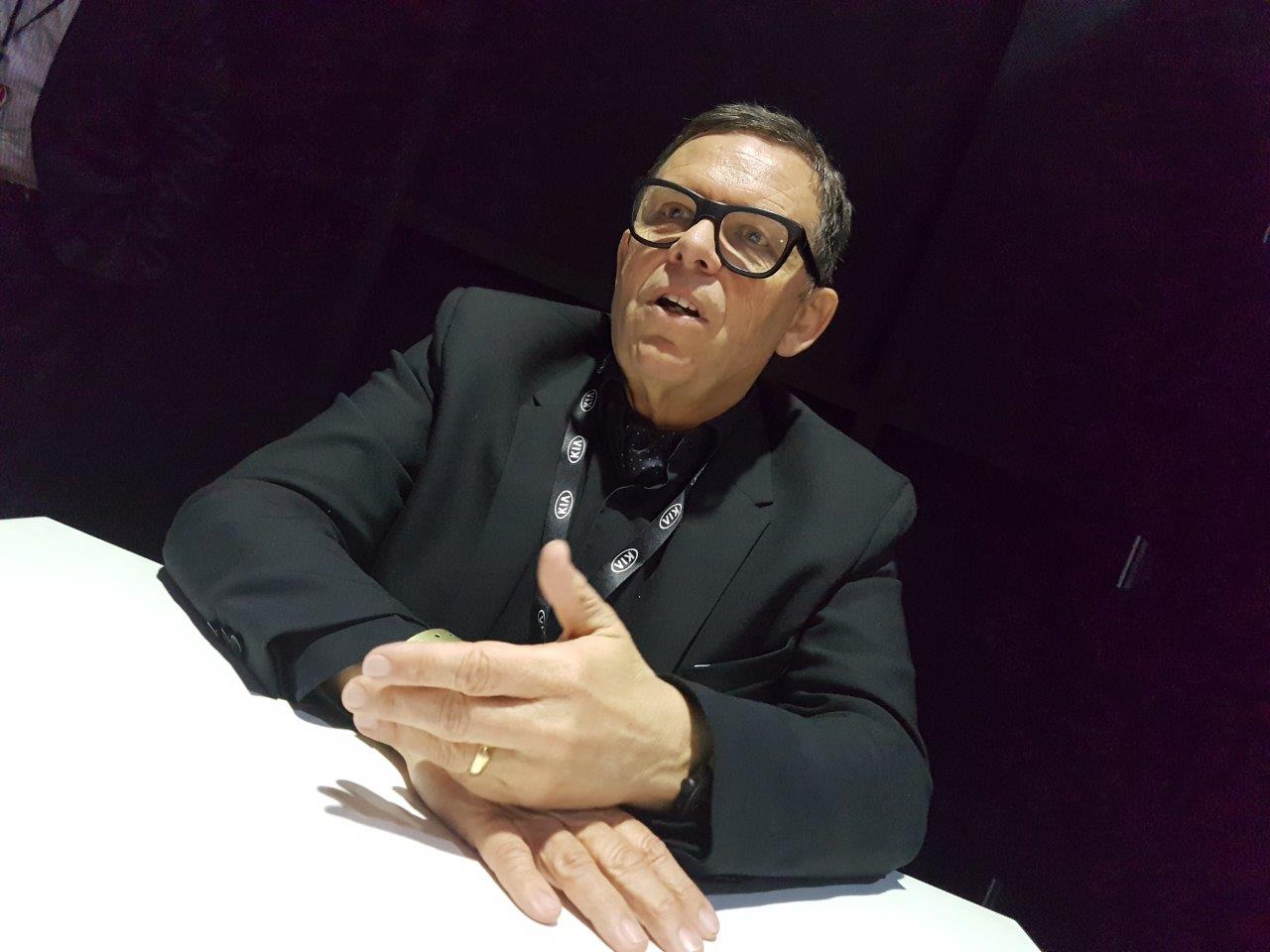 “It adds on a lot to the brand image and brand perception. I think it will pull the image up of Kia altogether for the smaller cars and also show what Kia is capable of doing.”

The influence behind the Stinger is a very European one, which makes sense given that the entirety of the car’s design and performance development was done out of Kia’s studio in Frankfurt. While Schreyer led the styling direction, Kia’s Head of Vehicle Test and High Performance Development, Albert Biermann – who was Vice-President of BMW M until late 2014 – took the lead on vehicle dynamics.

The result is a car born of the ideal of the original concept of gran turismo, a term that influenced every aspect of the Stinger’s development.

“It’s made to be a car for long distances,” Schreyer says. “We were thinking a lot about the original GT cars in the ‘70s. Those cars were meant to be fast – maybe not the most aggressive of all, but you could drive fast and you’d travel in comfort and arrive in style.

“I think (the Stinger is) a modern interpretation of that kind of story, and this is what the car tells me and what I think it should tell the customer. It’s desirable and it invites you to go on such a journey, to drive up the (Pacific Coast Highway) or from Paris to Saint Tropez, through the nice mountain pass route, or whatever.”

To Schreyer, the importance of shifting Kia toward a design-forward focus goes deeper in influencing consumer perception than the mere attractiveness of the cars.

“Kia has made its name as a challenger brand, as a company that has the power to surprise, and as a design-driven brand,” he says. “Design alone can’t do it – it’s the warranty and it’s a combination of things, of course. But I think having a consistent design language throughout the whole product range helped a lot to create brand awareness and to create an image of Kia as being one big brand. Beforehand there were a lot of different cars but you didn’t know who they were. Now, you know who they are. You can tell from a distance.

“I think that’s very important, continuity and consistency, so that every new car is evolutionary progress but still there is so much continuity in there that you get a feeling that you can rely on that brand.”

With the Stinger unveiled to the world, Kia’s job is now to determine how to surprise the world next. There was a lot of talk in Detroit about the GT4 Stinger coupe, a stunner of a concept car that Kia made the rounds with a couple of years ago. Though the new sport sedan has taken on the Stinger name, the GT4 Stinger has little relation to it, and whether it has a future at this stage is unclear.

“Not at this moment so much,” Schreyer says. “We are working on a lot of different projects and possibilities. I would like to leave it open.”

What about a performance SUV, a segment that has skyrocketed in popularity over the past few years?

Schreyer only grins slyly and shrugs.

Seems this upstart brand from Korea has plenty of surprise left in it yet.