Every true driving enthusiast needs to own a Jeep at some point in his or her life. A bold and ridiculous recommendation? Perhaps, but there’s justification for this lunacy.

To be fair, much of the rationale listed here can apply to any rugged, off-road ready beast – but not all of it. There are certain elements of Jeep ownership that are exclusive. Those stickers proclaiming “It’s a Jeep thing, you wouldn’t understand,” are good marketing, but they also hold a lot of truth.

And it’s not just any Jeep that’ll do, either. If a rebadged Fiat 500X (Renegade) is on your wishlist, you’ve missed the point and you’re not likely a driving enthusiast anyway. It’s the raw-dog, Pride of Toledo, trace-its-roots-to-Wartime-Willys Jeep that deserves a place amongst the sexier, high-performance machinery in any enthusiast’s garage.

They feel raw and old school 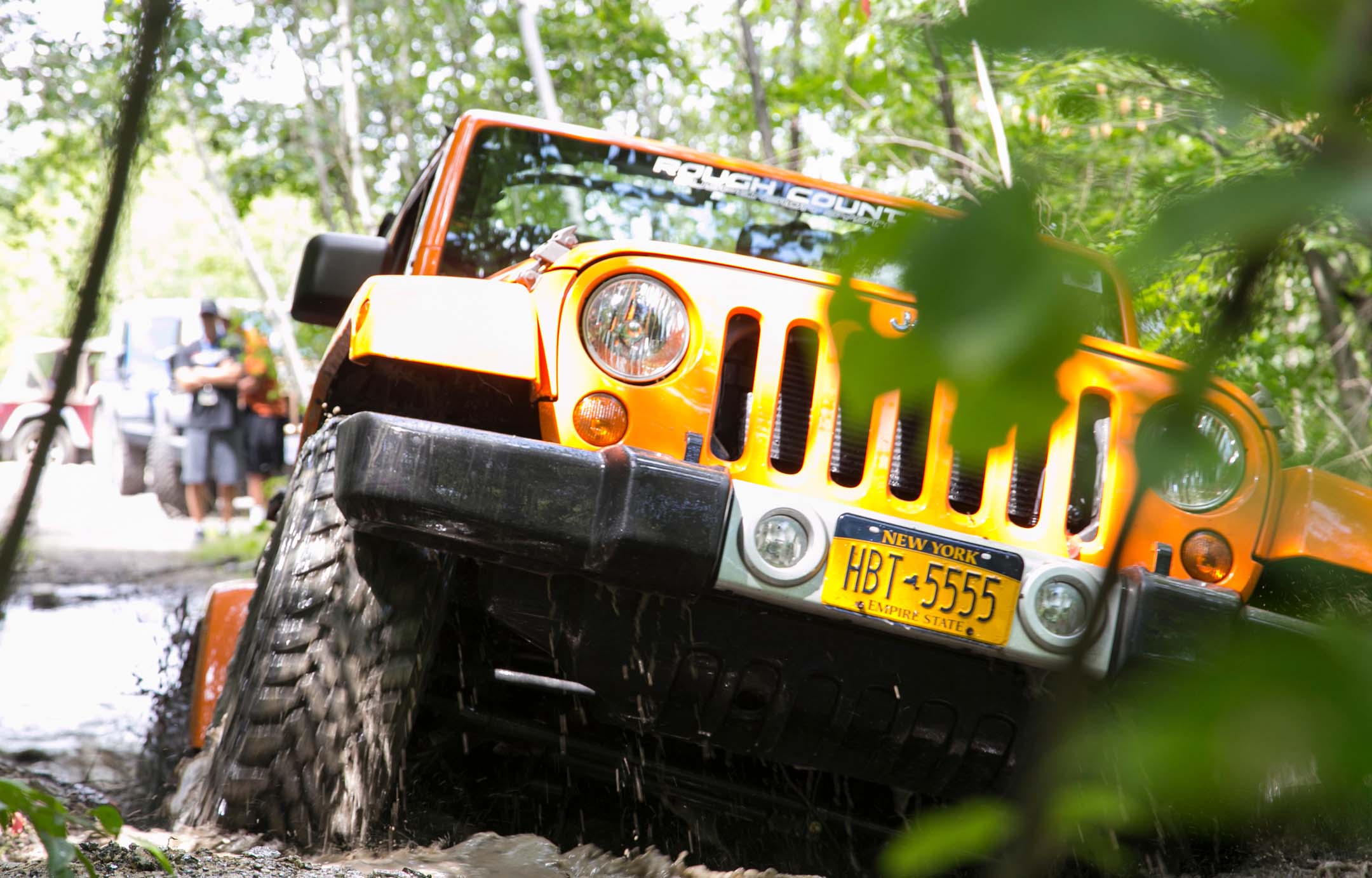 We’re in an increasingly digital era, and nowhere is this more evident than in the motoring realm. Not only are we on the cusp of no longer needing to drive cars ourselves, but even those makers of supposed passion-filled sports machines are so fixated on ultimate performance numbers and Nürburgring times that raw driver’s machines have become nearly extinct. There’s a reason enthusiasts lust after cars like Caterham 7s, Ariel Atoms and old Jaguars. They’re compromised and demand the driver actually be in tune with the machine to get the most out of it.

I recently drove a new all-wheel-drive Porsche 911 on the track – a car I adore – and was astonished at how much of a superhero that car made me feel. I was legitimately fast around the tight and twisty course, despite not being that good of a driver. The car does so much of the work that I found even using the paddle shifters on the steering wheel a redundancy – never mind even rowing my own gears. 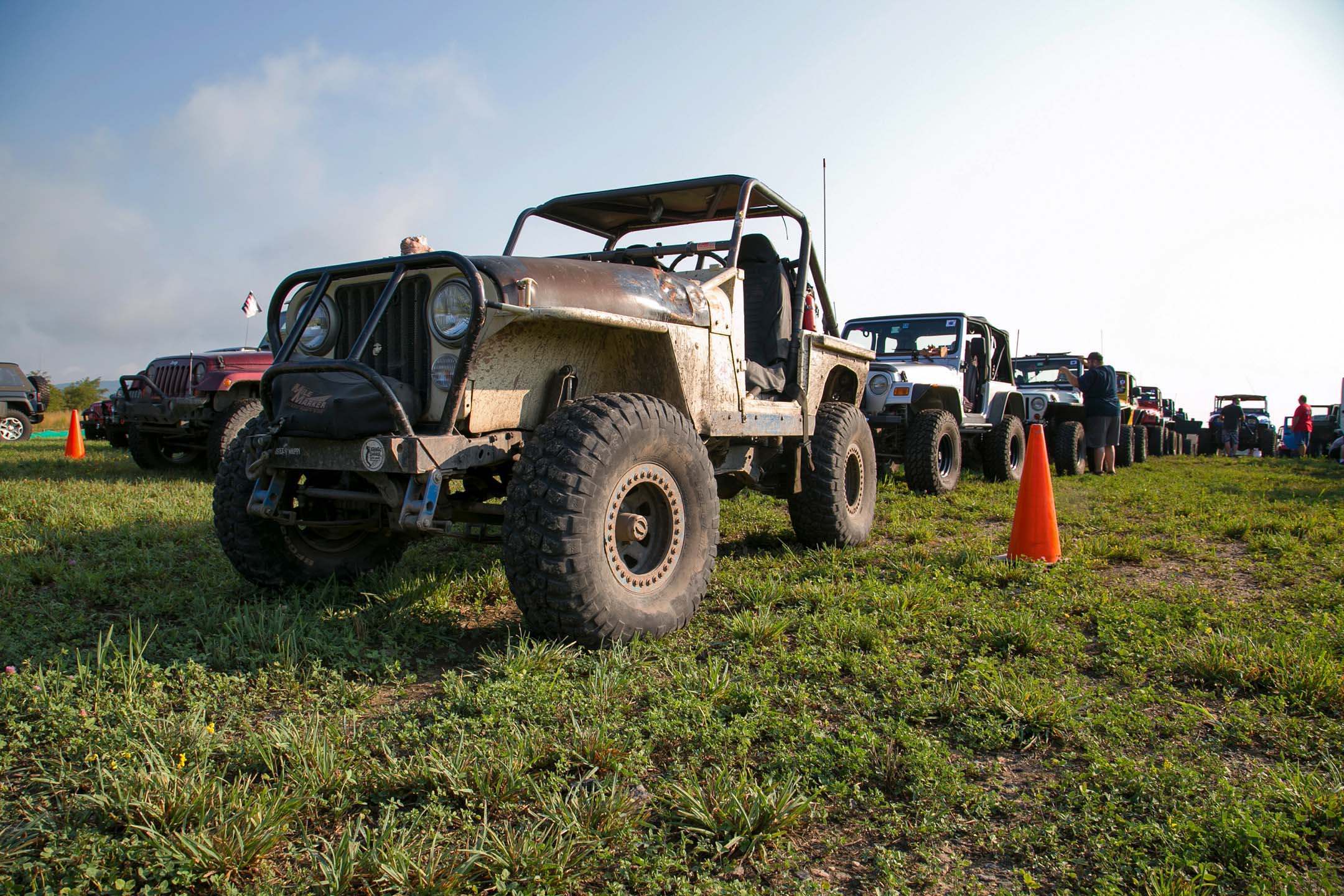 By contrast, even a brand new, family-ready Jeep Wrangler Unlimited, has an analogue rawness to it that’s missing from virtually everything else on (or off) the road. And it can be felt every time you drive it, plus you can still order it with a proper manual transmission. It’s true, they’re relatively noisy and bumpy and thirsty for fuel, but it’s an engaging experience.

Modern Wranglers are much more compliant now than in earlier generations anyway. They still use a slow, recirculating-ball steering set-up and a pair of solid live axles to make directional changes, and on pavement, the Jeep can feel squirmy and downright unhappy. True, it’s not exactly the hardware sports-car folks are used to celebrating, but the first time you bounce the Wrangler down a rocky trail in the middle of nowhere, the fact that it feels like it’s made from recycled bridge girders becomes a very good thing.

Where typical sports cars can get a driver around town, down the highway or lapping a road course, the Jeep can get you places unavailable to most other cars. A Jeep encourages you to get out, see stuff and maybe even get a little dirty, just as any good off-road vehicle should.

They require drivers to actually drive 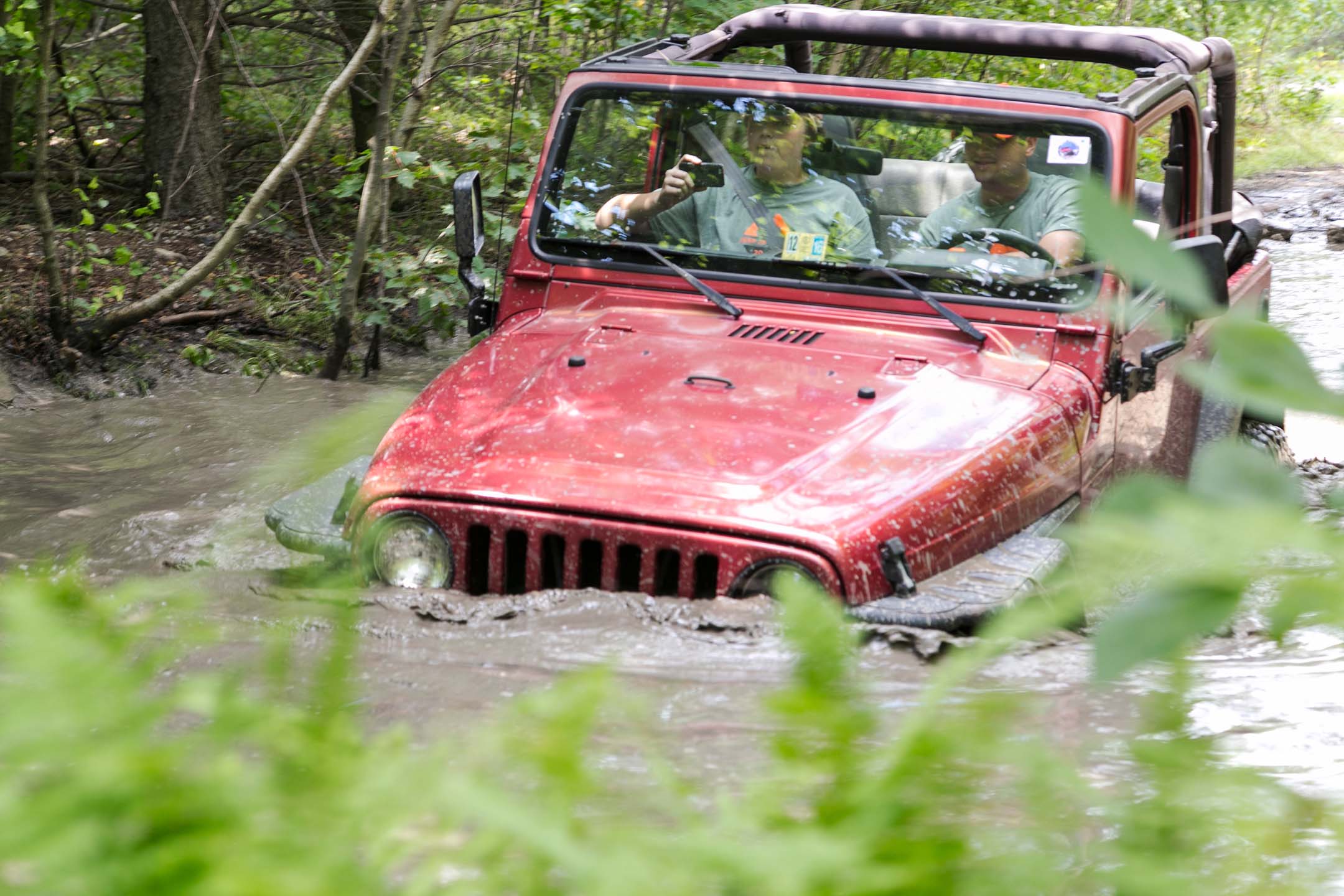 Off-road driving is not just about pounding through the wilderness with all the grace of the Hulk having a smashing fit. Many of the skills required for success on a race track, are transferrable here too. Climbing around off-road trails often requires a driver to be smooth and methodical with steering, throttle and braking. Vehicle placement, looking ahead and managing speed are as important off-road as they are when you’re slicing around a paved track in a nimble street car. Either way, you still need to know – and drive – your machine.

Anyone who’s loved the thrill of track driving has cherished those moments when control is nearly lost, only to have divine intervention (or luck) save the car or bike (and your skin) coming out the other side of the corner. The adrenaline courses through the body, heart pounding and palms sweating. It’s the stuff driving enthusiasts live for.

There are plenty of heart-pounding pucker moments to be had even at low speed in a Jeep, too. With water coming up over the top of the hood, any driver is bound to second-guess the line they’ve chosen through a stream. Or the worry if that passenger side is actually far enough away from the edge to avoid rolling down a cliff? It’s all plenty exhilarating, just at a different speed.

They slow you down 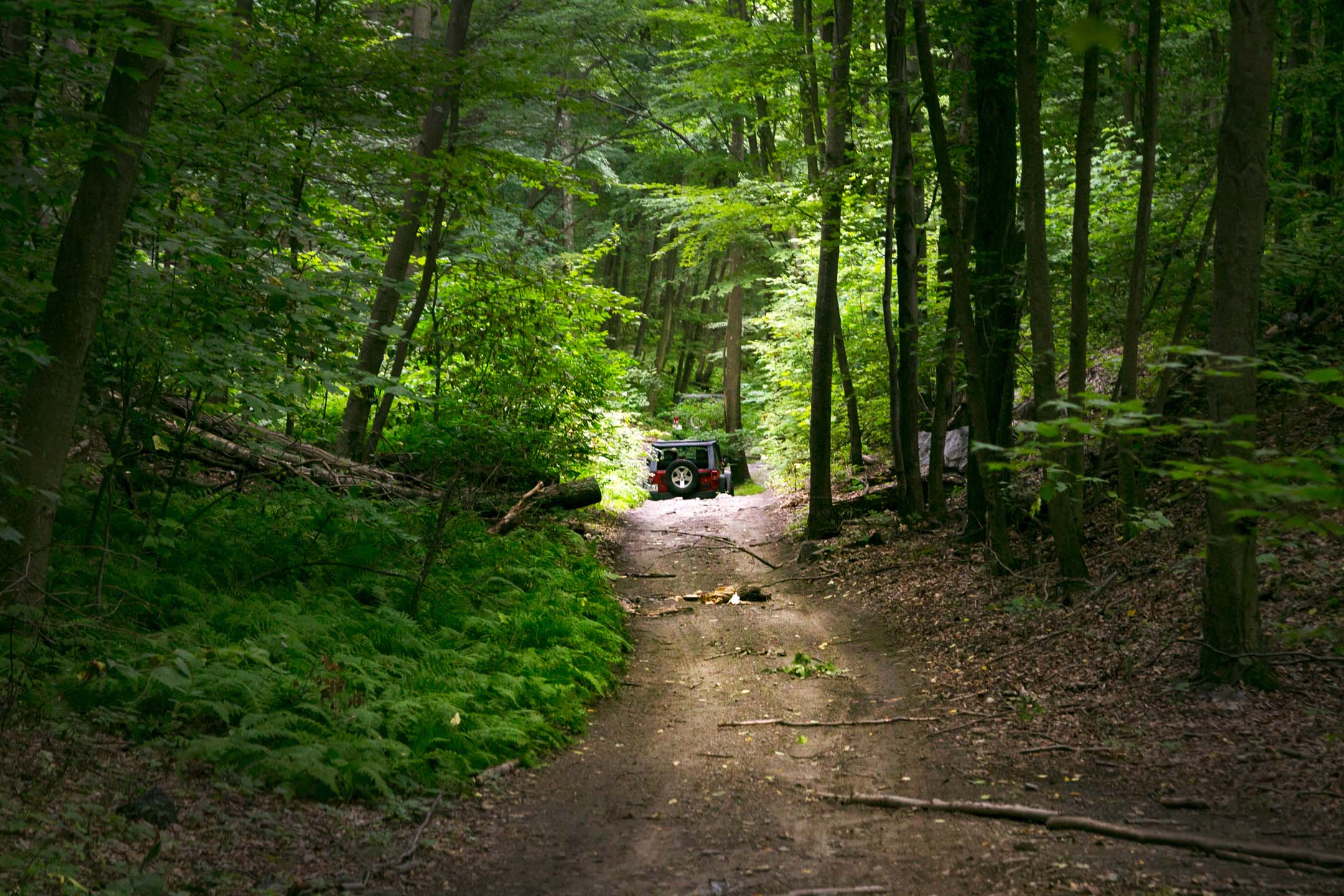 As a modern urbanite, life is so fast-paced and busy, that being forced to slow down isn’t necessarily a bad thing. Driving an older Jeep does that: it forces you to slow down your motoring. Modern Wranglers with their 285 hp Pentastar V6s are no slouch in the power department, but they’re still no dragstrip or road course hero. And for those of us living in speed-oppressive jurisdictions, a reduction of pace can do your license a favour.

They make you a part of the family 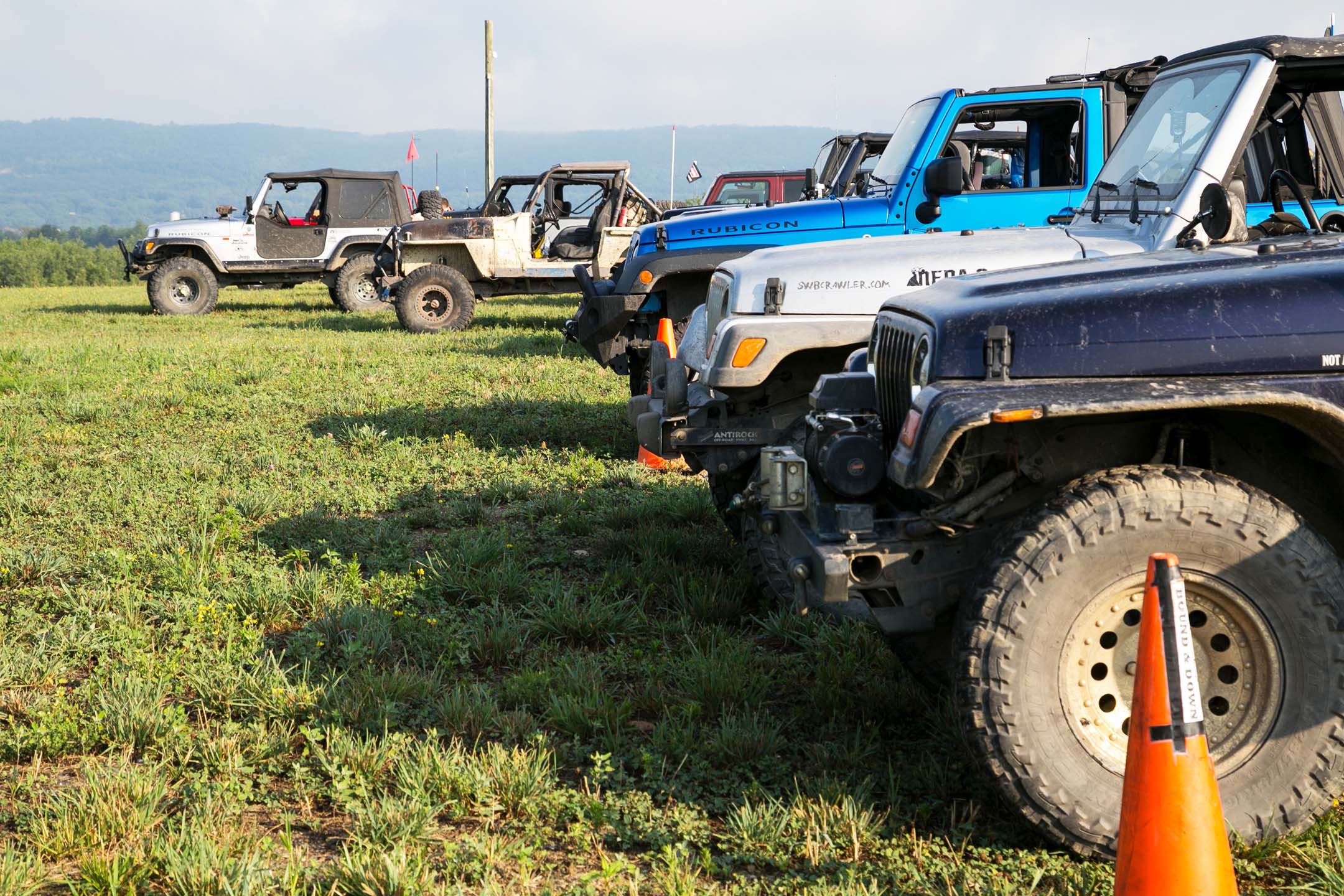 The aforementioned points all relate equally to any pick-up or SUV set up to do some off-roading. A Jeep, though, makes its owner a part of an exclusive club. Driving a Wrangler, I’m constantly waving to other Jeep drivers, but never is the familial embrace stronger than at a Jeep Jamboree. There hundreds of fellow Jeepers come together with models of varying vintages and states of modification or disrepair, to collectively enjoy what Jeeps do best – tackle the wild trails. It’s a gender-less and ageless event that truly appeals to folks from all walks of life. This past summer I saw tattooed lumberjack types chowing down on our picnic stops, elbow-to-elbow with families with kids and retirees, all sharing in the single passion of Jeep ownership.

The online universe is full of retailers selling Jeep parts, clothing, toys and anything else Jeep-related. There are Jeep memes and websites dedicated to all sorts of Jeep-loving people. It feels great to belong to such a strong and vocal group. 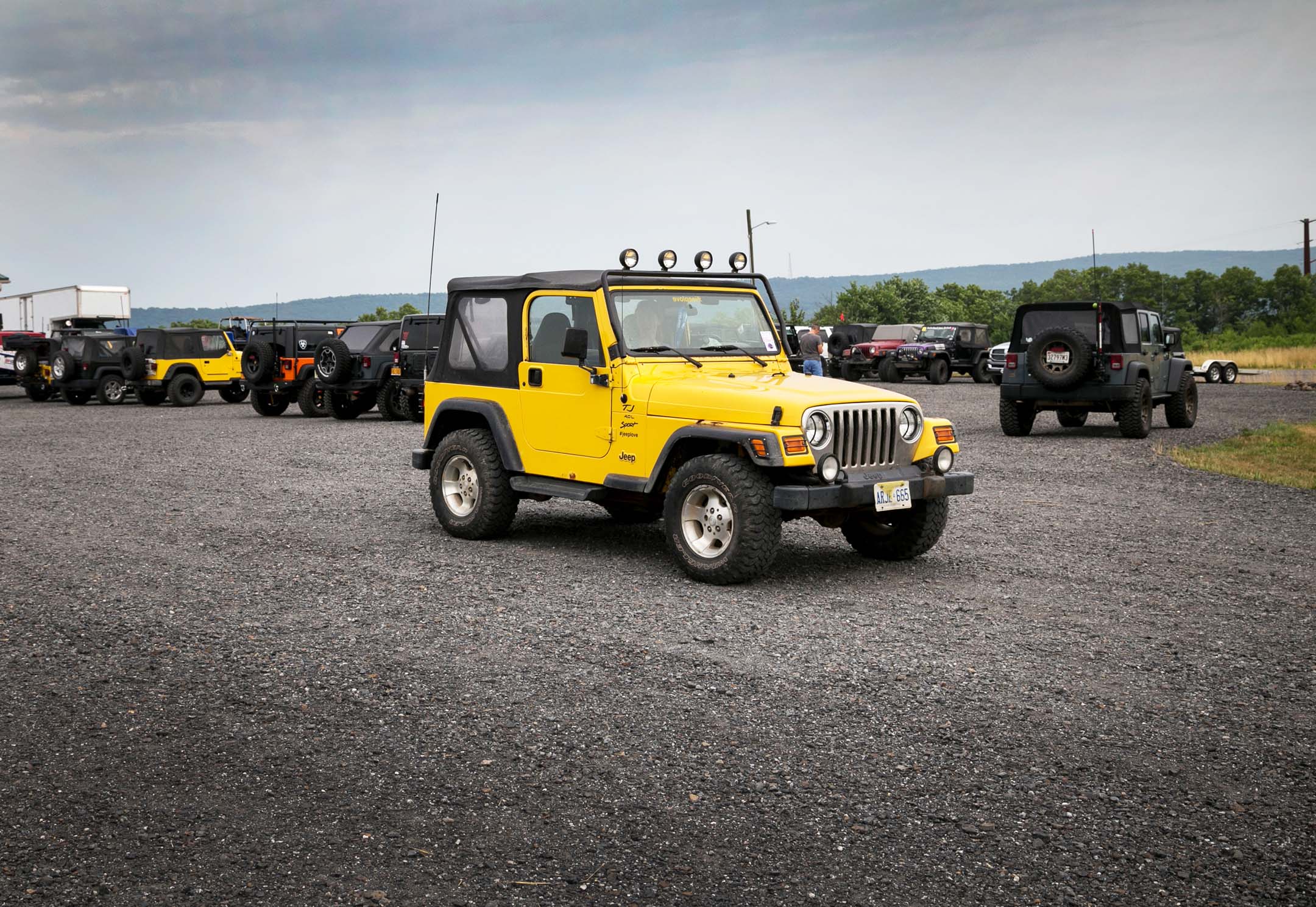 Having a garage full of motorized toys is a dream for many of us, but seasonal impracticality (and cost) usually prevents that dream from being fulfilled. My beloved motorcycle spends the winter covered up like a sedated hospital patient while I long for snow-and-salt-free roads. A Jeep, however, is as much fun in January as it is in June. During a particularly nasty snow storm a few years ago, I watched a new Jeep owner play good Samaritan around the neighbourhood, gleefully pulling out fellow motorists in less-capable machinery, stuck solidly in the snow. And left in RWD, those torquey, short-wheelbase Jeeps can do wild donuts all day long.

When the sun comes out, the Jeep gives its owners all the fun of playing with a giant Lego set, enabling the removal of not only roof panels, but doors and even folding the windshield down for a true bugs-in-the-teeth driving experience. There is something truly freeing about driving around in a vehicle that you could literally fall out of if you weren’t fastened in. (Just don’t look up the crash safety ratings for a door-less Jeep).

Jeep ownership isn’t for everyone, but they are a truly unique offering in the automotive realm – one that enables and encourages adventure if its owner chooses to seek them out. They’re inefficient, sometimes uncomfortable and have had less-than-stellar quality control ratings in the past, and yet they can take a rock pounding unlike anything else. Ultimately, a Jeep is fun and that’s what any good enthusiast vehicle should be, and why we should all strive to park one in the garage at some point.