This week we've gone even older

Our autoTRADER.ca Find of the Week last week was a Cadillac Allanté that we thought was the oldest new car for sale in the country. In the Facebook comments from that article, a few of you found some cars that were a little bit older. One of those cars in particular caught our attention. It was a 1990 Toyota Supra, sitting at Country Hills Toyota in Calgary. That Supra has been sitting there long enough to see seven Alberta Premiers, six Prime Ministers, two Blue Jays World Series Championships, seven Canadian Olympic hockey gold medals, and the rise and fall of the Saturn brand. 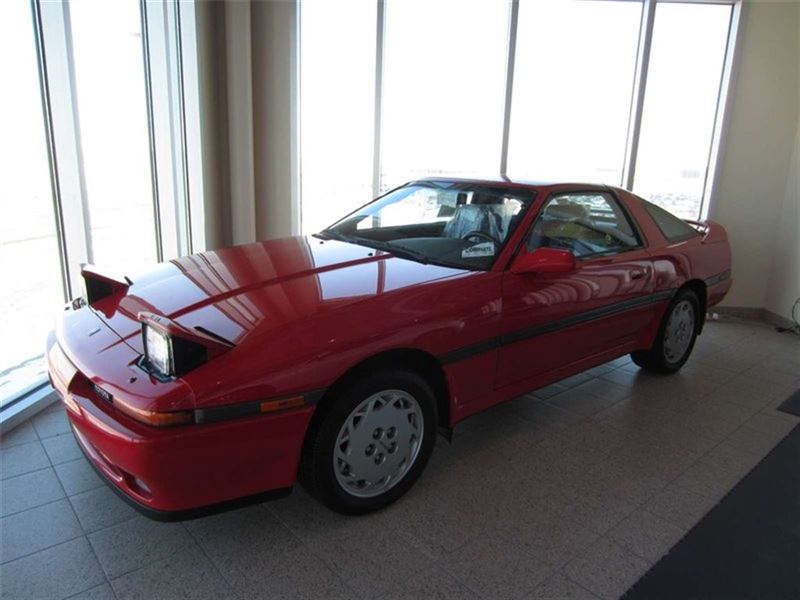 In all that time, this third-generation Supra has only seen 93 km added to the odometer. There is still plastic on the interior, and it still has the original Goodyear Gatorback tires. It probably even still has some of the original Japanese gasoline in the tank, but surprisingly enough this car isn't quite brand-new. 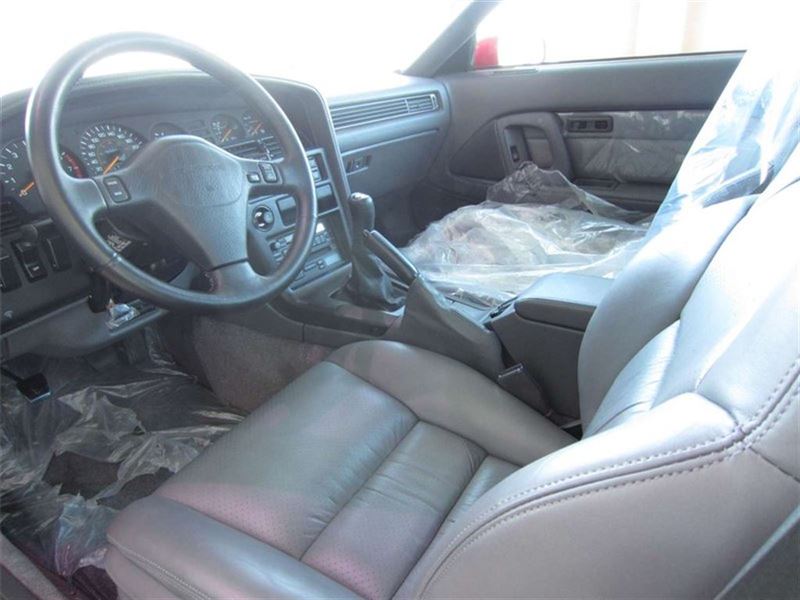 This car was originally purchased by a man from Cochrane, Alberta, who had it towed to his garage so he could drive it. Circumstances changed for the original owner, and he was only able to drive it once or twice before having to part ways with the car. The owner of Country Hills Toyota found out about the sale and brought the car to Calgary. Rather than take it out for some... enthusiastic driving, the car was serviced and placed in the showroom. Since then the car has been serviced by dealer technicians, including having the engine started and warmed up occasionally, but the wheels haven't turned in anger since 1990. 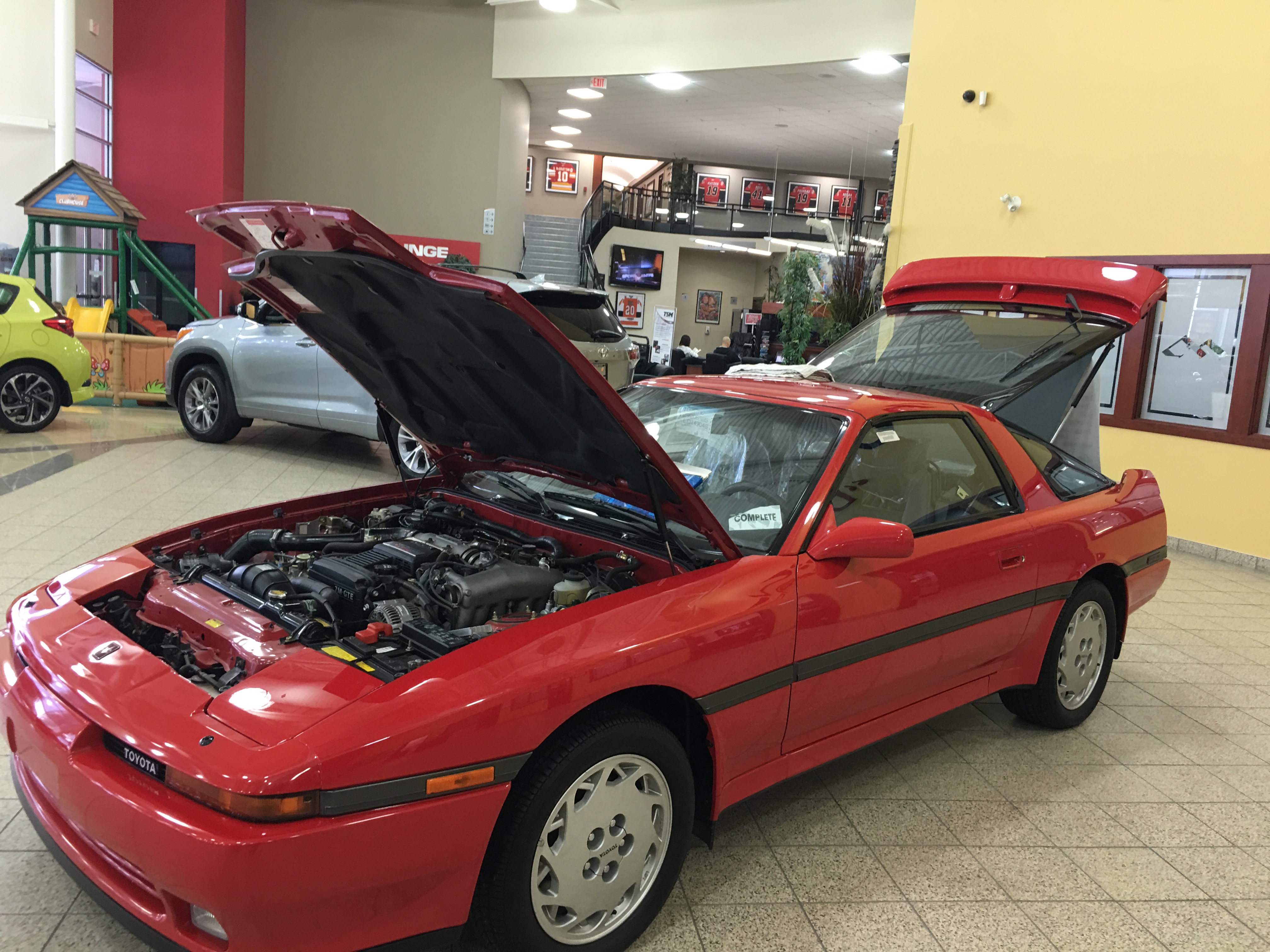 The third-generation Toyota Supra was introduced in the winter of 1986. It was an all-new design and it marked the separation of the Supra from the Celica. The first two Supras were both based on Celica models, so were named Celica Supra by Toyota, but this car would stand alone. The new car had a more stylish body with slightly bulging flares and lots of ’80s angles and straight lines. It was on a new platform, and underneath was double-wishbone suspension with aluminium arms. Under the hood was a 3.0L inline six-cylinder engine. The new car was well-received, but it was also heavy, which meant that despite excellent handling prowess the new car was ultimately slower than peers like the Porsche 944 and Mazda RX-7. For 1987, Toyota firmly solved that issue by adding a turbocharger to the engine, boosting power to 230 hp. That number would be boosted further in subsequent years giving this 1990 car 232 hp and 246 lb-ft of torque from the 7M-GTE engine. 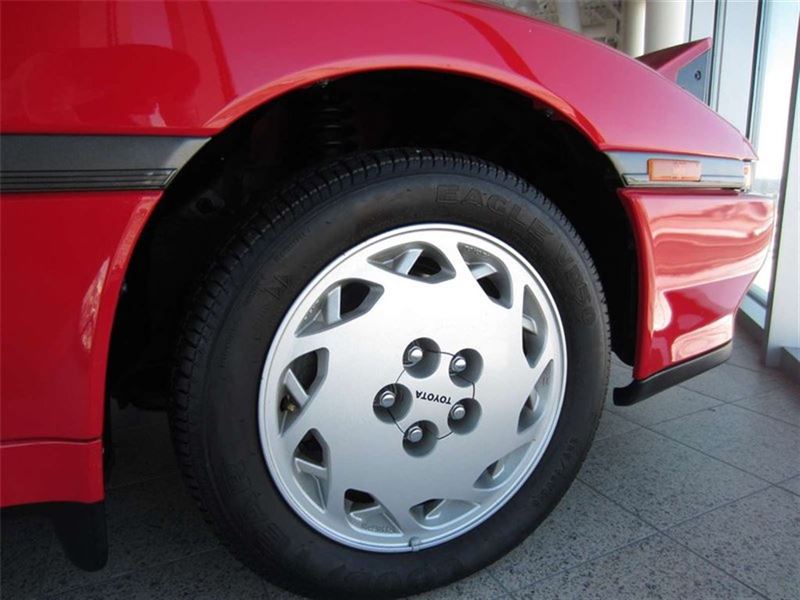 This Supra is equipped with a five-speed manual transmission. Being a Turbo, it gets a limited-slip rear differential as well. This car is fitted with the optional leather interior and has the removable targa panel roof. The red paint has probably been polished more than any other car around, but it still looks like new (because it is). Same goes for the grey interior, not many 27-year-old cars have dashboard plastic that looks this good. It even has a CD player, which wasn’t exactly common in 1990. 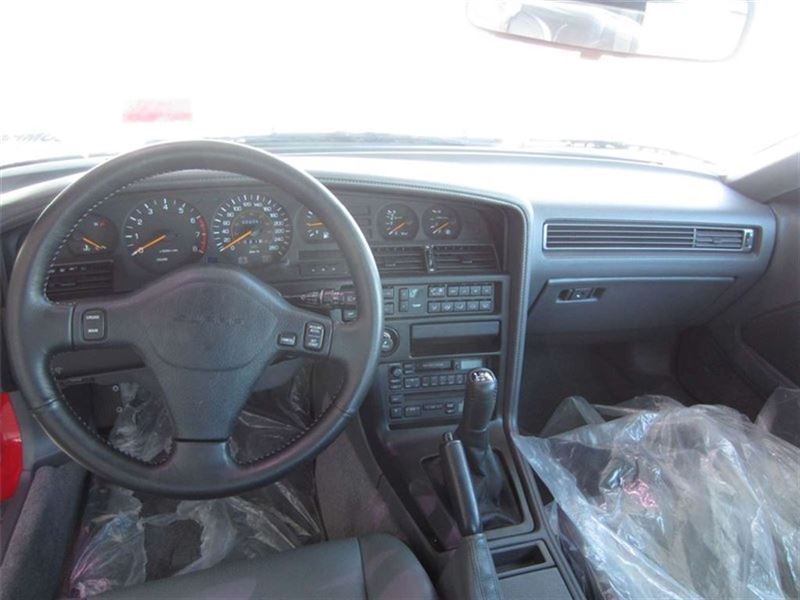 So if you’re interested in what might just be the newest 1990 Toyota Supra Turbo in the world, then take a look at this week’s autoTRADER.ca Find of the Week. We're even giving you a link to a short film that the dealer made about this car. If you want to see the car in person, we don’t think Country Hills Toyota will mind a visit.