Fiat Chops Prices on 500 in US, Raises Them in Canada Fiat has dropped prices on the 2017 500 hatchback in the US by a significant margin while adding the features of the outgoing middle trim to the base model. In Canada, however, the equipment level hasn't changed, but prices have increased. The big reversal makes the formerly premium-priced Fiat 500 Pop one of the lowest-priced small cars in the US, yet it remains amongst the priciest subcompacts in Canada.

An FCA Canada spokesperson responded to the price differences by asserting that "we price our vehicles to be competitive in the Canadian market." So we did a quick comparison then of how Canadian 500 models compete here compared to how its US counterparts compete.

At US$14,995, the 500 Pop is $195 cheaper than the Ford Fiesta SE, $2,535 cheaper than the Chevrolet Sonic LT hatch, and a whopping $3,005 cheaper than the Honda Fit EX. Jumping up to the loaded Lounge trim is just $395 more than that Fit, with more equipment and (arguably) style than the Fit offers, and even the turbocharged Abarth squeezes in under 20 grand at US$19,995. The Abarth is $1,145 less than the Fiesta ST. Those are very competitive prices. 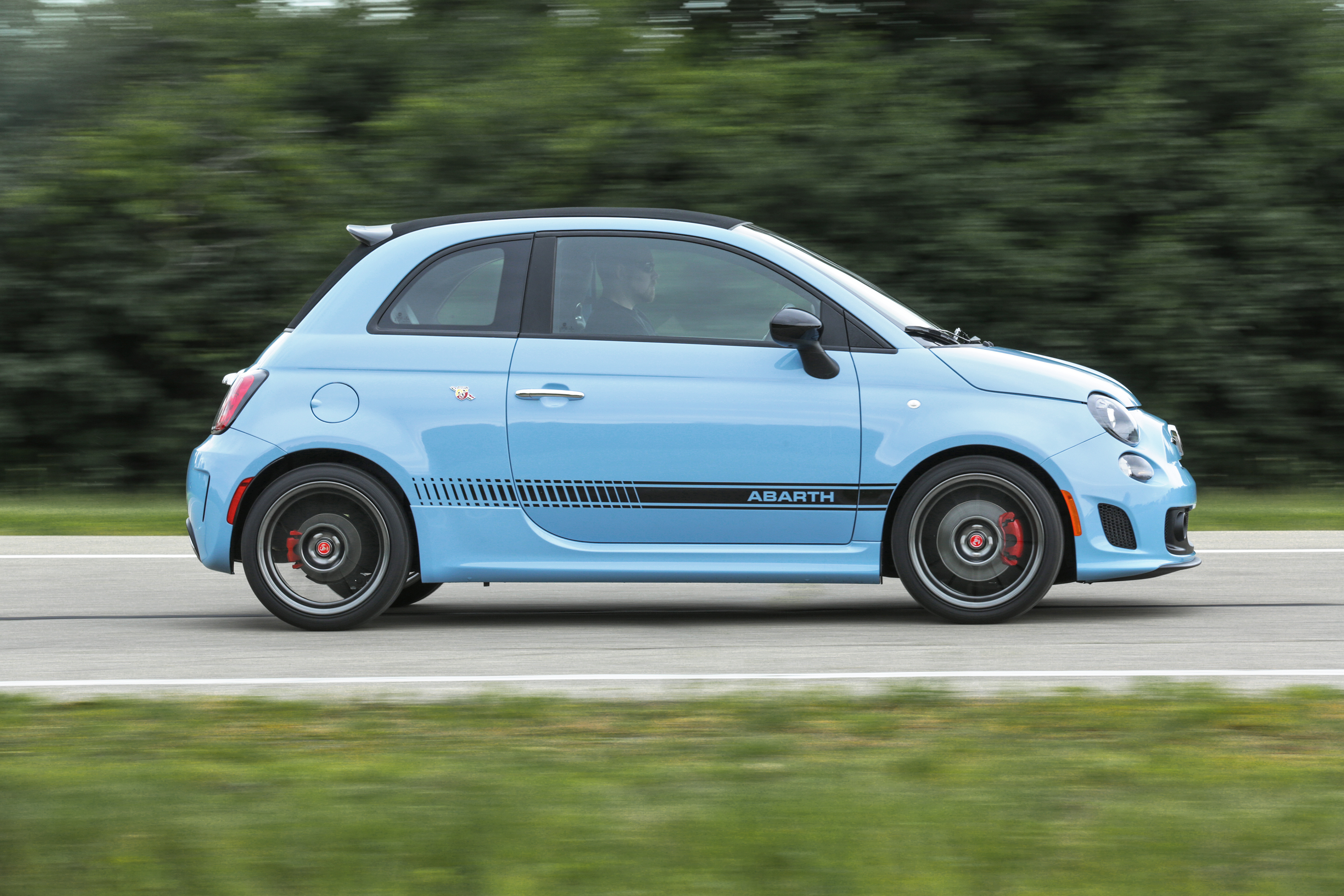 In Canada, it's a different story. Here a  Fiat 500 Pop now starts at $19,245 Canadian for 2017. But it doesn't get alloys like in the US, just plastic covers. It's also missing the 7.0-inch colour instrument display, upgraded seating, and premium audio system. Instead of being significantly less than the competition, the 500 is now $1,300 more than Sonic, $757 more than Fiesta, and just $405 under the Fit. A big change from south of the border.

How is the Canadian subcompact competition priced? Without getting mired in currency conversions, the Fiesta SE is C$3,298 more in Canada than its US counterpart. But from there it gets much closer. The Fit EX is only $1,650 more here. The Sonic LT is only $415 more here. The Fiat 500 Pop is now $4,250 more in Canada than in the US, while being significantly less well equipped. It's a larger gap than any other small car.

With Fiat Canada holding the line on pricing, you might assume that the model is performing better in Canada than in the US. Sales in both countries dropped significantly last year. In the US they dropped 36 percent, but in Canada, the sales drop was a massive 66 percent. Even with our small-car-friendly market, the 500 sells far better in the US than Canada. The 500 has 0.22 percent of the total US car market versus 0.15 percent here.

So why is the Fiat 500 a bargain in the US and still premium priced in Canada? We're not entirely sure, but Fiat might want to take a look at that pricing if they want to push sales above the 1,010 units they moved here last year.