Evolution of the Land Rover Discovery Rugged capability, and a history to match
Advertisement

Rugged capability, and a history to match

After over a decade of wandering through the proverbial desert, the Land Rover Discovery is back again as a 2018 model. Although the Discovery name never died outside of North America, Canadians have gotten used to calling it by its LR moniker, with the LR4 the most recent edition of the full-size luxury SUV to have been offered on this side of the Atlantic.

The Discovery has played an important role in broadening Land Rover’s customer base without sacrificing any of the off-road acumen or high-end image that the brand was known for. It also gave the British builder a more reasonably priced entry point for buyers who might not be willing or able to pony up for the more expensive Range Rover model.

Let’s take a look at the evolution of the Land Rover Discovery over the years and see what’s changed, and what hasn’t, about one of the most popular SUVs in the company’s line-up. 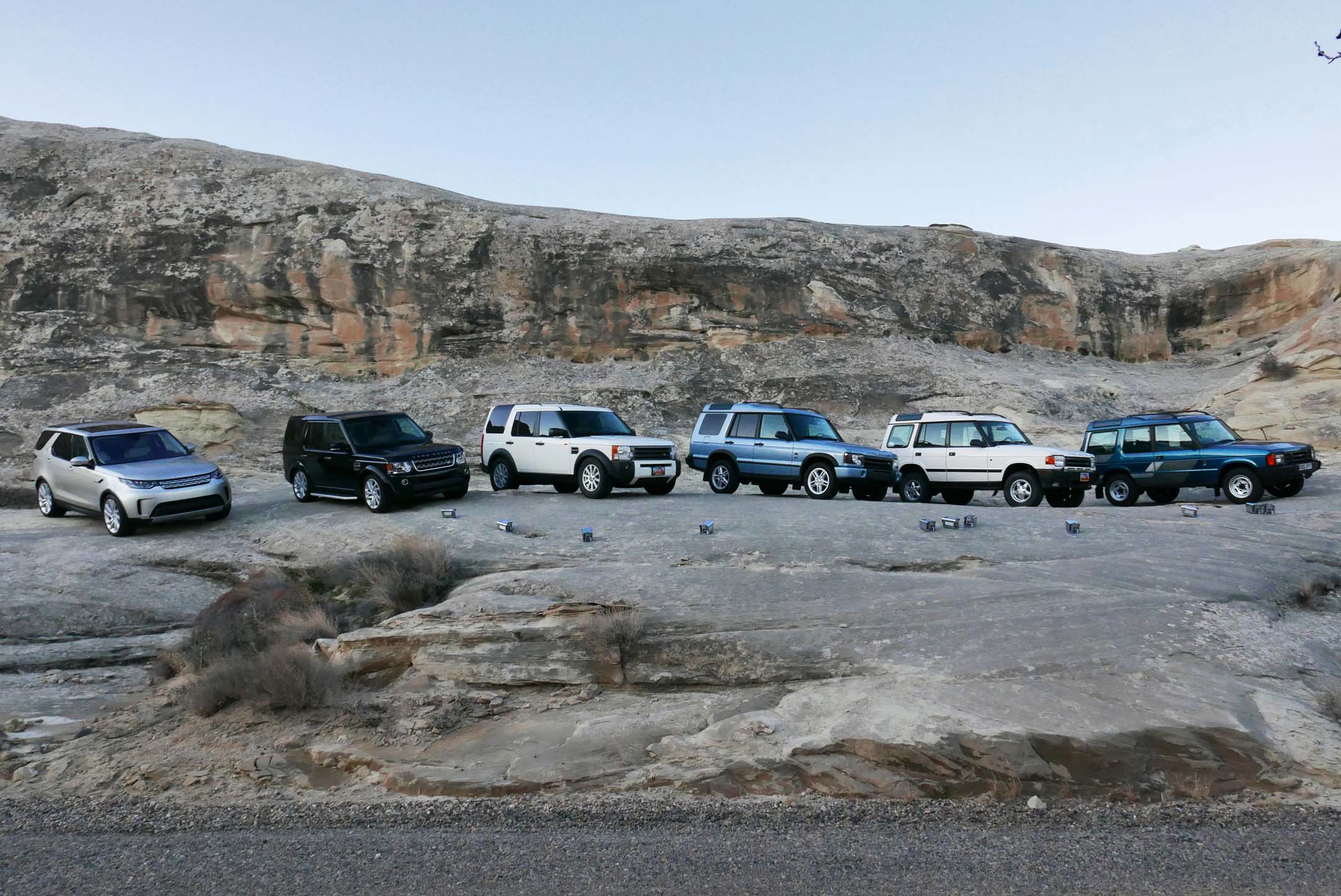 The Discovery can trace its heritage back to a decision in the mid-1980s by brand bosses to repurpose the Range Rover platform for use by an otherwise new SUV. The goal was to be more competitive with the affordable sport-utility options that were starting to crowd global markets – especially Africa, which was being flooded by inexpensive Japanese imports eating Land Rover’s share of the pie.

After a rapid, three-year development push, the two-door Discovery debuted in 1989 as a 1990 model, followed closely by a four-door model the year after. Importantly, each would also offer the choice of two additional seats crammed into the cargo area – a design decision that would give the Discovery the seven-passenger capacity that would become one of its defining features moving forward. 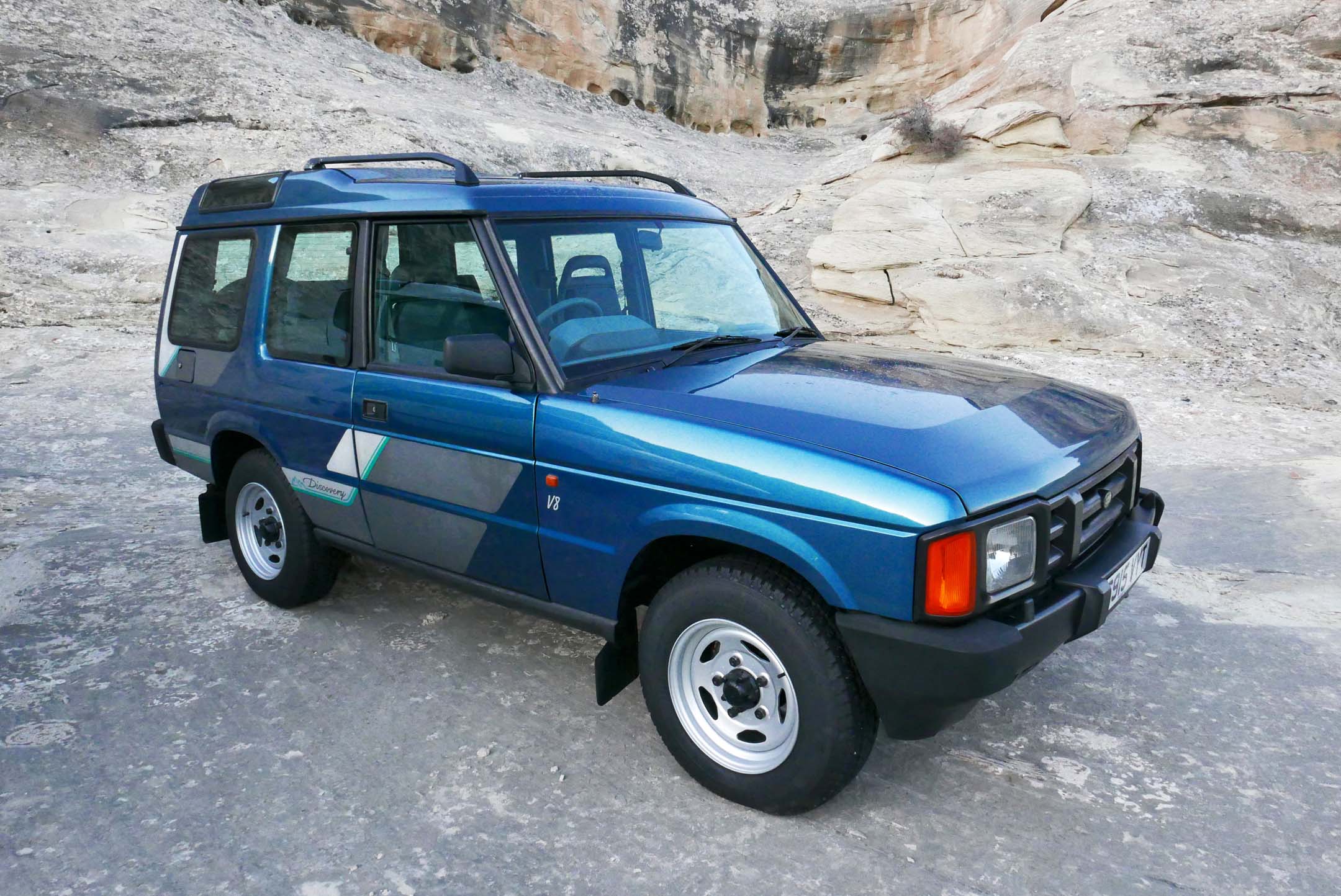 The extra row of accommodations (or should we say, fold-down cushions) would also add to the Land Rover Discovery’s unique visual flair, which was drawn from its graduated roofline. Intended to offer more light (via removable glass panels) and more headroom for rear-seat riders, it stood in stark contrast to the flat-roof styling afforded the Range Rover and Land Rover 90 and 110 models. An exterior spare tire was affixed to the tailgate, further distancing the Discovery.

These changes made it easier to overlook Land Rover’s strategy of saving money in other areas by borrowing liberally from corporate overlord Rover Group’s parts bin for switchgear, panels, and other components. Costs were also kept to a minimum by including barely any standard equipment in the home market, with even items such as power windows found on the options sheet.

One thing that didn’t change with the introduction of the Discovery versus the Range Rover was the inclusion of full-time four-wheel drive with low-range gearing. It was also easy enough to keep the brand’s carbureted, sub-150 horsepower 3.5-liter gas-powered V8 in the mix, given the platform’s Range Rover underpinnings, while cost concerns saw the nixing of the (problematic) four-wheel air suspension offered by the pricier model. A four-cylinder diesel engine and a choice between a four-speed automatic (eventually) or five-speed manual transmission were also part of the global Discovery package, as was a brief dalliance with a four-cylinder gas engine. 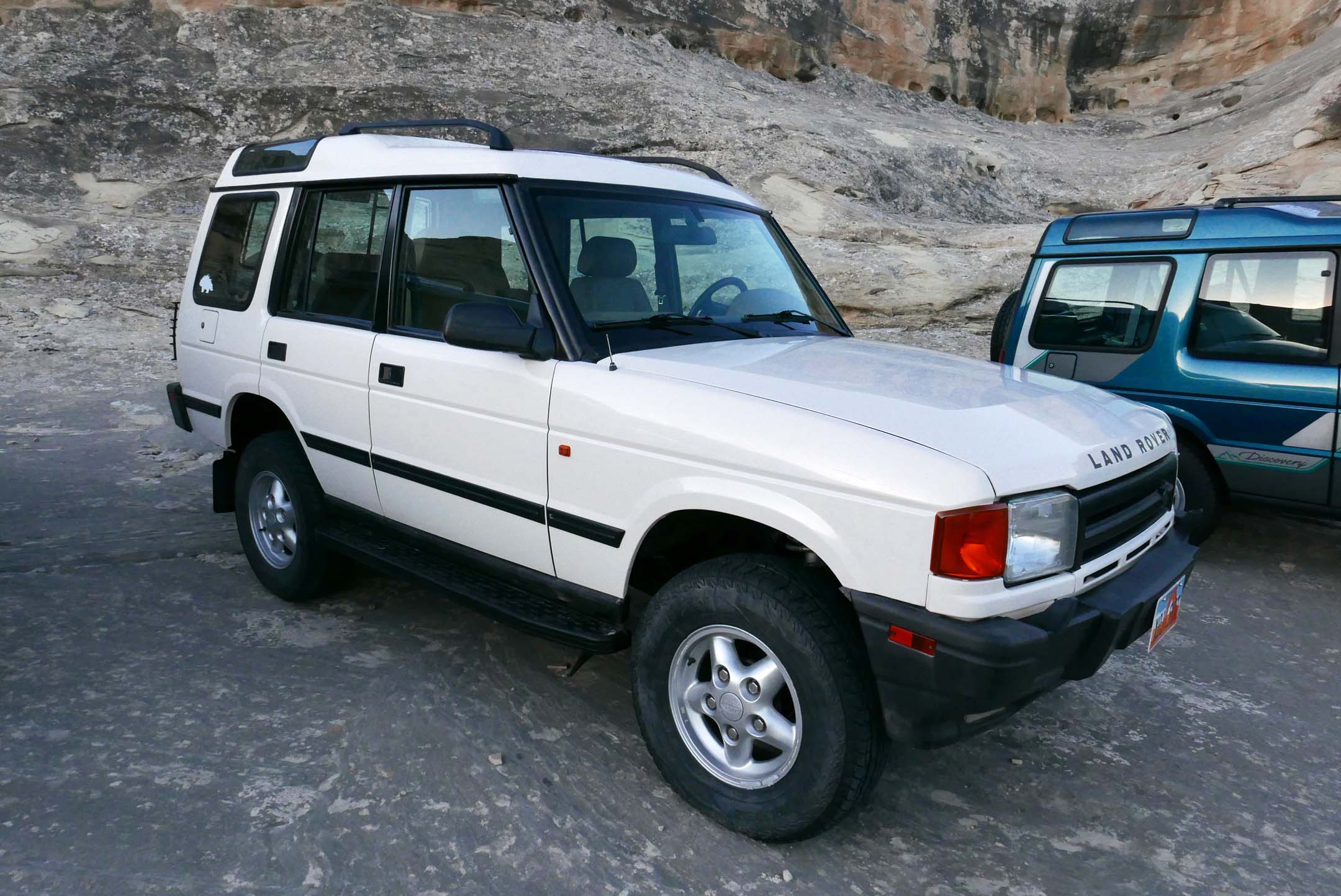 By 1990 the Discovery’s V8 had received an upgrade to fuel injection, and a more street-friendly handling package was offered in 1993, but it wasn’t until 1994 that a comprehensive set of updates hit the SUV (changing its name to the “Discovery 2” depending on where it was marketed). This version of the truck also boosted performance by way of the Range Rover’s 3.9-liter V8 offering roughly 190 horsepower, along with an improved diesel option for fuel-conscious buyers and a fresh take on the gas four-cylinder concept with the Discovery Mpi’s 2.0-liter engine.

Land Rover targeted 1994 for bringing the Discovery to the US (with Canada following shortly thereafter), which meant fitting airbags as well as making changes to headlights, tail lights, and restyling the front fascia. The Discovery also lost its lift-out sunroof option, going the more traditional tilt route. The V8 was the sole engine option, with another revised diesel – the 300 TDi – offered almost everywhere else, and a new five-speed transmission was also in the cards. At this point, it was possible to buy a Discovery in one country, and a Discovery 2 in another, with the vehicles being otherwise identical, causing no end of confusion for the brand. 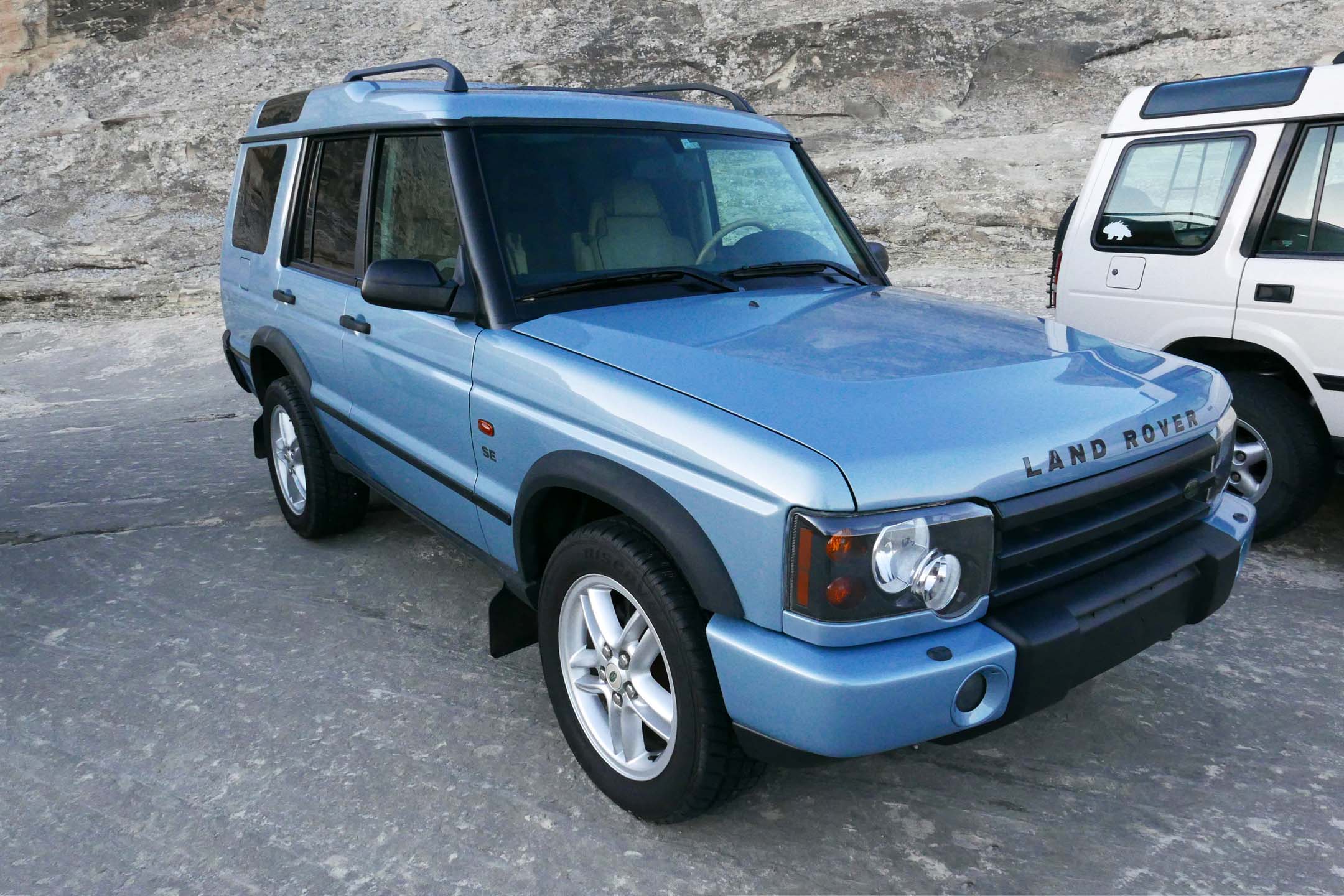 Further compounding the nomenclature issue was the unveiling of the Discovery Series II in 1998. Smoother exterior styling, a longer body, and a larger interior were some of the immediate highlights, while a five-cylinder diesel engine swapped in for the older four-cylinder. A “new” V8 engine dubbed the 4.0-liter was now standard in North America, but was for the most part an improved 3.9-liter mill offering very similar power. The next few years would see some experimentation from Land Rover in terms of the Series II’s drivetrain, with the SUV’s center locking differential being removed, then returned to its original spot, the introduction of a 4.6-liter V8 for North America in 2003, and an electronically controlled suspension system (alongside the return of optional air springs) putting in an appearance. 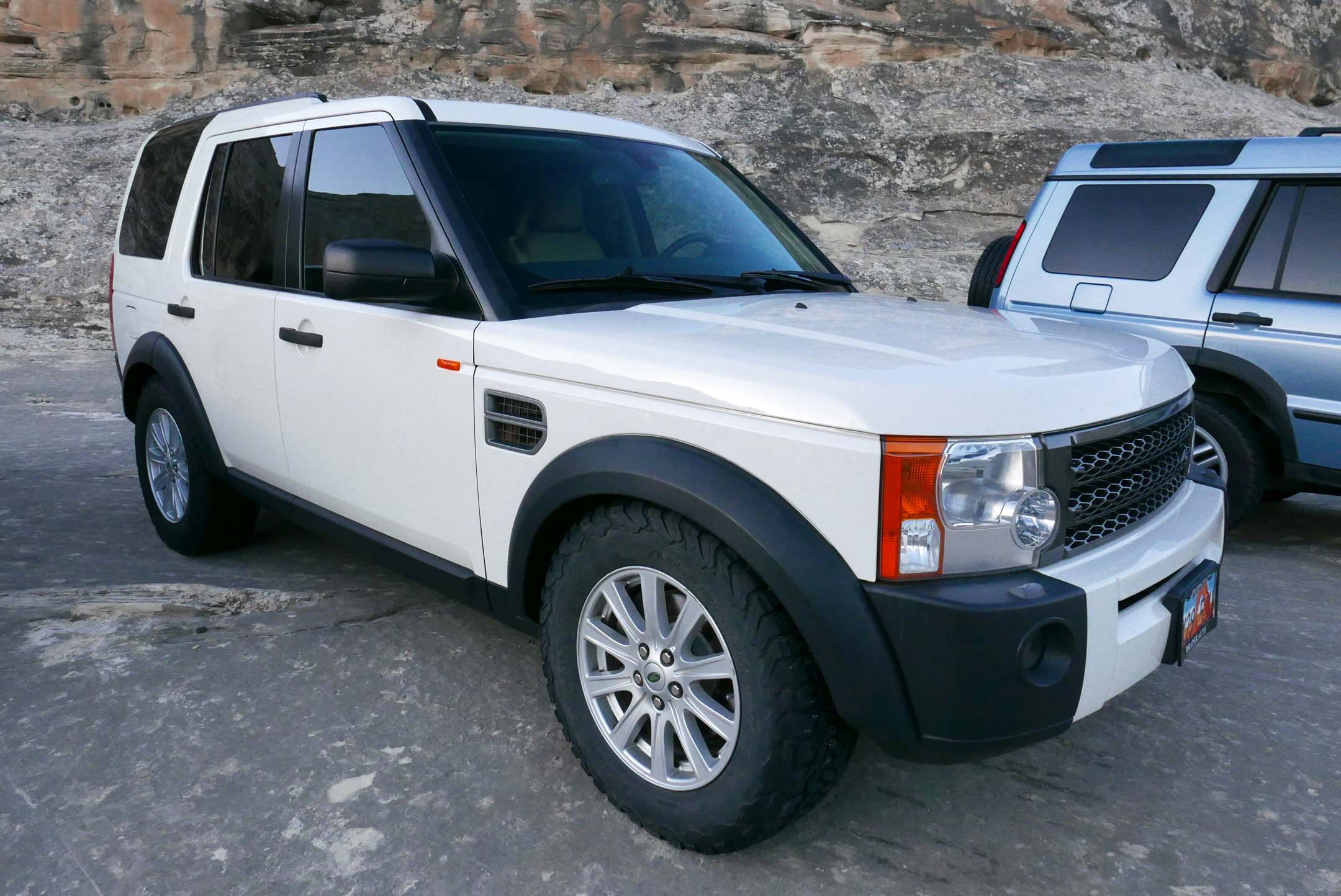 By the end of the Series II’s run, a sea change was underway at Land Rover that would see the Discovery nameplate disappear in 2005 in favour of the LR3 badge for Canadians and Americans, a move aimed at distancing the SUV from the poor reliability associated with older models (the Discovery 3 would continue on elsewhere). An unusual hybrid design that combined body-on-frame with full-frame elements also came with the new name, and air suspension was also made standard, with the ability to adjust ride height.

Alongside its revised looks came a new 2.7-liter turbodiesel V6, as well as the choice between a 4.0-liter V6 (sourced from parent Ford) or a bored-out 4.4-liter gas V8 engine shared with Jaguar (where it was found in 4.2-liter form), which generated 300 horses and stood as the mightiest power plant yet for the Discovery family. Diesel buyers were able to choose a six-speed manual, while the V8s were offered with six-speed automatics.

Perhaps the biggest break with the past, however, came in the form of the Terrain Response feature that was now available with the Discovery 3/LR3. In combination with hill descent control, the system allowed the driver to select from several different terrain types – such as sand, grass, mud, or rock crawl – in order to customize how the four-wheel drive, the stability control system, and the transmission and throttle would react. The vehicle’s air suspension would also raise or lower itself according to the selection made, with its differentials locking or unlocking as needed. This feature would go on to become a Land Rover trademark, and set the LR3 apart from other, more road-oriented sport utilities on the market. 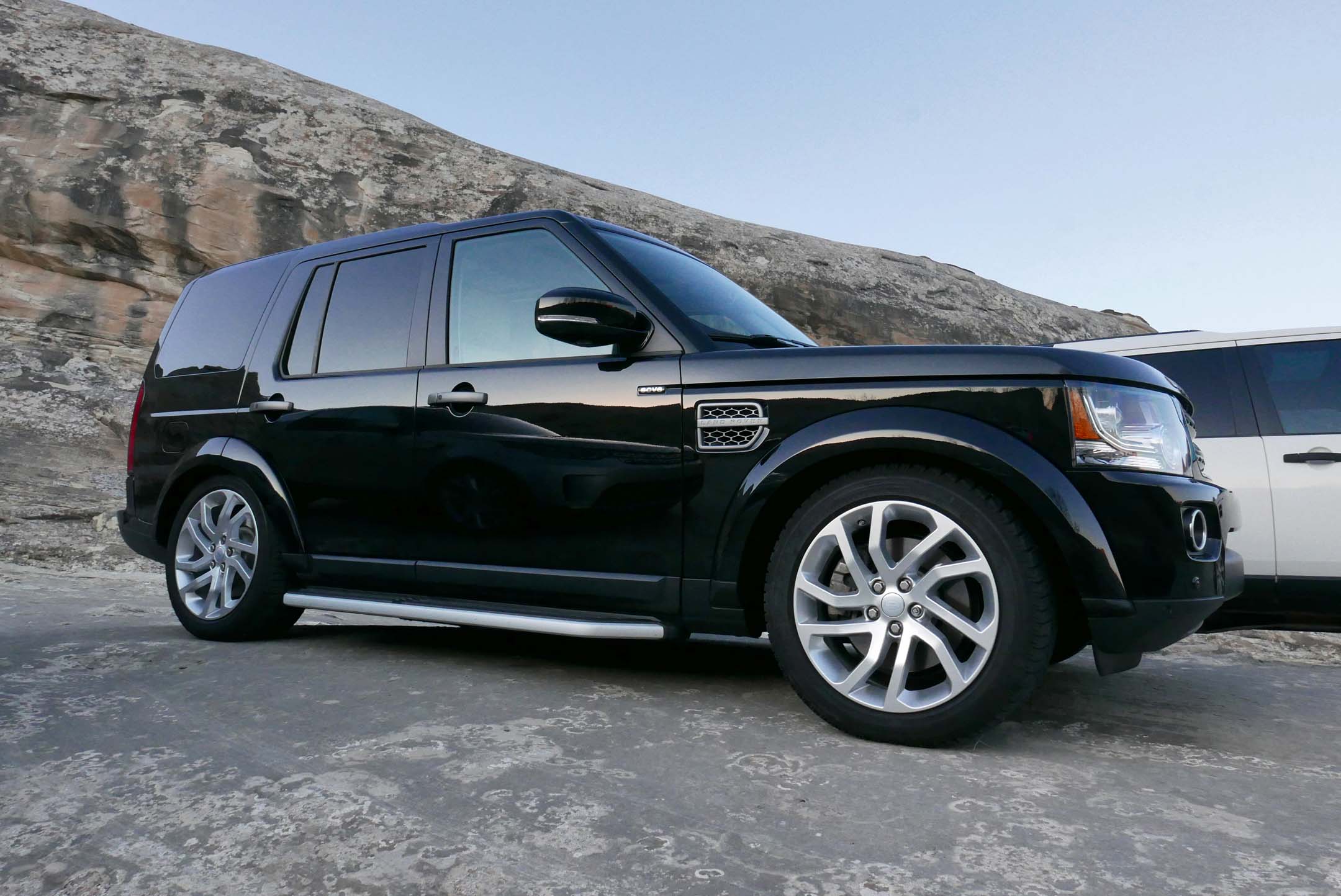 By 2009 Land Rover was ready to give the Discovery another facelift, and while the Discovery 4/LR4 wasn’t dramatically different than the model it replaced in terms of style or design, it did offer a larger, and smoother diesel V6 as well as bigger brakes, a revised set of anti-sway bars, and new 5.0-liter V8 that was good for 375 horsepower. The latter would disappear in North America in 2014 in favour of an eight-speed gearbox mated to a 340 horsepower, 3.0-liter supercharged V6. Four-wheel drive offerings would change, too, with low-range becoming an option for the model. 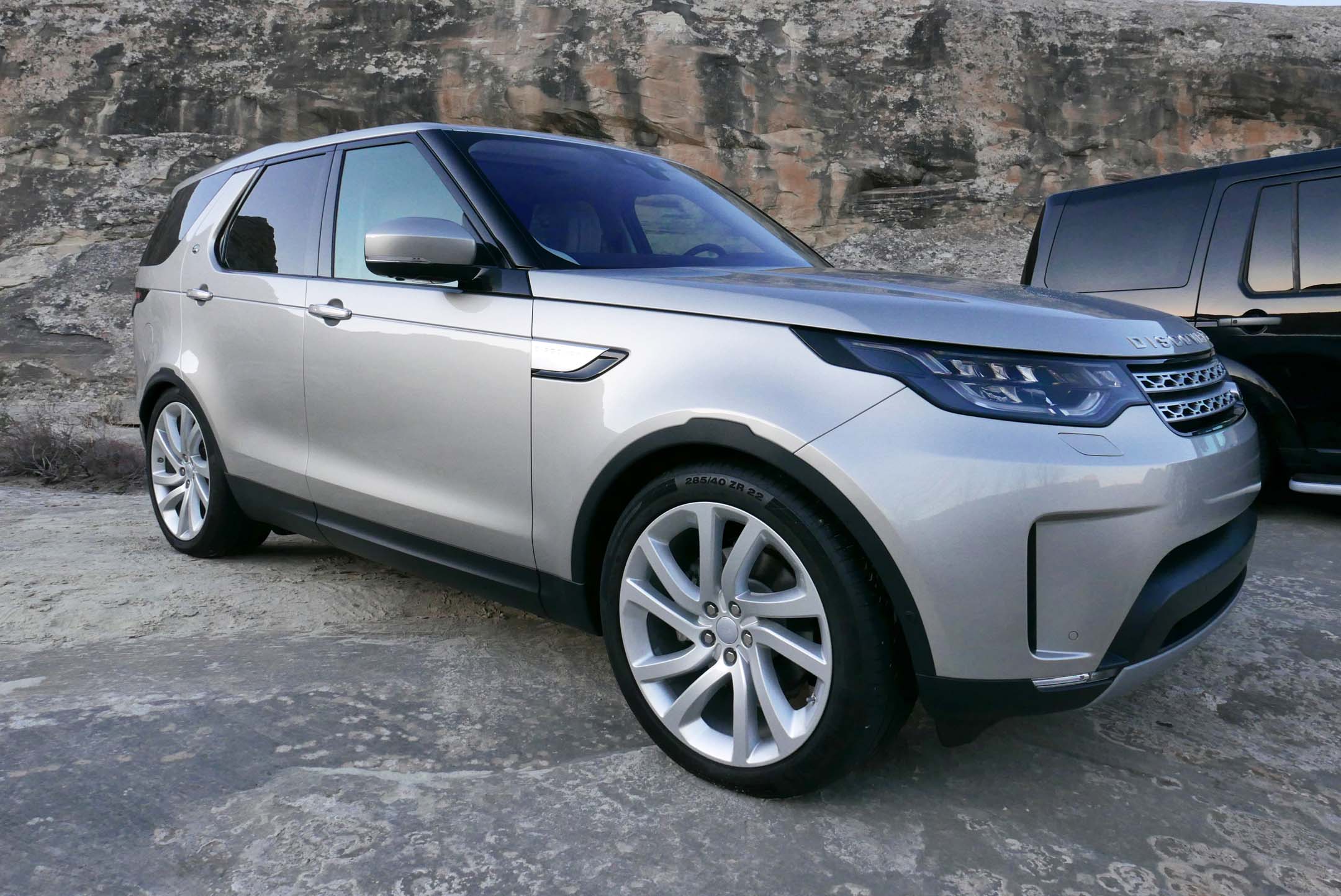 The Discovery 5 marks the triumphant return of the proud, storied name to Canada, albeit as simply the “Discovery”. A full reboot of the SUV’s concept, the 2017 Land Rover Discovery now offers full unibody construction, carries over the supercharged V6 engine, and adds a V6 turbodiesel option. At first glance, it’s harder to see the original Discovery cues in the new model’s sheet metal, but spend a bit more time eyeballing its rounded shape and they start to emerge, forming a link – along with go-anywhere four-wheel drive and the vehicle’s seven-passenger capacity – to the original, and accessible spirit that has long guided the SUV.