A four-season test for all-weather tires

The situation had become dangerous. Nearly four years after this particular Ford C-Max Energi had first rolled out of the dealership, the new-to-us compact crossover encountered its first minor snowfall with my wife behind the wheel – it didn’t pass that first test, but it did pass right on by a stop sign and at least half an intersection under full braking.

With 61,000 km on the all-season tires of the formerly leased plug-in hybrid, we thought we still might have some life in the tires when we bought it in June. But we quickly realized that slush, low temperatures and especially snow did nasty things to the available grip of the low-rolling resistance, fuel-economy-focused tires that came on the 2013 C-Max.

Having run full winter tires on all our personally owned cars for the past 10 years at least of mostly urban driving, and long-time advocates of the advantages of winter-specific tires, we started looking into new winter rubber options for the C-Max. Which is when my research led me to consider a new breed of winter tires – or as some would call them, perhaps derisively, a new breed of all-season tires. 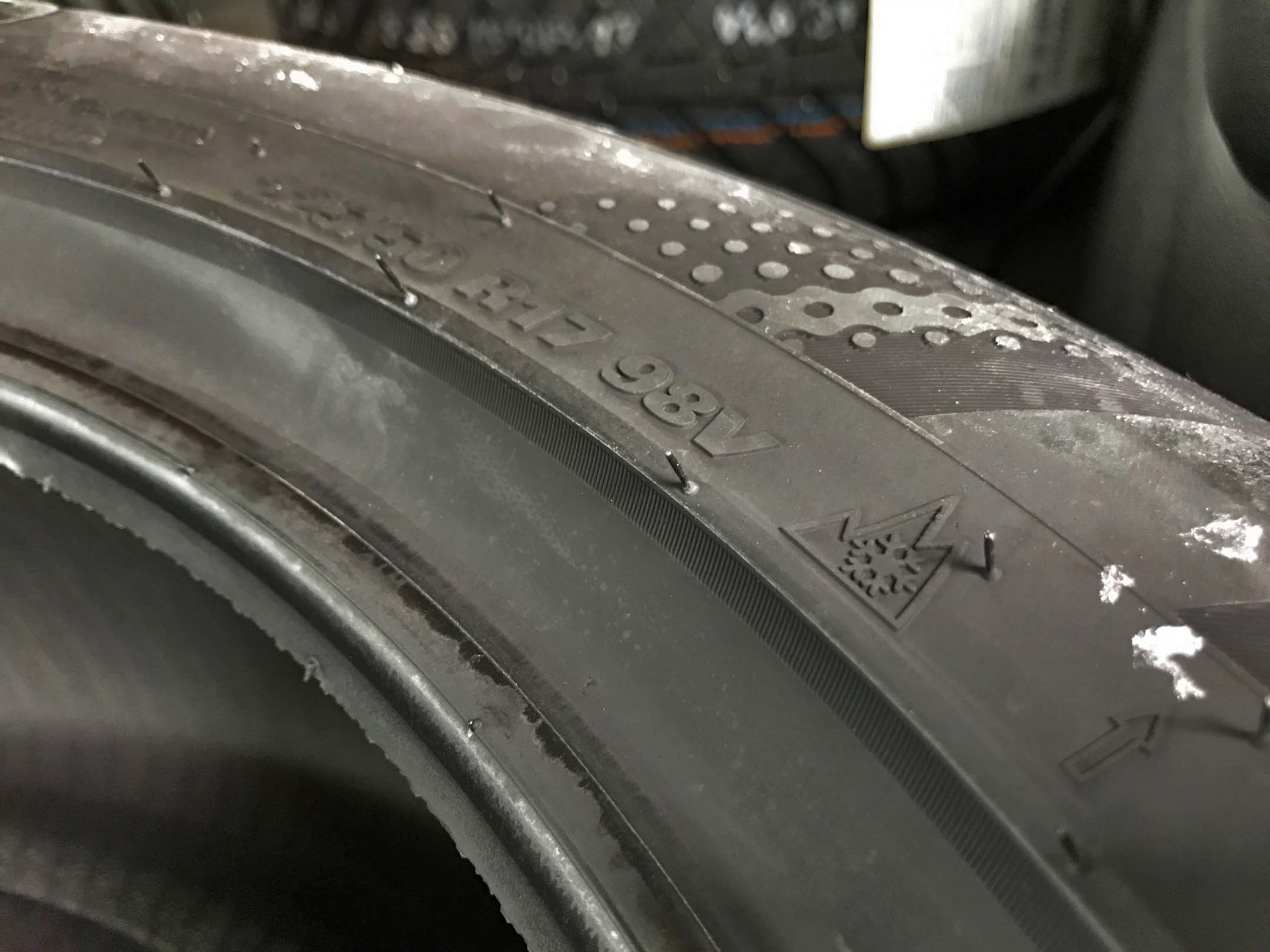 This Kumho Solus HA31 is an all-weather tire, distinct in that it was built to a higher standard of winter performance, enough so that it qualifies for the Canadian mountain-snowflake standard that’s stamped on the sidewall, just like pure winter tires. But at the same time, their construction is such that they won’t break apart come blazing summer temperatures or year-round use, with a treadwear warranty up to 100,000 km that’s right up there with other V-rated (in this case) premium all-season tires.

The folks at Kumho Canada loaned us a set of 225/50/VR17s for a full four-season test, to see how they’d hold up for a full calendar year of daily commuting punishment, as well as on long highway trips and family weekend outings in widely varying seasons and conditions. They arrived soon after the beginning of winter 2017, and though it hasn’t been the harshest one we’ve seen in these parts, they’ve been a godsend for about 2,500 km or so of driving so far.

For city folks like us, these all-weather tires offer some serious benefits. The first and most important was an instant jump in security, braking, grip and therefore overall safety – admittedly, from a very low bar based on nearly four year-old all-season tires in our case, but to a very high level afterwards. For my wife who drives the C-Max daily, and often with our two children, this is by far the most important factor. 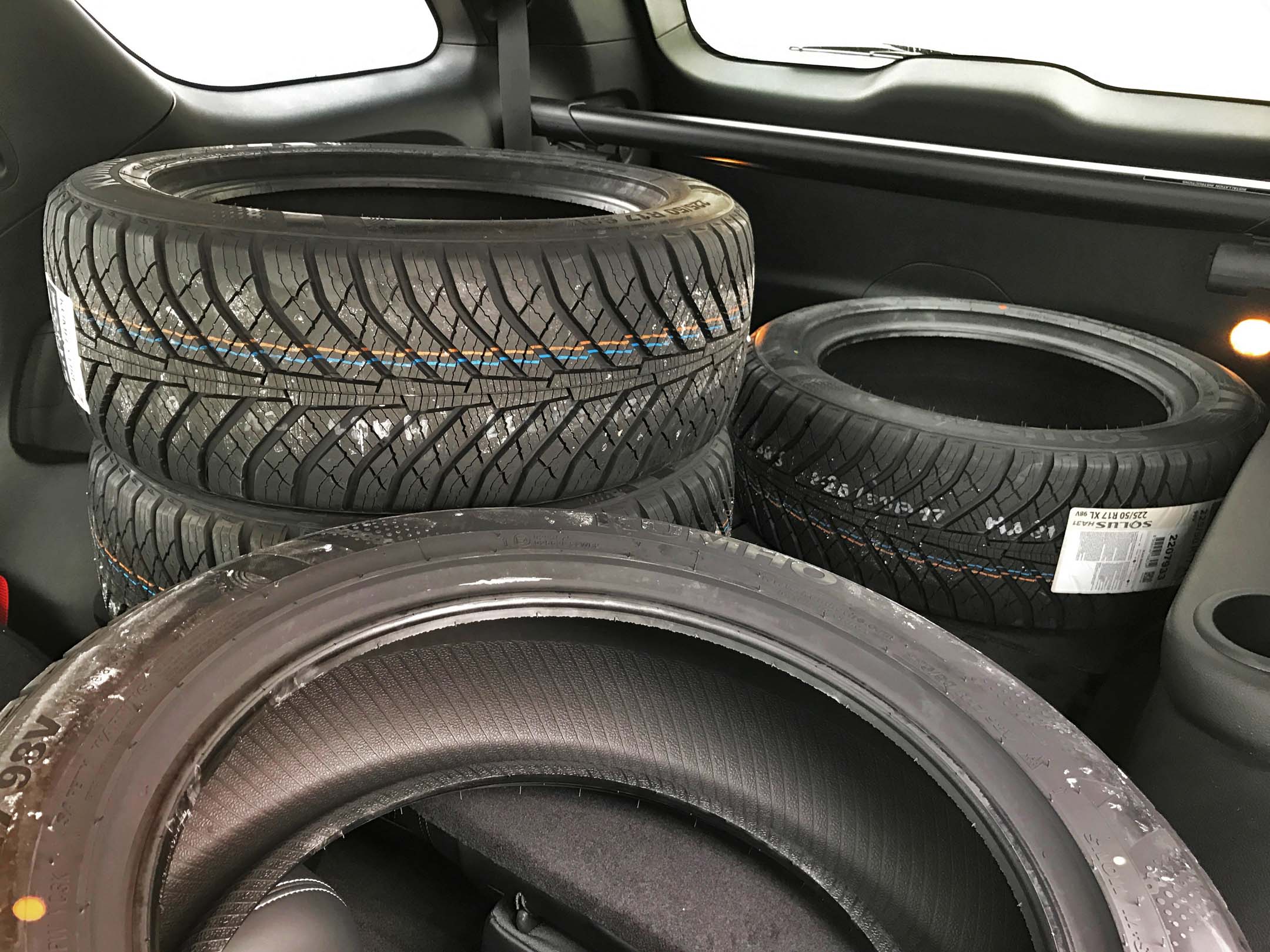 Though our winter tires were on different vehicles, she says she would think these tires are straight winter tires based on the grip they provide so far. It’s true that compared to the press vehicles I drive, which mostly come equipped with serious winter tires now, there is little noticeable drop off in cold weather grip in all but the very worst conditions (deep, unplowed snow; glazed over, unsalted icy roads). Yet it’s very rare for the city roads around us to be in such conditions, thankfully, so I can’t say we’ve encountered one situation yet where we wished we were on full-on winter tires instead.

These all-weather tires are especially tempting when you consider the convenience and potential cost savings too. These savings could come from:

- Not having to swap dedicated winter tires on and off your stock rims at the beginning and end of each winter.
- Not facing the cost of an additional set of winter rims to mount those winters, which offsets the “switching” costs over time, but also means more upfront costs in winter one.
- Not having to install a new set of tire pressure monitor sensors in your new winter tires, which typically runs at least $400 per set, installed. (But if you balk at this, you’ll be staring at a yellow low tire pressure warning all winter, until it drives you batty enough to reach for the electrical tape to cover it.)
- Not having to pay for tire storage, for folks who don’t have a garage, locker or a shed and have to keep them at a dealer or tire retailer.
- Insurance discounts for drivers who equip their vehicles with winter tires, for which these snowflake-mountain-stamped tires should qualify. 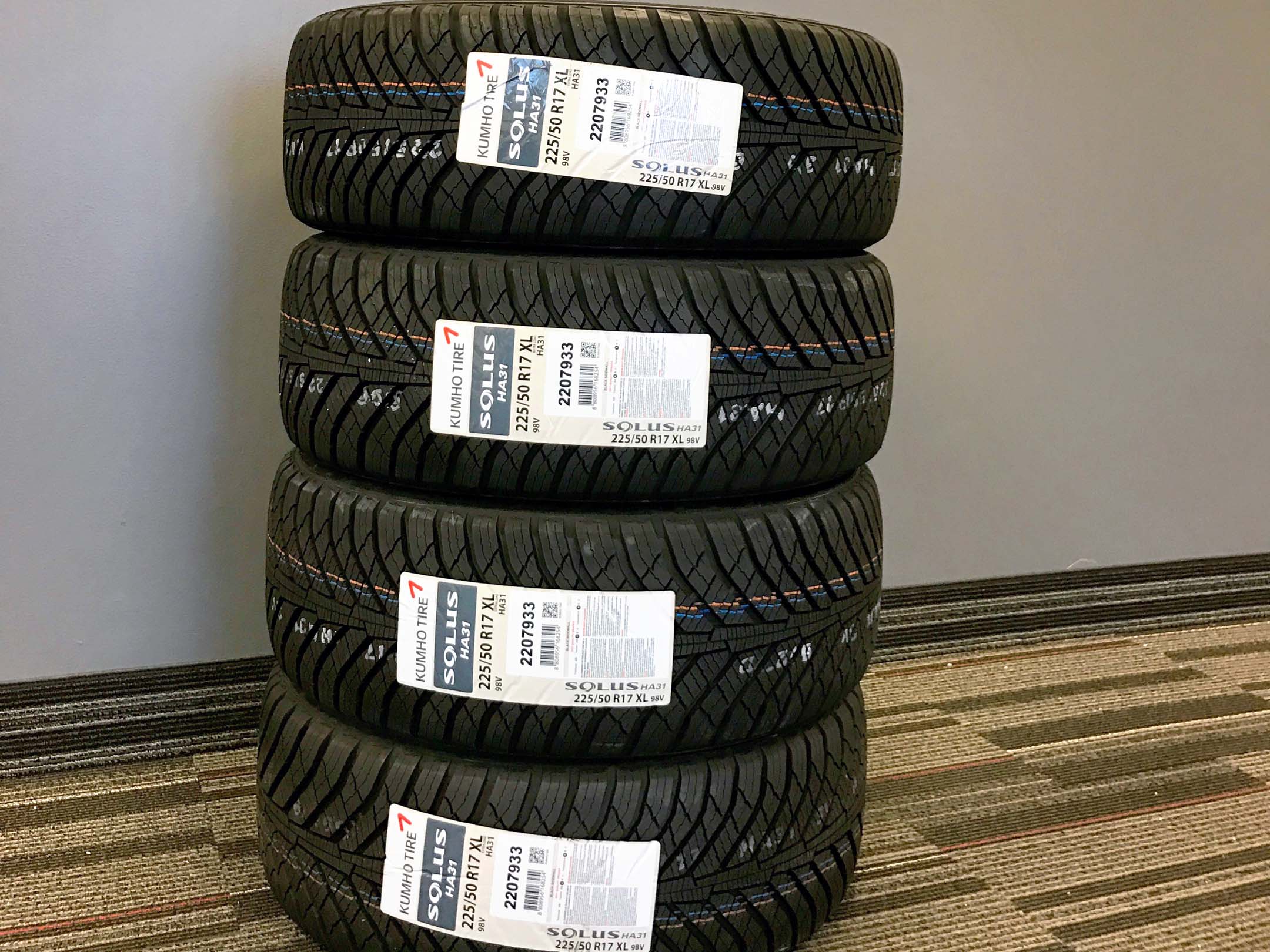 Then there’s the convenience factor of not having to worry if you take off your winters too early, and then get dumped on; or too late, and wonder whether the quickly soaring temperatures did any damage to the winter-optimized rubber. No worries for that winter holiday drive to Florida either.

These have all traditionally been the reasons why consumers haven’t opted for winter tires when not required to, as in the province of Quebec. But the fact that these Kumho Solus tires provided such impressive performance in their first couple months with us all of a sudden makes those cost and convenience savings relevant again.

We’re looking forward to how these Kumhos hold up past the summer and fall, and even into next winter, and will report back on them regularly. We’ll also drive a new C-Max Energi on stock tires back to back with this one, which will hopefully happen in the spring, to see how the two compare from behind the wheel.