Si's back, tell a friend

Si's back, tell a friend

The Si moniker is back in Civic Nation, and combined with the recently-revealed Type-R, the rollout of the model’s 10th generation is complete. It’s an exciting time to be a Civic fan or perspective owner, that’s for sure.

Back to the Civic Si.

The real story, of course, when it comes to this 2018 Honda Civic Si or any model before it is in the engine department, and we trust fast Honda fans will appreciate the fact that the Si is available only with the turbocharged 1.5L four-banger found elsewhere in the line-up, but massaged here to help produce 205 hp (equal to the previous-gen car) and 192 lb-ft of torque, up 18 lb-ft on last year's model. An all-new “Sport” mode, meanwhile, changes the steering and throttle response as well as the dampers.

Available only in either coupe or sedan form (the Type-R will only be available as a hatch, and we’re guessing Honda didn’t want to have the Type-R’s lesser Si brethren stepping on its toes), the Si comes equipped with all manner of aerodynamic addenda and body additions befitting of the transition to a sport model. 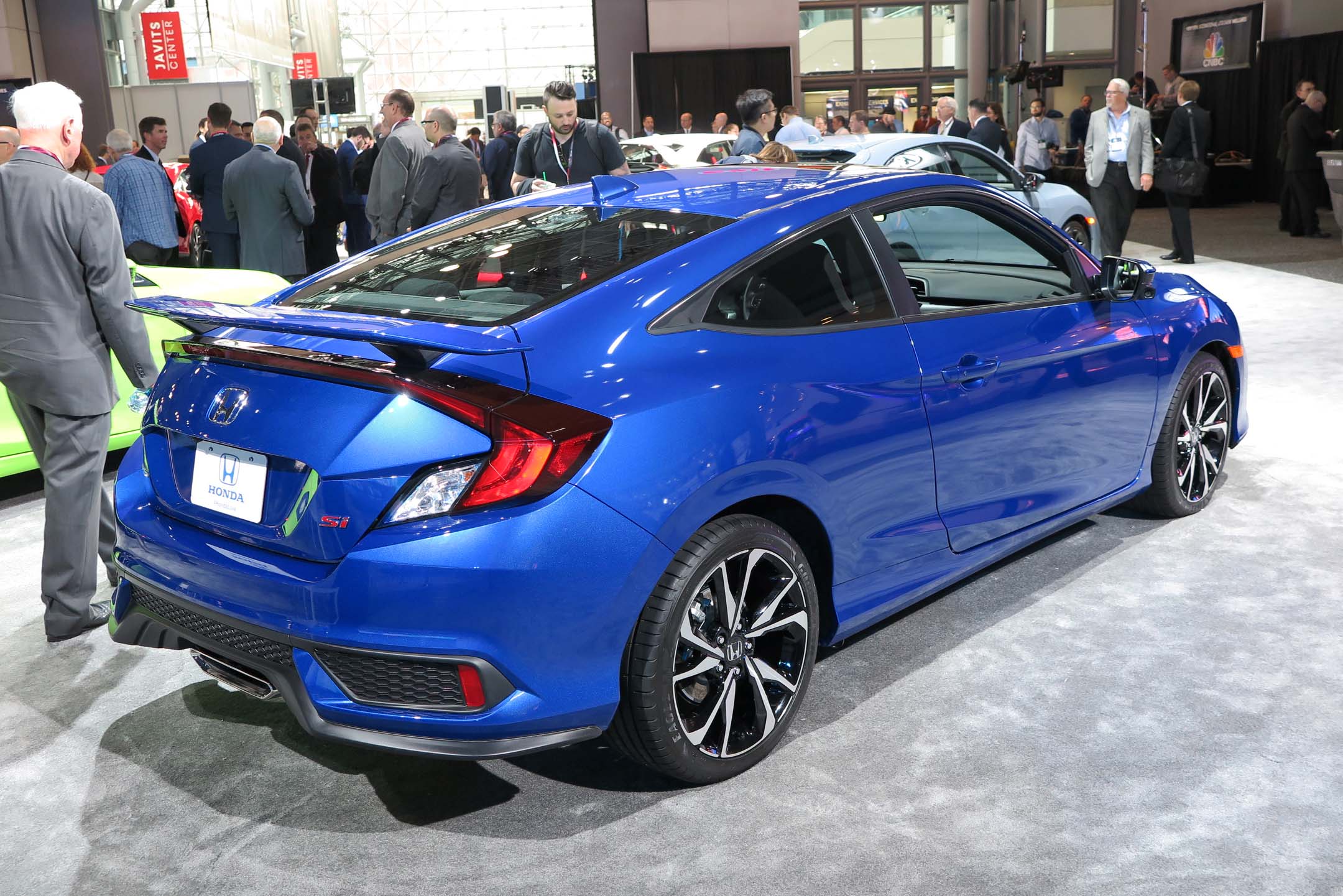 Both the sedan and coupe get big rear wings, though the way the coupe’s number protrudes from its body work is a little more in-yer-face than the somewhat subtler item on the sedan. That’s not really a surprise as you can imagine someone who’s leaning towards the already more aggressive-looking coupe wouldn’t mind having a little extra aero addenda.

From the front, both models look the same; that is to say they both sport a blacked-out “Wing” grille, red “Si” badging and larger front intakes. Both models also get unique 18-inch two-tone alloy wheels and single-outlet chromed tailpipe, an exaggerated version of the oval item Si owners have grown to love over the years.

Inside, more bolstering for the front seats and different shifter knob – a six-speed manual is your only choice – differentiate the Si from other Civics. We had chance to take a quick seat in the car and the seating position provided by the sport seats is spot-on and even though they’re well-bolstered, they’re still able to accommodate wider hips.

The Si goes on sale next month, with prices likely in the upper $20,000 range.

How Much Did Your Remote Starter Cost You This Winter?