Genesis, the upscale brand that broke away from parent Hyundai last year, gave us a hint at what its first SUV offering will look like with the reveal of the GV80 fuel cell concept at the New York auto show.

The automaker says the concept's plug-in hydrogen fuel cell powertrain is a continuation of its study of alternative fuel propulsion that began with the Tuscon fuel cell vehicle, which has been available for lease in select markets since 2013. We wouldn't count on that advanced power source making it into a production model; expect instead to see the brand's 3.3L turbocharged V6 from the 2017 Genesis G80 as the base powerplant. 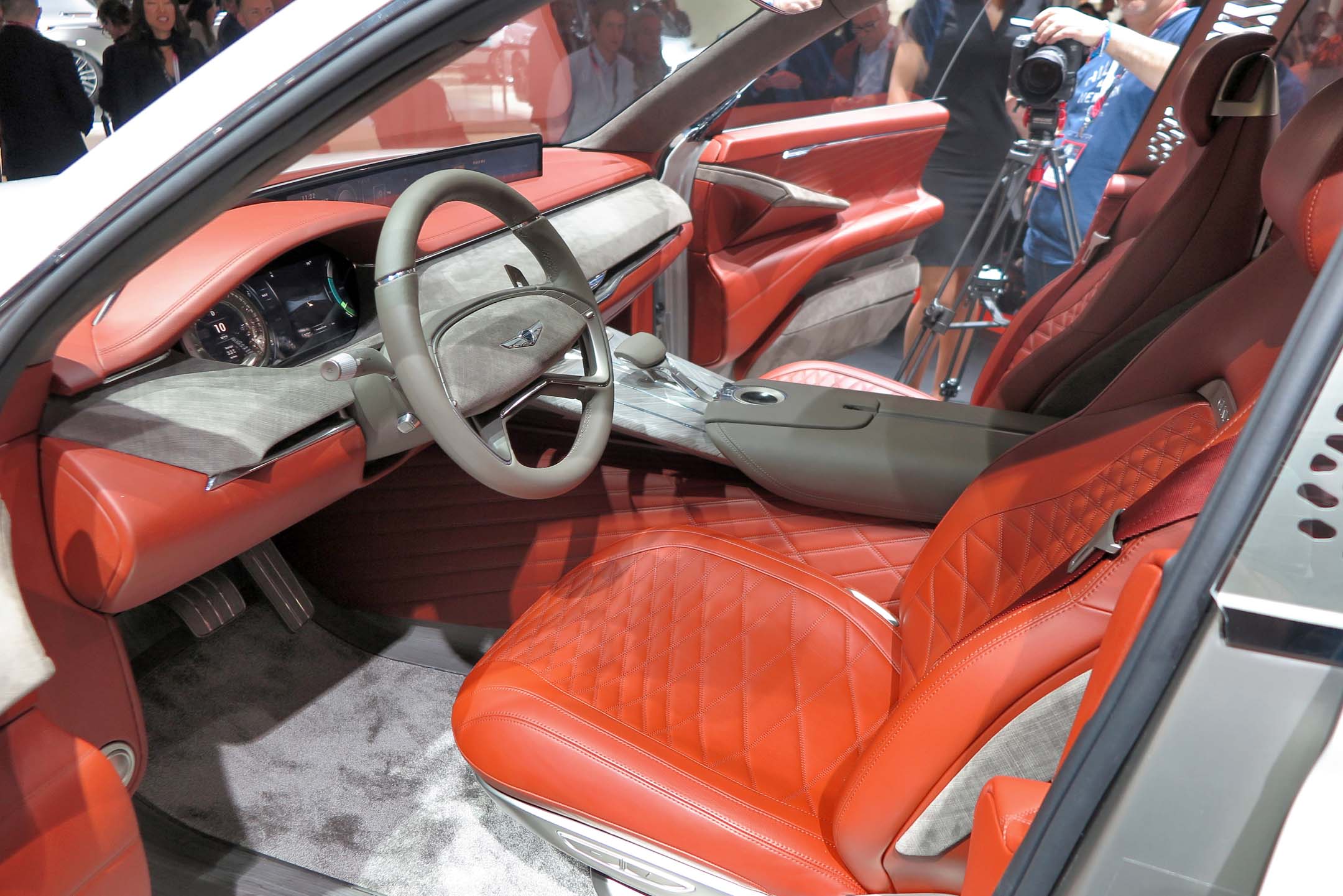 As a Genesis, the GV80 is a premium offering that toes a more luxurious line than the Tucson, and renderings show off an interior, swathed in red-brown leather, that doesn't look too far from production-ready. As is the trend, there's an organic LED display that bridges the space between driver and passenger and offers each a different "experience." Meanwhile, even rear passengers get their own capacitive touch controls for entertainment functions.

What look like metal trim pieces in the console are actually "strings" that give direct access to the most commonly-used functions of the infotainment system, while a multi-function controller with a Gorilla Glass touchpad handles the rest.

The GV80's styling doesn't break much ground, a fact we'll take to mean the first Genesis production crossover will look not unlike a cross between a Bentley Bentayga and a Porsche Cayenne. If you need inspiration for a luxury SUV, we suppose those are good places from which to draw.