The tit-for-tatting with Porsche continues at Jaguar with the release of the F-Type four-cylinder model, available in both convertible and coupe forms. If you feel that sounds a lot like what Porsche is doing with the 718 Boxster and Cayman twins, you wouldn’t be that far off. Ever since its inception in ‘13, the F-Type has had the unenviable task of going toe to toe with the sons of Stuttgart, and it’s done well to keep pace.

Power from the all new “Ingenium” turbo four-banger is rated at 295 hp, down slightly on what’s made by the 718, but at 5 hp, the gap is a small one. Perhaps more impressive is the fact that the four-cylinder model is down just 45 hp and 44 lb-ft on the supercharged V6 model, all for a fraction of the price which starts at $68, 500 in Canada for the coupe, and $71,500 for the convertible.

We weren’t surprised to find that the four-cylinder model will only be available with rear-wheel-drive – it makes sense, what with the goal of keeping weight off and all – but we were surprised to find that it will only be available at the outset with an eight-speed automatic transmission, when a manual is available elsewhere in the line-up. It’s surprising both on account of the extra weight it adds, but also because of the extra cost, too. It’s almost as if Jag is saying, “this is our base model, but really, it’s not.” 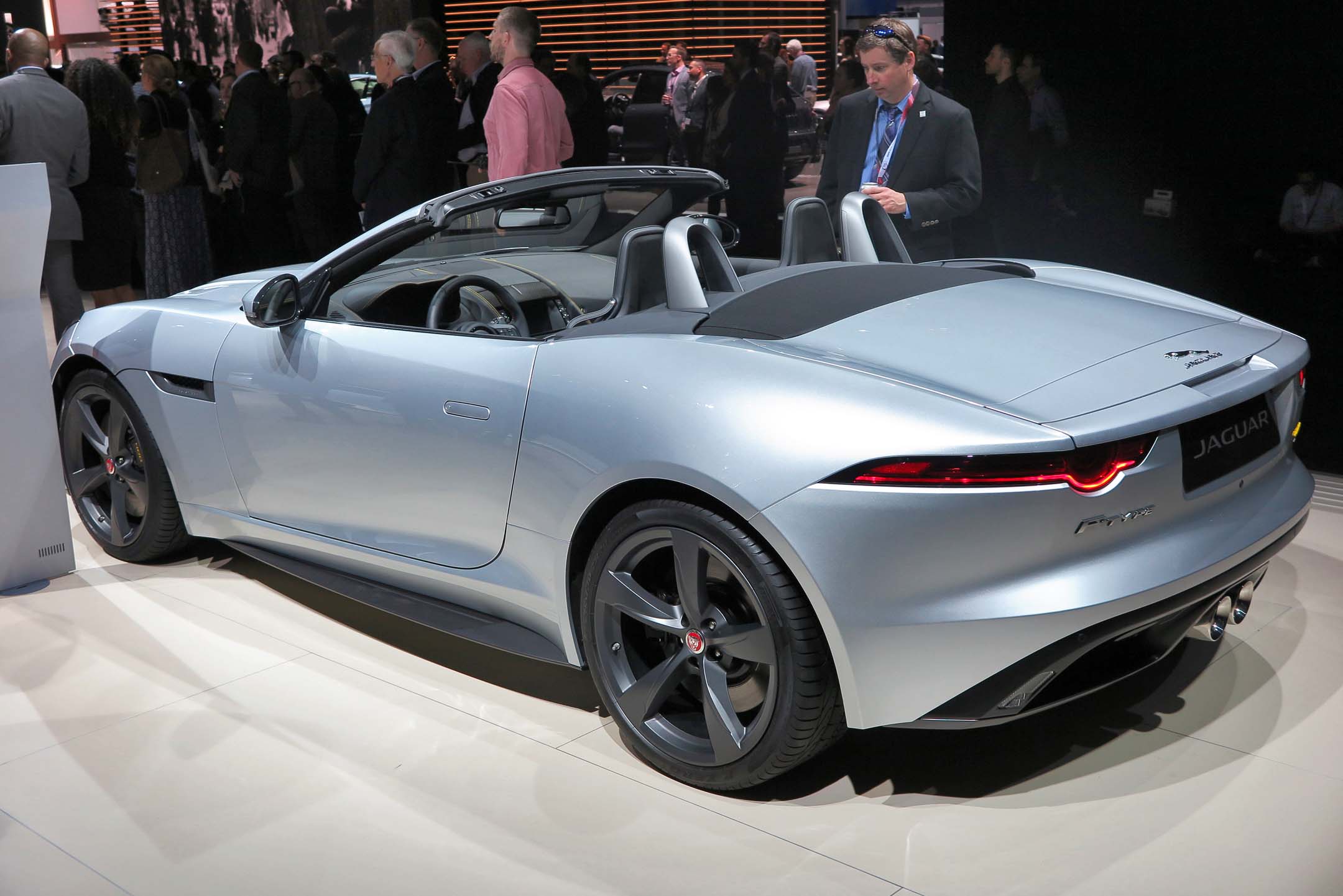 At any rate, as fun as the other F-Type models are, you can be sure that less weight over the front wheels will make the four-cylinder version even more fun to flick through corners. It also provides the peace of mind that comes with knowing that even as you cane your zippy British sports car, you’re doing less harm to the environment in that the Ingenium engine family has also been developed with efficiency in mind, employing such emission-reducing tech as an integrated exhaust manifold and an electrohydraulic valvetrain.

If emissions be darned and more power is what you’re after, Jaguar didn’t disappoint at this year’s show.

Also on-hand was the F-Type 400 Sport convertible, which gets a 394 hp (400 metric horsepower, hence the model name) supercharged V6, up from 340 in the standard V6-powered car. It’s available in both coupe or convertible body styles with AWD or RWD running gear. Several go-fast bits have been added, such as satin-grey 20-inch wheels and special sills and front splitter. Yellow “400 Sport” badges adorn the exterior and interior, matched by yellow brake calipers.