A recently-published survey of more than 20,000 Canadians suggests that a majority of young people looking to start driving don't want an electric car and are concerned about the safety of riding in a self-driving car.

The data was collected by Elegant E-Learning (EE) through an online survey of visitors to driver education websites it operates; in Canada, nearly three-quarters of respondents were Millenials -- which EE identified as those aged 13 through 35 -- and a third of Canadians who took the survey identified themselves as teenagers. 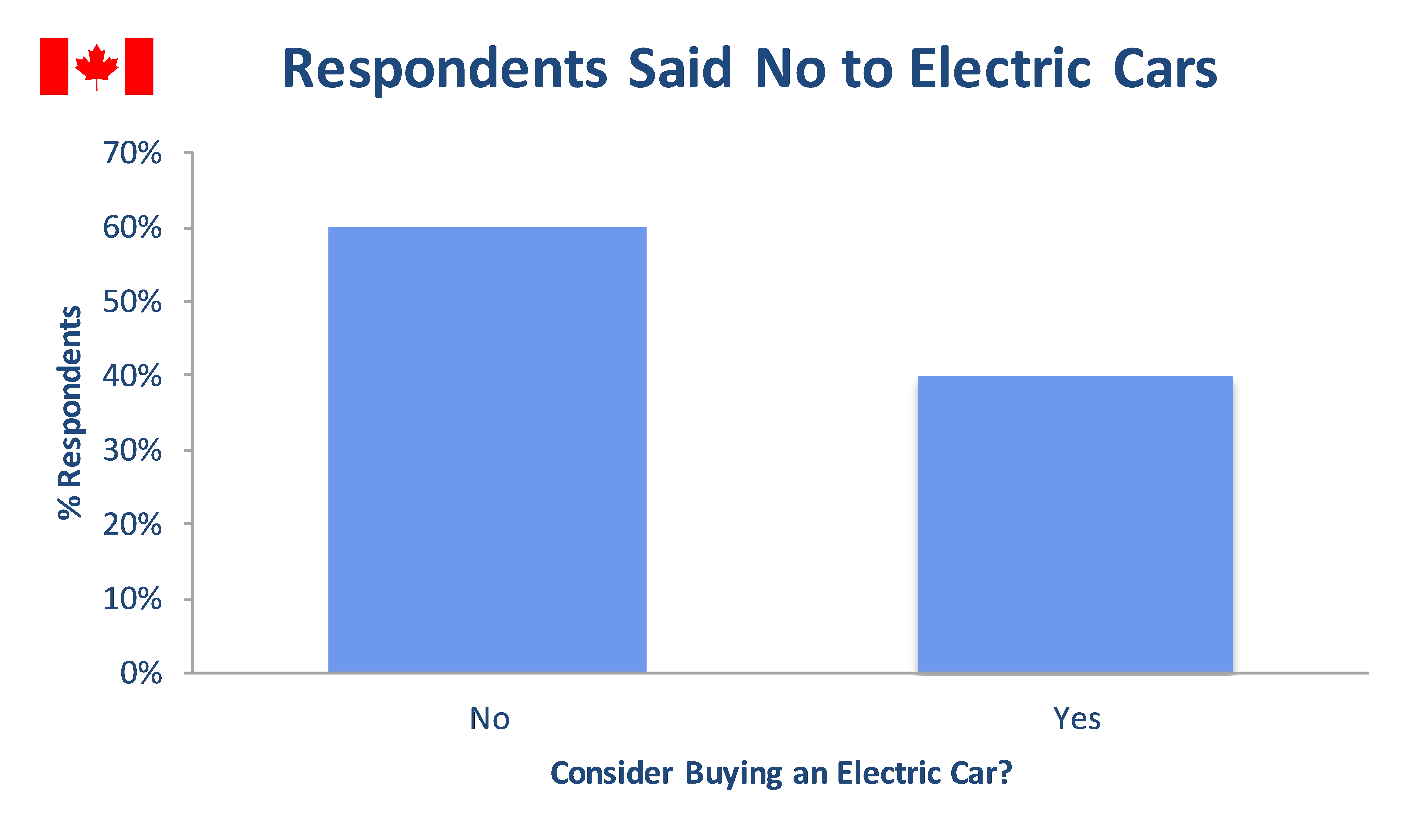 What EE found was that six of 10 Canadians surveyed said they would not consider buying an electric car over an equivalent gasoline-powered vehicle. At face value, this seems to suggest the world's automakers may wish to tread cautiously as they devote millions of R&D dollars to electric propulsion, but the survey doesn't get into respondents' reasons for their choices, though we suspect the typical EV's limited driving range (relative to gas models) and a lack of charging infrastructure as the main ones. 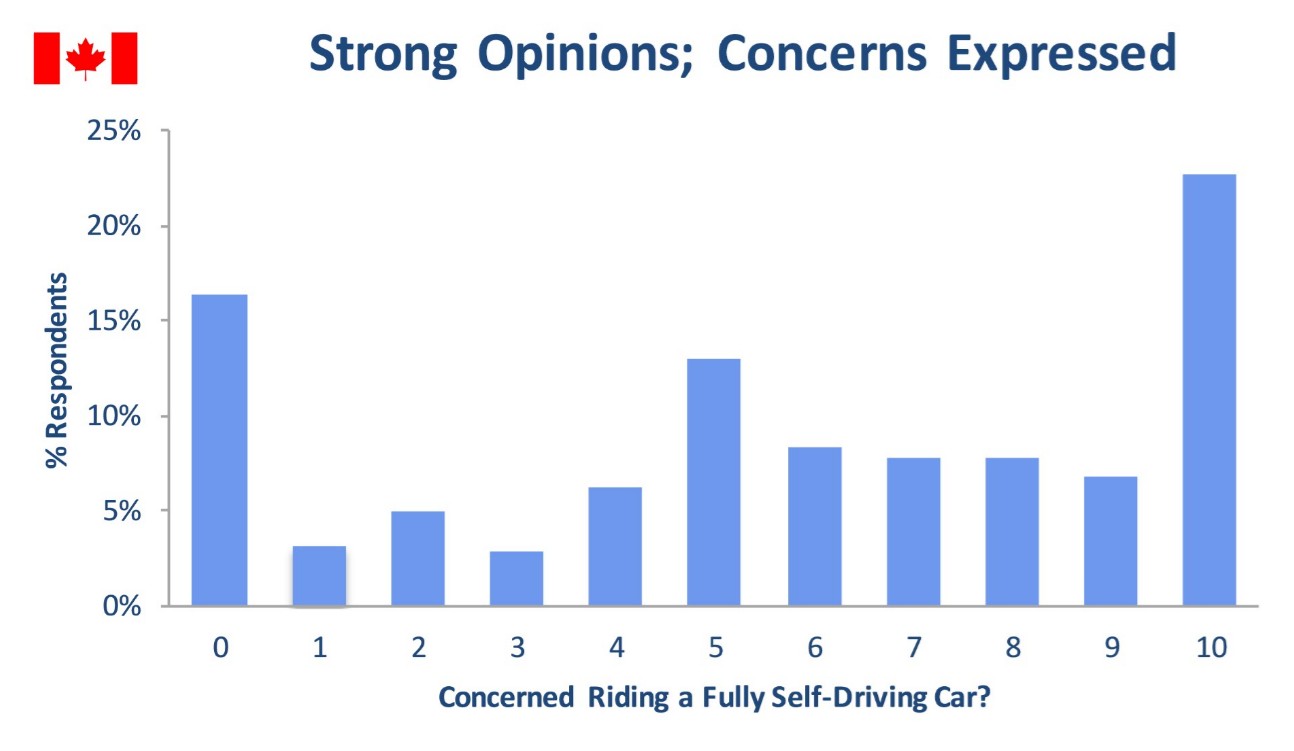 The survey then moved on to autonomous vehicles, with a question that asked respondents to rate, on a scale of zero to 10, how concerned they would be for their safety when riding in a self-driving vehicle. Here, 30 per cent said they would be "very" or "extremely" concerned, meaning they answered with a nine or 10. 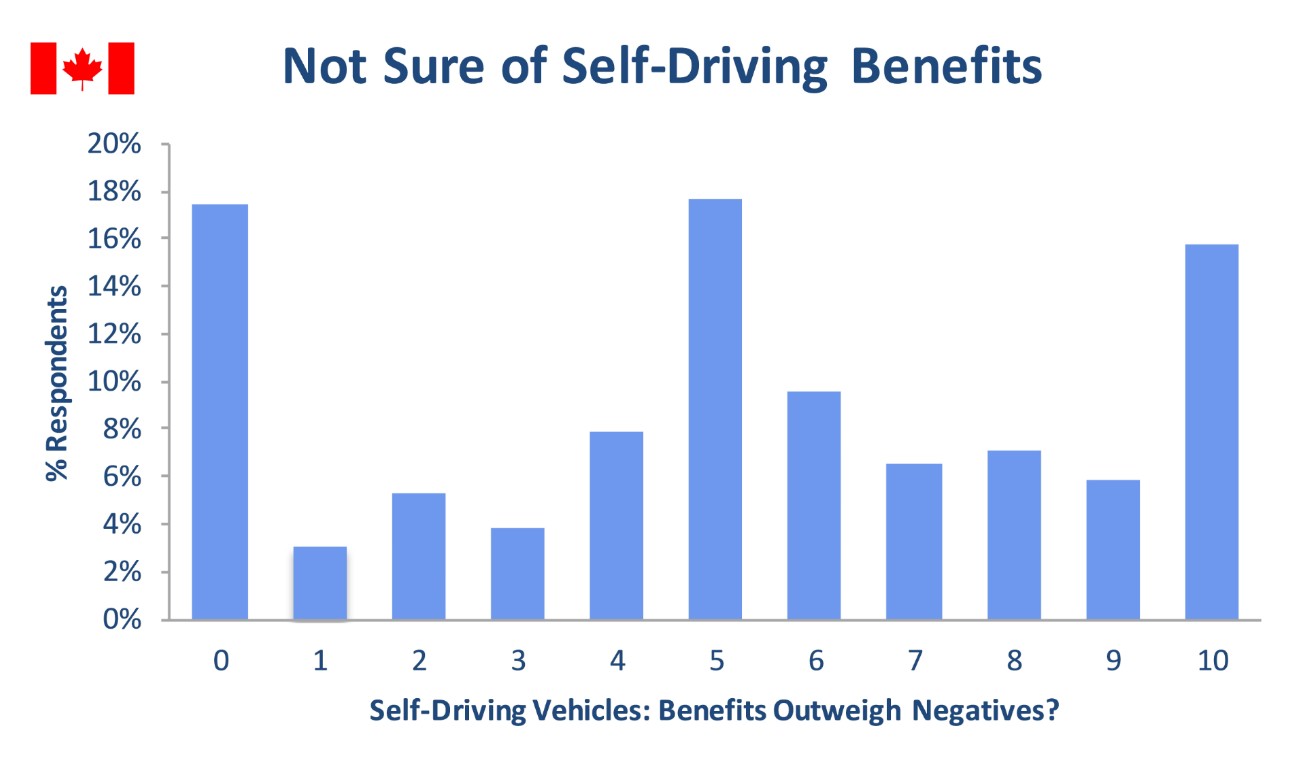 Then EE wanted to know whether people thought the benefits of self-driving cars outweighed the risks and costs associated with them, again, on a scale of zero to 10. In Canada, fewer than half thought that was the case. 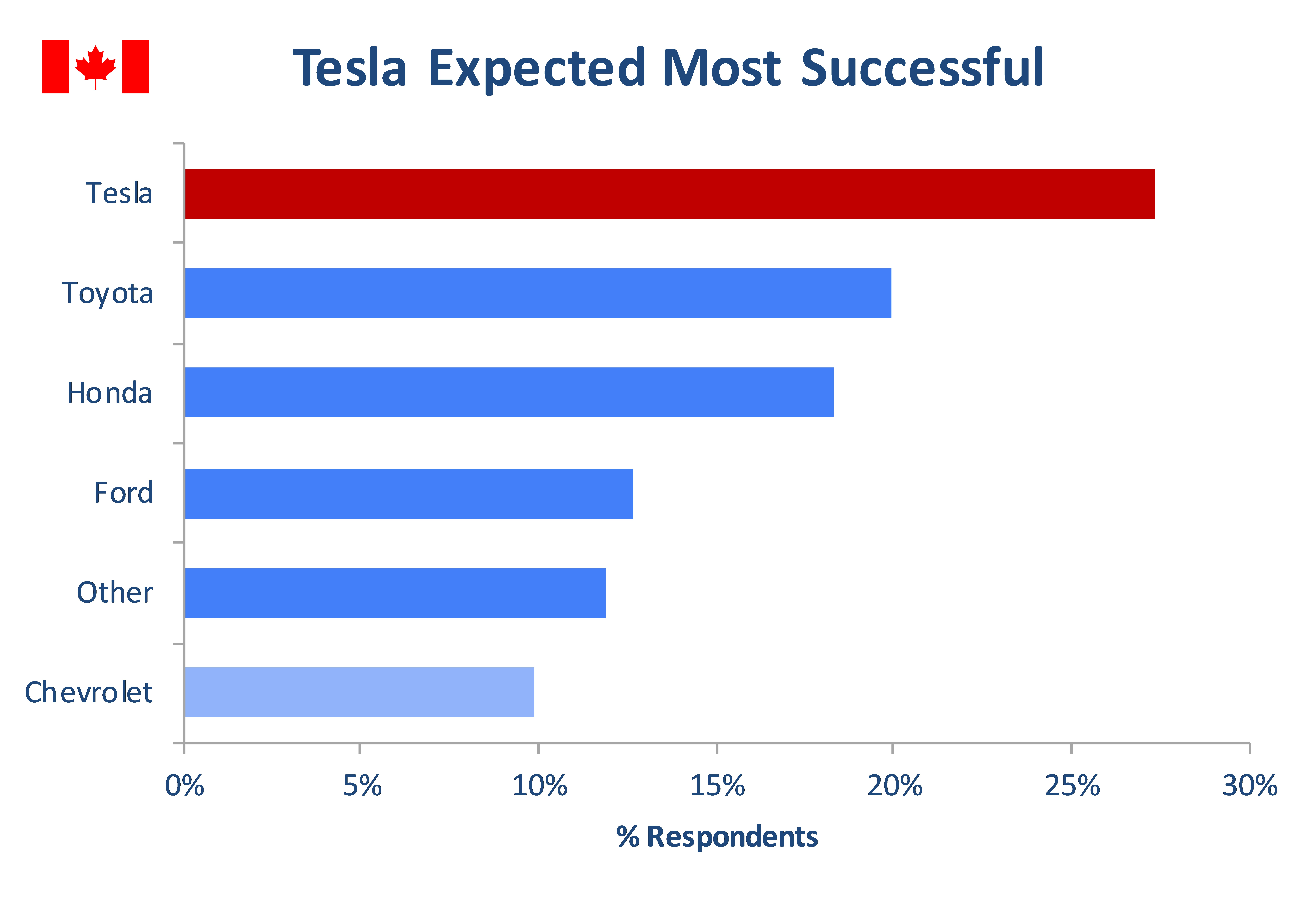 Finally, the survey asked which car manufacturer -- Tesla, Toyota, Honda, Chevrolet, Ford or "other" -- would sell the most electric and automated vehicles in the coming 10 years. Well over a quarter of respondents chose Tesla, with Toyota coming in second and Honda third. EE says BMW, Dodge and Mercedes-Benz were the most common "other" choices in Canada.

EE noted an average margin of error of 0.7 per cent in its Canadian survey results.