History – made by everyday people
Advertisement

History – made by everyday people

Henry Ford may have said, “History is more or less bunk,” but it’s doubtful he really meant it. After he became a successful automaker, he spent much of his time collecting historical treasures. These ultimately resulted in a group of museums in Dearborn, Michigan now known as The Henry Ford.

Despite the name, the museum isn’t owned or operated by the Ford Motor Company (although one of the attractions, the Rouge Factory Tour, is operated in conjunction with it). And it isn’t just about cars. Instead, the Henry Ford Museum of American Innovation, which I toured on this visit, also includes agriculture, home life, flight, railways and civil rights. 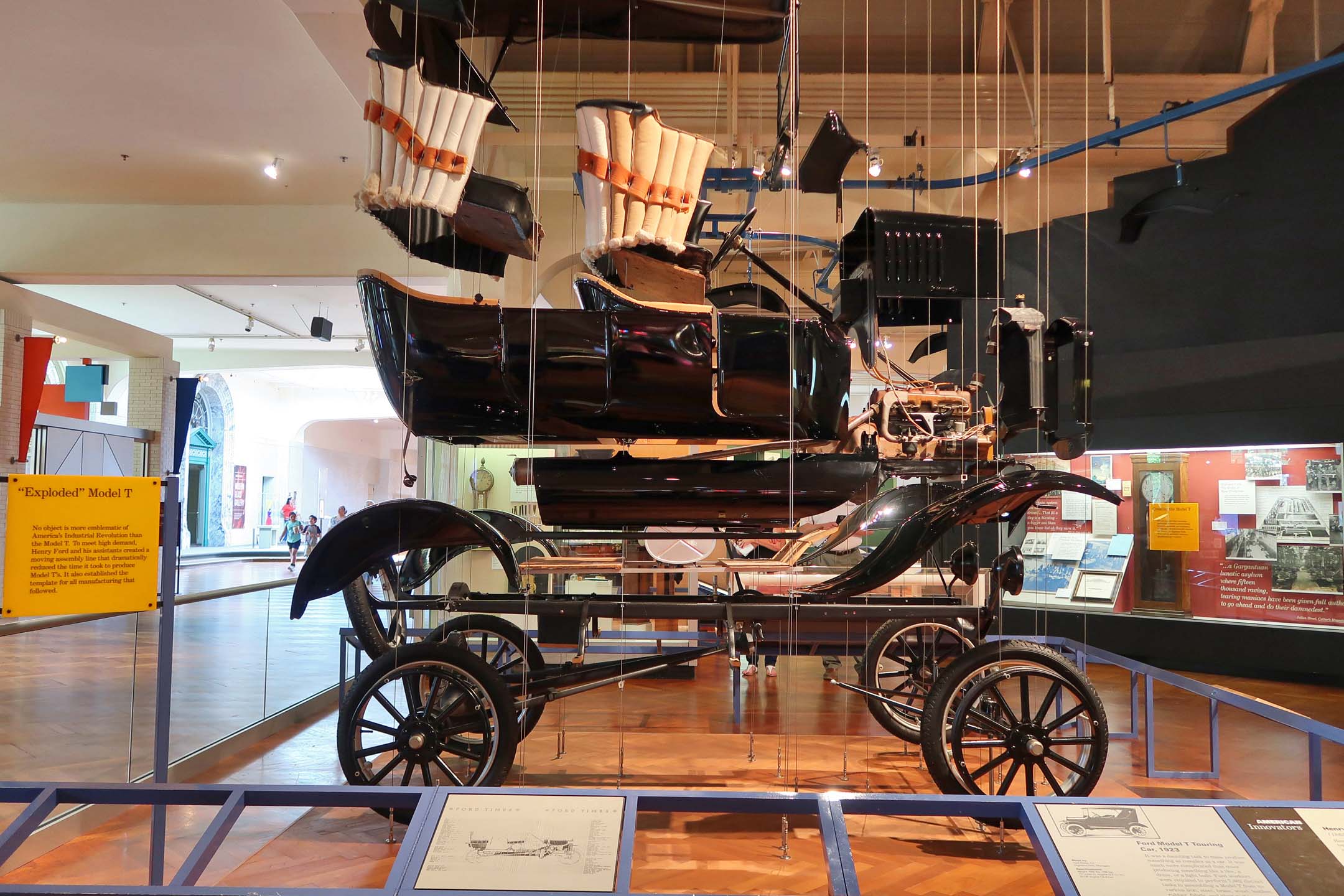 A Model T is all about the sum of its parts

Ford was born in 1863 and died in 1947. After a couple of false starts, he founded his Ford Motor Company in 1903. The famous Model T, introduced in 1908, made him wealthy. In 1914, according to the museum, he wanted to look up a poem from his school days. His search for that book sparked an interest in collecting items from the past. 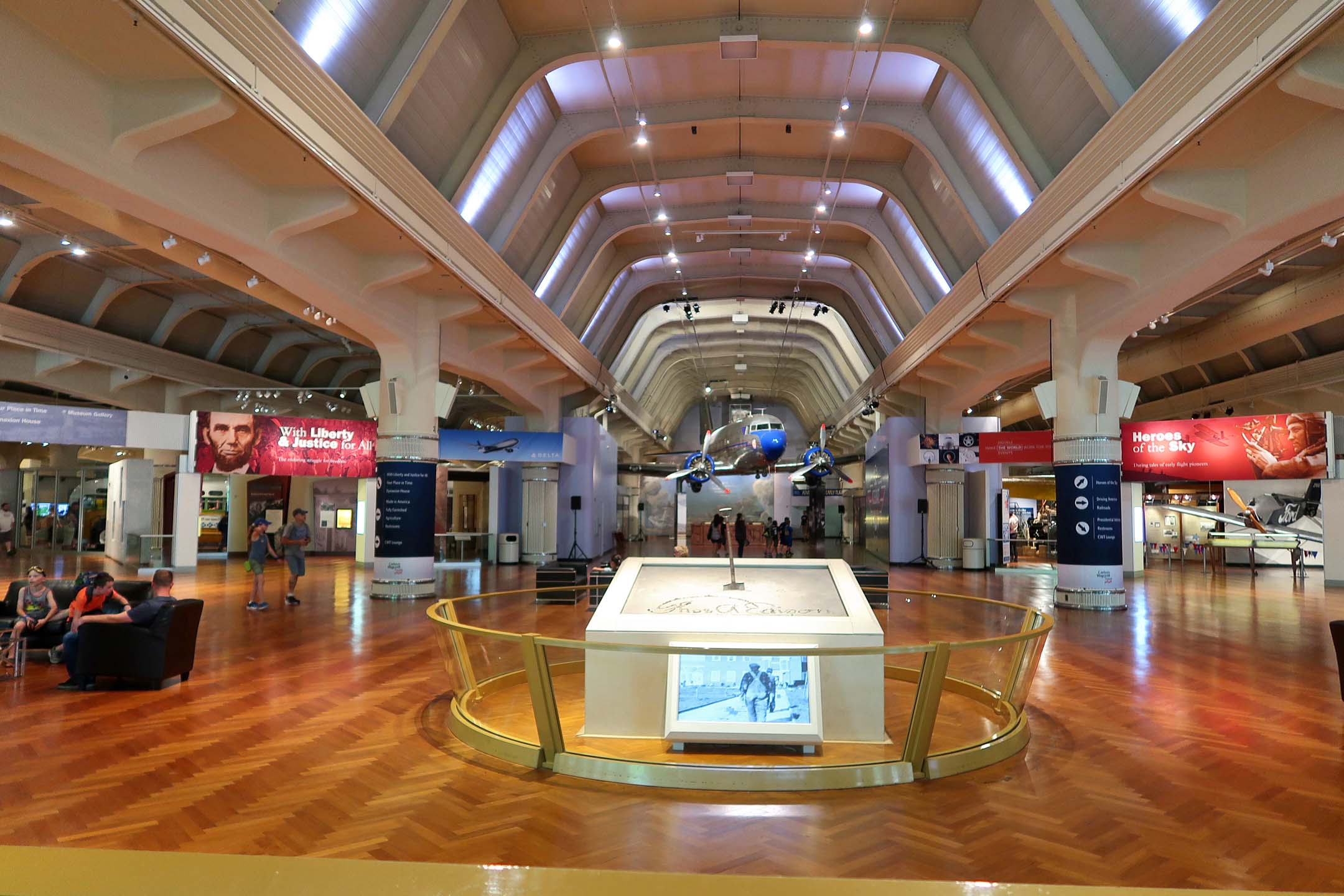 One of the museum's main hallways

He fondly recalled his rural childhood, which led him to buy items he remembered but which weren’t considered collectible at the time. The museum still contains many of these everyday pieces, such as kitchen stoves, coffee pots, furniture, and farm equipment. He told a newspaper that his “bunk” comment had been taken out of context: while schools taught about monarchies and world leaders, Ford was more interested in the historical importance of ordinary people.

Over the years even he bought and moved many important structures, including the Wright Brothers’ shop, his friend Thomas Edison’s laboratory, and his own first home and school to Greenfield Village, the largest of the museum complex’s attractions. 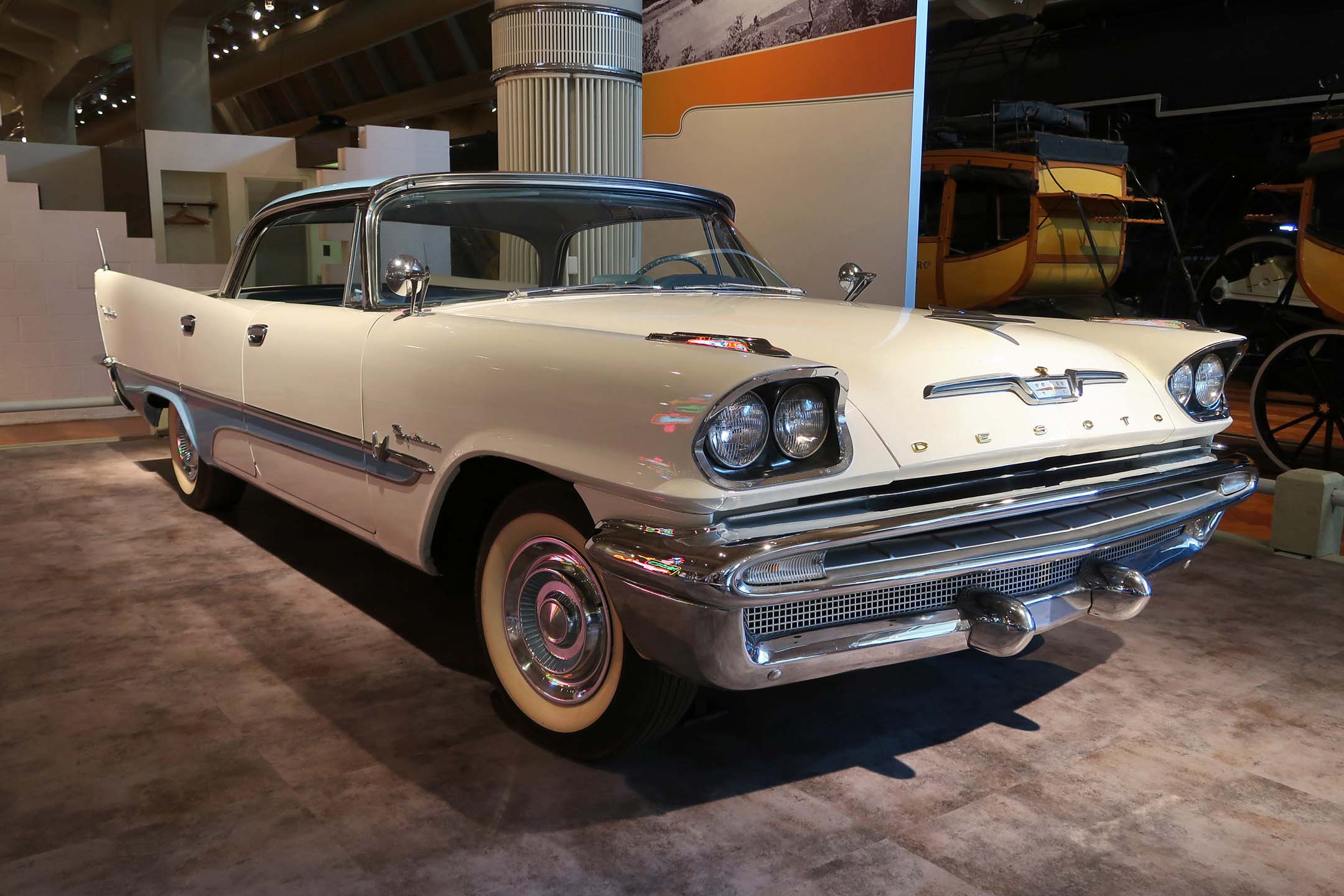 The Museum of American Innovation building was dedicated in 1929 as a private education centre, and then opened to the public in 1933. It covers an enormous range of items, even within the automobile section. A 1956 Chevrolet sits below a vintage McDonald’s neon sign, and you can eat in the restored 1940s diner behind it – although you’ll pay modern prices for your sandwich and pie, rather than the 45 cents advertised on the vintage signboards. Nearby, a 1957 DeSoto is parked outside of a 1960s Holiday Inn room, authentic down to the chenille bedspreads and painted cinderblock walls. I spent many a night in these as a child on my family’s frequent car trips, and it certainly brought back some memories. 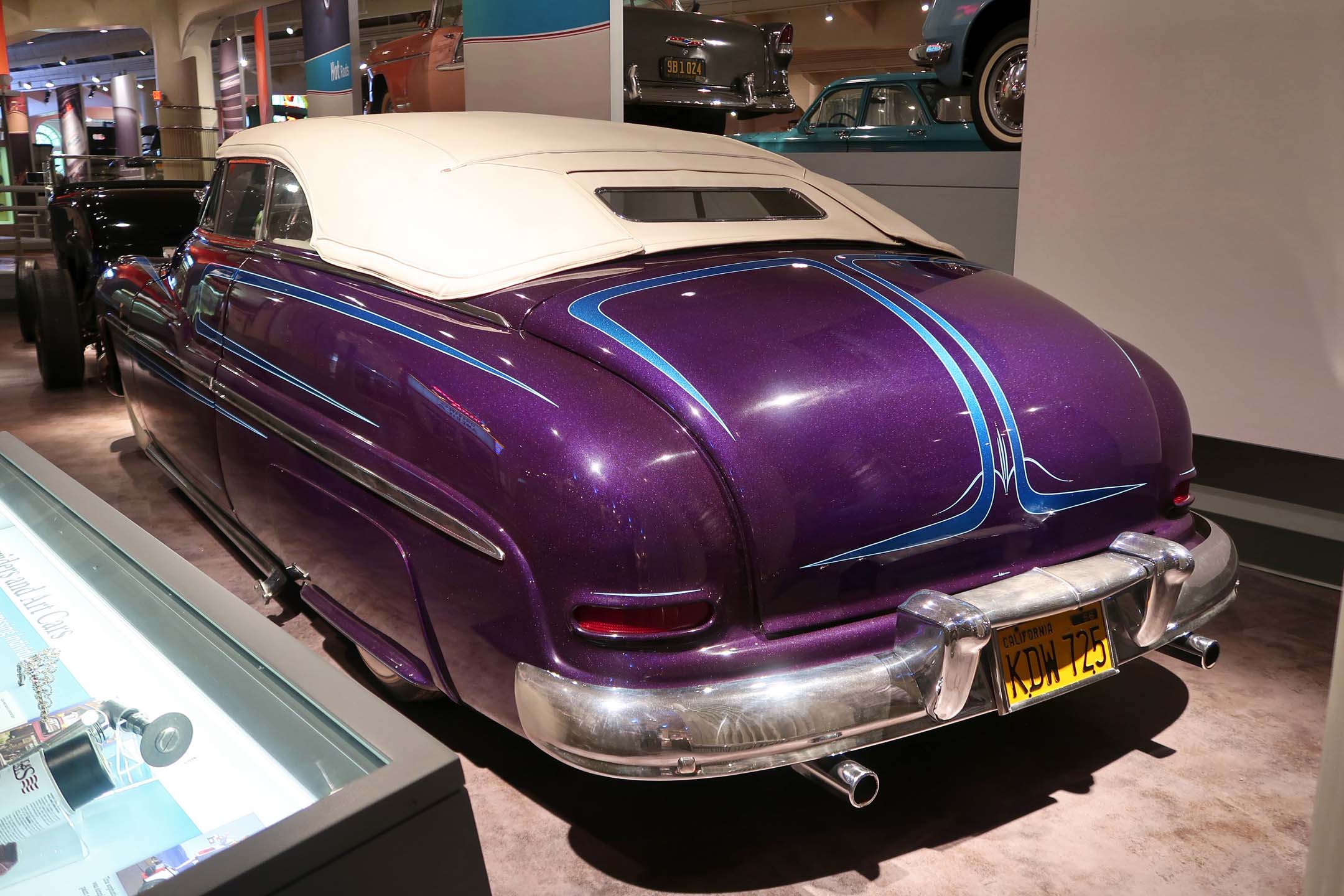 A 1949 Mercury customized by the late George Barris

In addition to what you might expect in any auto museum – vehicles like a bullet-nosed Studebaker, big-finned Cadillac and, of course, a Model T – there are some standouts. There’s a Chrysler Turbine, one of the handful left when the company crushed most of the experimental models, and an EV-1, the electric General Motors model that suffered the same fate. There’s a Mercury customized by the late George Barris, and one of the six Bugatti Royales that made headlines in 1987 when one sold for $9.7 million. 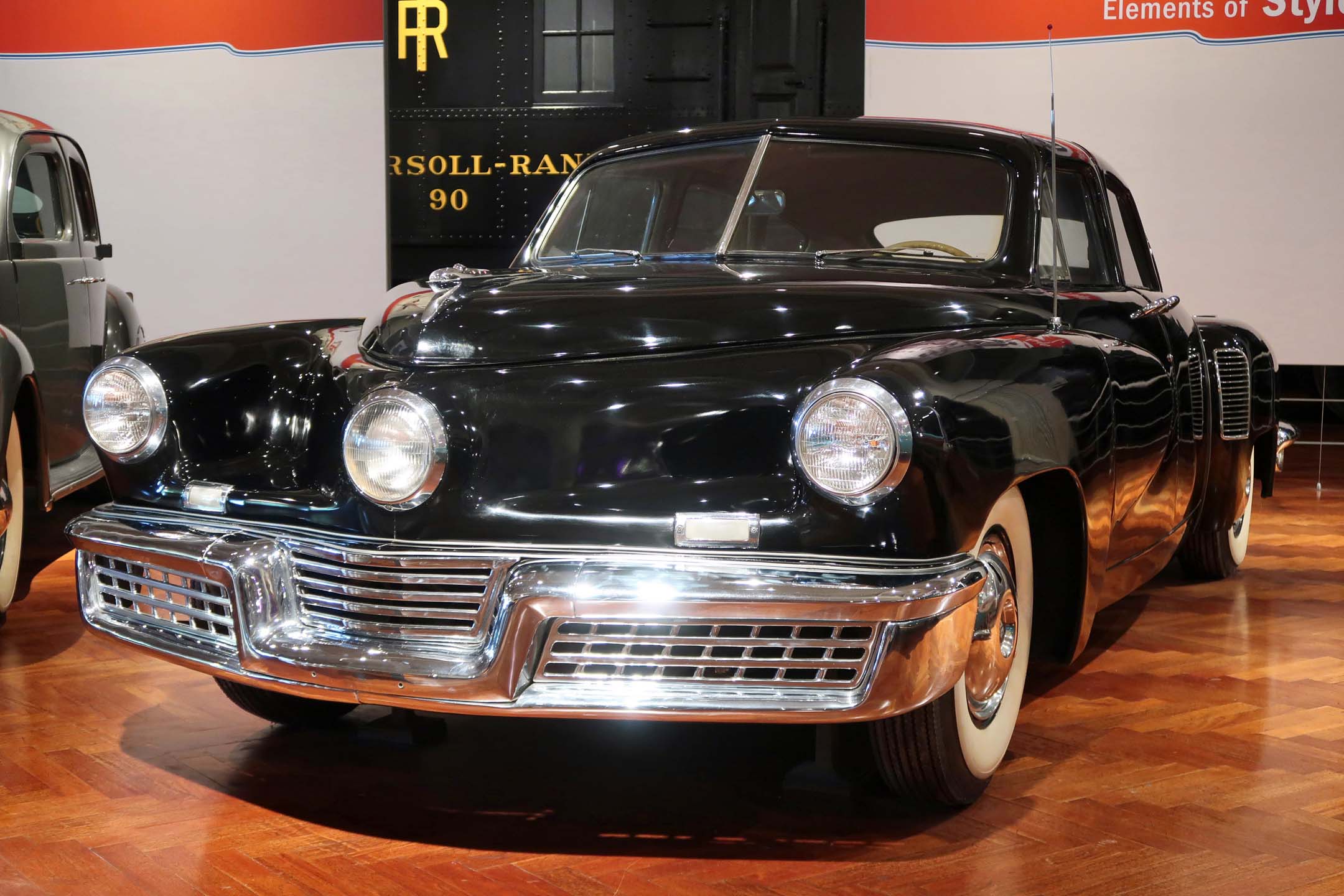 The 1948 Tucker never went into production, but the museum owns one of the 51 prototypes made

The main hallway has a number of presidential limousines, but the most photographed is a 1961 Lincoln. John F. Kennedy was assassinated in this car in November 1963. One might think that would be enough to pull it out of service, but the White House had the car rebuilt with a steel roof and put back in service, where it was used by Lyndon Johnson and Richard Nixon. 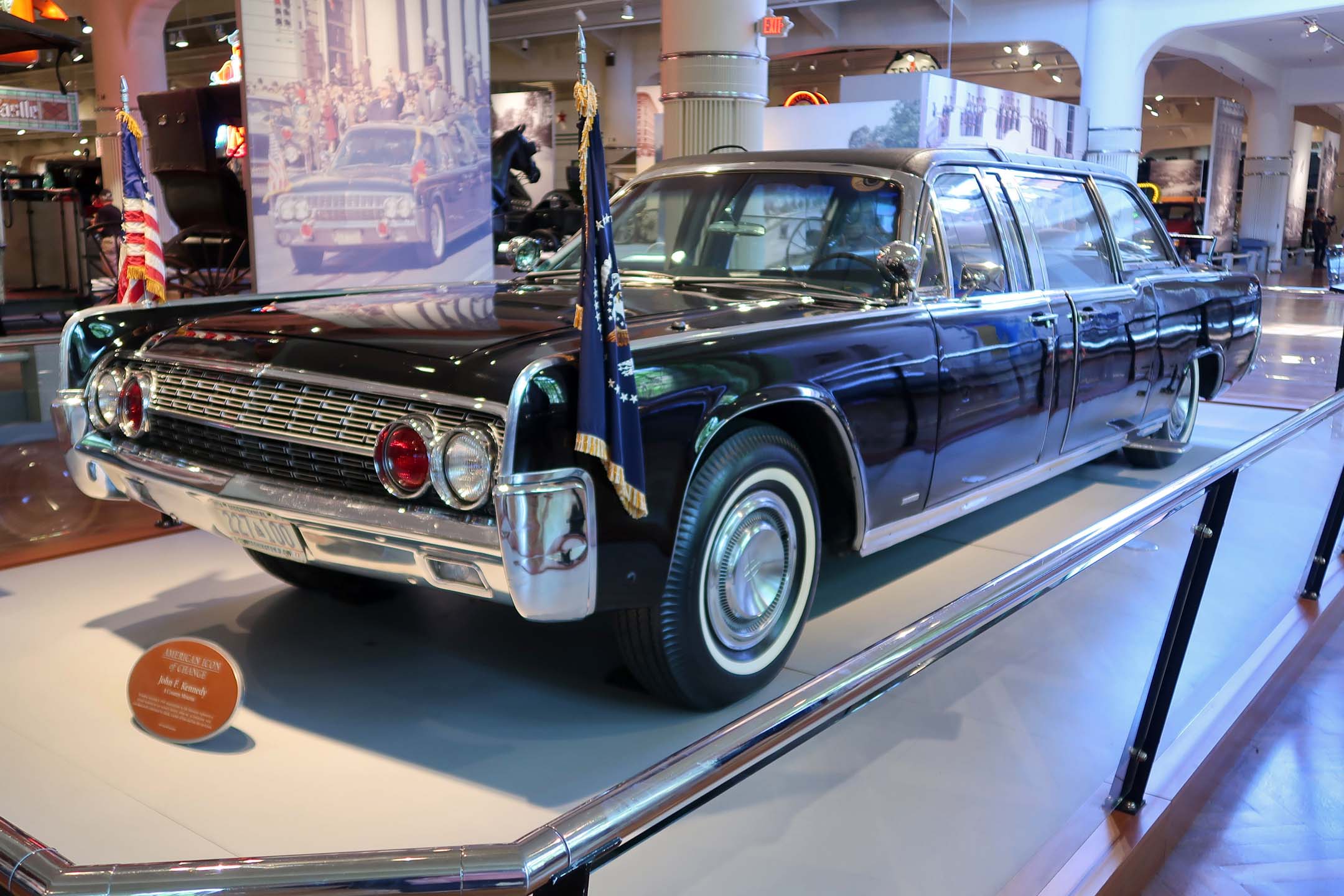 The 1961 Lincoln in which John F. Kennedy was killed was later rebuilt with a roof and put back into presidential service

And it’s not the only reminder of how tough the nation’s highest office can be. The museum also owns the rocking chair in which Abraham Lincoln was shot. It’s tied in to an extensive display on the Civil War, slavery, and civil rights, which culminates in a 1948 city bus. It would be otherwise unremarkable except for a day in 1955 when Rosa Parks, a black woman riding home in Montgomery, Alabama on the segregated service, refused to give up her seat to a white man and was arrested. Martin Luther King then led a year-long boycott against the bus company, which relied on the large number of blacks who used transit. This led to desegregation on the buses, and which in turn sparked the larger civil rights movement. 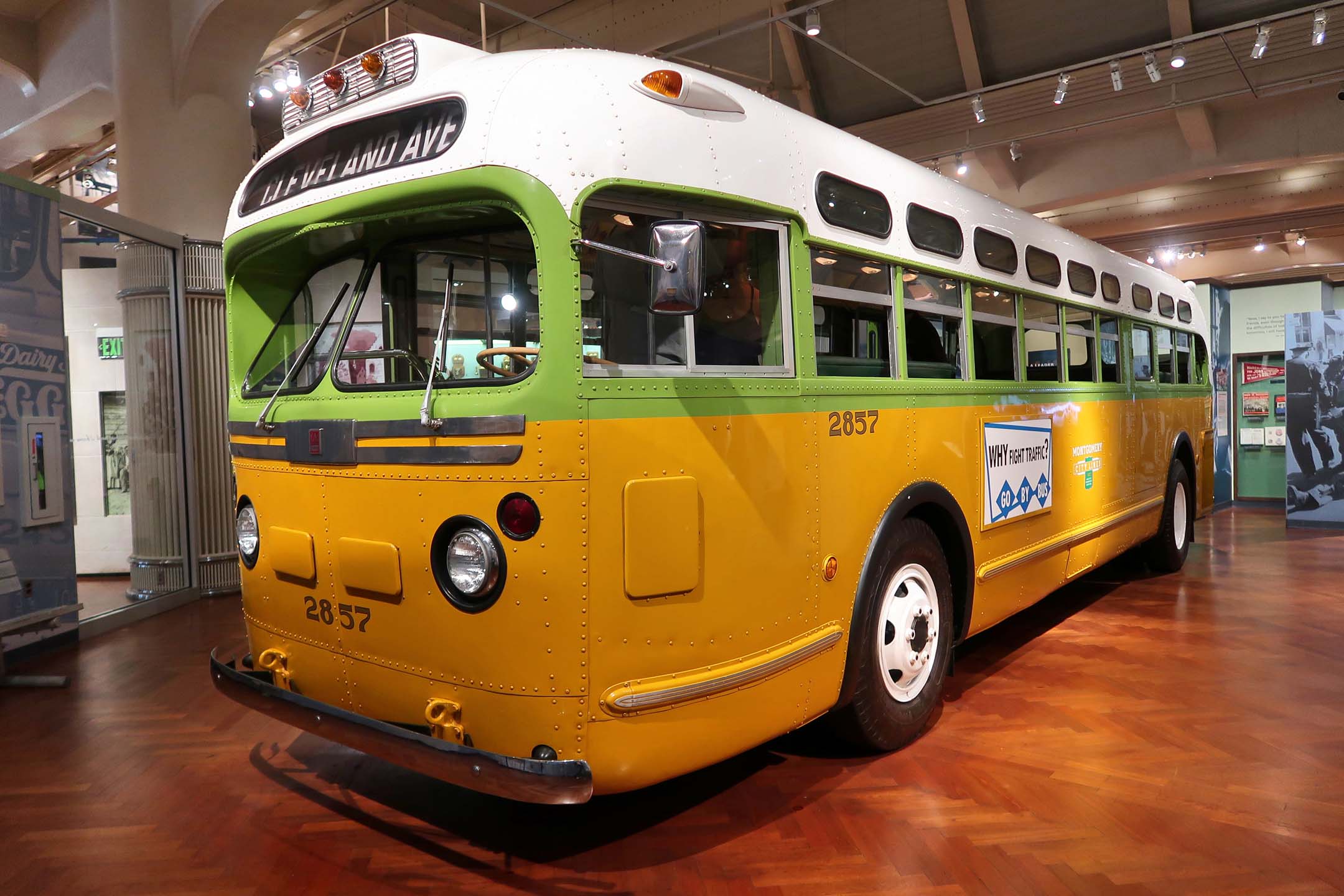 Rosa Parks refused to give up her seat on this bus, which ultimately led to desegregation on the bus line

After it was decommissioned, the bus sat for 30 years in a field and was used as a storage shed. In 2001 it was identified as the original bus, and The Henry Ford outbid the Smithsonian for it, paying US$427,919 and then spending another $300,000 to restore it. The interior had been stripped and all but the driver’s seat came from other buses, but you can sit in the place that Parks refused to leave.

Henry Ford’s belief that history was made by ordinary people is still much of the museum’s theme, and that aspect of it makes it a must-see. And, by the way, the cars are great, too.

The Henry Ford is located at 20900 Oakwood Blvd. in Dearborn, Michigan.