There are almost infinite reasons why people love Volkswagen Beetles. If you learned to drive between 1950 and 1980 or so, you likely had one of your own. It could be that you grew up on Herbie's big-screen antics. Maybe you're upset that after five Transformers movies, Bumblebee is still a Camaro and not the car he should be. Maybe you are just tired of modern sports cars that offer 400+ hp and take nothing more than an ill-timed sneeze to get you a ticket that costs a month's rent.

Whatever your reason, the Volkswagen Type 1, better known as the Beetle, has been a hugely popular car since the late 1940s. Volkswagen built and sold more than 21 million around the world. But now, 14 years after production ceased and nearly 40 years after sales in Canada stopped, the once universal Bug is becoming increasingly rare. 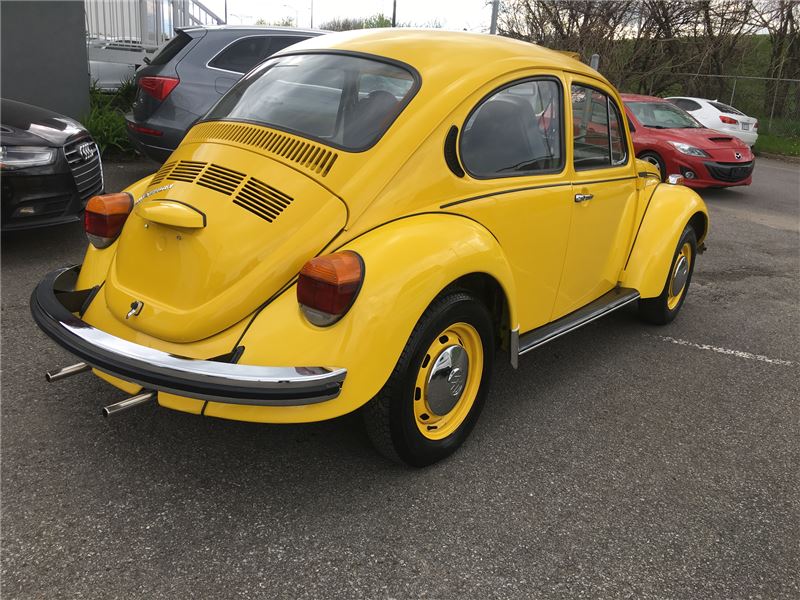 But if you're looking for your own Bumblebee, our autoTRADER.ca Find of the Week this week might be just the ticket. A one-owner, low mileage 1973 Super Beetle.

The Beetle was introduced in 1938, with the design contracted to Ferdinand Porsche. It was one of the first rear-engined cars since 1915. By 1938, German manufacturing was mostly concerned with production of vehicles that weren't subcompact people's cars. That meant that it didn't really go into mass production until 1945. 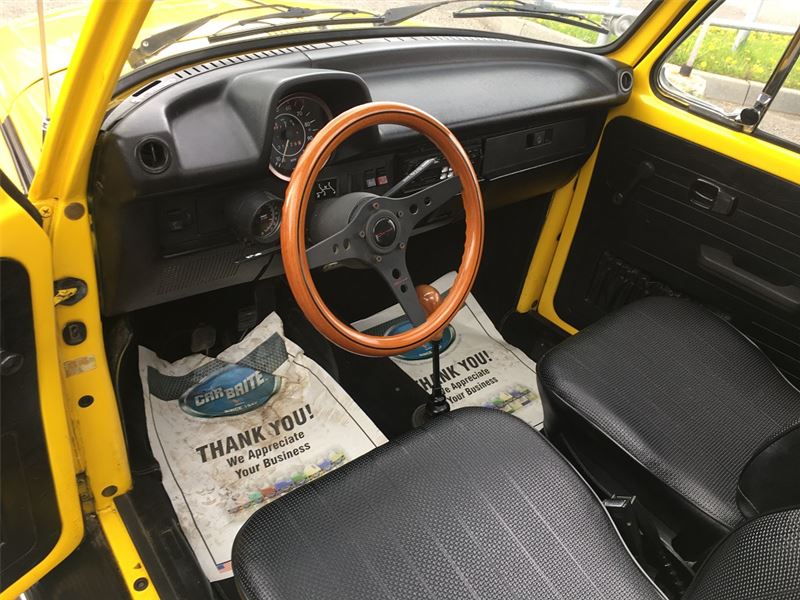 At that point, it had 25 hp and a top speed of 100 km/h. Fortunately for anyone who wanted to get somewhere the same week they set out, engines grew over the years. But despite sizes ranging from 1,000cc to 1,600cc and power growing from 25 hp to about 60 hp, it kept the rear-mounted air-cooled, flat-four layout.

Our 1973 model is a Super Beetle. When it was launched, it had the 1,600cc 60 hp engine. VW called it "the most powerful, most exciting and most comfortable Beetle ever." The spare tire was moved, the jack was moved, and the air-pressure powered washer bottle was relocated. That increased the front trunk to 255L, 86 percent more than before. An exterior oil cooler and trunk lid louvres were added to help keep the new engine cool. 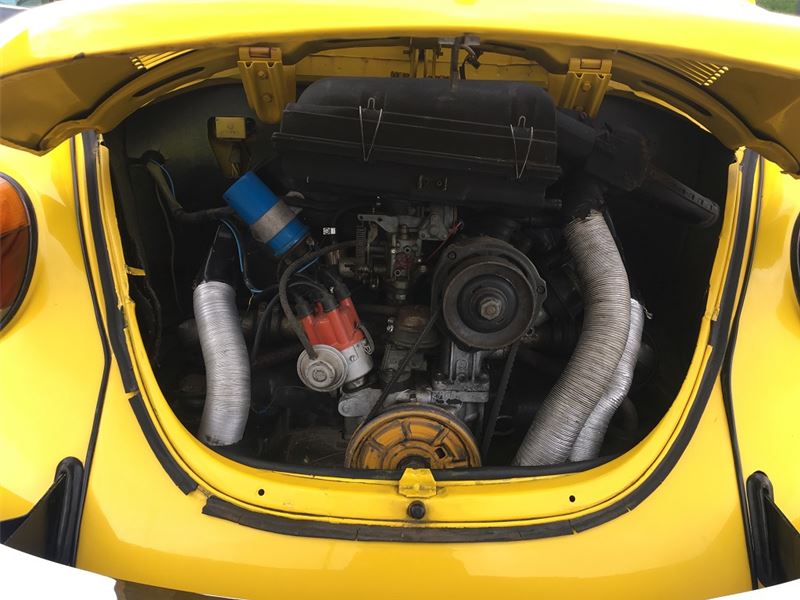 The suspension got an upgrade too. MacPherson struts up front and new control arms improved the turning radius. They made for more precise steering and a better ride too. In the rear, double-jointed rear axles were added that also helped ride and handling. The new car looked slightly bigger than the old one, but sales improved.

For 1973, a new padded dashboard replaced the flat dash that had been mostly unchanged since day one. The new dash had new vents for better airflow and was designed to accommodate airbags, although the airbags were never added for US or Canada. 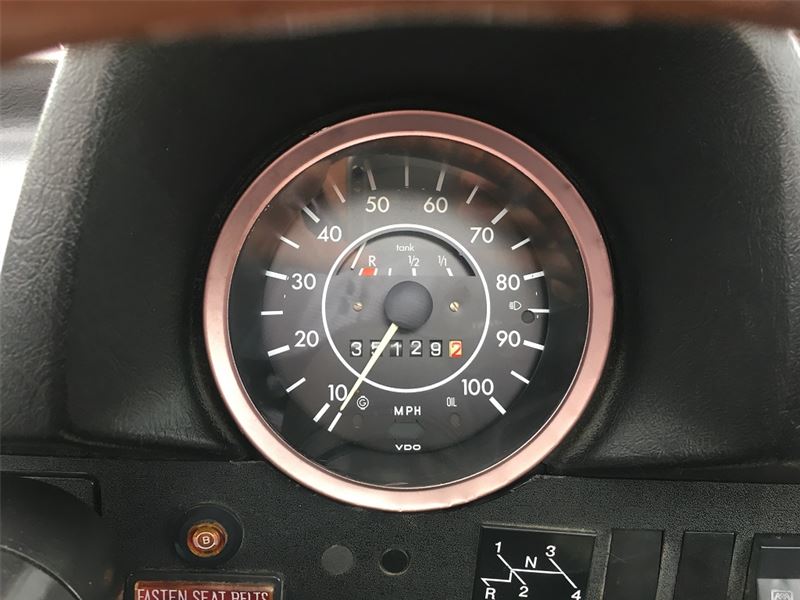 The seller of this car says that it's had just one owner in all these years. It has an original sunroof and a four-speed manual. It has just 35,129 km on the odometer, and it looks the part. The interior, the steering wheel, and even the engine bay all look immaculate.

If you want some small and cheerful fun this summer, check out this 1973 Volkswagen Super Beetle, for sale in Quebec City.