The Seven Sins of the Track Day Doofus Summer is here, meaning that track-day season is upon sensible, experienced, level-headed, non-egotistical motorsports enthusiasts across the country. Regrettably, summer also means that track-day season is upon inexperienced, smack-talking, over-confident gasbags across the country, too. These folks are headed to a track day near you – and they’re bringing along the IQ of a ham sandwich, and the driving manners to match. 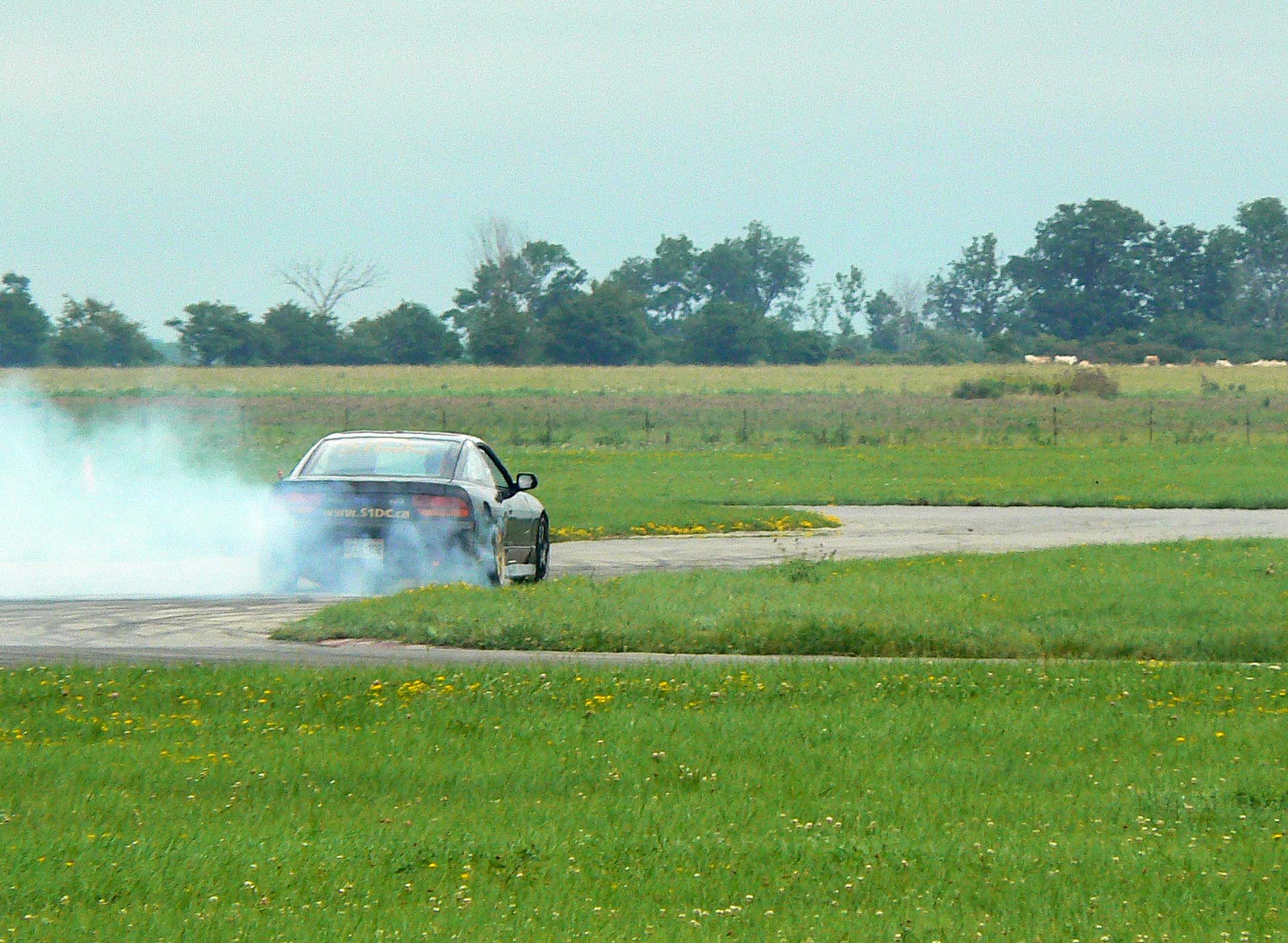 Often, the Track Day Doofus is easy to identify. They’re likely to show up after the driver’s meeting, skip greeting the event officials, and begin loudly spouting off facts about their ride, and themselves, that would be neat – if they were true. In most cases, the Doofus will rev their engine excessively at every chance, and is likely to do a burnout in the pits, or even while their vehicle is still on its trailer, if applicable.

Sometimes, the Doofus is a good driver – but often, they’ll crash, break something, or sideways-cartwheel the tire-wall multiple times before giving up on track day after an hour, and blaming their suspension tuning for their crappy driving. Use this to your advantage! Your writer recommends showing up late for track day, or avoiding track time for the first hour or so, to give the Doofus a chance to crash, break something, become frustrated, and leave. 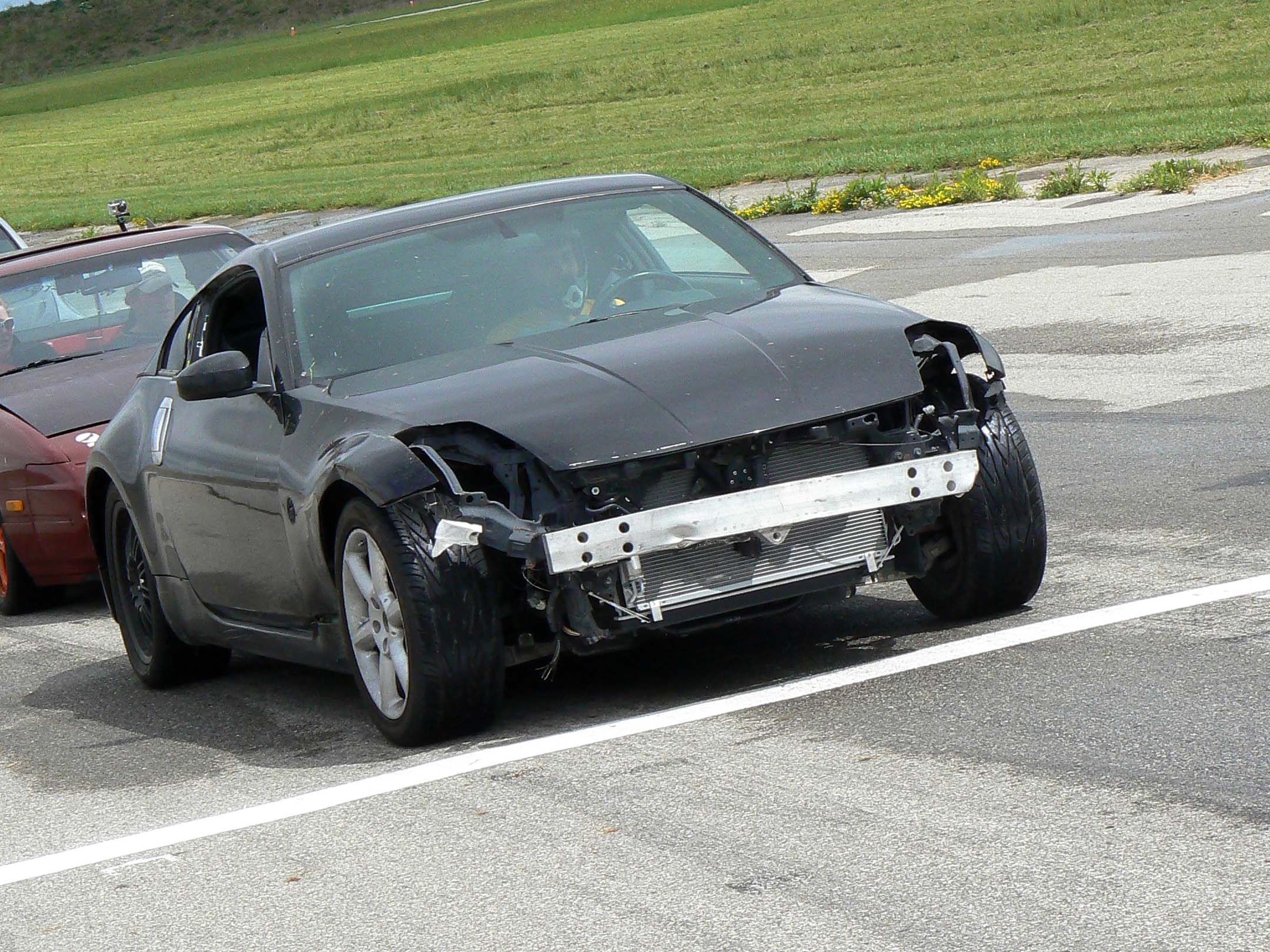 At many track days, the Track Day Doofus shows poor sportsmanship by holding up a line of faster drivers from passing them. Don’t be this driver. If you are, then you’re a Track Day Doofus. Letting a faster driver pass you isn’t embarrassing, no matter what they drive. Being a good novice involves letting faster drivers people pass you, and doing so makes you a champ, a boss, and earns respect from your fellow track day participants, who may offer you a delicious Gatorade afterwards, or let you chill under their sun-shade if you haven’t got one.

Many a Doofus fail to realize that it’s the driver, more than the car, that makes for fast laps – and if you’re a veteran in a Civic, the Track Day Doofus probably won’t let you get by their STI or Z06.

Sometimes, at track day, you go off of the track find yourself in some grass, gravel, or nearby foliage. Though rules to be observed after leaving the track surface vary from track day to track day, they typically look like this: stay in your car, get onto the track only when the way is clear, and return to the pits, immediately, while staying off of the racing line. Then, check for damage, leaks, or other concerns, and talk to an official.

The Track Day Doofus isn’t interested in rules, so they’ll often they’ll re-enter the track after a spin, cutting back into the line of lappers with little regard for safety, and typically, after making a doughnut or two in the grass. In the process, they’ll damage track property, and leave debris and mud and dirt on the track for other drivers to deal with.

Exercise extreme caution if the Doofus is re-entering the track near you. If they partake in any of the expected behaviours listed above, gathering a group of fellow lappers, and approaching an event official to have the Doofus ejected from the event is advisable. Bye-bye, Track Day Doofus! 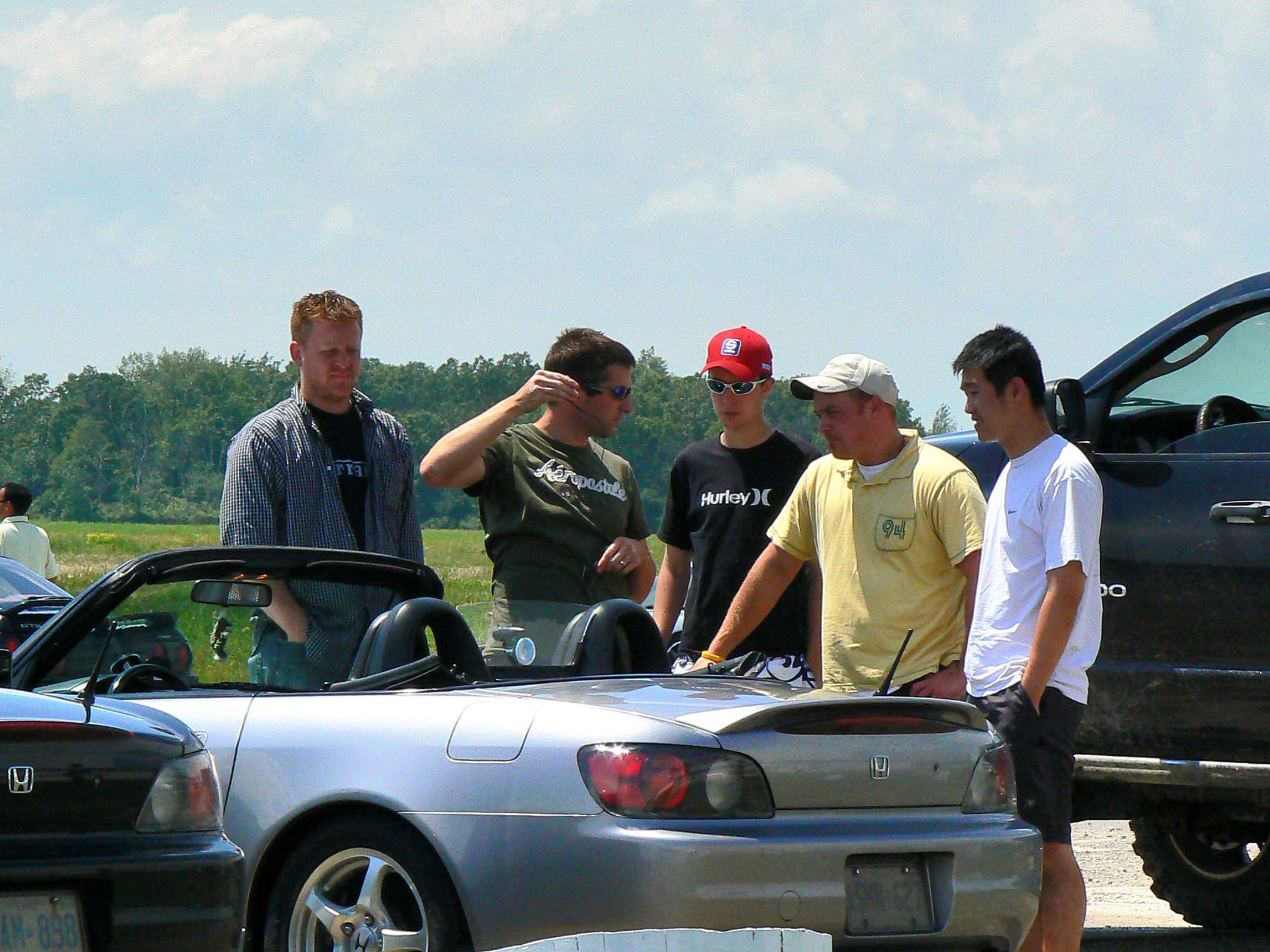 Your fellow track-goers aren’t your rivals or your competitors. If you think they are, then you’re a Track Day Doofus. Make friends with your fellow lappers. Learn about their cars. Offer them some of your chips.

You may be able to jump in with a more experienced driver to learn tips and tricks, or to get some advice or help, if you’re a novice. Knowing you’re a novice is awesome. Embrace it. Assuming you’re a pro, even if you’ve never been to a track day, makes you a Track Day Doofus.

If you feel you don’t need any help, or that everyone should jump in with you to learn how to go really fast, then you’re a Track Day Doofus, too. Don’t be a Doofus.

A further note. Make friends with the event officials, who work hard to put the event on and keep you safe. A handshake and “thank you” upon leaving the event can go a long way towards expressing your appreciation. Many track day officials thrive on coffee, so bring them a Timmies whenever feasible.

Sin 4: Breaking the rules (or not knowing them in the first place) 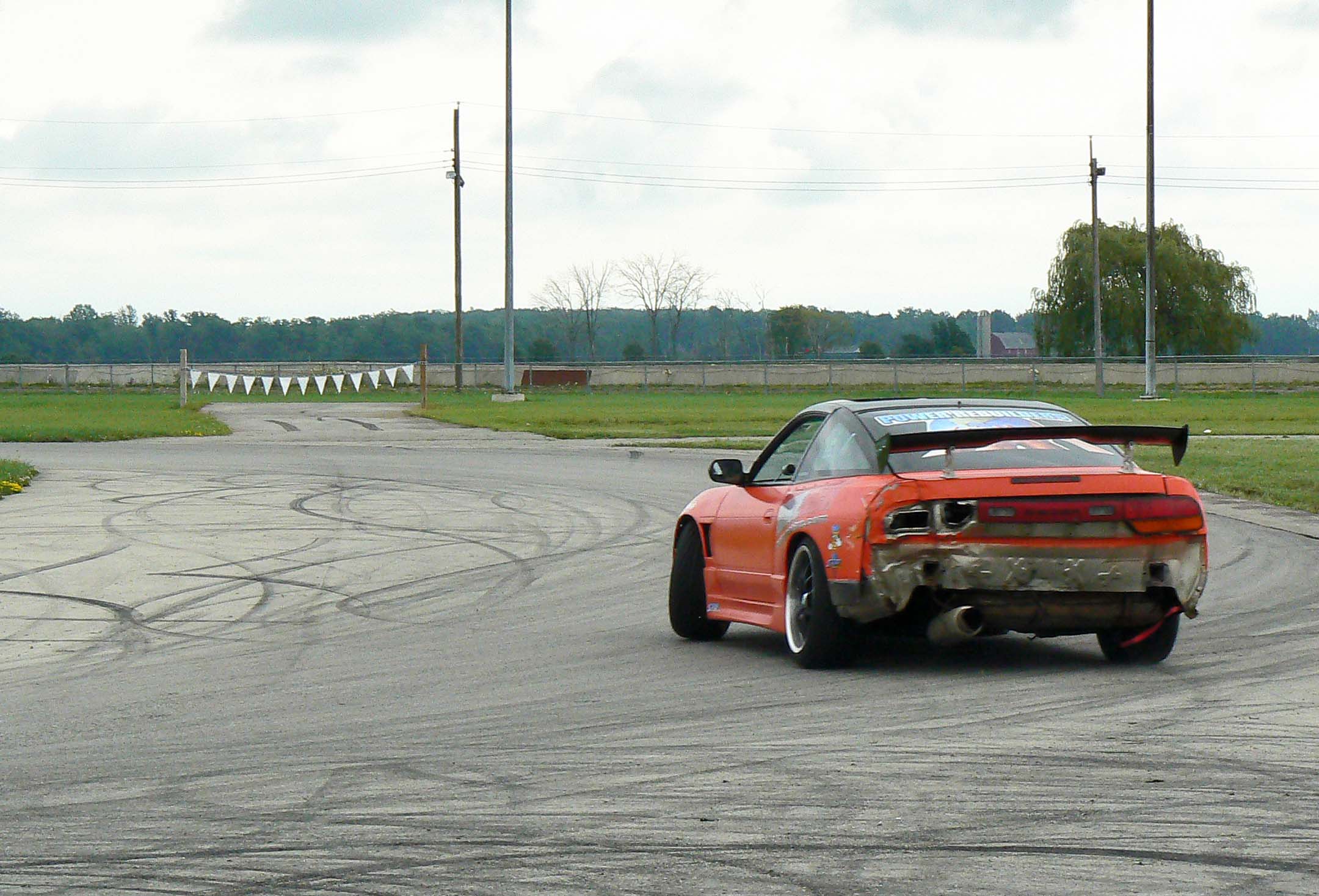 Depending on the organizers and facility, various rules will be in play for the track day you’re attending. Don’t forget that sometimes, even at the same track, different rules and regulations are in play on different days regarding passing, exhaust sound restrictions, driver meetings, marking of braking zones and apexes, helmet use, former driving experience, and the like.

The Track Day Doofus doesn’t attempt to learn or understand rules, either by attending the driver’s meeting, asking an event official, or sending an email ahead of time. Mainly, they just want to show up, drive really really fast, and show everyone how awesome they are.

“Take that newbz!” says the Track Day Doofus. “My A4 has an intercooler and tune and I’m going to smash you!” 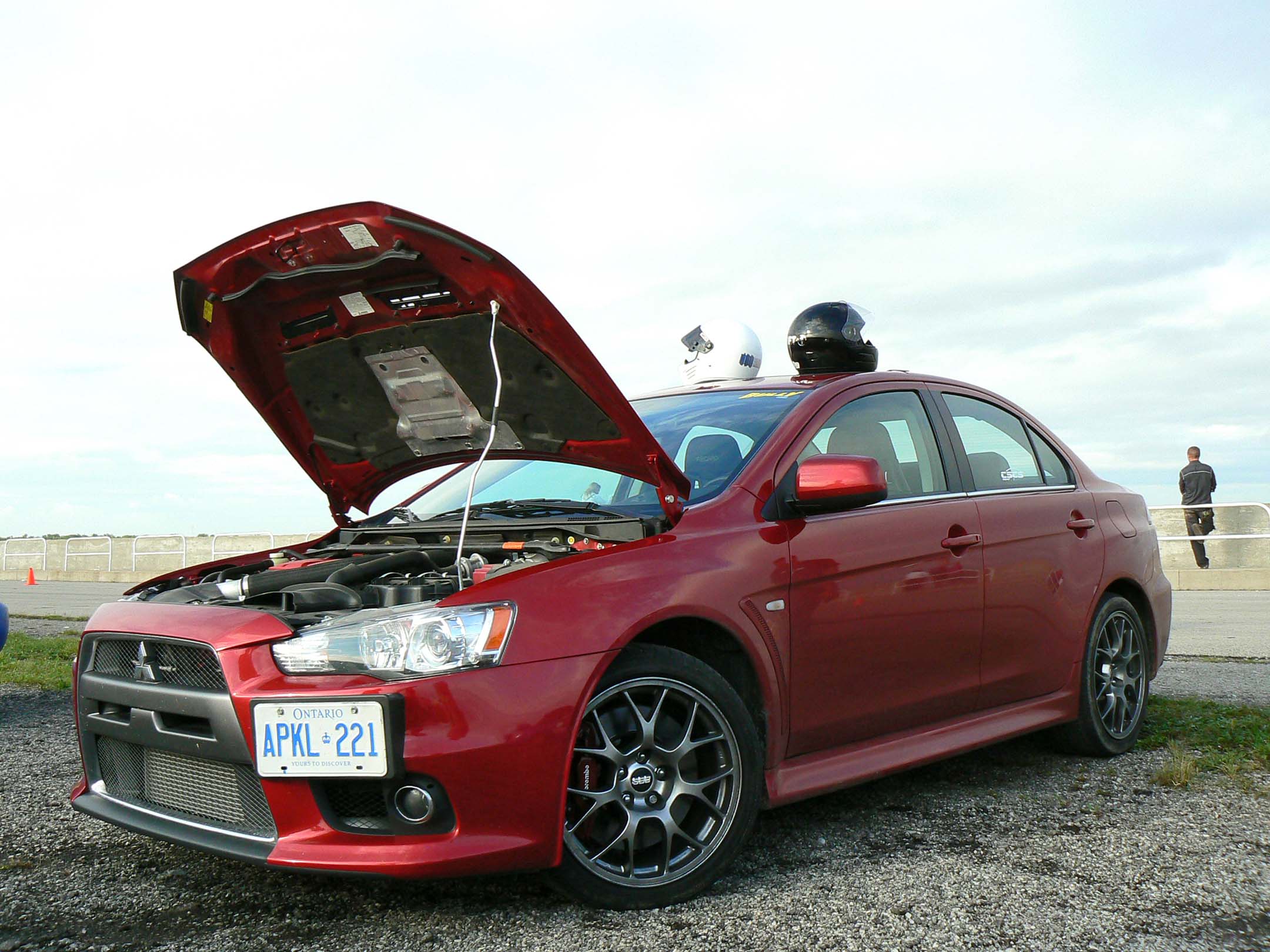 Some track days are wide open, operated like a free-for-all, with unlimited track access. Other track days allow drivers to register and drive within “novice” or “advanced” groups, which keep skill levels separated from one another, and reduce the likelihood of novice drivers from being intimidated or overwhelmed. The (advised) two-group setup also forces a rest for you and your ride between track sessions. Be aware of the nature of the group you’ll be lapping with, their expectations, and any segregation into groups.

It’s the driver, not the vehicle, that mostly determines which group you should run with. Even if you drive a super-fast F-Type or Gallardo, you’ll be best in the novice group until you learn the track, your ride, and yourself. Jumping right into the advanced group with minimal prior experience is a great way to be pushed by faster drivers, to screw up, and to spin off. Assuming you belong in the “advanced” group at your first track day because your Genesis Coupe has a chip and some sticky Nittos makes you a Track Day Doofus.

Sin 6: Making everything a race 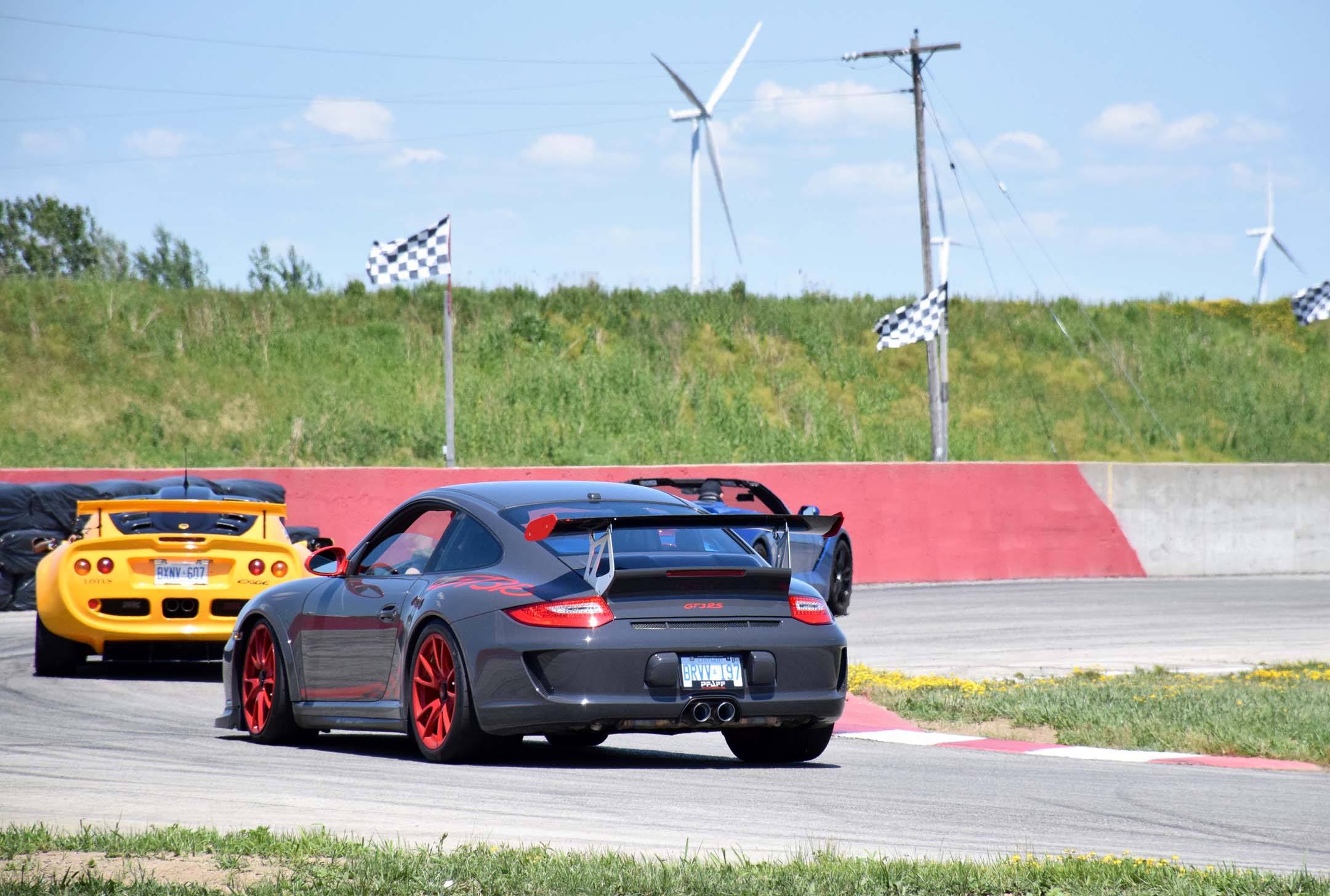 Track Day Doofuses often consider lapping days to be races, which they are not. This mentality can be dangerous, and cause accidents and injury. Rick Morelli, a professional driving instructor that’s supervised many track days, offers this advice: “Checking your ego at the door is a good idea – and so is staying humble and within your personal limits.”

Lapping with the mentality that you must pass all other lappers is dangerous, likely to cause an accident, and makes you a Track Day Doofus. If you spot the Track Day Doofus in your rear-view mirror, possibly an inch from your back bumper, keep your hero switch in the “off” position and signal to let them pass as soon as you safely can. This is unpleasant, since it gratifies their need to be ahead of you, however, it may increase the likelihood that you’ll go home with all car parts intact. 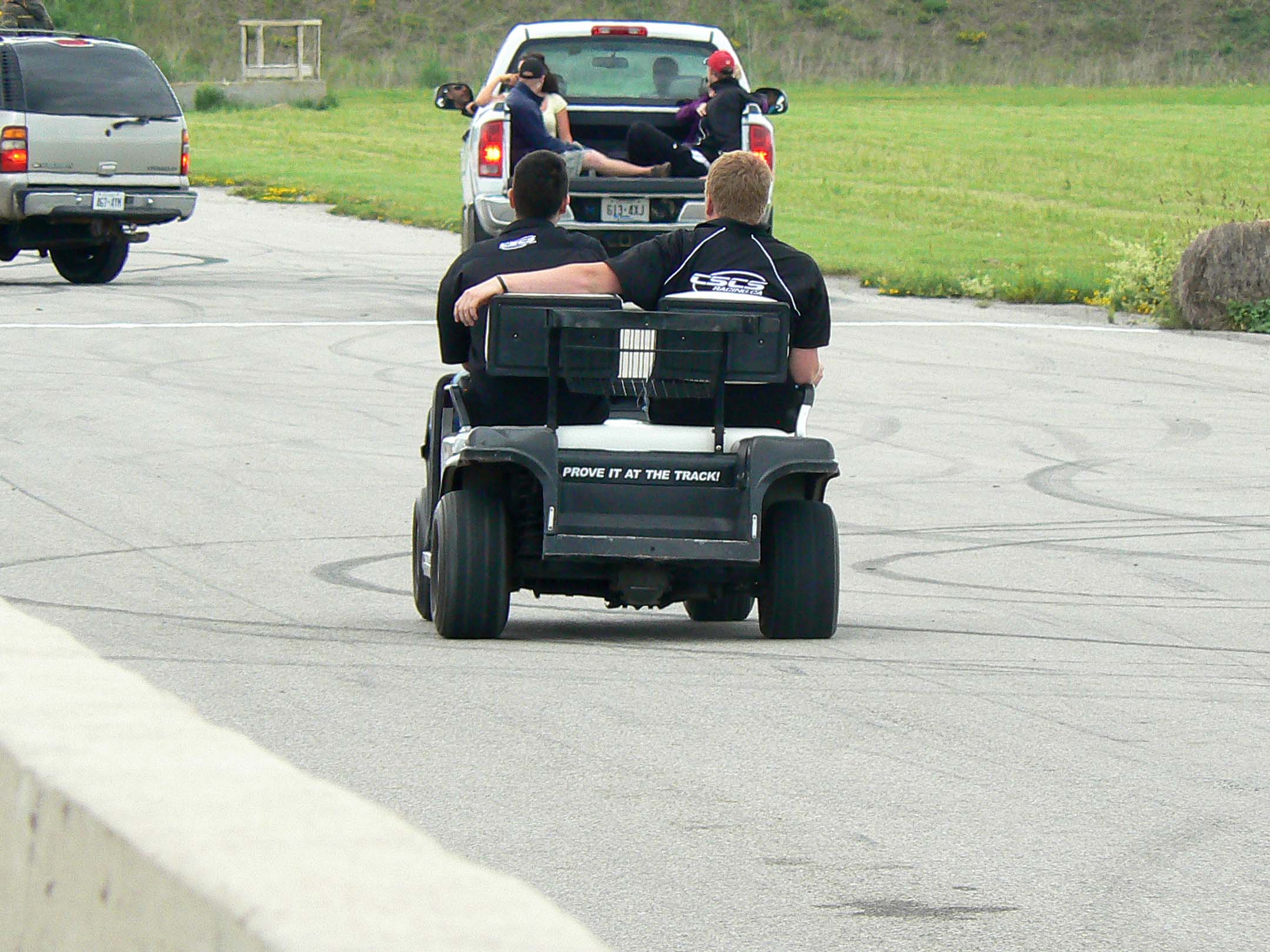 I asked Morelli how he deals with misbehaviour at his track day events. “In the end, you have to convey that what they are doing is not appropriate in the context of the event and offer them an opportunity to correct the behaviour, and in some cases, offer to teach them. If it offends them or they don’t cooperate, we suggesting finding alternative organizations to help them as a solution because they don’t fit in with us!”

Remember this above all else: if you suspect that the Track Day Doofus may behave in a way that compromises your safety, stay off of the track while they’re on it, and express your concerns to an event official.