Competing with comparables from Honda, Ford and Toyota with an eye for German-engineered quality, refinement and luxury, the Volkswagen Tiguan crossover hit the market for model-year 2009, and has enjoyed a loyal following of owners ever since.

Common owner praise-points for the Tiguan (AKA Tigger or Tiggy) include a quiet ride, comfortable cabin, taut handling, upscale interior trimmings and an overall feel of solid and dense quality.

All Tiguan models are powered by the VW Group 2.0T engine—namely, a 2.0L turbocharged four-cylinder with 200 hp and generous low-end torque compared to naturally-aspirated competitors.

Driving a Tiguan is badass partly since the turbo engine means you can dust CR-V’s and four-cylinder RAV4’s at stop-lights all day long, if you’re so inclined. Six-cylinder RAV4’s not so much, since those things go like the wind.

Anyhow, Tiguan has some pleasing acceleration to offer, and front or All-Wheel Drive (4Motion) models were available, as were automatic or manual transmissions.

Other trim grades were available to fine-tune the used Tiguan to your exact needs.

Common owner praise-points for the Tiguan (AKA Tigger or Tiggy) include a quiet ride, comfortable cabin, taut handling, upscale interior trimmings and an overall feel of solid and dense quality. On models with the 4Motion AWD system, all-weather traction is rated highly, too. Your writer can attest to the other common praise point: the available bi-xenon headlamps. They’re magnificent.

Common complaints include a high up-front price, sometimes-clumsy navigation interface, and a small cargo hold leading to limited cargo space available without folding the rear seats flat. Further, despite Tiguan’s sporty engine, some owners take issue with its requirement to be fed high-octane fuel, too.

Here are some owner reviews.

Tiguan appears a fairly solid used crossover bet, though a few checks are advised. Start with a scan of the engine’s computer at a VW dealer: this is a good idea on any used ride, though many Tiguan owners have reported issues with ignition coil packs, sensors or even a build-up of valve gunk causing poor performance, sporadic power delivery and other issues, most of which will either cause a check-engine light to illuminate, or a trouble code to be stored in the computer. A computer scan is fast, cheap, and can reveal a multitude of problems that might be waiting to surface.

Inspect the wheels for signs of excessive pitting, flaking finishes or corrosion, noting that owners have reported premature wear of their wheel finishes, and that Volkswagen does offer a warranty on wheel finishes.

Confirm proper operation of the Bluetooth system, all steering-wheel mounted controls, motorized seat adjustments and the Tiguan’s climate control system, ensuring each works as expected. Confirm proper operation of the Tiguan’s xenon lighting system too, if equipped. Xenon lights last longer than halogen lights, though they’re pricier to replace when they do burn out.

Though infrequent, some owners have reported issues with the Tiguan’s cooling system – so have a VW mechanic inspect the level and condition of its engine coolant, and check for signs of coolant leakage, which could indicate a bad water pump or other issues. As an additional check, look for signs of fluid leaking beneath where the Tiguan is parked before your test-drive, noting that a big puddle of coolant likely means the water-pump needs to be changed.

Check for signs of wet or musty carpeting on the floor of the Tiguan you’re considering, which could be evidence of a leak caused by plugged sunroof drain tubes, or what appears to be an issue with leaky door seals, or a plugged drainage system within the doors that fails to channel water outside in heavy rain. Wet carpeting is yucky, and can cause rust and mildew, so be on the lookout. If you determine the issue to be drain tube related, one fix may be to unload a compressed air line into the tubes, which will hopefully ‘blow out’ any blockages.

As a general rule, avoiding the panoramic sunroof in your used Tiguan should keep you from experiencing any leak-related issues.

A few owners have reported having transmissions replaced under warranty in earlier models, and others note a strange and intermittent thump as the vehicle comes to a stop in traffic. Information on Tiguan transmission issues is scarce, but if the automatic gearbox in the unit you’re considering exhibits any unwelcome behavior, be sure to have it checked out.

Tiguan’s most common issues seem easy to diagnose and repair, and they’re all reported fairly infrequently. Thanks to Volkswagen’s experience with the 2.0T powerplant and 4Motion system, shoppers can take confidence in buying a used copy that passes a basic mechanical and computer scan at a VW dealer. 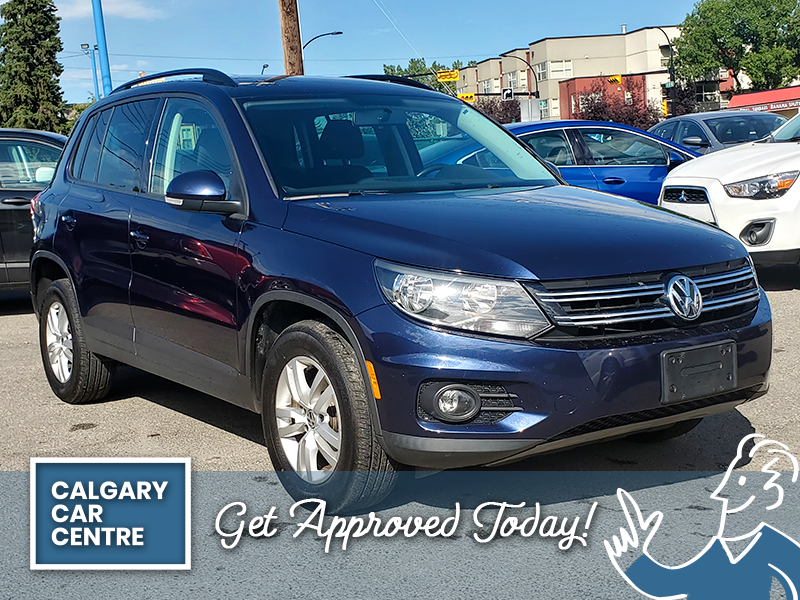