An all-new Hyundai Tucson model is arriving at dealers for model-year 2016, meaning the previous 2010-2015 generation model has fully transitioned into used car territory. Launched for its second generation in 2009 to give the Equinox, CR-V, RAV4, Patriot and other compact crossover SUV models a run for their money, Tucson was popular with value-minded shoppers after safety, technology, style and utility.

Note that model-year 2014 saw an update that boosted feature content, performance and efficiency. For instance, the Driver Selectable Steering Mode (DSSM) system was added to the options list, allowing Tucson drivers to toggle between three distinct steering modes on the fly. Both engines now featured GDI direct injection technology for improved output and efficiency, and a suite of upscale features, including a panoramic sunroof and reclining, heated second-row seats were available. Updated looks and a re-tuned suspension helped round out the updates.

Finding a used Tucson with a healthy portion of factory warranty remaining shouldn’t be difficult, especially if your budget allows you to shop for an improved 2014 or newer model.

From 2014 and on, both of Tucson’s engines use GDI technology to give shoppers more power output and reduced visits to the gas station. The 2.0L four-cylinder makes 164 horsepower and increased torque over the previous year’s engine, while the 2.4L turns in over 180 horsepower—an increase of 6. Drivers can choose a six-speed transmission in automatic or manual (front-drive only), as well as all-wheel drive (AWD), depending on the model selected. Pre-2014, all models got a 2.4L four-cylinder.

Many owners praise Tucson’s ‘just-right’ sizing, cargo accommodations, driving feel and storage space throughout the cabin. Overall value for the dollar and generous standard feature content across all model grades helped attract shoppers to showrooms with a comfortable ride sealing the deal in many cases. Some owners note confident performance from the AWD system in wintertime, and report feeling well backed up when the going gets slippery. Safety features and fuel mileage are also highly rated.

Some owners wish the Tucson was a touch larger, and for seat fabric that’s less easily stained. Many owners report satisfaction with fuel economy, but a healthy cluster of owners also complains that they’re unable to achieve the factory-claimed fuel efficiency figures.

Here’s a look some owner reviews on autoTRADER.

Though finish durability is largely a function of maintenance, care, climate and the environment in which the Tucson is driven, some owners have reported peeling or fading paint far earlier than expected, so start a test drive will a full and thorough walkaround. Scrutinize the condition of the paint at the front edge of the hood and bumper, and call excessive wear into pricing negotiations. Further, check around the inner and lower edges of the doors, hood and liftgate for signs of sneaky rust.

Then, drive the Tucson in question with an ear for rattles, clunks, tapping sounds or popping noises from the rear end, especially in cold weather. Any unwelcomed sounds fitting this description could be the result of a bushing in the suspension that is suffering excessive wear, or shrinkage in the cold, and allowing metal suspension components to contact one another. Other unwelcomed noises have been reported by some owners as a precursor to an under-warranty replacement of some suspension components, like the shock absorbers or shock mounts. A quick look up and inside of the wheel wells of the model you’re considering may reveal a fluid leak down the shock assembly, which indicates a bad shock absorber that will require attention.

Next, check the shift lever, multiple times, as you change from Park to Drive to Reverse and the like. Do this several times on a test drive.  Any issue shifting smoothly between position, or unwelcome hesitation or clunking during gear shifts, may require attention to the shifter linkage, in the form of lubrication, adjustment or replacement, depending on the severity of the problem. While shifting gears frequently, ensure your Tucson candidate’s back-up camera (if equipped) works as expected, several times. Some owners have reported issues with the reversing camera, which may be caused by anything from a bad camera module (not too expensive) up to and including the need to fully replace the central display unit in the dash (very expensive). Activate the back-up camera several times on your test drive, confirming it works as expected.

Note that some owners have reported issues with the Tucson’s automatic transmission, relating to hard shifting, failure to respond with a downshift, or random clunking from beneath the vehicle during shifts. Though somewhat inconclusive, these issues may be software and sensor-related in nature, possibly caused by a bad vehicle speed sensor, or a bad temperature sensor within the transmission. Some owners have had success with having new software installed to the transmission control computer, or having that computer reset.

Note that if you purchase a Tucson near the end of its powertrain warranty, be sure to have a dealer document any issues like these as they come up, which may make future warranty claims easier, if required. Issues may also stem from a bad shift solenoid, or a bad Transmission Fluid Sensor. Overheating transmission fluid, caused partially by low fluid levels, can cause issues, too. Translation? Talk to your local Hyundai service advisor about potential transmission concerns ahead of your pre-purchase mechanical inspection.

Run the climate control for your entire test drive, switching occasionally between all fan-speed ranges. Be on the lookout for a blower fan that cuts out at random, which is likely the result of a bad fan relay, which is a simple and easy fix.  Also, be sure to run the sunroof, if equipped, through its open and closed positions, several times. Any lagging, hesitation or strain, or failure to open or close quickly, could be a sign of a worn out sunroof motor, which can be pricey to repair outside of warranty.

Here’s an interesting list of Technical Service Bulletins, or TSB's, issued to dealers by Hyundai, to help mechanics in addressing common complaints.

Tucson was loved for value and an all-around pleasant and flexible driving experience, though a list of owner-reported issues illustrates the importance of a pre-purchase inspection at a Hyundai dealer before your purchase. Commonly reported issues should be easily identified and diagnosed by a Hyundai mechanic, and shoppers can seek out a used model with low mileage to maximize their protection from Hyundai’s warranty coverage, too. With a clean bill of health and a thumbs up surrounding the condition of the Tucson’s suspension, transmission and accessories, shoppers can proceed with confidence. 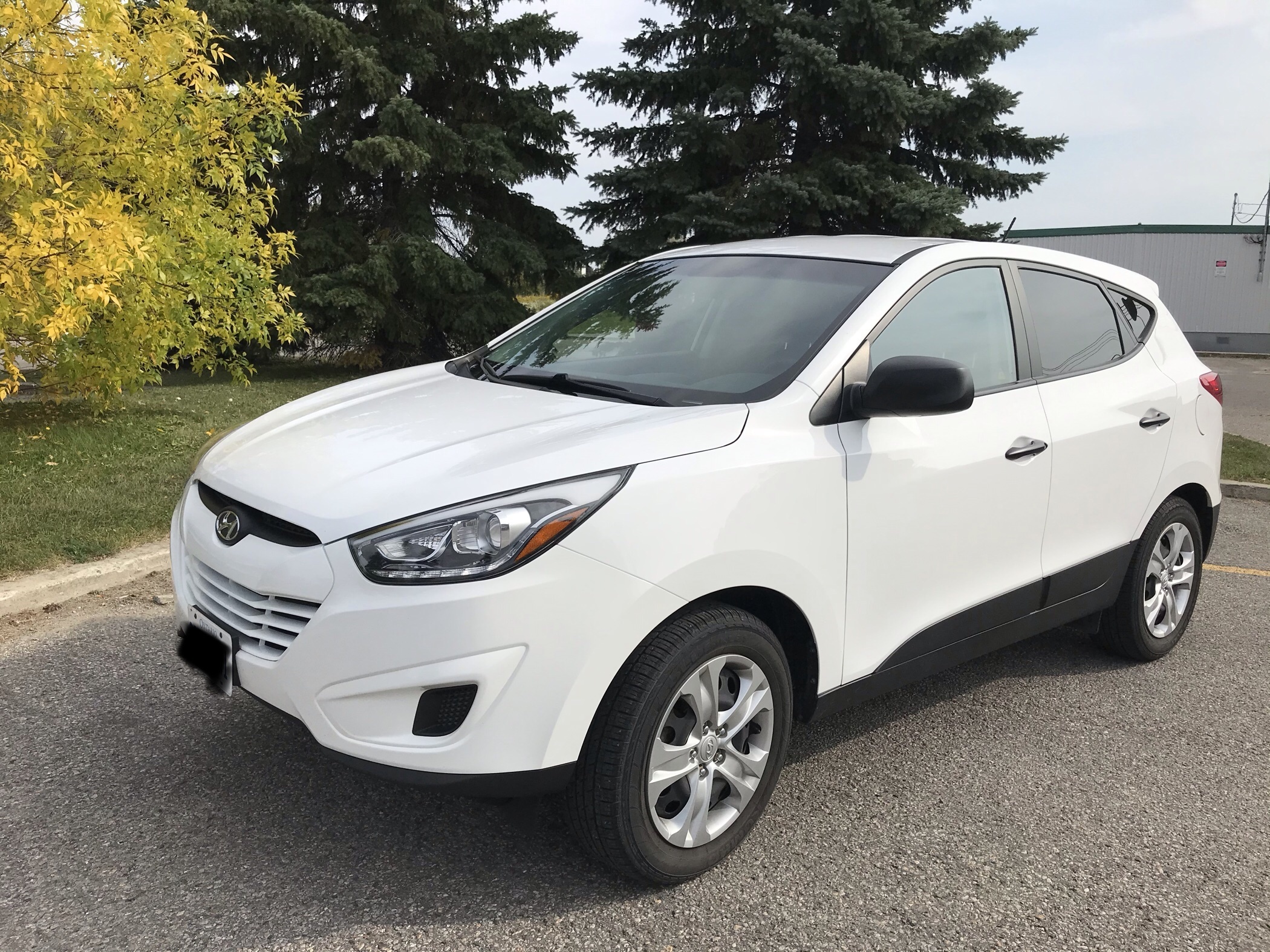 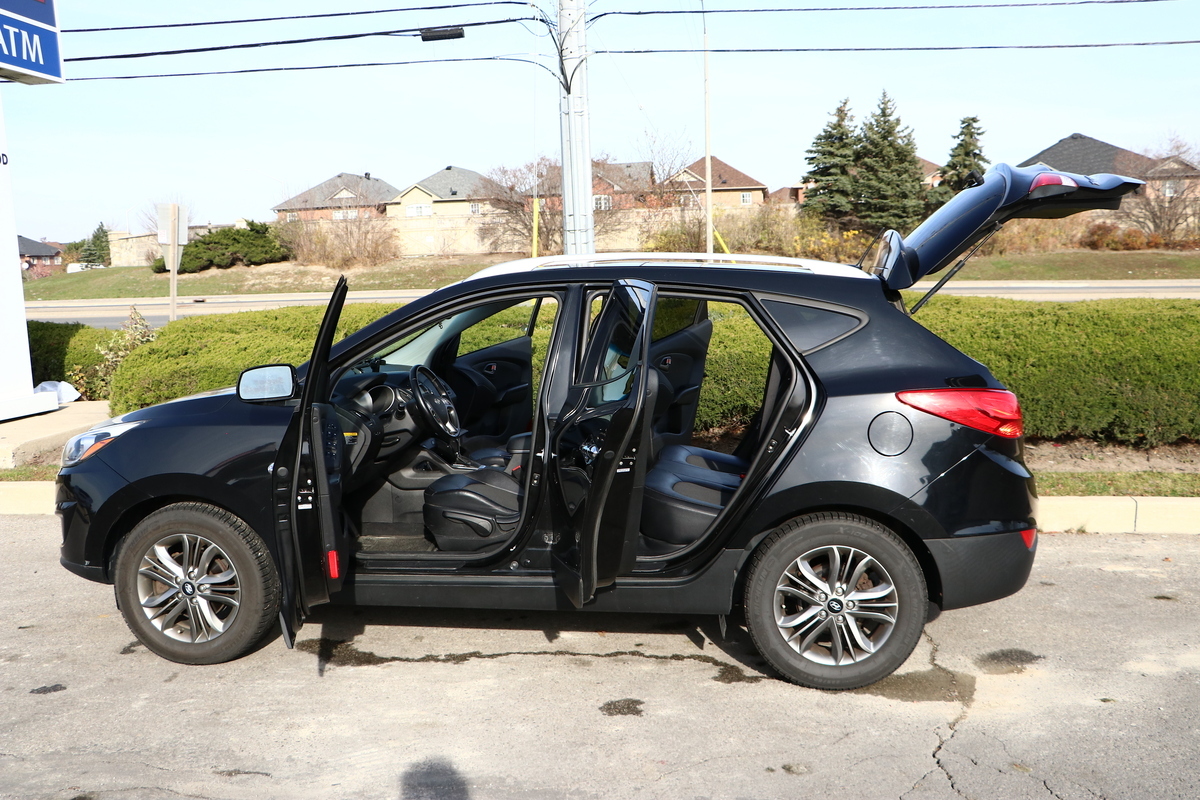