History/Description: Porsche launched their first production four-door car model for 2010, and have been selling the Panamera strongly ever since. Designed to be a four-seat, four-door sports car ready for any road or weather, it flaunts a one-of-a-kind cabin with a strong dual-cockpit design, exceptional performance across the model range, and a laundry list of top-line features. Look for climate controlled seats, xenon lights, voice-command, navigation, Bluetooth, a full driver computer and plenty more. Panamera offers a decent trunk and room for four adults to travel in comfort.

Not surprisingly, Panamera owners tend to rave about exclusivity, performance, handling, acceleration and the brand’s heritage.

Engines / Trim: Most used Panamera models will offer a strong 3.6L V6, a 4.8L V8 in various states of tune, and a twin-turbo version of that V8, also in various states of tune. Turbo and Turbo S models got the turbocharged V8 engines, while Panamera S models got the free-breathing V8, replaced for the 2014 model year by a 3.0L twin-turbo V6 that later made its way into the Macan crossover. In fact, the new turbo-six turns in over 380 lb-ft from just 1,750 rpm. That’s a slight increase in torque, but available from nearly 2,000 rpm earlier than the V8 it replaces.

Standard Panamera models got a naturally aspirated V6. Note that a 4 in the model designation indicates the presence of all-wheel drive (AWD), which is standard on Turbo and GTS model grades. Look for a 7-speed PDK transmission with paddle shift for fully automatic operation and lightning-fast manual-mode shifting.

A Panamera Hybrid was also available.

What Owners Like: Not surprisingly, Panamera owners tend to rave about exclusivity, performance, handling, acceleration and the brand’s heritage. A rich, beautifully assembled interior is also noted. Panamera should prove comfortable for four adults on a road trip, and AWD-equipped models have plenty of traction for slippery roads. In all, here’s a car that demonstrates plenty of attention to detail and premium trimmings, which work towards its lofty price tag. The premium stereo options are powerful and vivid, and should appeal to audiophiles.

What Owners Dislike: Common complaints centre around the model’s controversial looks and high cost of purchase and options. Some owners wish for a little less clutter of controls on the centre console, too. Rearward visibility is also noted to be fairly poor.

The Test Drive: Note that the data below is derived from a limited amount of online owner discussion and review—and that the majority of owners seem to report few if any issues from a used Panamera. Though buying a Panamera from a Certified Pre Owned (CPO) program at a Porsche dealer is ideal for maximum confidence, a few checks should still be considered before your purchase, CPO or not.

As a performance model, an up-front check of the used Panamera should include tire condition, all fluids, and brake pad life. If the model you’re considering has the available ceramic brakes, carefully inspect the (very expensive) rotors for signs of cracking, which will require replacement rotors at approximately the cost of a new Kia.

Ensure the Panamera you’re considering isn’t suffering from a coolant leak, possibly from a cracked thermostat housing or leaky water pump, and more likely on early copies of the model with the V8 engine. Typically, a coolant leak can be detected via a puddle beneath the vehicle, a careful look for coloured fluid down the front of the engine (with the engine’s snap-on cover removed, if applicable), or some warning message in the instrument cluster. Have a mechanic take a look if you’re unsure how. Low coolant, or a sudden coolant loss, could result in engine damage. Here’s some more reading.

Some owners have reported excessive oil consumption, though given the limited number of Panamera owners, and even more limited number of them taking to the web to share their stories, it’s unclear if this is a worrisome issue. For maximum confidence, be sure to seek out a model with full oil change records, check the oil level before your test-drive, and monitor it after. If the model you purchase begins showing signs of excessive oil consumption, be sure to have it documented at a Porsche dealer before any remaining powertrain warranty coverage expires. Here’s some more discussion.

Poor, lumpy or hesitant acceleration on any model could be caused by faulty ignition coil packs, which are a common problem in numerous Volkswagen, Audi and Porsche products as they age. Be sure the Panamera you’re test driving idles, cruises and accelerates smoothly. If not, ignition coil packs should be inspected, as should the engine computer. On that note, be aware that any transmission or shifting-related clumsiness will likely be caused by the computer module which controls the transmission, and not the transmission itself—though a dealer technician should inspect to confirm.

Scrutinize the cabin for signs of excessive wear to the seats and steering wheel, as well as door scuff plates. Run through all interior electronics, checking for proper operation of the Bluetooth interface, navigation, driver computer, climate control and power seat functions.

Note that the demanding and complicated electrical system in the Panamera can experience numerous glitches if the battery isn’t fully charged, perhaps if the seller only drove the car on an infrequent basis. If you’re planning to leave your Panamera in the garage for extended periods, consider investing in a trickle charger. Here’s one of several discussions outlining the Panamera’s potentially annoying electronics-related issues, which may range from non-functional radio and navigation screens to fussy door locks and remotes to failed electronic parking brakes, to wonky iPhone connectors and alarm system operation. Many owners have discovered these issues may result from a poor battery charge.

Finally, check all exterior ornamentation for signs of damage, or missing badges or ornaments. Some owners have reported bubbling, easily-damaged or even missing ornamentation, caused by adhesive failure.

One other note: avoid a Panamera Turbo or Turbo S that’s been modified via non-factory engine tuning, often used to turn up turbocharger boost to create more power output. For the average driver, this type of modification can cause negative effects on durability of all engaged powertrain components, and possibly reduce engine and turbocharger life, not to mention voiding any remaining warranty.

Recalls for the Panamera 4S here, and Panamera Turbo here. 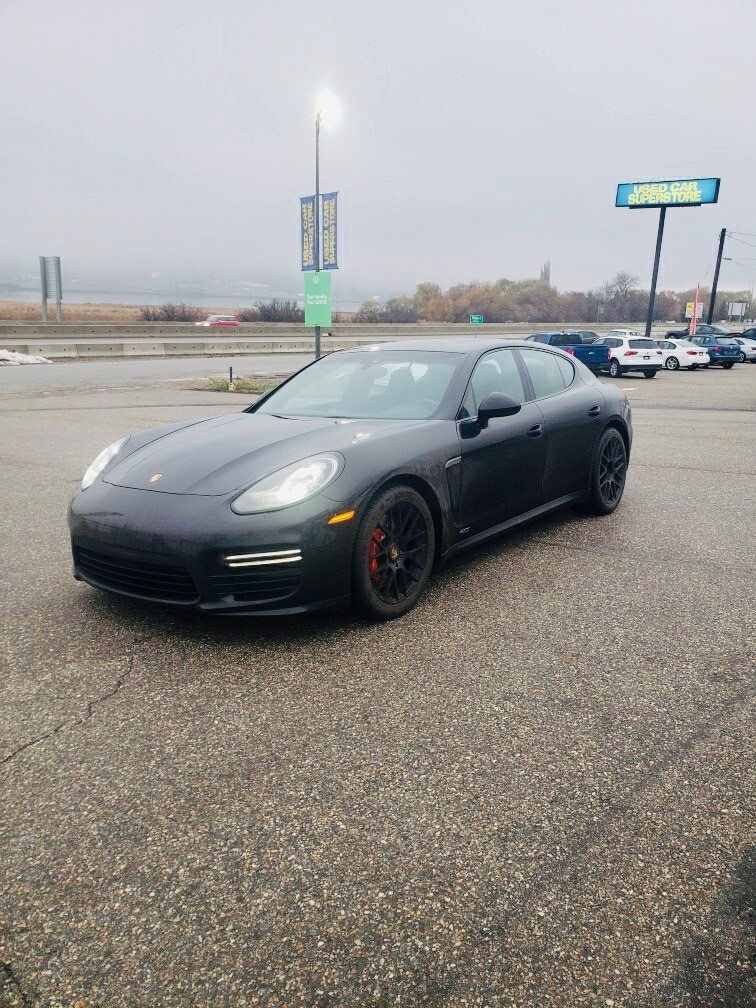