Optional Crawl Control and Multi-Terrain Select systems were on board, allowing drivers to tell the vehicle what sort of terrain they’re about to encounter, and allowing the computer to effectively optimize throttle sensitivity, braking and shifting as appropriate for the situation at hand. The Crawl Control setting, notably, is like an off-road cruise control system that maintains a crawl-like speed, regardless of terrain or inclination, allowing drivers to focus solely on steering.

With towing capacity at 5,000 lb and a generously-sized interior with plenty of storage and flexibility, the 4Runner is easily adapted to the job at hand. A quiet ride and easygoing power steering, for instance, makes for a highly civilized drive around town, or for the daily commute. Upscale feature content, including a sunroof, navigation, premium JBL audio system implements and automatic climate control are all on offer for long-haul comfort.

4Runner is powered by a 4.0L, 270 horsepower V6 that’s more powerful than the larger V8 engine it was conceived to replace. All models got an automatic transmission. Look for a part-time 4x4 setup, or an all-time multi-mode 4x4 system with locking differential. Multiple grade levels were available, including the value-based SR5, the Trail model, which sits mid-pack for pricing and focuses on off-road capability, and the top-line Limited model.

Owners report a high degree of off-road capability, a sense of confidence in all terrain and weather conditions, decent space, and a relatively comfortable ride. The engine is a decent all-around performer, too, according to many drivers. The high-end stereo system is a feature content favourite as well.

We’ll start with a note on modifications. Most shoppers should avoid a used 4Runner model that isn’t stock, especially if modifications to the suspension, engine, or wheels and tires are present. Here’s a writeup on non-factory tire and wheel fitment, outlining the pros and cons. The gist?  Though bigger wheels and tires will make the 4Runner look tougher and enable added capability, they can also cause excessive wear on various components, including axles and axle seals, and cause an inaccurate speedometer reading.

Have a mechanic inspect the axle seals of the 4Runner you’re considering, especially the front ones. Leaks are most often the result of the current or former use of oversized wheels, and in some cases, bad axle seals can allow contaminants and moisture into other components, like the front differential, which can cause added damage.

Lighting modifications are also popular in the 4Runner world, though shoppers are advised to confirm that any non-factory lighting hardware is legal, properly installed using relays and quality parts, and that all wiring is safe and intact to avoid potential electronics issues or dangerous shorts.

While cruising, attempt to focus on the front and rear differentials of the 4Runner with your ears, listening for any unwelcome rubbing or whining sounds. Another way to coax unwelcome sounds from a worn-out diff is to travel at a low speed in a tight circle, listening for any clicking and feeling for any binding. Though it’s unclear how common an issue it is, some owners have reported differential problems. If in doubt have your favourite mechanic or a Toyota service centre have a closer look.

If you’re unclear on the service history of the 4Runner you’re considering, a full fluid change (coolant, oil, transmission, differentials, brakes) is an excellent idea for maximum peace of mind. Further, all standard off-roader checks still apply. In an hour or less, your favorite mechanic can get your used 4Runner candidate in the air, and check it out for worn CV joints, CV boots, leaks, signs of excessive rust and off-road damage, as well as the condition of the suspension, driveshaft, brakes, tires, and fuel lines. If a former owner has attempted to re-model the oil-pan with a boulder, you’re best to find out before forking over your cash.

When driving, be on the lookout for a mysterious sound, like a groan, from beneath the 4Runner, usually at about 50 km/h or so, and more often while decelerating. Though the claimed cause of this issue isn’t fully understood, it may relate to bearings or bushings within driveline components. If detected, before or after your purchase, be sure to have a Toyota service centre document it right away, which could make future warranty claims easier, if needed.

Here’s a delightful thread where current fifth-generation 4Runner owners talk to a prospective shopper about issues to be on the lookout for during a test drive. The gist? This is a solid-looking SUV where reliability is concerned, with most issues relating to tailgate rust-bubbles, worn tailgate gas struts, and a possibly weak or broken driver’s seatback assembly. Translation? Most owners have had little if any issue with their 4Runner—perhaps except for a variety of unwelcome sounds and sensations through the driveline, many of which have an associated Technical Service Bulletin (TSB), which helps your local Toyota mechanic remedy the problem quickly.

One additional note:  any funny-business relating to the passenger-side seatbelt chime or an associated airbag warning is likely the result of a damaged or broken wiring harness under the seat.

Find the used 4Runner you’re after, test drive with the above information in mind, and buy confidently once you’ve got a two-thumbs up from your mechanic. A healthy and properly cared-for unit should be a fantastic used SUV investment that can be enjoyed with minimal issue for years to come. 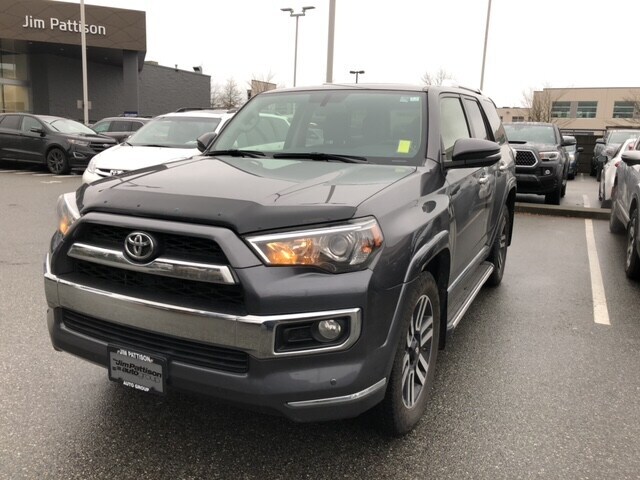