Many owners like the Ram’s tough but comfortable ride, a commanding driving position, numerous thoughtful feature and storage touches, and the availability of several fuel-efficient engine options.

If you’re after a used pickup, the fourth-generation Ram 1500, also known as the Dodge Ram, offers up plenty of selection, packages, features, options, and some of the most handsome pickup truck looks on the road. Launched for 2009, this generation Ram debuted a new multilink rear suspension, a heavily upgraded interior, and an abundance of feature content – including climate-controlled leather seats, a heated steering wheel, heated second-row seats, automatic climate control, a sunroof, upgraded audio systems, automatic lights, push-button start, and plenty more. Numerous body and bed lengths were available, too.

Look for special-edition models that kitted this generation Ram up as a value off-roader, a luxurious towing rig, a rolling social lounge, an outdoorsy enthusiasts truck with no frills, a two-wheel drive sport truck, and anything in between.

Below, we’ll look at some highlights of the Ram 1500 model range, and some checks that potential used Ram 1500 shoppers should make ahead of their purchase for maximum peace of mind.

Many owners like the Ram’s tough but comfortable ride, a commanding driving position, numerous thoughtful feature and storage touches, and the availability of several fuel-efficient engine options. Of course, owners of Hemi-powered models largely report satisfaction with the performance. Styling and spaciousness are also rated highly.

Some owners wish for an easier time parking the Ram, and headlight performance is noted to be adequate at best. Further, some drivers wish the rear suspension did a better job of resisting “squatting” when the vehicle is heavily loaded. Many owners report disappointment in being unable to achieve rated fuel consumption figures, even with the fuel-saving eight-speed automatic.

Start with standard pickup checks. Shoppers are advised to ensure that all maintenance requirements, and especially fluid changes, are up to date. Ensure any past transmission fluid changes were performed at a dealership, since the drain-and-fill procedure for Ram’s transmissions, and the refill fluid, are fairly specific. If you’re unable to confirm the service history of the model you’re considering, budget for a full fluid change, just to be safe. Your truck will repay you with longer life.

Arrange a pre-purchase visit to a mechanic of your choosing to have the undercarriage, tires, brakes and powertrain components inspected for damage, leaks, wear and other issues. Most shoppers should avoid a model that’s been heavily modified, especially if the unit is still under some portion of factory warranty. A full inspection of the Ram’s suspension, especially focusing on the vehicle’s front end and steering components, should also be carried out, and especially if any knocking, clunking or popping sounds or sensations are detected on a test drive.

If the unit you’re considering has an electronic 4x4 system selector, be absolutely positive it works properly. Switch between the various 4x4 modes as outlined in the owner’s manual, ensuring each one can be engaged and disengaged. Do this several times to be sure, and don’t simply take the seller’s word that the system works properly.

Note that a malfunction light or message relating to the four-wheel drive system (if equipped), may be an indication of trouble with internal system hardware, or the drivetrain control module computer. If the unit you’re considering is suffering from either problem, you’ll want to know about it before you buy. Here’s some more reading.

Upon any signs of hesitation, sporadic performance, a Check Engine light, or other operational fussiness, be certain to have the Ram 1500’s computer system scanned by a technician for signs of trouble with a powertrain sensor or computer component. Don’t do like many owners and simply throw new parts onto the truck when a check-engine light illuminates: scan the system, determine the specific nature of the problem, and address accordingly.

If you’re considering an older unit from this generation with the five- or six-speed automatic transmission, some owners say that a transmission flush at the dealer is a good idea to keep the gearbox shifting smoothly and seamlessly. Issues with hard or clumsy shifting seem inconclusive, though older transmissions should be flushed, likely ahead of their prescribed service intervals, and checked for leaks, especially around transmission cooler lines. A check of the transmission fluid level, as outlined in the owner’s manual, is also advised.

If the model you’re considering has the newer eight-speed automatic transmission, and if that eight-speed automatic transmission feels jerky and rough, a computer reflash at the dealer may fix the problem. Note that many owners report that the computer brain in this gearbox takes some time to learn and adapt to new driving styles, and that in the process, some degree of roughness is likely.

A note on the available air suspension system: though the majority of Ram owners have reported no issues, your writer has yet to find an air-suspension-equipped vehicle that doesn’t eventually cause headaches as it ages. The majority of complaints reported around the system in the Ram 1500 relate to the system becoming fussy and throwing error messages, or failing to respond properly, in cold temperatures. Though the system has its benefits, shoppers not dead-set on an air-suspension-equipped model are advised to skip this system. Here’s some more reading.

Confirm proper operation of the cruise control system on your test drive, noting that failure of the system to engage could be the result of a bad brake pedal switch, which is relatively easy and inexpensive to address. A blast of WD40 or some other lubricant into the pedal switch may extend its life temporarily until a replacement can be sourced.

If the central command touchscreen system in the unit you’re considering seems slow and sluggish, update software may be available to speed things up and enhance responsiveness.

Turn the RAM’s blower fan on, trying all speeds and climate control distribution settings. Do you hear a loud ticking noise in the process, similar to a helicopter, from inside the dashboard? The likely culprit is a baffed cabin blower fan, which will run a few hundred bucks from the dealer (considerably less from an auto recycler), and is a do-it-yourself replacement job for most owners.

Considering a Ram EcoDiesel? Numerous reported problems centre around the truck’s diesel emissions fluid (DEF) system, with owners having pumps, lines, and sensors replaced, under warranty. Other issues to be on the lookout for may include bad fuel injectors, bad fuel pumps, and warning messages or trouble codes stored in the engine computer. If you’re set on a Ram EcoDiesel, read this twice: before you buy, have the vehicle fully inspected by a Ram technician, both visually, and electronically, for stored trouble codes or other indications of problems. Further, have the dealer service centre confirm that all technical service bulletins and software updates have been applied. Extended powertrain coverage, if available, may be a good investment here, too.

Here’s some more reading on EcoDiesel issues and concerns, including engine failures – though readers should take this thread in context, as it solicits responses specifically from owners who have had serious issues. Again, keep sample sizes in mind, noting that the majority of owners have reported no issues.

This generation Ram pickup looks to be relatively solid on the reliability front, given reports of mostly minor issues in owner forums, the lack of systematic or rampant issues reported frequently, and considering all of the above against the total number of units sold. As such, maximum peace of mind will come from opting for a pre-purchase inspection, and any available extended warranty coverage that may be available.

A final note: here’s a tremendous list of recalls. Note that many are model-year specific, and that your local Ram dealer can quickly determine which, if any, are applicable to the truck you’re considering, if you provide the VIN number. 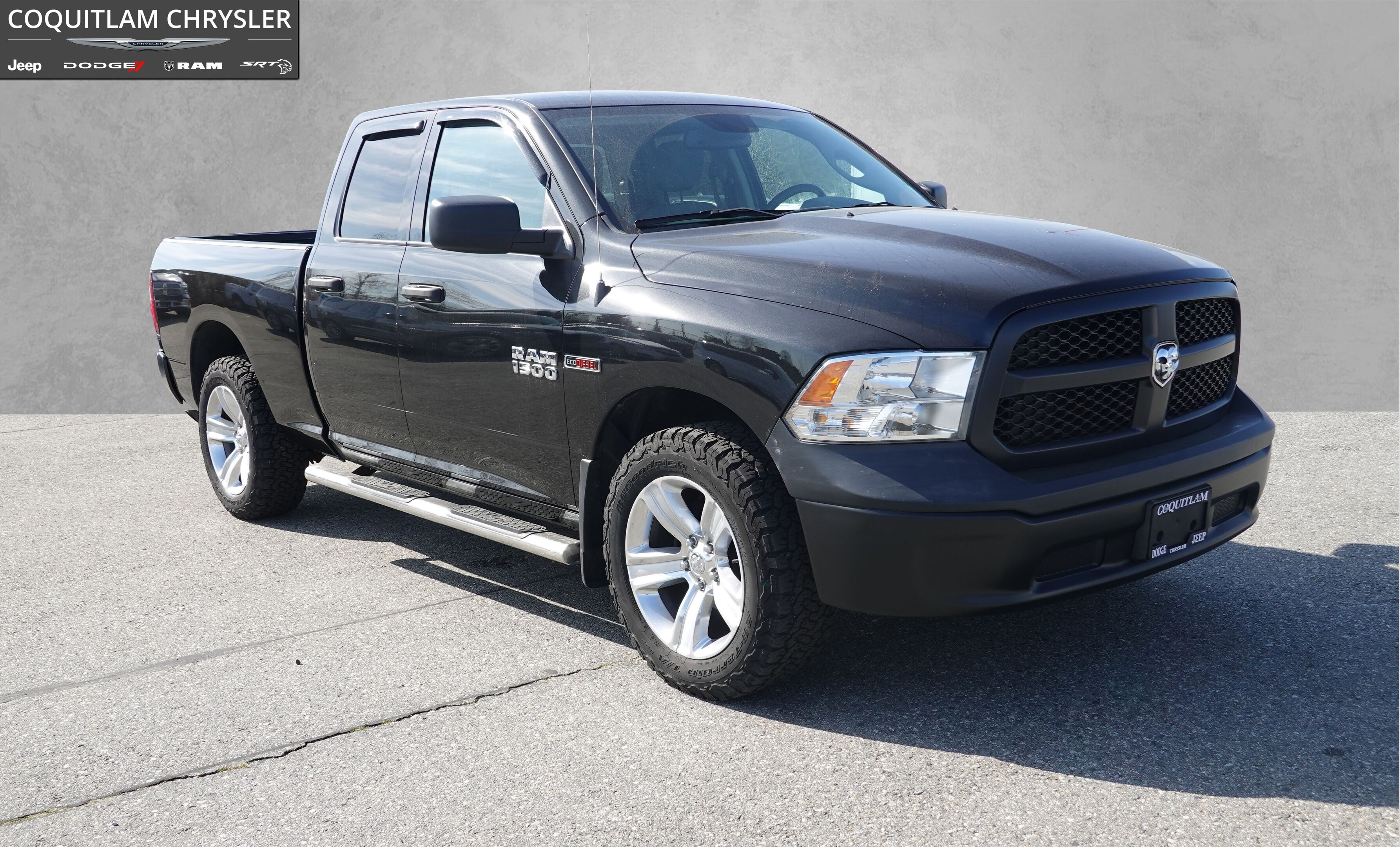